Now whenever I hear the phrase “our democracy” used by an influential person in a way which makes no sense based on the actual definition of the word, I sort of internally paraphrase the poet Ezra Pound in my mind by replacing that phrase with “Judeo-Oligarchy”. Then everything they said makes sense.
H

By Cassandra Fairbanks and Jim Hoft On Tuesday, November 3rd President Trump was ahead of Joe Biden in the swing state of Michigan by over 100,000 votes. This appeared to be another solid win for President Trump in Michigan with a greater margin than his 2016 victory. The ballot counting in...

If some people don't stop to investigate, then it's not over yet...
Click to expand...

The funny thing about the Time piece is that all their massive efforts before the election weren't enough to win the election so they still had to stop counting on election night and manufacture millions of additional votes for the commander in thief.
B

dies irae said:
No one will feel sorry for them when leftists end up getting screwed by the evil powers they collided with to overthrow Trump.
Click to expand...

Evil is no friend of evildoers, no matter how much they believe it so.
O

Pieczenik promised to never appear on Infowars ever again if Trump wasn't President after the 20th, he broke that promise and he's on, refuses to admit he was wrong and doing mental gymnastics like "I never say Trump would be inaugurated on the 20th I said he'd still be President" then sells us this bs theory he's running a shadow government in Mar-a-Lago blah blah blah.

Guys like him and Vox never admit they were wrong, they just triple down and change the goal posts to not lose face and attack the people who call them out as blackpillers or idiots.
Click to expand...

For anyone who did not watch the above video, Alex Jones ends the interview by playing a clip of Pieczenik reading one of his poems at some coffee shop, where he dedicates his piece TO LUCIFER.

Nebraska US Sen. Sasse pushes back against GOP activists

U.S. Sen. Ben Sasse of Nebraska is pushing back against some fellow Republicans who want the state party to formally censure him for his outspoken criticism of President Donald Trump after the U.S. Capitol riot. Sasse on Thursday posted a YouTube video response to county GOP activists in...

Hamilton said the party has received thousands of phone and email messages expressing dissatisfaction with Sasse after he said Trump “consistently lied” and promoted conspiracy theories after he lost the presidential election. Hamilton said he was aware of at least eight different petitions from local party activists calling for Sasse to be censured again.
Click to expand...

Where was this "absolute proof" in Mid-November? What use is this information? Biden has the guns, and controls the entire federal apparatus.

Gold Member
Folk really need to accept that what they think of as 'the system' is an outright lie. For more than a year, a loosely organized coalition of operatives scrambled to shore up America’s institutions

get2choppaaa said:
I never thought I would wake up and say "hmmmm Pit Bull is right"
Click to expand...

Shit Partner, Pitbull has always been one of the most common sense guys in the music business.
I used to know a Cuban boxer training in Denver and you couldn't pull the wool over these guys' eyes.
They can smell gov't BS from a miles away.

3stripedlakeshadow said:
Where was this "absolute proof" in Mid-November? What use is this information? Biden has the guns, and controls the entire federal apparatus.
Click to expand...

Apparently Lindell did a lot of investigations and tried to tell Trump and meet with him but Trump declined.

Cervantes said:
We're about to get a visceral understanding of what it felt like to be a Roman in 210AD.

Caracalla became Emperor in 198. In 212 he did a massive amnesty granting citizenship to every free man within the borders of the Roman empire. Shortly after disillusioned Roman citizens dropped out of the legion, and immigrants to Rome didn't join the legions either. (Joining a legion was a path to Roman citizenship). By 218 the empire was completely bankrupt. Caracalla married an Arab woman - but at least she was still a biological woman.

The commander of the Praetorian Guard (the emperors guards), Macrinus, attempted to save Rome by killing Caracalla and becoming emperor.

Within a year Caracalla's wife's sister managed to assassinate Macrinus and made her completely degenerate 14 year old grandson Elagabalus Emperor. Elagabalus replaced Jupiter as head of Roman pantheon with an Arab God "Elagabalus" - further alienating ethnic Romans from their institutions. Elagabalus wore women's clothing, makeup and wigs and insisted on being addressed as a women. He prostituted himself to men in taverns and brothels. He offered vast sums to any physician who would provide him with a vagina. He had large numbers of male lovers, and after marrying and divorcing several women married a male slave that he saw fall from a chariot in one of the Roman games.

Eventually in 222 the Praetorian guard killed Elagabalus and his mother, decapitated them, dragged the naked corpses through the city and threw them in the Tiber.

The next emperor, Severus was good and kept things together until 235 when Rome finally began crashing hard. By 285 the empire was split in two and dependent on barbarian mercenaries.
Click to expand...

I do understand what you mean and somehow I get the comparison you are making here.

By 285 Roman legions were made in large by Illyrians and natives of Paeonia in western Balkans and not mercenaries.

Being a legionary was a way of getting citizenship but not the only way.

Many natives of Senatorial provinces in western Balkans, Iberia, Northern Africa ( modern day Tunis and Algeria were very integrated into the Roman system) already had citizenship.

In Italic peninsula, citizenship was granted only by 85 BC after the Social Wars when Roman citizens and non citizens fought a bloody war that almost decimated the state. Half of Italy was not Roman citizens until that time.

After all Rome was just a Latin city that subjected other Latins and other populations such as Samnites, Umbrians, Celts, Etruscians, Messapians ( lllyrians) , Ventis , hellenic colons etc.

As I said, despite the act of 212 of Caracalla, the Roman empire was from reaching its end.

Why? Because other people , more or less the same race as Original Romans or Italic Roman citizens took charge, Illyrians.

Not arabs, not blacks.

From 249 Ad to 590 AD there would be 29 Roman and Eastern Roman Emperors of Illyrian blood or natives of Illyricum.

Starting from Decius and Claudius Gothics ( slayer of Goths) to Valerian in 270 AD ( unifier of The Empire ) and to the Golden age of Diocletian, Constantine the Great ( who established Constantinople and found the basis of the Eastern Roman Empire) and his dynasty.

The same with Valentinian dynasty who were also natives of Illyricum.

The same golden age in the Eastern Roman Empire in the end of 5th century and 6th century with Illyrian Emperos such as Anastasius, Justin, Justinian the Great ( who build Aghia Sophia) etc.

Actually the Roman Empire achieved a climax of power in 280s and in 360s when Julian the Apostate ( nephew of Constantine the Great) defeated Sasanids and reached Tehran only to be killed by an arrow.

What am I trying to say?

That Roman legacy continued when people of the same racial, genetic background took over despite that the ancestors of Augustus and Tiberius were not in charge.

Just like germanics started to build civilisations some centuries later after the fall of Rome, with the help of the latinised Celts. Unfortunately from Celts today we have only the Scots and Irish partially survived ( Rome damaged them badly) and From Illyrians only Albanians and Montenegrins ( at least genetically)

I have told to other guys in here that no comparison can be made between Roman Empire and USA.

Roman empire was dominated by Europeans and was not subverted. When the western part felt down, people of the same race invaded.

In USA , the degeneration and degradation in immense and that son of Caracalla is considered normal, but in Rome he was taken care off.

And what is more important is the demographic replacement.

USA is being replaced and invaded by people racially different than the founding fathers.

And when demographic changes happen, they can't be undone.

Who does a former US House Rep think is important enough to showcase above their fireplace?
Click to expand... 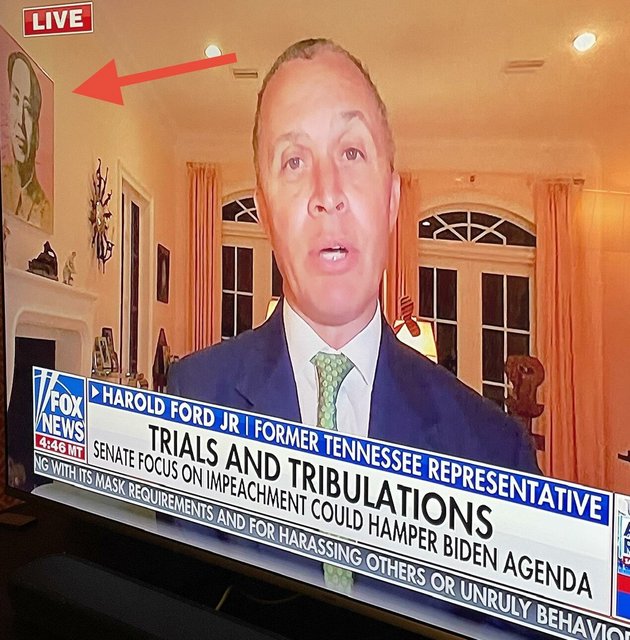 fiasco360 said:
Apparently Lindell did a lot of investigations and tried to tell Trump and meet with him but Trump declined.
Click to expand...