Interesting conversation. Powell maybe was too emotional at some points after election, but that doesn't change the fact that she was one of few who tried to do something.She is very disappointed in Trump...

Gold Member
She just confirmed pretty much to a t what we here knew. Trump had the opportunity, even the responsibility to stop the communist takeover of the world and he lost his nerve 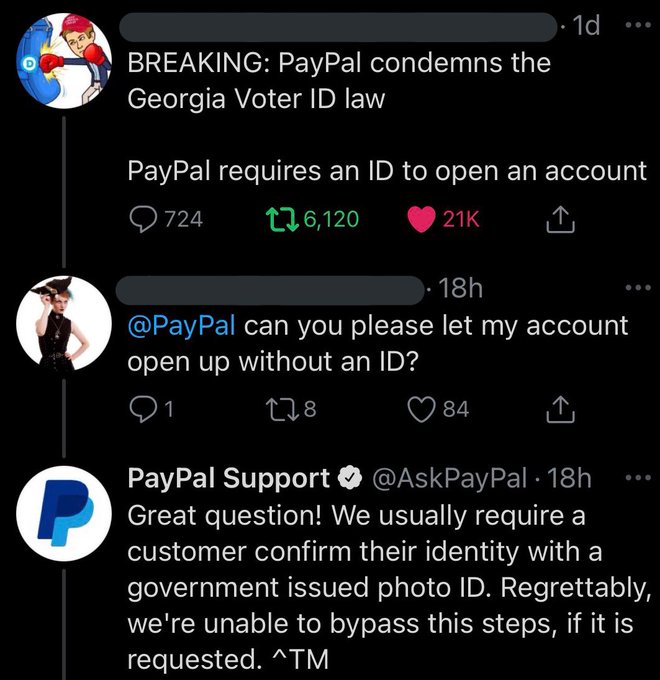 Gold Member
5 months after 'Selection' Day-- and it's clear the media has done a damn fine job of fooling the masses and sweeping all of the fraud under the rug. I even know some conservatives/folks who voted for DJT, who actually think Sleepy Joe legitimately won. One buddy of mine said Slow Joe won because (paraphrasing) "2020 was so bad, plus the way Trump mishandled the response to the China Virus." ::insert clown-world emoji here::

At this rate, the history books will read: Trump didn't actually win in 2016 (RUSSIARUSSIARUSSIA), was a horrible/incompetent/racist/facist president-- and then lost in an unprecedented election to conquering hero, Bejing Biden (and couldn't accept that he lost, all while brainwashing his 'white supremacist followers' to attempt to overthrow our cherished "democracy").
Last edited: April 4, 2021 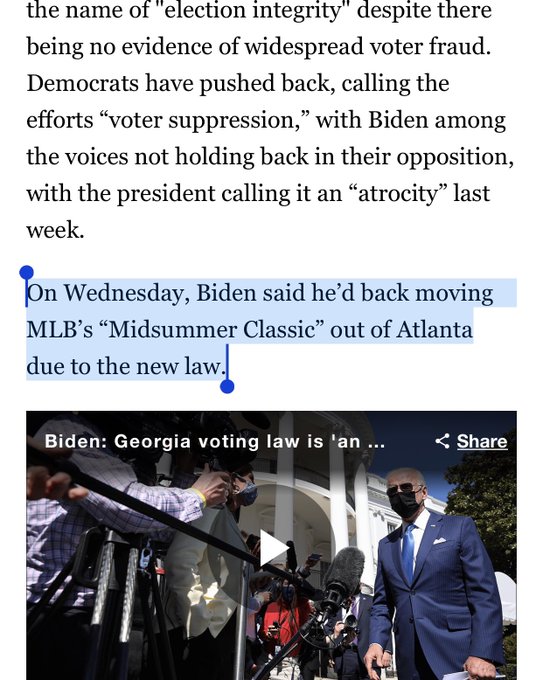 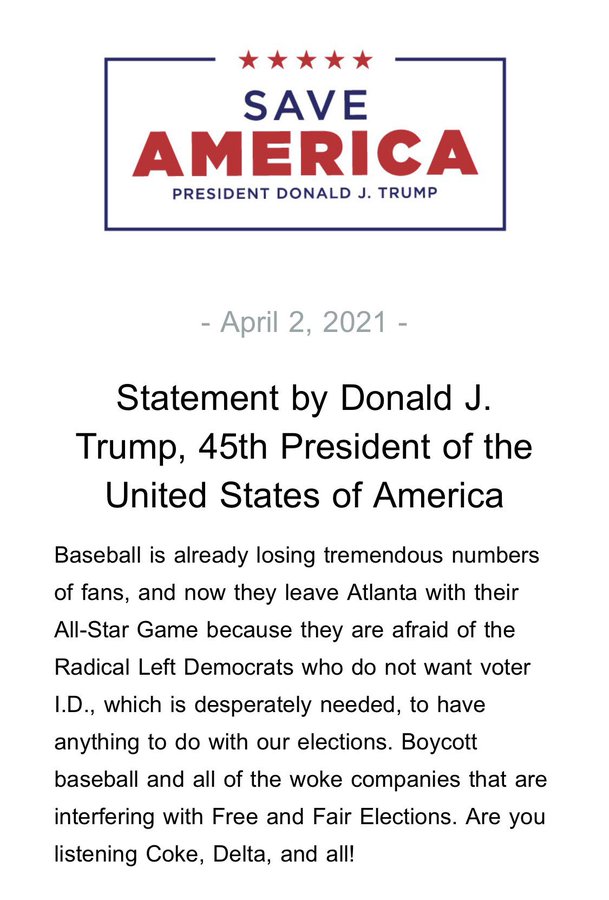 Why is MLB so racist against blacks who want a beer??

The efforts an be called Alcohol suppression against blacks.

Gold Member
I try not to fly United Airlines because they require an ID and all, which makes the whole check-in/boarding process difficult and inconvenient. 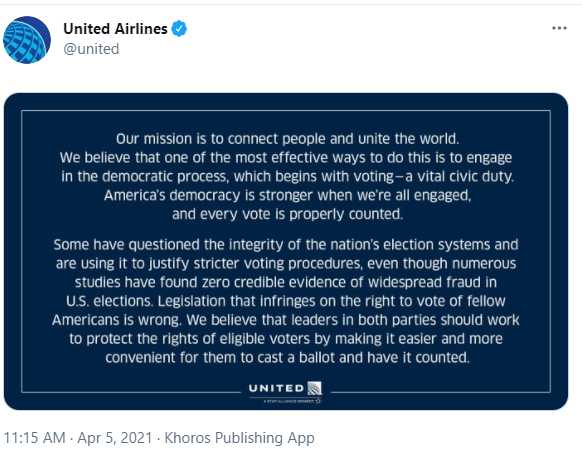 Gentlemen, time to start boycotting these companies. Don't bother buying their products. They can shove their fake "equality & democracy" where the sun don't shine.

Of all companies are worried about voter methods in Georgia?


Gentlemen, time to start boycotting these companies. Don't bother buying their products. They can shove their fake "equality & democracy" where the sun don't shine.

Can I get an early life check on those names?

FactusIRX said:
Can I get an early life check on those names?
Click to expand...

They all seem very irish

midwest_struttin said:
I'm on my 2nd Nassim Nicholas Taleb book and much like the last book I read he lambasts the mainstream media. Taleb seems to be interested in reading books from the ancients. Contrast that to the airhead Andrea Mitchell.

I've been saying forever that reporters should be required to get licenses that demonstrate IQ and morality. The profession is collectively dumber than a box of rocks.
Click to expand...

get2choppaaa said:
They all seem very irish
Click to expand...

Hey, cool it with the anti-celticism.

Gold Member
At this point, the government of USA doesn't really exist anymore. It's just a front used by a shadowy oligarchy to allow for easier rule.

get2choppaaa said:
They all seem very irish
Click to expand...

Leprechauns have a pot of Gold at the end of the Rainbow. [[[Coincidence]]]?

Delta Air Lines reportedly canceled about 100 flights on Sunday due to staff shortages and placed some customers in middle seats for the first time in a year.

“We apologize to our customers for the inconvenience, and the majority have been rebooked for the same travel day,” Delta said in a statement, The Atlanta Journal-Constitution reports.

The airline said that it has had more than 1 million passengers in the past few days, the Journal-Constitution reports, the most it’s seen since the pandemic began.

Delta said it unblocked some middle seats Sunday and Monday but would continue keeping passengers out of those seats through the rest of the month.

The company had announced on Wednesday that it would be reintroducing the sale of middle seats beginning May 1, about a year after it stopped selling those seats to allow for some social distancing on flights. Onboard drinks and snacks will also return in mid-April. Boxed meals will return in July.

“The relationships we’ve built, together with the knowledge that nearly 65 percent of those who flew Delta in 2019 anticipate having at least one dose of the COVID-19 vaccine by May 1, are what’s giving us the assurance to offer customers the ability to choose any seat on our aircraft, while also introducing new services, products and rewards to support the journey,” Delta CEO Ed Bastian said in a statement last week.
Click to expand... 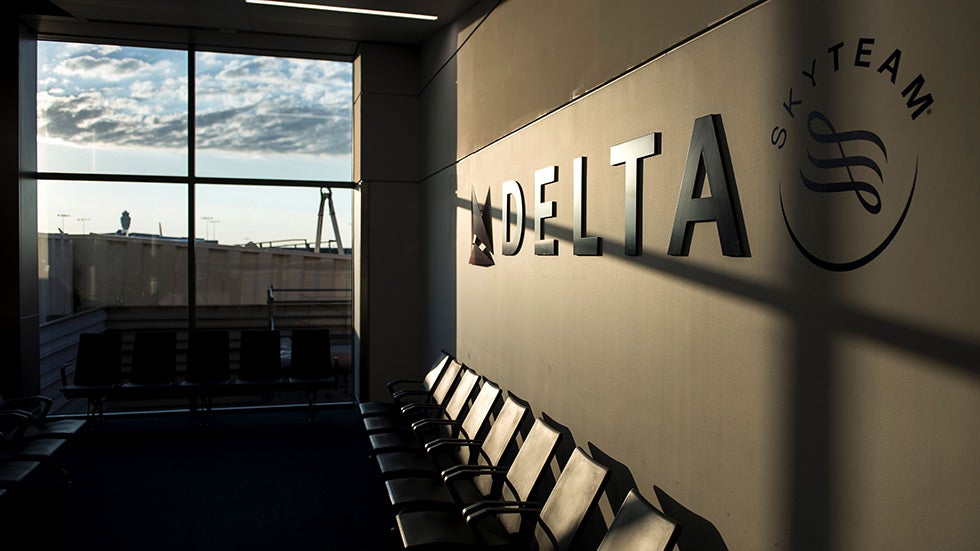 Delta Air Lines reportedly canceled about 100 flights on Sunday due to staff shortages and placed some customers in middle seats for the first time in a year. 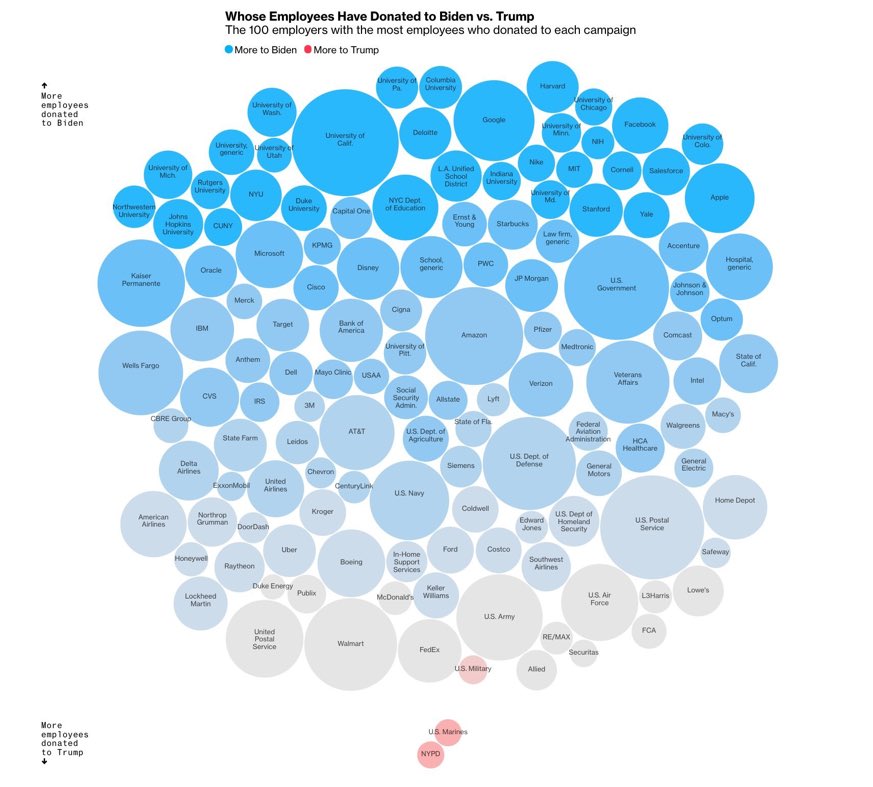 Gold Member
"That was one of the weirdest interviews I've ever conducted."

It was totally bizarre, as was the guy on Cuomo’s show basically admitting to extortion (while denying it, of course).

Yep. The guy blocked me on Twitter because I called him out on his idiocy. I use to actually enjoy his point of view - especially on "experts."
He acts like he's got nothing to lose since he has "fuck you money" but I don't' doubt he got paid a little visit from some "friends" nudging him in the right direction.

He's also an incredibly arrogant middle eastern man that won't ever admit he was wrong. Then he posts his little "math teasers" when he's got nothing else to say.

On another note - I saw this today. Dan Crenshaw posted that he has a detached retina and he's going to be MIA. I know the guy is blind in one eye and all - but it's just an interesting coincidence. I wonder if he will be posting a picture of himself with his and joining the black eye club. 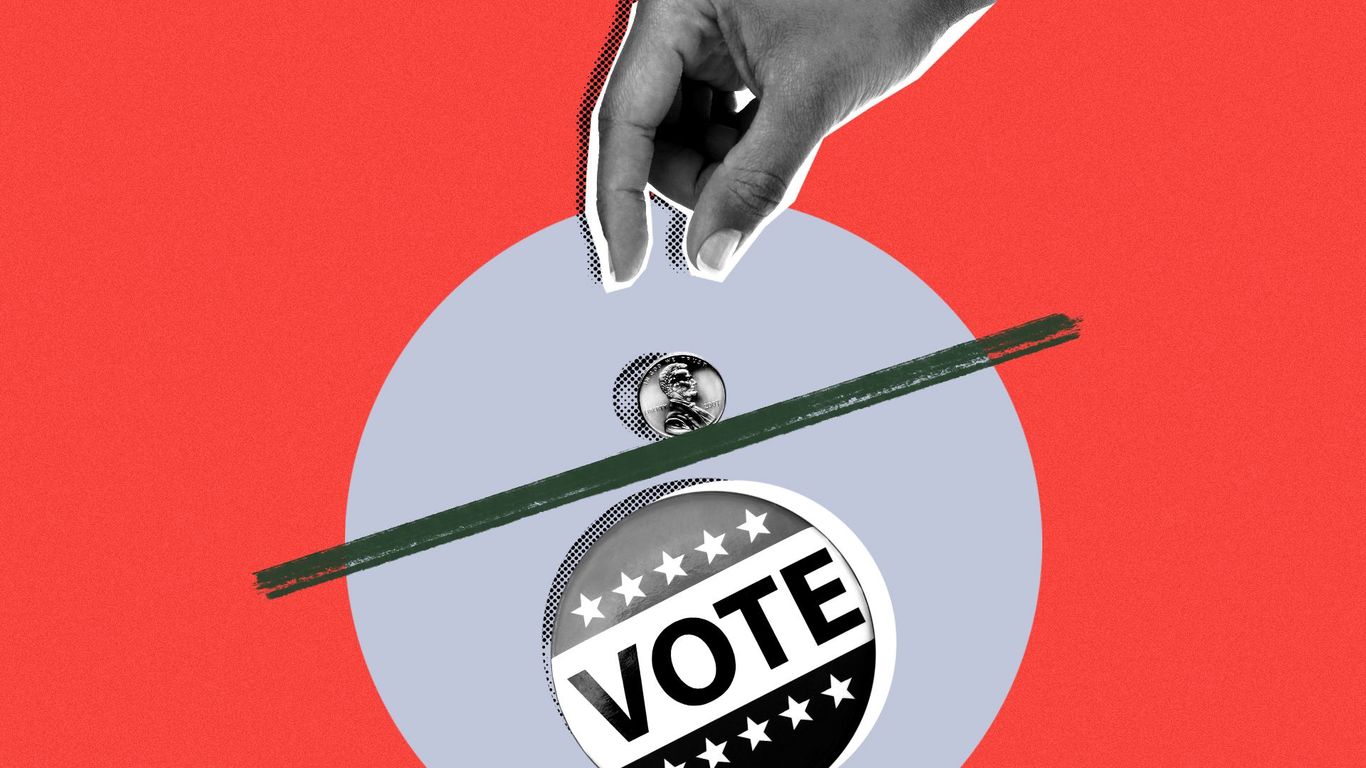 The Zoom call included representatives from the NFL, retailers, and major airlines.