Not sure if this has been posted here already.

By the time this stuff is about to come out, Klaus Schwab will pull the plug on the electrical grid and nobody will even care about the election anymore.

Putin asks a reporter if the US ‘assassinated’ Ashli Babbitt.
Click to expand...

"We have a saying: 'Don't be mad at the mirror if you are ugly,'" he said. "It has nothing to do with you personally. But if somebody blames us for something, what I say is, why don't you look at yourselves? You will see yourselves in the mirror, not us."
Click to expand...

The FBI says the QAnon conspiracy theory could be a ‘catalyst’ for political violence, as followers decide to stop trusting the plan and taking action. Why are we hearing about Q again, if the whole thing has died?
Click to expand...

Because they need the boogeyman of an armed, dangerous, violent right wing that’s just waiting to coup again.

Easy_C said:
Because they need the boogeyman of an armed, dangerous, violent right wing that’s just waiting to coup again.
Click to expand...

I'd say the question was somewhat rhetorical in that regard.
Especially when one considers the supposed need to concoct danger.

What? Are 'They' not entirely comfortable...?

Gold Member
I volunteered a couple of months ago to help with the election integrity investigation committee of my local Republican chapter. Unfortunately, they responded by doing like they usually do by immediately calling me up and asking for a donation in order to be able to "fully participate" in the local chapter. They always do that and it always makes me regret volunteering to help them out with anything. Because of that, I haven't actively participated in any of the discussions or meetings, but they put my name into their email and virtual meeting groups anyway, and I've been able to read all the ongoing investigation and discussion.

From what I'm seeing, nationwide, the Republicans are uncovering evidence of absolutely massive voting fraud, even in places where the Democrats didn't need to worry about winning. Items like three-bedroom houses in middle-class neighborhoods recording 16 people voting from that address. Nursing homes that had 100% absentee ballot participation with all the ballots mailed the same day. Irregularities with the voting machines, and not just the Dominion ones.

A number of Republican-sponsored organizations will start filing lawsuits soon. They're under some time pressure because many states have to purge their voting machine databases in preparation for this November's local elections.

I don't think they'll make much headway with the lawsuits, but hopefully it will motivate the Republican-controlled legislatures to make sure they fix the election integrity issues in their states so that it will be harder for the Democrats to do this again in future elections. We'll see how it goes.

I was talking to a middle-aged lady at a local hamburger restaurant who was a Trump supporter. When I mentioned the election fraud issue, she said "Why are the Republicans so reluctant to fix the problem?" Conservative voters in the US evidently aren't happy with how the Republican Party has been treating the voting integrity issue, and are expecting them to step up and get it done, or else it's definitely going to affect conservative voter turnout in future elections.

Gold Member
over half the nation know this election was stolen.

Gold Member
From what I'm seeing, the Republicans have discovered that in Georgia, the election officials in Atlanta/Fulton County accessed their ballot counting machine tabulations for absentee ballots several days before the in-person voting on November 3, 2020. The theory is that Democratic election officials around the country, not only in Atlanta, did so so that they would know how many votes they needed to fabricate in order to make it look like Biden had won by the evening after election day. This is one of the reasons that some Republican legislatures are trying to make the rules on ballot counting more transparent and regulated in states like Arizona, Georgia, Michigan, and Pennsylvania, and it's why the Democrats and the mainstream media are so upset about it. 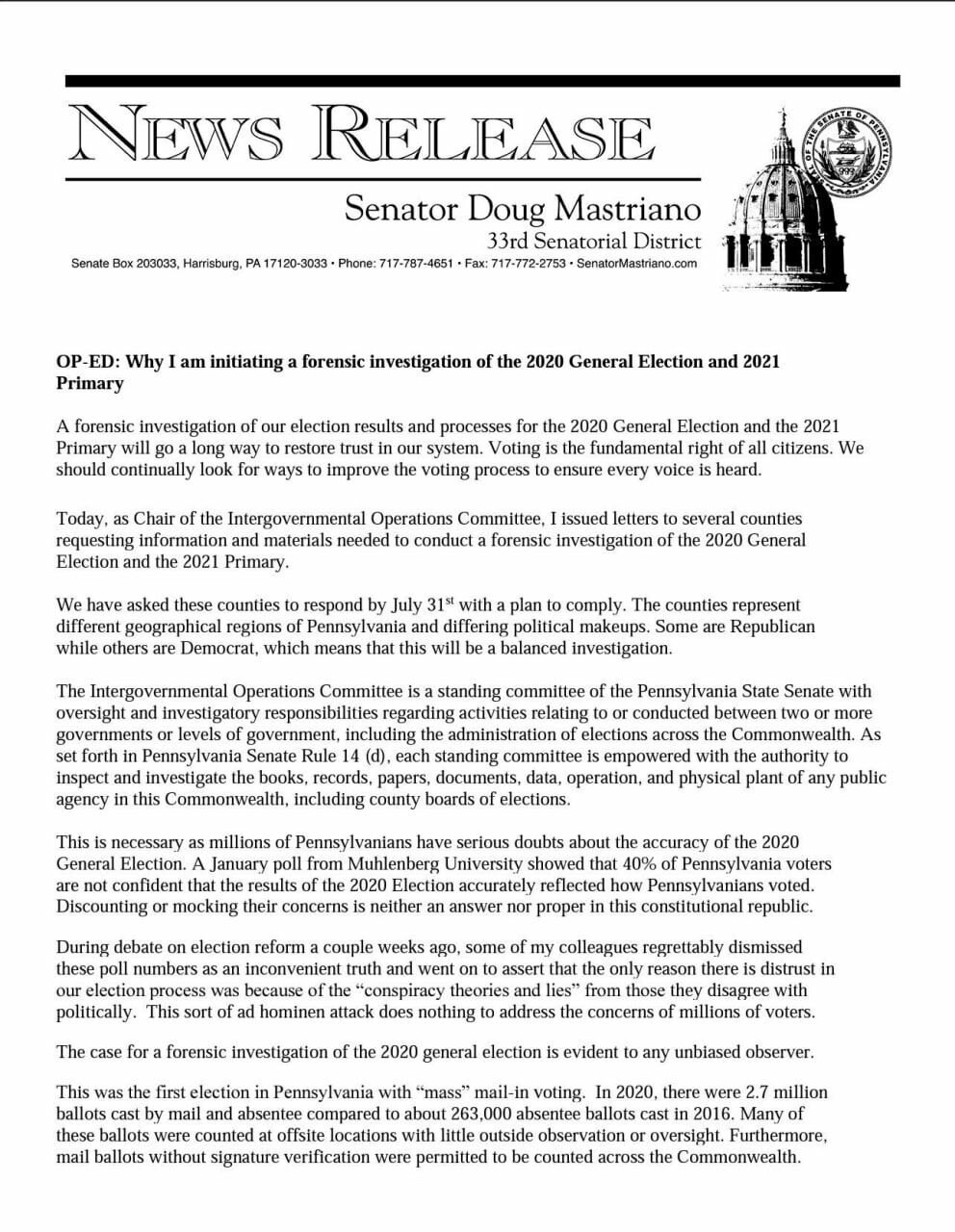