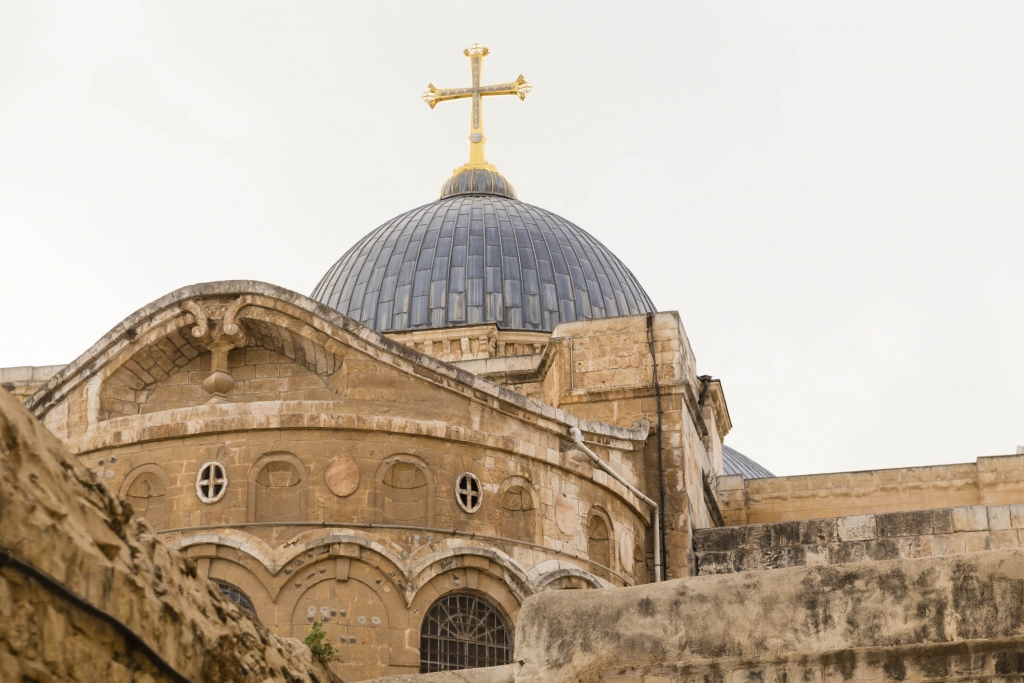 1. “Whoever is not participating in the divine services is dying spiritually by falling away from the Church…” [Link]

4. The basics of spiritual life [Link]

5. God will allow the Great Apostasy at the End of Times [Link]

6. “The Zionists want to rule the world” [Link]

8. Introduction to the Jesus Prayer [Link]

9. “Our judgment of the other is really about ourselves, our own actions, words, attitudes and temptations” [Link]

10. The art and science of prayer [Link]

12. “It’s often the will of God that the wondrous deeds of ascetics and virtuous monks remain hidden from our eyes as long as they’re with us.” [Link]

15. “College life will doubtless give you many temptations. But remember that learning in itself is useful and can be used later in a Christian way.” [Link]

16. On dealing with distracted prayer [Link]

17. Lessons from the life of Fr. Seraphim Rose [Link]

18. “It seems since the appearance of Christianity on earth there have never been more ‘evil days’ than those we are now experiencing.” [Link]

21. The Orthodox Christian justification for NOT getting the coronavirus vaccine [Link]

24. If God grants the gift of parenthood to a family, it means it is essential for them [Link]

26. The escape from materialism [Link]

27. The future of Russia and the end of the world [Link]

28. “Only a caring father can completely protect a child from the evils of the world” [Link]

29. “The best death for a Christian is, of course, martyrdom for Christ the Savior” [Link]

30. Enemies of Orthodoxy in the Modern World [Link]

32. The danger of imagination and fantasy [Link]

33. The Orthodox view on the Mark of the Beast [Link]

Roosh said:
18. “It seems since the appearance of Christianity on earth there have never been more ‘evil days’ than those we are now experiencing.”
Click to expand...

Isn't that the truth.

And post Christianity we had/have paganism everywhere accompanied by mountains of skulls in Russia and China etc. and one of the biggest scams - in covid - ever perpetrated on the whole world, which is only in preparation for the biggest scam of all: the antichrist.

How lovely is paganism.

(Disclaimer: what follows after the quoted text below is a lot of speculation on my part. I in no way say it's definitely true, but just something I've thought about as a kind of "keep it in your back pocket" possibility.)

From article 18 itself: "So that the people brought to hopeless despair will seize on the Antichrist when he appears as their savior from all these ills and troubles"

In that regard, I read somewhere once that the devil is second only to God in intelligence and whatever else. This isn't to downplay the intelligence etc. of God, but to highlight the depths of the devils deceit.

While it's true that the plandemic has fooled many people, it's equally true that many, including non-Christians, have seen through it, and that almost everyone in unison hates what's happened - wishing it would all just go away. As such, people want to be saved FROM what's happening and not BY IT; and this for me doesn't have the markings of the devil's true capacity for deception.

And then there's Klaus Schwab's 'great reset.' Who on earth really wants that? "Oh thank you technocrats for saving me from owning my own things in privacy." Does that sound like a hook the antichrist would use? Certainly, the invasive infrastructures being established during covid, the great reset, and whatever else these people have in mind for us, could still be used by the devil, but I think the form and stated purpose of these things would take on different - and more alluring - dimensions.

None of this is to say that the technocrats are necessarily planning plandemics and great resets and the like so that the antichrist can simply swoop in and save us from them. No. Rather, the technocrats are probably genuinely committed to their cause, while the devil, in true form, plans to sell them out - once whatever is useful to him of theirs is put in place.

At this point, I envisage all the evil committed by the elites being exposed; and to that end, I find the recent case of Ghislaine Maxwell to be of interest: how and why did she ever make it to court?!

And so imagine: all the unspeakable perversions of the elites finally makes it into the mainstream media, helping the normies to believe for having watched it on Good Morning Australia, and making the conspiracy theorists feel vindicated for having taught these things all along.

What joy people would feel!

Not because the elites are evil, but because whoever was outing them had come to save the world; and all of humanity - both left and right; normie or not - could unite, putting to rest all the division created by the elites for the personal ends they had in mind.

And here's the kicker: if people - or to be more precise, faithful Christians - thought it was tough to be against gay 'marriage' and the kill shot etc., imagine standing strong against him - the antichrist - who'd just freed the world from all the paedos. "Oh you approve of the degenerate behaviour of the elites do you Christian?"

That, to me, is a deception that's in line with the devil's ability to deceive.

Roosh said:
24. If God grants the gift of parenthood to a family, it means it is essential for them [Link]
Click to expand...

The interview starts off by discussing feminist terminology, and proceeds with discussing if fertility treatment method is permissible.
Was not familiar with the label "militant atheism," when the Orthodox OB/GYN specialist used to describe this method.
From Wikipedia:

Guided by Bolshevik principles of communist propaganda and by the Party's orders with regards to religion, the League aimed at exterminating religion in all its manifestations and forming an anti-religious scientific mindset among the workers.[5][6] It propagated atheism and scientific achievements,[7] conducted so-called "individual work" (a method of sending atheist tutors to meet with individual believers to attempt to make them renounce their faith)...
Click to expand...

Today's Science and Scientists have similar views it seems. Here is one example.
A scientist's opinion in error attributes high moral standards only to religion disregarding natural law:

The article title should not be a shock:

All Scientists Should Be Militant Atheists

Scientists are often reluctant to disagree with religious ideas. The Kim Davis controversy shows why they shouldn’t be.

Catholic
Thanks for the list. The 30 Years' War was horrific, and rivals any modern calamity or war, in barbarism, cruelty and death. The populations of nations just weren't as big back then, that's why it is overlooked.
N

Catholic
I just finished reading article #14. Wow, it was fantastic. Anyone who has trouble with repeating the same sin over and over can benefit from this article, IMHO.
Share:
Twitter Email Share Link
Top