SEVERAL soldiers have been injured after being hit by a vehicle in the Paris suburb of Levallois-Perret, according to French media reports.
AFP have reported six people are injured as a result of the incident.
According to reports two soldiers were seriously injured and have been taken to hospital.
“Police intervention is underway. Search underway for vehicle,” the Paris police department said in a tweet on Wednesday.
Six soldiers were hurt, four of them lightly and two more seriously, a police department official said.

A police spokesperson said the vehicle appeared to clearly target the soldiers but the motive is unclear.
French police say a major operation is underway and they searching for the vehicle involved.
The incident has been described as a hit-and-run.
Some initial media reports indicate the attack is terror-related.

French media have reported the Paris mayor as saying he believes it is a terror attack.
Click to expand...

Those fucking Buddhists, why aren't they confiscating their keys along with their prayer beads???

RE: 6 French Soldiers Hit By Truck In Paris Suburb, MSM Baffled About

Gold Member
Glad none of them were killed.

I also hope their injuries are not life-changing.

Silver linings. 6 soldiers + extended family just got red-pilled hard, or if they were red-pilled already then they're going to be approaching levels of Right previously unthinkable.

Best wishes for a speedy recovery, lads. And don't forget to kick a box or two of rifles off the back of an army lorry in a blue-collar neighbourhood.

Gold Member
Soldiers getting mowed down on the streets... just part and parcel of living in a big city.
D

This is right next door to where I work.

What is interesting is that Levalois-Perret is the rich neighborhood bordering Paris. This is where all the new companies are housed, and its residents are notorious for having a much better lifestyle and higher price tags on everything.

I see patrols everyday going to work. They walk in groups of 3 and always has 1 women... the municipal police guard also are mostly women.

These fuckers are either blinded by hatred of the military or really smart. If they start running over some bourgeoise chicks walking her little puppies, or some executives on the way to work, people would really start to pay attention. The rich French can start getting really bitchy when they realize they can't conduct their life in peace.

But since they "only" target French soldiers, who obviously doesn't contribute to baguette and wine production, nor to the latest trends of fashion and tweets, it's obviously no big deal.

There's a general animosity toward the military in these snobby areas of Paris, so it would actually make sense to use it as an attack area.

I'm glad nobody make the joke about "French driving"
N

It's time to put in the soldiers in the ghettos.

That will do it.

The motive is always unknown even if he is found screaming Allahu Akbar while holding an ISIS flag.


The Muslim who got caught wanting to board a UK plane to Italy with a self-made fucking pipe-bomb - his motive is also unclear despite him and his wife being very active on social media with content that is of course not-hate speech, because Islam is a religion of peace.

No worries Dalaran, I got something better 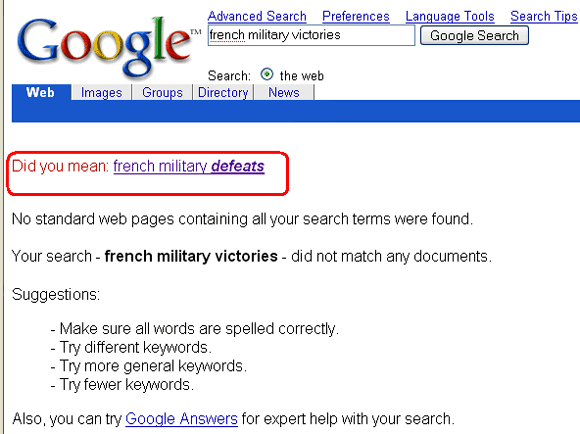 No worries Dalaran, I got something better 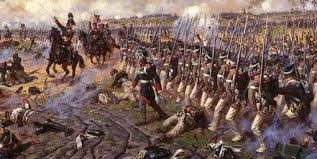 Napoleon almost managed to conquer Europe, Russia - if he had managed to consolidate that then France would have become the biggest empire in the world.

That is just 200 years ago. The French can fight - WWII was just a WWI preparation that went completely wrong - they were overrun by modern military tech.

I personally find this baffling. Vehicles have always been a peaceful machine. For one to go rogue makes no sense. Instead of blaming this tragic incident on the automobile involved, we should stop and ask... Who drove him to such actions? Maybe this image can help lead us to the truth...

Ban the trucks. There, problem solved!

Scenes from the attack - narrow street - tough to avoid unless you are a paranoid motherfucker who preemptively expects the worst coming from any car driven by a Muslim-looking man.

The shithead drove away.

But someone got shot and arrested over the recent act.

A man has been shot and arrested in relation to Wednesday morning's assault when anti-terror soldiers in the northwestern suburbs of Paris were rammed into by a car, leaving six injured.
French security forces have shot and arrested a man suspected of being behind an attack on a group of soldiers on Wednesday morning in the town of Levallois-Perret, security sources told AFP.

The man, aged in his late 30s, was intercepted on a motorway north of the French capital in a vehicle used to drive into the soldiers, the sources said, asking not to be named.

One source close to the case said the man had been stopped at the wheel of a BMW driving towards the northern port of Calais.
Click to expand...

Seems like he wanted to cross to the UK and mingle among the child-refugees there.

Enigma said:
^ Napoleon wasn't even French though.
Click to expand...

This is splitting hairs, probably worse. He was Corsican, and Corsica has been part of France since 1768. It's not like he was born in Puerto Rico and people call him an American.

Also, even if you were to attribute his aggressive and military brilliance to being Italian (culturally speaking) he would still be the most dynamic Italian, since Roman times.

Dude was just a badass in his own right. He is French. His own father was a French government representative.

Also @ Zelscorpion, the French did not fail in WW2 because of poor prep from WW1. They got overrun in WW2 because they stopped innovating weapons and mobility. They and the British had the first tanks, only because the Germans did not get it first and that trench warfare bogged all sides down. They did not have the luxury to have long battles with Germany to sit around and think about something new that could help them. Also their empire was weakened from WW1, so all those foreign troops they relied on in the past could not save them in time either. A classic case of Germany getting beat by next gen mobility then turning around and inventing an even better version and creating a new strategy calling it Blitz or Lightning Warfare because it is so fast.

You could make a great argument that Napoleon lost his Russia campaign mostly because he could never catch the retreating Russians fast enough. Because he was obsessed with catching them, he never worked out his logistics like you alluded to. Ended up freezing to death and had to retreat.

Leonard D Neubache said:
Glad none of them were killed.

I also hope their injuries are not life-changing.

Silver linings. 6 soldiers + extended family just got red-pilled hard, or if they were red-pilled already then they're going to be approaching levels of Right previously unthinkable.

Best wishes for a speedy recovery, lads. And don't forget to kick a box or two of rifles off the back of an army lorry in a blue-collar neighbourhood.
Click to expand...

That was the only thing worth to write here.

How about Charles Martel the Hammer (cant get more French than his name) who beat the Muslim senseless at the battle of Tours, preventing Europe from turning into a Muslim Caliphate?

Or Charlemagne who founded France and Germany and basically established Christianity as the dominant religion of Europe?

Or Godfrey of Bouillon, leader of the first and only successful Crusade, who braved sea storms in primitive ships, scorching deserts, disease, thirst and famine and took Jerusalem because he thought he was serving God? And unlike the snobby French knight with a huge superiority complex, he actually refused the title King of Jerusalem because he believed the city belonged to Christ.

Joking aside, anyone feel strange that 6 soldiers were canned by a vehicle, and not even able to fire a single shot during the whole shenanigan? Leading to the killer getting away easily?

Some friends told me that the guns French urban forces are carrying are actuall empty. I dont know just to what extent it is true. It wasnt empty during the Louvre machete attack.

Maybe I watched too many movies, but after the crash shouldn't the soldiers be trained to fire at the vehicle or at least its wheels? Or were they already incapacitated?

Seriously when the more violent attacks come I dont know how they can even keep up the pretense of protecting the people, when all it takes is some nutter in a van to incapacitate 6 soldiers.

Gold Member
Hmmmm...those pesky Amish are at it again, huh?

And the resident RVF Mohammedans/apologists are silent yet again. Color me shocked...

Enigma said:
^ Napoleon wasn't even French though.
Click to expand...

They don't speak Swahili in Ajaccio, at least not yet.

Zelcorpion said:
[Scenes from the attack - narrow street - tough to avoid unless you are a paranoid motherfucker who preemptively expects the worst coming from any car driven by a Muslim-looking man.
Click to expand...

Should not be made fun of.

France waged war probably every decade plus fought in their colonies so compared to most countries that exist today, French got more victory notches than most, would not be surprised if France was in the top 5 countries that won the most wars in history.

The only funny thing about them is "Hey, Buba from colony XY will eventually join our cause, he is a christian after all."

PS: Was Napoleon not from some Italian noble house? I mean it's nothing surprising, shitload of Russian nobles were actually german etc. The fact that he fought for french does not make him french and it's nothing strange, I would not be surprised if my ancestor 400 years ago lived in a town that was owned by a guy that was from a country 700km away.
You must log in or register to reply here.
Share:
Twitter Email Link
Top