Orthodox Inquirer
I wanted to like this guy but he just comes across as a low IQ frat boy.
I saw a debate with him recently and he contributed absolutely nothing to the discourse except yelling awkward and unfunny things while dressed well.

This is one of his "better" contributions to the discourse.


(Apologies for posting any video that includes the insufferable Destiny / Steven, and there is tons of casual profanity and other than Nick doing a phenomenal job the rest of it is pretty boring and bad, especially after Lauren Southern leaves which is after about half an hour).

Alex didn't say very much in the debate, and at the beginning I was upset at him for not speaking more because I had just heard of him and "liked" him but by the end I realized he had nothing to say and was glad he kept his mouth mostly shut.

But @8ball nails it. He is not the dissident voice American needs, but he is absolutely the dissident voice America deserves. And I think increasingly we are going to get less and less quality on all sides. There is not going to be a JFK or a Huey Long or even an Alex Jones from our generation. They simply can't evolve in the culture (literally and metaphysically) that we have created. The best we could expect in the future is something like a "President Camacho with 1999 views."

But there was a woman in that debate who I did find interesting named Marie Oakes.

Here she is making the point that liberalism doesn't make women more free; it oppresses them by forcing them to take other paths than pursuing motherhood, which is what makes them happy. And that her peers all view motherhood as something onerous and unpleasant, which is a weird thing for a society to encourage. She's not yet a Christian but is worth praying for.

My take on Alex was that he was far too old to be acting that immature and silly. Nick is much younger than him but much more thoughtful and poignant.

Tom Slick said:
The kind of goofiness he did with AOC does not impress our enemies. It just lets them know we're not serious. That's how Trump often came across to them.
Click to expand...

You are worried how you come across to the enemy? This is exactly why conservatism has been a colossal failure and in fact conserves nothing.

EuropeanCanon said:
You are worried how you come across to the enemy?
Click to expand...

Worried? No, not exactly.

It's about plans for strategies and tactics and when you make those plans, you do consider your enemy's sttengths, weaknesses, how they are likely to react to certain things, etc
M

Banned
Other Christian
I feel for Alex. Going into activism wasn't his choice. If you didn't know his mom died because of COVID incompetency at a Dallas hospital (Baylor) whereby the hotel treated her with detrimental, ie medically questionable, drugs contrary to her and Alex's wishes. I believe the case is just being litigated now.

He started speaking out at council meetings about COVID restrictions as a distraught citizen but his concerns fell on deaf ears. That's when he started being hyperbolic and trolling because it was a more effective way to generate a public response. He talks about it in a lot of podcasts he's done.
W

He also did an interview with Jay Dyer on Youtube that was pretty darn funny.

Orthodox Inquirer
This guy is rather immature, and not very deep at all, but he can be funny and he definitely has guts.
Here he is confronting "Eyepatch McCain" Zioclops and calling Ted Cruz a globalist coward.


But this dressing up in fatigues and recruiting for the Ukrainian foreign legion is almost Sam Hyde level comedy.
He's not a thought leader and he doesn't belong in debates, as I posted above, but he puts a good bit of work into these skits and they are funny.

Other Christian
Gold Member
I thought his harassing the Vice reporter wasn't very funny, but it was interesting that she stood there and didn't walk away. I guess she didn't feel very threatened.

It seems that his style of humor and satire can be hit-or-miss. If he keeps practicing it, and assuming he doesn't have any drug addictions or mental illness issues, he should get better at it over time and stick to the routines that work the best and improve at improvising.

Orthodox
I support Alex Stein confronting the shills for the War Machine, like Congressman Dan Crenshaw.

I think these are effective tactics. What's your take?

Gold Member
Instead of replying on twitter he went and tweeted at him in real life.

Catholic
Anyone knows if this guy is a Jew?

A man in scrubs walks up to the microphone at a city council meeting in Dallas.

“I didn’t get to have a bar mitzvah or any of the cool Jewish stuff as a kid,” he said. “I would have loved to have had one.”
Click to expand... 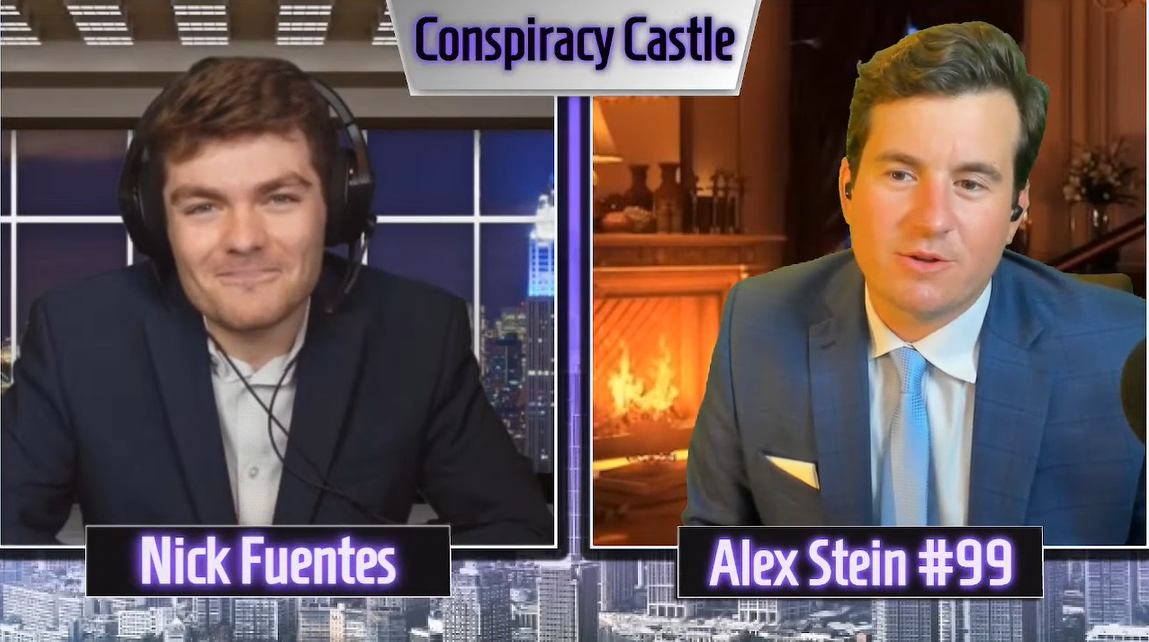 Anyhow I don't trust him, the guy gives me a bad feeling, Baron Sacha Cohen kind of bad, funny yeah, but in Jewish way, the actor, making fun of the people he interacts with while being invulnerable in his role.

Catholic
I've only watched one video of him and that's enough.
This is nothing but cheap entertainment and I'm amazed that here in the forum someone like him is even a topic.


paternos said:
Anyone knows if this guy is a Jew?

... while being invulnerable in his role.
Click to expand...

You have already answered the question by yourself.

I think these are effective tactics. What's your take?
Click to expand...

I don't see it as directly effective. Remember everyone in DC is owned by Wall Street bankers and they are paid very well to play a certain role. Crenshaw is paid 7 figures a year to play like a "moderate war hero" and as long as he stays on script, he will keep his job or lose the next election and make even more as a lobbyist. So it will not change anything politically, or it is unlikely to do so, though it might put enough pressure on Wall Street banks to slowly walk back their strategy.

But I see it as indirectly effective. It will cause more people to see what cowards our elected officials are. How simple questions make them run and cry about being "harassed". It will cause more young people to become politically active outside the DC inner circle, which will cause the Wall Street banks even more problems. It will cause less people to volunteer for the military and make the war profiteering more difficult.

It is a nice assist in the right direction and good entertainment. I am sure Alex already is, or will be soon, used as a gatekeeper, but we are seeing that gatekeeping isn't working with the economy falling off a cliff and no one in either party with any answers or real plans to fix it.

Orthodox
Another one with Crenshaw. He's getting engagement. Crenshaw has no depth for this kind of confrontation, which is not that surprising considering the kinds of PR he's done in the past. Obama was even less capable.

If this is a way to reveal to additional people in the USA what their Congress critters really are, then I'm all for it because those people are the worst kind of traitors, especially war hawks like Crenshaw.

Catholic
The (((Schulmeister))) is not very impressed with the performance of the (((Stein))) guy. Should we be surprised by this or not?

paternos said:
Anyone knows if this guy is a Jew?

A man in scrubs walks up to the microphone at a city council meeting in Dallas.

Anyhow I don't trust him, the guy gives me a bad feeling, Baron Sacha Cohen kind of bad, funny yeah, but in Jewish way, the actor, making fun of the people he interacts with while being invulnerable in his role.
Click to expand...

Did you read anything in this thread? It's allegedly been answered on page 1.

Orthodox Inquirer
I agree with some other intelligent truthers that mockery and ridicule is one effective strategy to be used against the hypocritical and demonic elites who currently employ no consistency of laws/rules and use arbitrary power against the entire population. They really don't like that they get no respect from the average Joe.
F