Thomas More said:
Wow! This is dynamite stuff. Most claims of govt operators being involved in false flag operations are a little weak, and can at least be suspected of being conspiracy theories. However, this looks it's more likely than not that active duty military and police were complicit in these acts. I know some ex and current NL military guys in North Brabant. I'll have to ask them about this.

They will be separate enough from the situation to have some distance from it, but likely to have an informed opinion.
Click to expand...

Prof. Daniele Ganser, Swiss German poli sci prof from Basel, is the foremost expert on Gladio B in Europe, here is a short presentation on this topic:

911 said:
Given the history of Belgium and Gladio B false flag operations, this is a scenario we can't completely discount. Back in the 1980s, there were several terrorist mass shootings in Belgian supermarkets, known as the Brabant Massacres, that turned out to be deep state operations meant to shock public opinion and keep people in a state of fear. Belgium is a globalist/deep state hub, it is the heart of the EU and NATO. 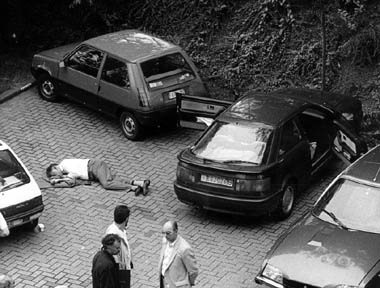 The Brabant Massacres were a spree of murderous robberies, not apparently motivated by financial gain as much as the desire to panic people. Allan Francovich's 1992 film on Operation Gladio suggests that it may have been connected to the Westland New Post, a Belgian group founded by Paul Latinus.[1]

Some have suggested that Operation Gladio was activated in Belgium, as in Italy, to try to subdue the popularity of communists. One difference was however that, in contrast to the bombings and other violence in Italy, the Brabant Massacres were never explicitly blamed on communists.

The last attack when the gang struck despite patrols checking the supermarket every twenty minutes led to rumours of them having some kind of inside knowledge and possibly complicity by individual Gendarmerie in the attacks. Gendarmerie vehicles (which had an Uzi in a compartment) were present approximately 100 meters away, but failed to engage or pursue the attackers. The Belgian stay-behind network Gladio/SDRA8 — operating under the control of the Belgian General Information and Security Service was suggested by some to have links to the gang.

Deathbed confession may crack case of the 'Crazy Brabant Killers'​ 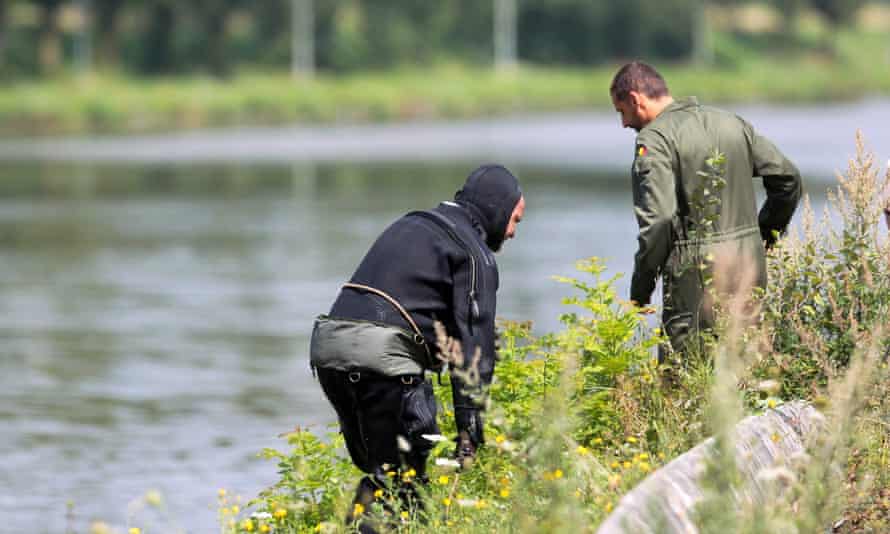 A diver steps out of a canal in Ronquières, south of Brussels, in August 2010, during a search for evidence in the ‘Brabant Killers’ case. Photograph: Virginie Lefour/AFP

A murder mystery that has gripped Belgium for 30 years may be on the verge of being solved after a former policeman apparently confessed on his deathbed to being one of the “Crazy Brabant Killers” – a gang that killed 28 people and left a further 40 injured in a string of robberies in the early 1980s.
During a three-year spree, the Brabant Killers staged more than a dozen raids on supermarkets, hostels and a gunsmiths, during which they shot customers, staff and even children. They suddenly ceased their activities and disappeared in 1985.

The killers’ proficiency in handling weapons raised suspicions at the time that there was a link with the gendarmerie, a former paramilitary police force of Belgium. Theories circulated that the group was part of an attempt by the far left or right to undermine the state, something that the Belgian government confirmed on Tuesday remained “a possibility”.

The Brabant gang, who were French speaking, and would taunt and roar at their victims, terrorised Belgian society. They have retained a hold on the public imagination since their sudden unexplained disappearance. The group – usually comprising three disguised men, wearing face paint, known as “the Giant”, “the Killer” and a getaway driver, “the Old Man” – would at times take just petty cash and low-value goods, yet be content to shoot anyone in their way.

Various leads have emerged since the gang disappeared, but there have never been any prosecutions. Officials confirmed, however, that the brother of a retired policeman in Aalst, near Brussels, came forward earlier this year to claim that his dying sibling had confessed two years ago to being the Giant, the suspected ringleader.

This is a very good documentary on Gladio B, it actually aired on BBC, back when they had pretty decent journalistic standards, such a doc airing in the MSM would be inconceivable today.

Belgium absolutely is a hub of Elitist child procurement & paedophiles.

Some very dark stuff came out back in the day about it all. I cant recall exactly, but the sheer scale of paedophillia & child snatching that goes on there is way out of whack with similar European states.

It seems organised, and protected from the top.
M

Mountaineer said:
This is all total bullshit. If they really want to find a man these days they can do it in hours. To me this is another astroturfing bullshit. If anything the guy was probably real but got killed in a shady situation within military base or something.
Click to expand...

I'm inclined to believe this, but having been on the receiving end of a very lite manhunt myself I know what they do, albeit protocol in Belgium may be different. On the concept of this itself, it is best to look at the elements of the pursuers and the pursued. Most cops are visually scanning all day long, but it gets extremely tiresome. The ones I know can't do it effectively for more than a few minutes at a time. Take the detectives undercover or on a stakeout for example, they have to maintain a grip of tunnel vision on their target for long periods of time. Have you ever followed someone for more than 8 hours nonstop, without revealing your presence? He looks away for one second and the guy could go to the bathroom and he won't catch sight of him again and loses the trail. It is an extremely difficult thing to do, unless your target is an iphone zombie or a millenial (100% of the time they're not). If this is real and not astroturfing, then it will be extremely hard to follow and contain this guy because he is probably using the system against the enforcers (finding blind spots in cameras to leave gaps in digital footprints, avoiding natural lanes of drift, camouflaging himself with disguises (wigs hats, maybe even in drag), using rural retreating once he has supplies for a week etc), not to mention the homogeneous population which would likely support him unlike in most urban areas in the United States / Canada / UK / Aus.

Belgium is globohomo financial central from where a lot of the power brokers reach out with their tentacles to choke out the autonomy of Europe, but this story in and of itself, whether true or not, does not make the media and the police (who are the thugs of globohomo in countries hijacked by the EU) look good, which is why I support the proliferation that one can get away with this. Granted, most people cannot. Upwards of 95% of people would likely be caught within a few hours, perhaps a day or two tops. But for those who know how to play the game, they could do it for a long time, especially in places where the enforcers are riddled with diversity hires and non-competent invalids.
Share:
Twitter Email Share Link
Top