You know the way post-Boomers talk about Boomers?

"How could you be so lazy to just coast along like that?!"

Well when our grandkids are living in the next dystopian commie nightmare run by psychopaths like these ANTIFA types they'll be asking us "they made it clear for decades they were going to enslave us, why didn't you just crush them when it would have been easy!?"

"How could you be so lazy to just coast along like that?!"

Well in fairness, junior, we got some sick burns in on Twitter. Now work that hacksaw before gangrene sets in on your father's arm, he needs to be back on the production line tomorrow morning."

2 years since some liberal loon shot up a country music concert in Las Vegas and killed 50+. Seeing how things are today and how much the govt. covers for Antifa, I would not be the least bit surprised to find out if he was associated with Antifa. Two years and we know almost nothing about the shooting. 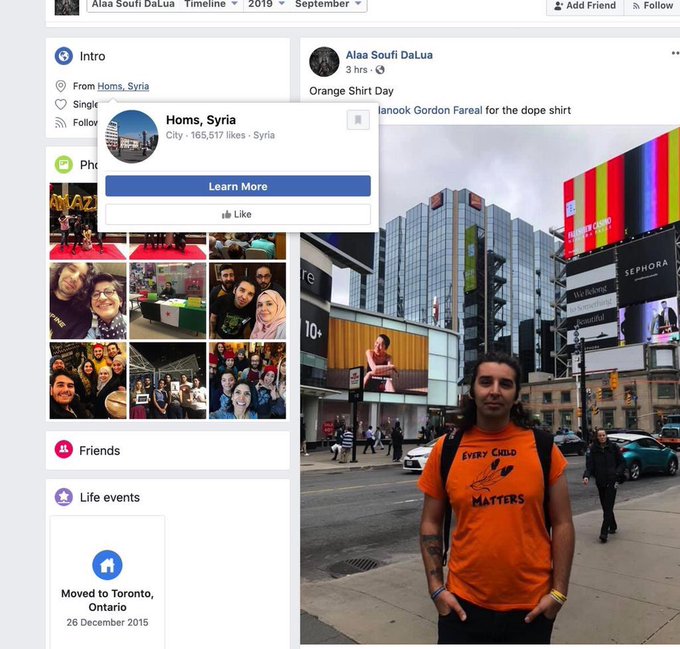 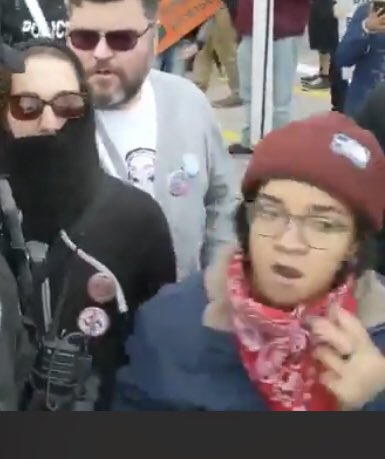 It_is_my_time said:
No one in DC seems serious about stopping this behavior.

The Twin Cities are a disgrace. Minnesota has gone from "ohhhh yahhhh", ice fishing and hockey to commies, Muslims and gangbangers. Of all the places in the US to destroy, they chose one of the coldest. There seems to be a lot of Swedish heritage up there, so maybe that has something to do with it.

BERLIN: Renate Künast, member of the Bundestag for the Greens, has called for a permanent financing of Antifa. "I am tired of how we have been fighting for years for NGOs and antifa groups who are committed to fight for their money and can only sign contracts of employment from year to year. They must have reliable financing", she said in the Bundestag.

She also complained that these organizations were repeatedly deprived of funds. In the fight against right-wing extremism, she added, institutions were needed which worked independently and scientifically. As a first step, she demanded that the word "race" be deleted from the constitution.

Seen at the latest Corona demos in Germany, a very stupid citation made by Antifa idiots: 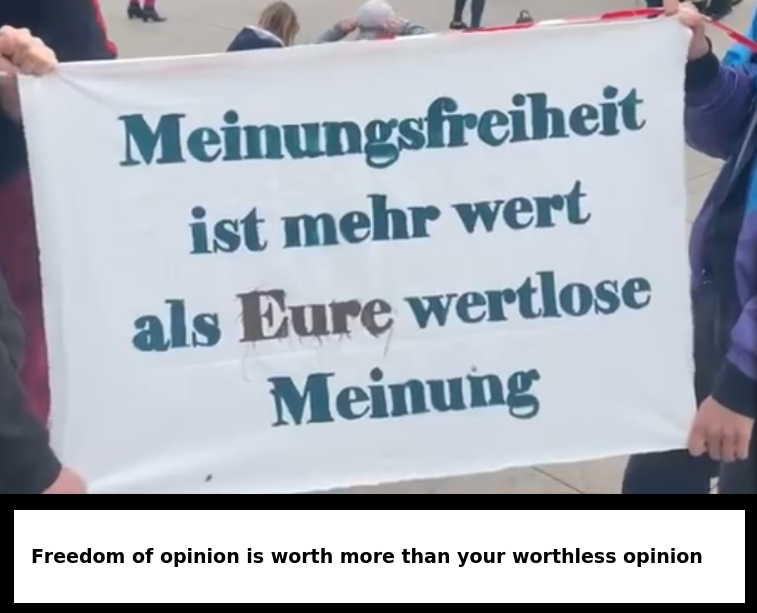 acco said:
Seen at the latest Corona demos in Germany, a very stupid citation made by Antifa idiots:

Yes, my German is very rusty and I first tried to read the sign without the translation and figured I was getting it wrong, because what it seemed to say didn't make sense.

bucky said:
Yes, my German is very rusty and I first tried to read the sign without the translation and figured I was getting it wrong, because what it seemed to say didn't make sense.
Click to expand...

That sign doesn't make sense at all, with or without translation

Yes, I was relieved to find out that that wasn't because of my bad German. To be fair, you see the same sentiment here in the US, the idea that freedom of speech essentially means the right to not be offended.

Edit. How can there be that many people that voted for the two Antifa-loving candidates, Wheeler & Innarone? How bizarre.

Is this thread too political for a noob to post on? I used to know some BlakBloc kids back in the day, but only the train-hopper types who were sort-of hippies (when on the West Coast or in the woods), but were edgy enough to get-bye in the city too. None of them were narcs, so far as I know, but they weren't into the pointless violence and vandalism beyond tagging. They would, however,m come to protests and fight with the police for fun. Now it has moved on from fighting the cops to attacking fellow civilians and the gutter-punk types have moved-on. Sad really, I had some good times at the old anti-globalization protests. Now you get called Nazi for being anti-globalist!
B

Ah Portland, the primordial soup of liberal scum that rises to the top when your only moral compass is trendy pet causes and whatever platitudes the media spoonfeeds you.
T

antifa are a bunch of pathetic losers. These people are worthless. They're not necessarily doing this for socialism, communism or social justice. These people would endorse anything that would let them express their angst for being alive. Its terrible, but, antifa exists because the world is an unequal place and, specifically, because humans are unequal in things like intelligence, looks, athletics and talent. That's why they wail on and on and on about "equality". They know they can never be equal to most people in most if not all of the attributes that really matter. So, if the state might make them equal to everyone else, well that's good enough. But, I think its mostly about yelling and the world.

Is it really angst or not rather nihilism?

Interesting how slow this thread has been, in spite of the large number of right wing protests, the moment that right wing protestors start open carrying at their events.
You must log in or register to reply here.
Share:
Twitter Email Share Link
Top