This is why Bitcoin is needed. Just set up your own website and have a public Bitcoin address. Put the link to your website on your social media like FB, Twitter and collect. Australians can censor gofundme but not decentralized cryptocurrency.


[email protected] said:
This is why Bitcoin is needed. Just set up your own website and have a public Bitcoin address. Put the link to your website on your social media like FB, Twitter and collect. Australians can censor gofundme but not decentralized cryptocurrency.
Click to expand...

Good luck trying to get anyone to actively spend their Bitcoin when they're all just HODLing for the moon!

It had passed 3 quarters of a million dollars last time I checked.

They knew that with a properly funded legal team, Rugby Australia is bound to lose. Time to shut it down.
R

Most irritating thing is the leftists celebrating like this is some big win for them. They can do whatever they want, but people are rejecting their narrative.

This is the reason why the conservative party in Aus recently won the 'unwinnable' election.
W

Maria Folau: Netball star will not be punished for social media support of husband 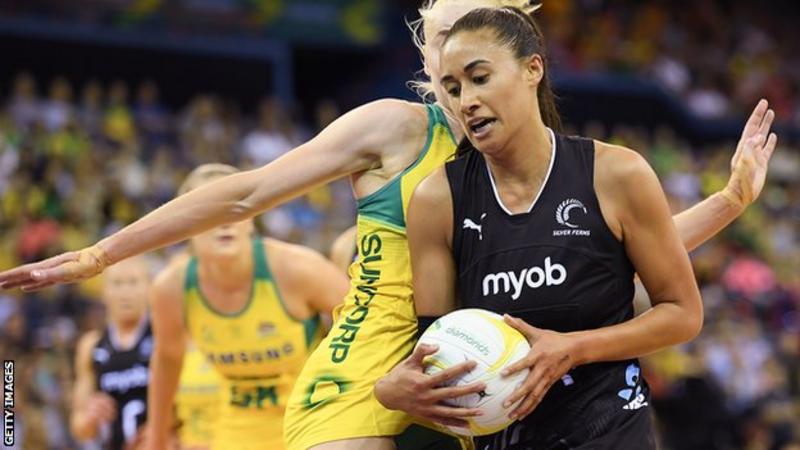 New Zealand international Folau, 32, shared a post from her husband on social media asking people to support his legal action against his sacking.

Australia's netball authorities - where Folau plays - have backed her.

In a statement, the sport's national governing body Netball Australia said it is "committed to providing welcoming, inclusive and supportive places for all people to play and watch our great game".

"We are aware that Adelaide Thunderbirds' athlete Maria Folau re-posted her husband's GoFundMe page details via social media. There is no action required by the league," the statement said.

"We will continue to support Maria as a valued member of the Thunderbirds and the Suncorp Super Netball league."

A statement by the chief executive of regional body Netball South Australia, Bronwyn Klei, said Folau has not broken the rules of her contract.

Klei added: "First and foremost, I want to be very clear that Netball South Australia is fiercely determined to provide an inclusive environment that allows anyone to participate in the great game of netball regardless of gender, belief, age race or sexual orientation.

"We also believe in fairness and perspective. Like millions of other people across Australia, Maria Folau uses her personal social media platform to share her life and beliefs with her family, friends and fans.

"While Netball SA is no way endorses the reposting, we do not believe Maria has contravened our social media policy."

Folau was in action on Sunday, missing two shots on the buzzer as her Thunderbirds side drew 51-51 with New South Wales Swifts in the Australian Super Netball Premiership.

Capped 73 times by Australia, Israel Folau has launched a crowdfunding campaign to raise AU $3m (£1.6m) for his legal case against his sacking.

Rugby Australia says Folau - who has also represented his country in rugby league and Australian rules football - was sacked "because of a serious breach of the Professional Players' Code of Conduct".

He has taken the matter to the Fair Work Commission, Australia's workplace relations tribunal, claiming his contract was unlawfully terminated.

Last weekend, Folau was recorded delivering a sermon at his church in Sydney. He said "the devil" is trying to influence the debate over transgender rights.

His wife has been questioned about his comments since his original social media post in April, but refused to comment.

Folau has 138 Test caps for the Silver Ferns and is expected to feature for her country at this summer's Netball World Cup in Liverpool, which starts on 12 July.
Click to expand...

I'm neither religious nor Christian - I put this down to freedom of speech. People should be allowed to express their views and have the right to offend.

This is a 2+2=5 situation. It's obvious from biology that men are meant to be with women, but the cunts in charge are trying to change what is considered normal.

Banned
Catholic
The scary thing is that this is just the beginning. Imagine the purges for thought crime to come.


Sword and Board said:
The scary thing is that this is just the beginning. Imagine the purges for thought crime to come.
Click to expand...

You don't have to imagine. 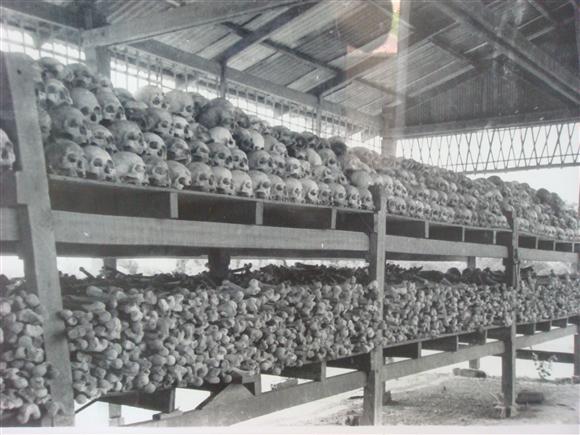 You just have to pay attention to history and accept that nothing in the human spirit has fundamentally changed over the mere last hundred years.

https://www.gofundme.com/NoToFolau [the comments are mainly in support of him, not the freaks).


GoFundMe said:
"Today we will be closing Israel Folau’s campaign and issuing full refunds to all donors. After a routine period of evaluation, we have concluded that this campaign violates our terms of service," GoFundMe Australia regional manager Nicola Britton said.

"As a company, we are absolutely committed to the fight for equality for LGBTIQ+ people and fostering an environment of inclusivity.

"While we welcome GoFundMes engaging in diverse civil debate, we do not tolerate the promotion of discrimination or exclusion.
Click to expand...

Its the same old story. Shutting down any support for non-progressive ideology. Then all the progressives coming out in support saying 'its a private business, they can do what they want', and backflip when you raise the issue of bakers denying service to gays. Selective enforcement of 'values' to win the culture war.

The right needs to create its own institutions or this nonsense will continue.

GoFundMe's fine print says the crowdfunding site cannot be used for "campaigns we deem, in our sole discretion, to be in support of, or for the legal defense of alleged crimes associated with hate, violence, harassment, bullying, discrimination, terrorism, or intolerance of any kind relating to race, ethnicity, national origin, religious affiliation, sexual orientation or sex."
Click to expand...

If GoFundMe was to start getting piled on by the international media for allowing Folau's campaign on there, they would need some huge balls to refuse to shut it down.
S

Folau's original page on gofundme raised about 750k in 4 days. His new page will surpass that amount within 12 hours of being online (currently 710k). Donate if you can!

Corrine Barraclough at News.com.au is not holding back...

Anyone who had any doubt in their mind that freedom of speech is under threat in Australia must now reconsider.

...“We are absolutely committed to the fight for equality for LGBTIQ+ people and fostering an environment of inclusivity,” GoFundMe’s Australian regional director Nicola Britton said.


So, quite simply Folau’s page was shut down because the rainbow LGBTIQ+ activists have an excessive amount of power in our society.

“While we welcome GoFundMe’s engaging in diverse civil debate, we do not tolerate the promotion of discrimination or exclusion,” Ms Britton added.

Let’s be really clear about something, which has been lost in this heated discussion. To attempt to assert that Folau’s posts were homophobic is simply disingenuous. His post read, “WARNING: Drunks, Homosexuals, Adulterers, Liars, Fornicators, Thieves, Atheists, Idolaters, HELL AWAITS YOU. Repent! Only Jesus Saves.”

There are eight categories listed there. Many of us would tick at least one, if not several of those categories.

The rainbow LGBTIQ+ category has been singled out because that’s got the most vocal activists and currently carries the most corporate clout.

Is this the correct way for democracy to run? Are we happy to become slaves to those with the loudest voices?
Click to expand...

Gold Member
Like a lot of people she still seems to believe that the fag pride movement is a grass-roots phenomenon despite the fact that these freaks can't even manage their own lives 99% of the time.

It's a bridge too far for most people to believe that something more sinister is pushing the movement because that would involve naming who and asking why.

^ At least they're pushing back, it's a start.

Edit: Now at just under $820k. The Australian Christian Lobby will have comfortably raised a million bucks by nightfall. A good day at the office for them.
R

Let's see what these leftist freaks do now.

After all the gleeful gloating in the media after the go fund me page was taken down, this makes me giddy with happiness. I have no doubt that the 3 million mark will be reached this time, whereas it would have been a big ask in the original page.

I only donated $20 on the go fund me page - I just donated $100 to this new page. Judging by the response, I'm not the only one who is pissed and even more resolved to support this cause. By pushing to get the go fund me page banned, they have inadvertently increased the chance that 3 million will be reached, and by extension the chance that this will be successfully challenged in court. Take that mother fuckers. 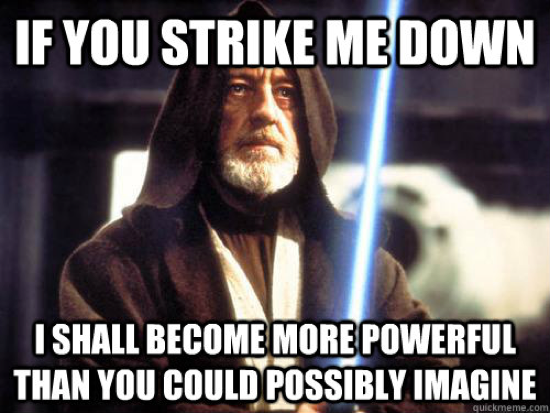 Gold Member
I'm learning to be more cautious on my optimism and not tether my hopes to earthly people and institutions but I hope that this is the watershed moment it feels like.

This feels like Australia's Trump versus Hillary and the left all over again. I hope Folau wins so I can salt mine the internet like it's 2016.

Protestant
The Jesuits used to say "give me the child for the first 7 years, and I will give you the man".

Now, it seems like it was mostly Mormons and Wesleyans that converted the Tongans...

But anyway, the phrase is apt.

Some not-so-ancient missionaries built up a force on Tonga, and now it's made its way to Australia, and the people would just love a man to get behind.

I used to look down on missionary work, and in our church growing up we had the option of choosing where our tithe was spent, and I always opted out of missionary funding. But now it seems like the past missionaries were planting Plan B defense weaponry amongst the far reaches, just in case the homespun Plan A failed...


Tex Cruise said:
The Australian Christian Lobby will have comfortably raised a million bucks by nightfall.
Click to expand...