Oddly, the video appears to have disappeared from his channel. Hmmmm

Some of these YouTubers / PUA types I know have really bad lifestyles. Alcohol, cigars and more alcohol.

Particularly Bald who is on the wrong side of 40.
E

Hypno said:
Oddly, the video appears to have disappeared from his channel. Hmmmm
Click to expand...

bald and bankrupt23 hours ago (edited)
Thanks to everyone who watched my Covid story. I have now deleted the video because it's time to move on from what was a grim month of my life and not be reminded about it constantly. Time to get positive, focus on getting healthy and start planning the future. Also too many nutters in the comment section asking me how much the government/Bill Gates/Youtube paid me to create a fake story because the virus 'is fake'. It sure felt real to me. Hope you all and your family stay safe and well. Oh and don't worry about the Bald
Show less

The other thing that is odd about his channel is its success. I don't begrudge him his success, he's a charismatic, adventurous guy. But I'm a little surprised that there are a million people who want to know about every backwards place he visits, and are willing to settle for his polished version of reality.

I don't think "nutters" is fair:

Make no mistake about it: no matter what your take on the coronavirus pandemic, most people seem to understand that the media is likely making the situation out to be far more dire than it is. And why wouldn't they - most media outlets spend 24 hours a day, 7 days a week of live coverage looking for anything possible to undermine the Trump administration.

As it relates to coronavirus, the media rarely ever offers details when it touts awful sounding things like the "death count". MSM outlets never take the time to detail the age group and underlying health conditions - and even the primary cause of death - behind all of the deaths included in the coronavirus death count. They report every time a celebrity tests positive for the virus, but never cover when someone recovers from the virus. The reporting on the virus is selective, to say the least.

Which is why we weren't the least bit surprised to read that NBC News spent weeks documenting the coronavirus "journey" of one of its contributors with Covid-19 - despite the fact that he never tested positive for the virus!

Gold Member
I can't believe a former RVFer gets the 'rona and y'all guys start thinking he's making stuff up. Wow.

Orthodox
He was banned from Russia for life, presumably for criticizing the war in Ukraine... 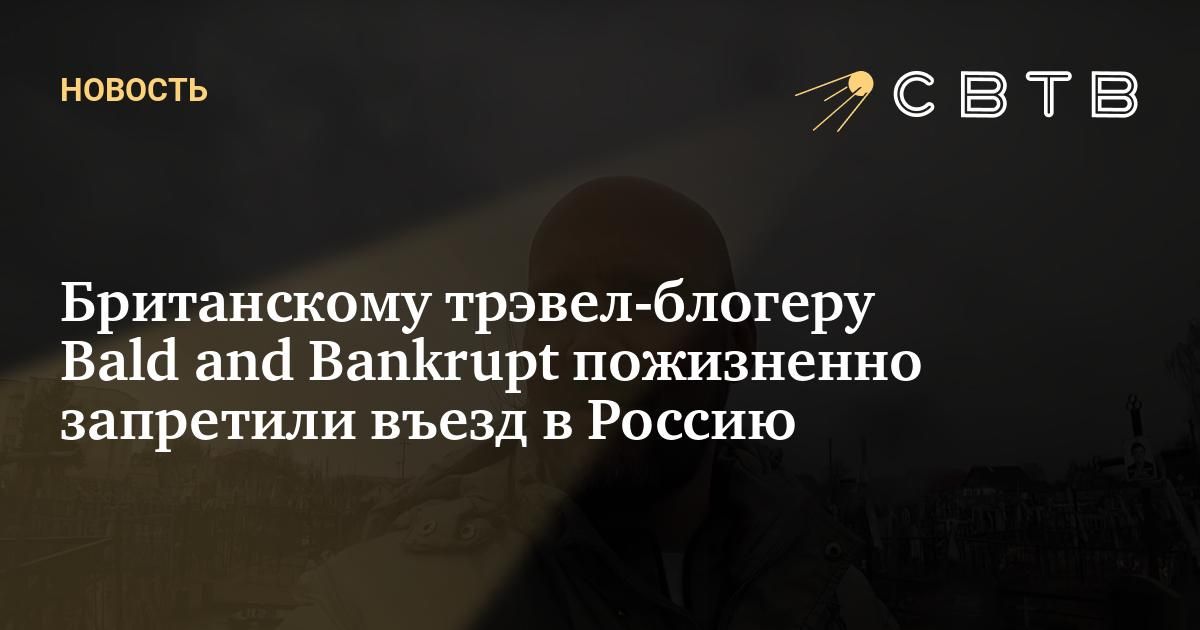 Roosh said:
He was banned from Russia for life, presumably for criticizing the war in Ukraine...

That's interesting. I really enjoyed his video's, also those of Harald Baldr, also former RVF'er. It's funny as these guys who have big travel channels now all met through here, presumably for different reasons than the forum that exists today, but I found it rather interesting when it was brought to my attention. I didn't knew though he was banned from Russia, which is disputable as a move in some ways, as he did shine a new, often positive, light on the former USSR. I thought his travel adventures just burned him at out, as apparantly happened to Harald Baldr, who hasn't uploaded for more than 7 months now. It seems he has fallen heavily for the Ukraine scam and found some new purpose in that, demonstrating etc all around Europe. I think that at some point the lifestyle runs dry anyway, that point may have come for Harald Baldr.
Last edited by a moderator: September 1, 2022

Hard not to agree with this.

Roosh said:
He was banned from Russia for life, presumably for criticizing the war in Ukraine...

As the first twenty minutes cover his exploration of Jewish history in Siberia, watchers can skip to 20:30 for the conclusion.

... said:
I can't believe a former RVFer gets the 'rona and y'all guys start thinking he's making stuff up. Wow.
Click to expand...

What was his username?

Jive Turkey said:
What was his username?
Click to expand...

It's not appropriate to link RVF identifies with real life people. The member can do it himself.

Orthodox Inquirer
I really enjoyed his videos as he showed Russia in a positive way. I've never heard him criticize Russia for the war in Ukraine, if he did though does anyone have a link? I thought his perma ban might have had something to do with the break in of a Russian military base in Kazakhstan to see the spaceship.

Oh well it was fun while it lasted.

Other Christian
I’ve watched a lot of Bald and Harold Baldr.
I’ve taken to Kurt Caz lately, stopped watching the others.

His Russian is impressive!

He does seem sincere in the video.

Roosh said:
His Russian is impressive!

He does seem sincere in the video.
Click to expand...

Gold Member
The previous rendition of this forum had the tendency to bring out the worst in people.

I am horrified by some of the posts I have made here which were much more me trying to fit in than an accurate representation of my life.

This looks like the same tactic that they came after Roosh with.

Hopefully he turns to Christ.
Last edited by a moderator: September 14, 2022

Really sad to see what happened to Ben.

Watching his interrogation video (very decent Russian, I'd value it around B2 level) .... it appears to me that he was sincere but he basically explained the reality of big western Tech to Russian authorities and how basically "don't hate the player, hate the game."

He also said he was surprised the war happened to suddenly. Well, all Feb there were rumours the invasion would happen and warnings for Western citizens to leave Ukr was issued early Feb. so I guess he's either very apolitical and out of loop (I doubt it), or he was just trying to game the Russian authorities. In any case, they called him and his bluff and the extreme decision to deport him for life was made.

This is very sad, because as an ex-professional in tourism industry I could say, Ben did more for Russian tourism than the entire ministry of tourism of all ex-soviet blocks combined for those countries. Ben was the greatest tourism ambassador Russian or any other ex-Warsaw Pact countries had. Though, he never struck me as an intellectual (calling everything old "soviet) , but he was definitely well-meaning, kind-hearted with genuine affection for the Slavic people and culture. I can relate so much because I did it to a much smaller degree throughout my ex-USSR travels and some friends said I change the perception of those people for them, so IMAGINE the impact Bald had with almost 4M followers. It's a bitter pill to swallow, but we live in a chaotic and cruel world. He should have been careful with his every move and completely ignored the war IMO and refused to cover anything about it in his videos. I guess the fact that he was literally in Kiev on Feb. 24 didn't help either, not to mention the arrest in Kazakh-Russian territory in May. all Brough attention to him and his every word and hence those handpicked quotes and act asked for in that interrogation video above.

I think, unfortunately he got on with the current thing wave and perhaps bit more than he could chew in that regards. I just had a look at his gf (wife?) instagram who is Belarussian and she has the WHITE-RED-WHITE (the anti-Lukashenko flag) on her bio as profile. I wouldn't be surprised if she was a key reason for him to perhaps make an uncalculated error and take sides during the conflict and end up in this situation.

Anyways, Best of luck to him. I really hope when this emotion of the moment dies and the war ends whenever it'll be, he'll appeal his ban and be allowed in Russia again. I've been to Russia 3 times for a total of just over 2 months in my life and I can't even genuinely imagine or think of getting banned for life, so I can't imagine what Ben feels after putting all his life and emotional energy there.

Be strong mate and keep faith!

AManLikePutin said:
In any case, they called him and his bluff and the extreme decision to deport him for life was made.
Click to expand...

The hysteria fronted by Klaus Schwab permitting, I will be in Russia in a number of days. I'm am starting this thread as a commitment to engaging in interesting activities, documenting them on here with words and photos. If anyone has any suggestions of places to visit. Post them below.

Though I have my own arraignment in a week or so for having something in my possession that you are not allowed to take out of the country without papers. They were very jolly in customs, and were asked when I would return to collect it. But the email I got about it was very serious.
Share:
Twitter Email Share Link
Top