Behavior of women during the riots

Gold Member
They're going to scurry at the first shot fired, but given their hefty girth, it's virtually impossible for them not get hit.

So strong and brave!

StarcraftGG said:
In general, I would say the rot is too deep. Not worth attempting to salvage or convert. Even if there is hope, the chances of the female malfunctioning/self-destructing or just breaking down and taking you down with them are unacceptably high. Look at the stats on psychiatric meds for women. Would you bet your time (which is interchangeable with your life, the most important thing you have on this earth) on women that have been steeped in typical modern thinking for their entire lifetimes? Strong mental health is developed over time especially during youth and one's formative years and young American women have been born into a poisoned world. The feeling that I've had in my mind for a long time is that America with the influence of feminism, liberalism, and social media, is like being born into a irradiated toxic swamp that is neon green in color Simpsons power plant style. They can have the strongest constitution in the world and the best food, but the environment is toxic. Good health is simply not possible.

Another way I think about it is that mentally speaking, these women have been eating junk food their whole lives (feminist and liberal indoctrination and social media) and have never exercised a day in their life (no strong masculine energy or influences in life). Even if they stopped cold turkey where are they? They're (mentally) fat and unhealthy craving junk food since it's all they know, and making them exercise hard (mentally speaking, via exposure to your masculinity) all of a sudden is more likely to cause a heart attack because it goes against the programming they've had from birth. Energetically, masculinity goes against the energetic programming of these ruined females. You may have them as putty in your hands because of the shock and awe of you being novel stimulation (temporarily) but the putty is rotten! Deep is the level of attention whoring and the likelihood if you being replaced by another shiny object soon is high since their attention span never developed properly - we're dealing with faulty (by our expectations) brains!

Interacting with females in south America where a patriarchal society is still strongly dominant and many young females born in the 90s, my masculine energy just feels great when combined with their feminine submissive vulnerable energy. It just clicks, and you feel it - no words need to be said. The same cannot be said when dealing with American females when I nearly always feel an energetic clash and repulsion.

I also disagree that they're saying "take me." I've seen female game, and man, it's something to behold. When women are actively searching and giving out the "take me" or "I'm available" signal, it's noticeable. American women, being totally masculinized and with males being disposable and having not use in society (unlike in regions of South America for example where there is no big daddy government or social safety nets), often consciously or unconsciously give off an active vibe of contempt, don't bother me, I'm too good for you, or disdain for men. Another frequent outcome is since they have had no true feminine examples or understanding of polarity with strong male figures in their lives, they act like males with their snarkiness, cursing, and feisty attitudes. Back to the point I'm trying to make - we're dealing with defective women here. The product is damaged! Don't refurbish or attempt to rehabilitate - buy new elsewhere where they're still manufacturing exactly what you're trying to buy. Think about how much effort it takes to change and improve yourself for the better - it's not easy. This is yourself over which you have maximum control. Now think about trying to change another human being and undo a lifetime of negative programming when at best, they want to be led, but are still constantly led in the opposite direction by work, social media, fake new, and their female friends. Even if you succeed somewhat, how do you measure how much damage remains?

I also disagree with "been forced out of the home and into the role of working and making decisions" as being foreign to them. It's all they've ever known! Masculinity started dying a quick death at the start of the 90s. Look at the image below - all very different but very masculine men, all from the 80s. Find the 2000s equivalent - I sure can't think of anything close. They don't make these dudes anymore. In my opinion, us very masculine men are anachronisms that don't pair well with American women. This is not what they're expecting of men - it's foreign to them. And it's not that they pair off better with soyboys. The defect is that they're actual damaged human beings that don't pair well with ANY male - feminism made sure of that. Interacting with snarky women from English speaking countries such as America, England, and Austrialia are especially draining.
View attachment 23236

Abort mission - you're wasting your time! The fact that you have to think about needing to convert the women should reveal that you've been living in the toxic swamp for too long. A prescription drug that I recommend is meeting females in South America - especially ones that are young, child-free, tattoo-free, pleasant, Christian, feminine, debt-free, preferably virgins from intact households. Spend enough time with women with those traits and live in a lake with crystal clear blue water for a while and you'll never view American women the same again!
Click to expand...

I want to meet these South American women, but I have no clue where to start!
E

Gold Member
Meanwhile, back in Seattle

My advice to anyone who thinks there’s no sexual component to this is to read the female comments on any Raz Simone post.

It's funny to compare and contrast white women's behavior from the Kavanaugh hearings, where they flew into a rage over unsubstantiated and uncorroborated sexual harassment allegations 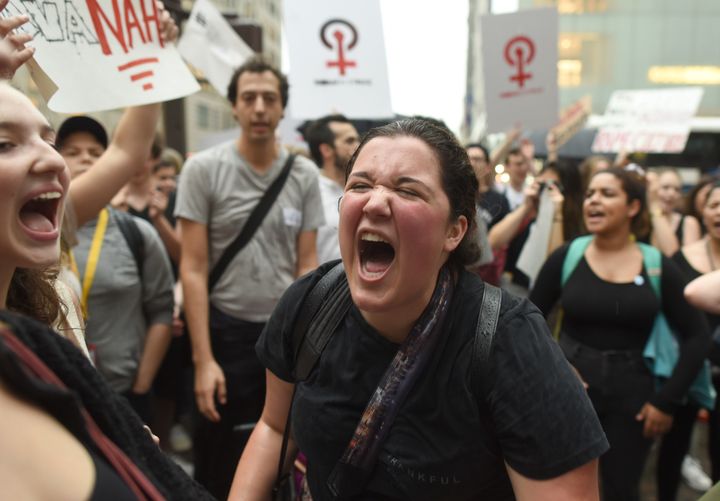 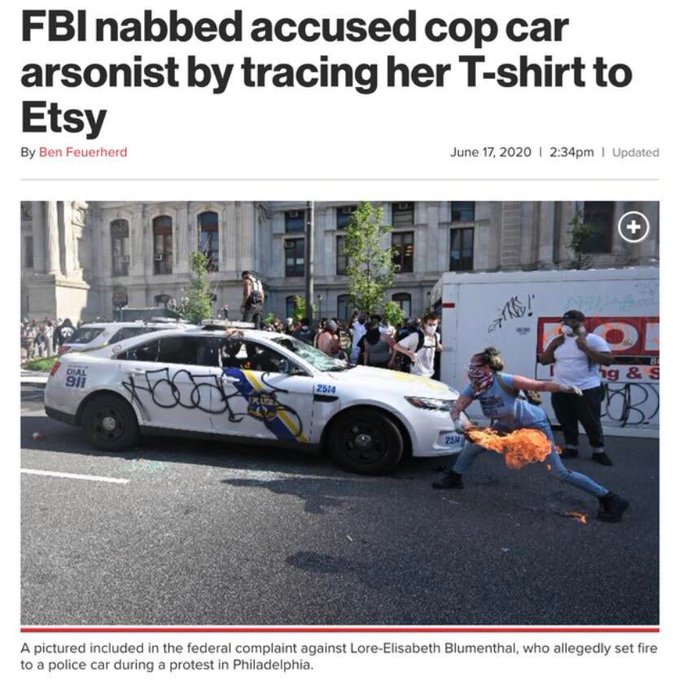 A white woman believed to have set fire to two cop cars during protests in Philadelphia has been arrested after investigators traced her shirt to an Etsy page, ultimately leading to the woman's social media accounts. 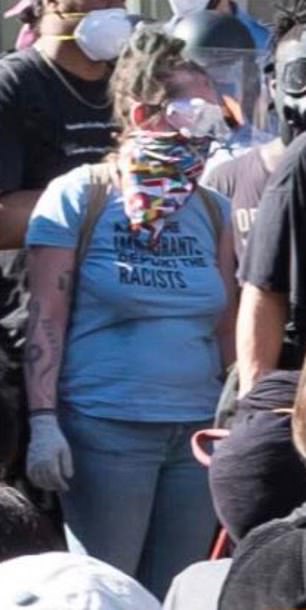 FBI agents used Instagram posts of the burned cars, along with 500 photos from various photographers, to identify the wording on the woman's shirt: 'KEEP THE IMMIGRANTS, DEPORT THE RACISTS,' the FBI agent explained in his affidavit, VICE reports. 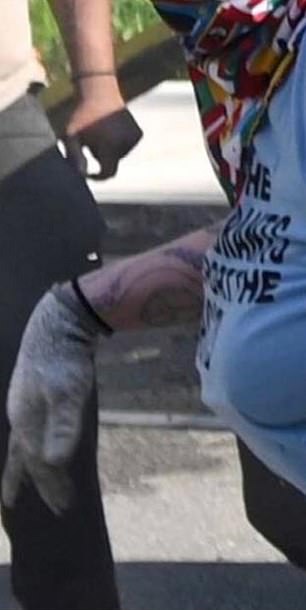 Agents discovered that the shirt was custom made and sold on Etsy and found that a user - Xx Mv - had posted a review about purchasing the shirt. The URL belonging to the Etsy was 'alleycatlore.' The page listed Philadelphia as being where the user lived.

Authorities then used videos from the company's Vimeo account to identify tattoos that matched Blumenthal to the woman at the protests.

Authorities found a phone number on the website and then used it to identity the woman's address and DMV photo.

While this occurred, Etsy provided purchasing records - following a subpoena - and confirmed that Xx Mv purchased a shirt. The subpoena also revealed that the items were sent to a Lore Elisabeth in Philadelphia. 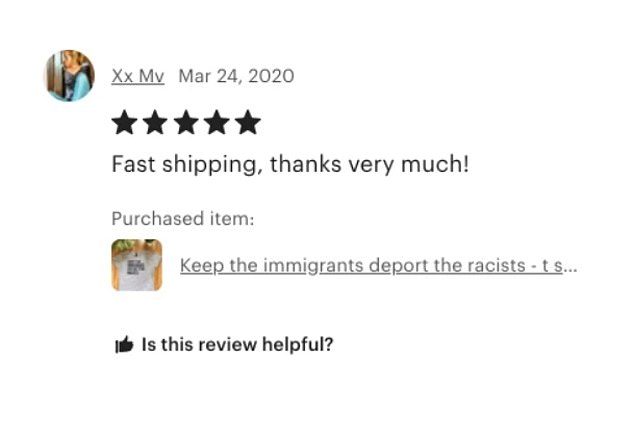 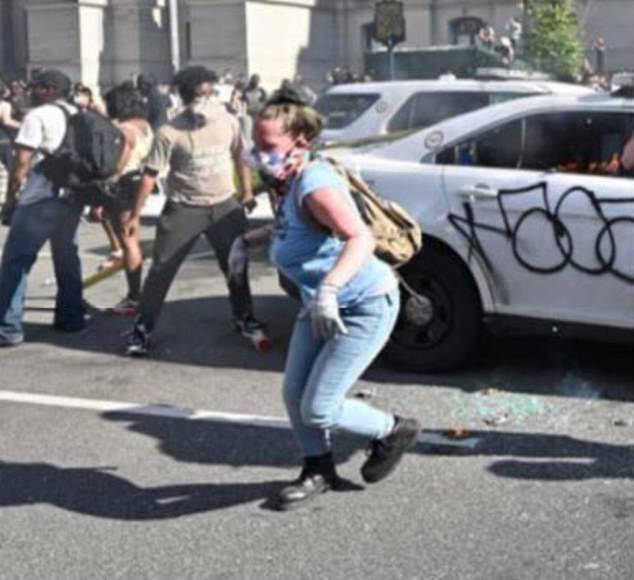 Blumenthal faces up to eighty years in prison if convicted, followed by three years of supervised release. She faces a fine of up to $500,000.
Click to expand...

No sympathy from me at all. Felony charges for arson means this female is screwed for the rest of her life. At some point this "spell" will wear off and when she's 60 years old she'll have nothing but regret.
P

Towgunner said:
No sympathy from me at all. Felony charges for arson means this female is screwed for the rest of her life. At some point this "spell" will wear off and when she's 60 years old she'll have nothing but regret.
Click to expand...

Fat white women are going to be the death of this country. For fuck sake.

This is what happens when they don't have a baby and the wall starts creeping in, smh. Even if there is a baby, it's probably fatherless and is doomed for a sh*tty childhood.

Pooch32 said:
Fat white women are going to be the death of this country.
Click to expand...

Oy vey! Blumenthal? White? Only when it suits her.


Eban said:
This is what happens when they don't have a baby and the wall starts creeping in, smh. Even if there is a baby, it's probably fatherless and is doomed for a sh*tty childhood.
Click to expand... 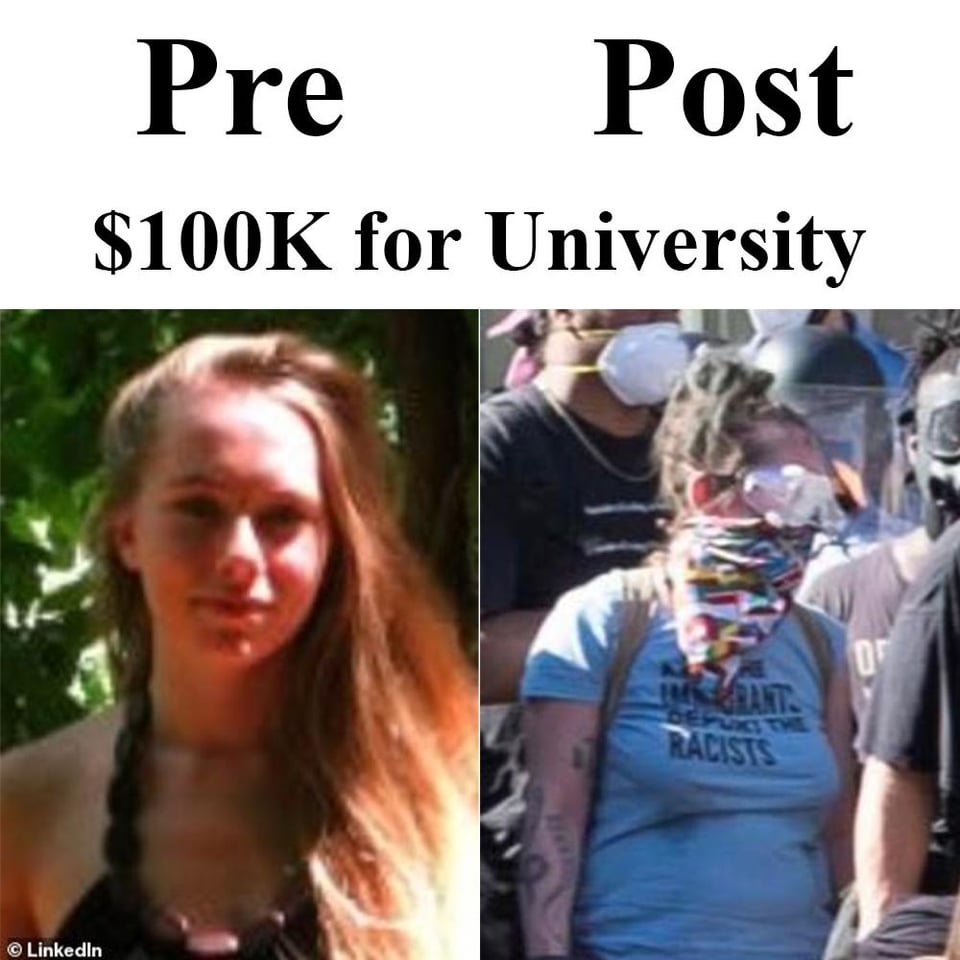 She's long past the wall and into the abyss.

She is a massage therapist. Her blurb:

What kind of reiki master blows their top like this?
Last edited: June 18, 2020
S

Preach on about south American women. I spent years down there and am working as hard as I can to return. Id recommend Colombia Argentina and Uruguay. I was never treated better and hope to find my future wife down there someday.
S

Im working on a time machine gentlemen. Stand by...
C

Towgunner said:
No sympathy from me at all. Felony charges for arson means this female is screwed for the rest of her life. At some point this "spell" will wear off and when she's 60 years old she'll have nothing but regret.
Click to expand...

She'll get a soft sentence, then probation. She'll tell the judge that she's been so inspired by nurses during COVID that she wants to go to nursing school and she can't do that with a felony conviction.

Of course there will always be women who are attracted to aggressive, destructive, short sighted types. But we won't be able to tell what % we are looking at here. We won't see all the feminine women who just want to stay clear from all these garbage people being highlighted. I don't really look at the world in a men vs women categorization so much anymore. But in the good people vs trash humans. Of course the worthless females are going to be drawn to the ''alpha'' guys in the riots. Some of them look very cute on the outside but that doesn't mean they are not trash on the inside. Women who are doing well in life and mentally sound have set their targets on different category of men and they are going after those behind the scenes far away from all this drama going on.
Last edited: June 19, 2020

Captainstabbin said:
She'll get a soft sentence, then probation. She'll tell the judge that she's been so inspired by nurses during COVID that she wants to go to nursing school and she can't do that with a felony conviction.
Click to expand...

Based on the naked abuse of power we're seeing at the moment I think it's more likely to be "case to the bottom of the pile until the publicity blows over then all charges dropped (((because)))."
Share:
Twitter Email Share Link
Top