I really enjoy Gladwell's magazine articles. But I have never read any of his books - since the subjects of each of his books seem a little dull to me.

So - with that said - if I was to check out one of his books - which do you think is his best one? If I like it I will check out his others as well.

I really enjoyed Blink, on the other hand Outliers has the best rating in Goodreads (4 vs 3.8 for the other books)

For me it was:
Blink
Outliers
Tipping Point

Cool - will be interesting to see how the latest one goes down (it came out last week).

Also - I have heard alot of peoplee say their favourite book of his are the two (there is at least one book - but I think there might now be two) books which collect his magazine articles.

I just heard positive things about David and Goliath
P

Blink is fantastic, I have just bought tipping point which I plan to finish reading by next week.
L

Just finished Blink. It was an enjoyable read because Gladwell is a good storyteller.

Blink is about how the unconscious mind affects decision making.

You would think that there would be huge applications to game, but this book was a little disappointing in that regard, although still interesting.

There are really two applications to game. Priming, and microexpressions.

Priming is the technique of having someone put themselves in a state of mind. "Imagine if you and I were on a vacation, where do you see us?" Cialdini discusses the application of this technique in much greater depth in Presuasion.

The other application is microexpressions. Human faces have tells. A guy name Paul Ekman did the research on all the possible facial expressions and what they mean. He has training modules on line for $100-$300. It seems like a valuable skill and worth the investment if you acquired the skill.
T

Just read a few chapters of Talking to Strangers in a bookstore. He seems to make good points, seems reasonable and not too leftist/SJW. However he seems too academic/ivory tower.

The most suspect part of the book is about how different cultures have different facial expressions for different emotions(specifically many non developed cultures vs Western culture). That just seemed so off to me. He uses this point to explain people's cultural misunderstandings. The general theme of the book is that people are different enough to strangers that they talk past each other/translation errors.

He talked about the Brock Turner and Sandra Bland cases as a result of misunderstanding. With the former, how alcohol makes you myopic and too focused on the short term, and unable to remember/think clearly(thus, why Brock and victim are in the situation- he seems to try to say both Brock and accuser are innocent). Also about how different people have different opinions on what consent is, and how alcohol blurs those lines also. With Sandra Bland, it's not that the cop was a bully or racist as such, but rather the policing system which works in high crime areas(stop suspicious people for BS reasons and try to trump up cause to search them), isn't applicable to low crime areas, and the cop was just trained in that policing system.

With Amanda Knox, it's about how since Amanda looks so strange and her facial expressions are so different to the norm, it appeared she murdered her roommate, and people often didn't believe the contrary when evidence proved her innocence. Similarly, judges/people in general do badly telling truth tellers/liars if their mannerisms deviate from the norm(ie, confident liar like Bernie Madoff, nervous honest people).

There's also a short bit about how judges/juries in America/the West like to give lighter sentences to people who outwardly show remorse, but many cultures are trained to be stoic/unemotional, so they can be remorseful but not show it in body language.

If true, it's scary that if my body language isn't what Westerners/who I live around expect, then they will totally have the wrong impression. I already have this very often in NZ where people seemingly don't listen/read what I say and believe the opposite of what I say. Although this happens online too which is kind of weird. I imagine people in general but in particular Kiwi/Anglo culture it's about what you "imply". Or rather when you behave/talk a certain way people put themselves into your shoes and think why would they do what you are doing.

But that's totally untrue because it's so often that I have different motivations from them. The simplest examples would be related to anger, hate, envy, etc. I act in a relatively neutral way, but some people would only act neutrally if they are negative. It's a bit of an abstract concept so I don't know if I'm describing it well. But I think it's important as no normie I know seems to really grasp this. They always rely on pseudo-empathy(putting yourself in someone's shoes- as opposed to realising others can be genuinely different and have different thought patterns/motivations).

Edit: didn't read the other chapters, too low attention span

- You get more out of Taleb's books than this shit.
Click to expand...

Understood.
I have heard a lot of bad reviews of this book, I don't know why people like it. After reading Blink by Malcolm Gladwell, I decided not to read any of his other books.
Click to expand...

Gladwell is a terribly overrated intellect. I've read 4 of his books and found them to be lacking in gravitas. I decided I could squeeze all the relevant information contained in each book into a haiku.

David and Goliath
surprising results
do happen now and again
with innovation
Click to expand...

:lol: I will echo Hypno's sentiments that Malcolm Gladwell is a great storyteller, though.

Agreed, the Gladwell books have interesting stories but not a lot of substance. (He describes recent scientific studies in an easy to read manner, but there are a lot of exceptions to those studies so mostly you are just left with some nice stories.) If you don't regularly read nonfiction, its a good place to start. Some of the Taleb books require a lot more concentration to get through, although they have a much higher payoff.

If you want to read something that has a lot more application to your life and Game, read Influence by Cialdini or Never Split the Difference by Voss.

I'd love to hear more about all this. Keep me posted.
C

The book is about success, specifically talent, IQ, and preparation. There are some fun anecdotes about Korean airline pilots, Kentucky West Virginia honor culture, Canadian hockey culture, and the effects of environment, culture, and work ethic on intelligence.

Gold Member
None of them.

Gladwell is a mercenary. He used to shill for tobacco companies in the 1980s about cancer science.
H

Moderator
I've only read Outliers but I think about some of the concepts from it regularly.
My only qualm is that Gladwell spends too much time waxing poetically instead of giving actionable tips. If I was a writer, I'd make a "Outliers For The Streets," a book that tells you how you can take advantage of the theories put forth in the book.
M

I thought the 10,000 hours concept had been discredited. 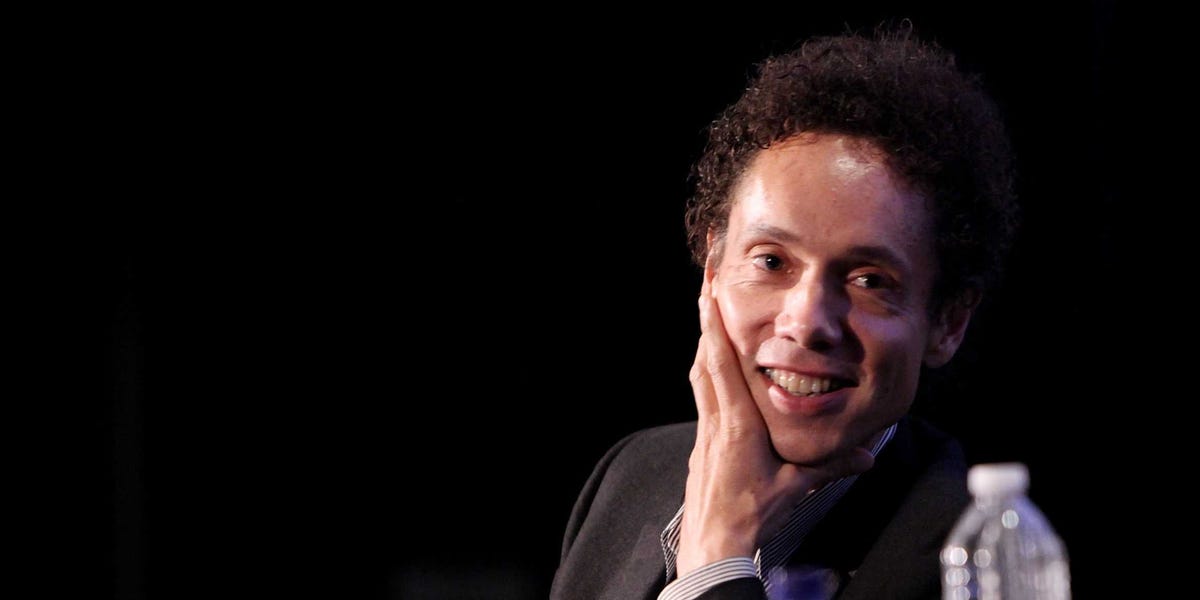 It takes more — or less — than "deliberate practice."

MovingForward2050 said:
I thought the 10,000 hours concept had been discredited.

It takes more — or less — than "deliberate practice."

It's safe to say 10,000 hours isn't a rule, but it's still an important heuristic. Look at most successful people, they've put a lot of reps in.

Malcolm Gladwell Explains What Everyone Gets Wrong About His Famous '10,000 Hour Rule'

There is a lot of confusion about the 10,000 rule that I talk about in Outliers. It doesn't apply to sports. And practice isn't a SUFFICIENT condition for success. I could play chess for 100 years and I'll never be a grandmaster. The point is simply that natural ability requires a huge investment of time in order to be made manifest. Unfortunately, sometimes complex ideas get oversimplified in translation.
Click to expand...

It's safe to say 10,000 hours isn't a rule, but it's still an important heuristic. Look at most successful people, they've put a lot of reps in.

Malcolm Gladwell Explains What Everyone Gets Wrong About His Famous '10,000 Hour Rule'

Okay... Yes, his statement really clears up things. But I do wish we lived in a "magical universe" where by merely practicing for 10,000 hours, we became true masters of any skill or sport. If only! Lol