wayfaringstranger said:
Right, so I can cold cock you for saying something I don't like? or are you going to puff your chest and say just try it?
Do you believe in the right to free expression and free assembly - those are the foundational beliefs of any healthy Anglo-saxon society. That's what made (note tense) our culture the greatest since the ancient Greeks.

We are not orientals we are not africans. In fact, in our culture only a weak, effeminate fool lacking self control reacts this way.

If you want to see an example of how effective an ethical healthy Saxon society is, read about King Alfred fighting the pagan vikings. He didn't play by their pagan rules of deceit and deception.
Click to expand...

The Vikings were comparatively ethical themselves and quite similar to Saxon society given their common Scandinavian origins.

Its not quite the same as fighting the Arabs, Mongols, Chinese and Indians. Those older Civilizations who no doubt were closer to the Anglo-Saxons when they were young in terms of ethics and morals got overtaken by those who are simply ruthless Machiavellians supercharged by demonic influence who no doubt love the blood sacrifice those wicked men of blood undertake.

They didn't all start out the ways you see that they are now.

Its only when Christ incarnated and started influencing Europe that this process somehow gets averted or massively slowed down. Because God fights on the side of his people.

And look at what happened to England now. Its those same ruthless Machiavellians who are once again victorious in seizing and gaining power.

The only law that you and everyone is obligated to obey is Divine Law. Since God can and will retaliate against Nations that rebel against him in a such flagrant manner and/or attacks his people.

God ended Aztec Civilization for this reason via the conquistadors and accidental smallpox.

The Bolsheviks suffered tremendously from divine judgment themselves too:

The Sixth Proof of God

While I am not much of a religious person, there is one particular argument for His existence that I find to be rather convincing*. Those who wage war on God are unmade by God. And their descendants, too. The idea that He is humane, or fair to individuals, is a modern conceit. The Old Testament...
www.unz.com

Its not their lack of Queenbury rules that got them destroyed. Its their war against God and his people.

Elipe said:
Yes, until the other side stops cold cocking you first. They're not going to stop just because we ask them nicely.
Click to expand...

Or in other words. The best way to stop the implementation of 1984 and or continuation of said society is to have counters already in place to effectively blow up in their face and completely destroy Oceania itself permanently taking down everyone in power with it.
W

InGodweTrust38 said:
When you are screaming in the middle of the road in broad daylight talking deliberately offensive , provoking people, you should be expecting something."
Click to expand...

Exactly what a global-homo LGBTQ activist will say when they assault a Christian preaching the gospel in the public square.

infowarrior1 said:
The Vikings were comparatively ethical themselves
Click to expand...

If you consider enslavement, torturing prisoners to death, breaking oaths, lying, breaking treaties. looting and destroying monasteries to be ethical then I suppose they were . The Vikings laughed at the 'naive' Christians. Alfred never stooped to their level.


infowarrior1 said:
quite similar to Saxon society given their common Scandinavian origins.
Click to expand...

That didn't stop them from literally slave raiding Christian countries like Wessex and selling the women in slave markets aboard.
During the time i was referring (Alfred the Great's Wessex) Saxons were Christianized pagan vikings were not, there was a noticible difference in how they behaved, how they honored oaths. Oath-breaking in Saxon societies was considered the greatest of crimes, more than murder.


infowarrior1 said:
Its not their lack of Queenbury rules that got them destroyed. Its their war against God and his people.
Click to expand...

Alfred thought the same thing about Wessex -that it had, before him, laxed in faith the Vikings were in a sense 'judgement' he restored piety and religious education to Wessex which is the foundation state of what we now call England.

wayfaringstranger said:
Exactly what a global-homo LGBTQ activist will say when they assault a Christian preaching the gospel in the public square.

If you consider enslavement, torturing prisoners to death, breaking oaths, lying, breaking treaties. looting and destroying monasteries to be ethical then I suppose they were . The Vikings laughed at the 'naive' Christians. Alfred never stooped to their level.

That didn't stop them from literally slave raiding Christian countries like Wessex and selling the women in slave markets aboard.

Alfred thought the same thing about Wessex -that it had, before him, laxed in faith the Vikings were in a sense 'judgement' he restored piety and religious education to Wessex which is the foundation state of what we now call England.
Click to expand...

Exactly comparatively because in the orient this is what happens in contrast to how Viking did things:

Shi Jian could not endure Shi Min's hold on power, and he sent his brother Shi Bao, the Prince of Leping, and the generals Li Song (李松) and Zhang Cai (張才) against Shi Min, but after they were defeated Shi Jian pretended as if they had acted independently and executed them all. Another brother of his, Shi Zhi the Prince of Xinxing, then rose in the old capital Xiangguo (襄國, in modern Xintai, Hebei), in alliance with the Qiang chieftain Yao Yizhong and the Di chieftain Pu Hong against Shi Min and Li Nong. Shi Jian then tried to have the general Sun Fudu (孫伏都), a fellow ethnic Jie, attack Shi Min, but Shi Min quickly defeated him, and Shi Jian, trying to absolve himself, then ordered Shi Min to execute Sun. Shi Min, however, began to realize that Shi Jian was behind Sun's attack, and he decided that he needed to disarm the Jie people, who knew that he was not a Jie but ethnically Chinese. He ordered that all non-Chinese not be allowed to carry arms, and most non-Chinese fled Yecheng after that. Shi Min put Shi Jian under house arrest with no outside communication.

As the non-Chinese tribes continued fleeing Yecheng, Shi Min realized that he would not be able to use the Hu (胡 Barbarians), so he issued an order to the ethnic Chinese according to which each civil servant who killed one Hu (胡) and brought his head to him would be promoted in rank by three degrees, and a military officer would be transferred to the service at his Supreme Command. Shi Min himself led Chinese in killing the Hu (胡) people without regard for sex or age; during the day tens of thousands of heads were severed. In total over 200 thousand people were killed; their bodies were dumped outside the city. Troop commanders in various parts of the state received a rescript from Shi Min to kill the Hus (胡); as a result half of the people with high noses and bushy beards were killed.[5] Among the 200,000 people who died in the massacre many were in fact ethnic Chinese who had high big noses, deep-set eyes and thick full beards, which in combination were considered to be the indicators of non-Hanness.
Click to expand...


The punishment by nine exterminations is usually associated with the tyrannical rulers throughout Chinese history who were prone to use inhumane methods of asserting control (compare with slow slicing, or "death by ten thousand cuts"). The first written account of the concept is in the Classic of History, a historical account of the Shang (1600 BC – 1046 BC) and Zhou (1045 BC – 256 BC) Dynasties, where it is recorded that prior to a military battle, officers would threaten their subordinates that they would exterminate their families if they refused to obey orders.
Click to expand...

Compare that to the Roman practice of decimation where 9 men beat the one man to death after drawing lots because their unit deserted or was guilty of cowardice in some other way to maintain discipline. Which is comparatively less immoral.

From the Ming (1368–1644) and Qing (1644–1912) Dynasties onward, the extent to which those within the family were exterminated was increased. Under the Hongwu Emperor (r. 1368 – 98), those committing rebellion and treason were punished by having their parents, grandparents, brethren (by birth, as well as "sworn brothers"), children, grandchildren, those living with the criminal regardless of surname, uncles and the children of brethren put to death, as well as death themselves by slow slicing or lingchi.[15][16] The number of sentences during the Ming were higher than that of the Tang,[17][18] due to the policy of "showing mercy beneath the sword" (Chinese: 刀下留情), while females were given the choice to become slaves rather than to be killed. A rare case was Fang Xiaoru (1357–1402), whose students and friends were also executed as the 10th family by the Yongle Emperor (r. 1402 — 1424), the only case where "ten exterminations" was officially sentenced and carried out.
Click to expand...


This makes the French Revolution and its atrocities look like a choirboys by comparison. Of course there is the Carthaginians who sacrificed their children to Baal:

(Phys.org) —After decades of scholarship denying that the Carthaginians sacrificed their children, new research has found 'overwhelming' evidence that this ancient civilisation really did carry out the practice.

And the wickedness of the Canaanites which God ordered to be wiped out.

You think Vikings are bad. But there are far worse demonic behaviors that Civilizations like the Aztecs took part in.
Last edited: August 4, 2021 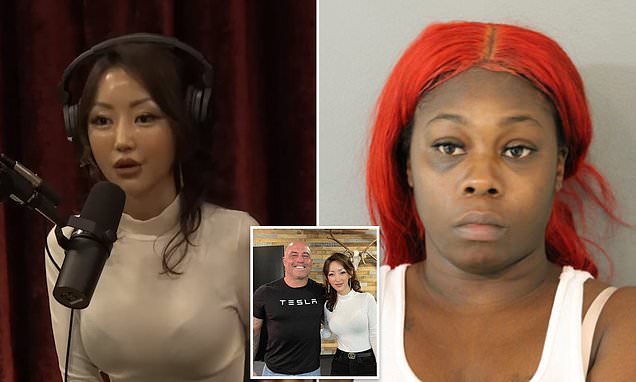 Yeonmi Park (left), 27, who defected from North Korea, says she was called a racist by white bystanders in Chicago last year after she was mugged by Lecretia Harris (right), 29.