Gold Member
How long until the outcries for another vote, a people’s vote, keep voting until you get the outcome you want
O

Teedub said:
The Brexit Party are just neoliberal Tories on steroids. Fuck them. Labour are anti white so fuck them. Tories are globalist so fuck them. Wish there was a proper third position nationalist party to get behind. But even if there was, our electoral system makes it impossible for them to win anything.
Click to expand...

Emancipator said:
How long until the outcries for another vote, a people’s vote, keep voting until you get the outcome you want
Click to expand...

The libs on Twitter are very dejected for now. There's a lot of anger at Jerry for throwing this and there's a lot of the same sort of comments from the luvies that have turned the conservative party into the labour party. This is a trend that I think can only accelerate. It will be interesting to see the class analysis on this result. There was a 7% shift of working class voters from labour to conservative in 2017, from 2015. We're looking at the same again.

Easy path forward to endless victory, with the only possible stumbling block being the economy, for the conservative party. You just know they won't take it. Labour have pished their middle class - working class alliance away. Something that is very hard to build, as the groups do not naturally mix. The conservatives have built that alliance largely by accident.
M

Banned
We just need to divide this 'country' up into smaller polities where everyone can have somewhere where they belong and the ((establishment)) can't get their hands into every piece.

I'm not talking about separatism, just something in between the individual and the 'country'. This is the solution to all the problems facing the Left and the Right. Only the ((establishment)) will lose out.

National elections have no place in modern society, because modern Western societies are not a singular cohesive society like they once were.

The first step is mental, and the hardest.

Other Christian
Gold Member
This result should finally shut up those condescending remoaners that were endlessly calling for a second referendum because the British public didn't fully understand the issues. The salt from this is going to be glorious. I bet the BBC are seething.

Boris has no excuses now. He must deliver HARDCORE BREXIT. 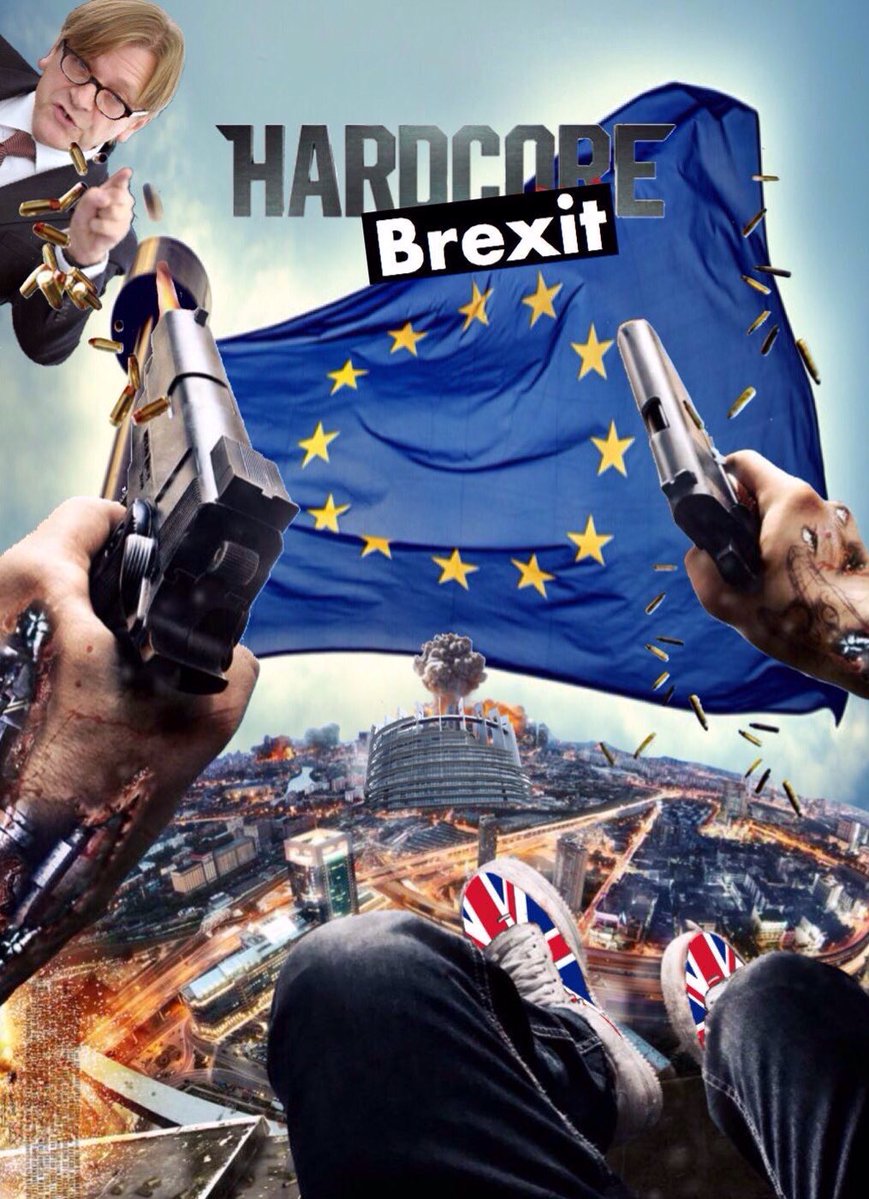 Gold Member
I won't lie, I was extremely elated when the exit poll came in, despite the numerous misgivings against the globalist Tories that haven't conserved anything in ages. Johnson also seemed to be screwing up the campaign, but luckily people weren't fooled by international socialism. The other guys (Labour) would have brought repressive taxes on anyone who succeeds in life and would have created a Star Chamber for Islamophobia. And that's just the moderate international socialist wing: the actual Labour membership, their base, wanted to put completely open borders, total freedom of movement for anyone in the world to come into the UK, in their manifesto.

Although Johnson is more of an insider than Trump, by purging his party this autumn he has transformed it beyond recognition, just as Trump has transformed his party. This is not a victory for the dissident right, but it's motion, momentum (small m), a fighting chance. They have made themselves dependent on blue-collar voters just to stay in power. That provides an opening. I felt pretty pessimistic about Britain going into this campaign, and the situation is still so dire that you can't just vote your way out of it, make no mistake. But this is better than what most could have expected.
H

Gold Member
This is a pretty significant moment in British politics. A huge number of seats that had not voted conservative in *decades* did so last night. Given our entrenched class system, and the strength of historical ill-feeling over what was felt to be forced de-industrialisation in many of these seats that swung, this is quite a revolution.

I have mixed feelings - none of this changes the deep rooted inadequacies of the Conservative party, but it does offer an excellent insight into the mind of the British voter. Overcoming these historical prejudices involved hundreds of thousands of personal political revolutions. There is a great deal of defiance left in us after all. 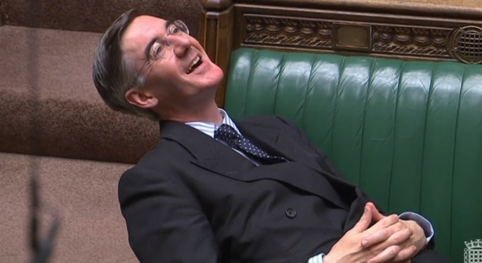 Banned
The only I think is really relevant question is not Brexit but how this will affect the immigration, does anyone know?

AFAIK Johnson is committed to introduce a point based system like in Australia:
https://www.theguardian.com/comment...citizens-brexit-business-immigration-policies

Freedom of movement for EU nationals following Brexit will end. It's the Government's intention to establish a points-based style immigration policy, similar to Australia.
R

A record 220 female MPs will take their seats in parliament after this election, but the House of Commons will still fall far short of being gender balanced.

The proportion of female MPs will reach 34%, the highest portion of either chamber in parliament to date. However, there are stark differences across the party divide: just a quarter of Conservative party MPs are female, whereas the Labour party will now be represented by more women than men – with a record 104 female MPs.

Of the main parties the Liberal Democrats will have the highest proportion of female MPs at 64% – though there are only seven – while just a third of newly declared SNP parliamentarians are women.

Tory-dominated south-west England has by far the highest proportion of male MPs at 80%, followed by Northern Ireland at 78%, while London – where Labour took 49 seats – almost achieved absolute parity with 49% female representation. The north-east has the second highest proportion of women MP’s, 41% of its 29 MPs.

With 649 seats now confirmed, only St Ives – a Conservative-Lib Dem marginal where the two main contenders are male – is still to declare. Therefore the above figures are almost certain not to change.

Female Conservative candidates stood in a record number of seats for the party – almost a third of their prospective MPs. The Tories were criticised for allowing men to fight most of the plum seats, but Siobhan Baillie became Stroud’s first female MP in a Conservative gain from Labour. She is one of 87 Tory MPs who will return to parliament.


Sign up for Andrew Sparrow's Election Briefing
Read more
There is already speculation over who will be the next leader of the Labour party, after Jeremy Corbyn confirmed he would stand down following a “process of reflection”. Angela Rayner, Jess Phillips and Rebecca Long-Bailey are among those considered the frontrunners.

The UK is now set to rise from 39th position in the global rankings for the proportion of women in the lower – or sole – house of parliament.

However, there had been fears over the number of female MPs who chose not to contest their seats at this election and many lamented the abuse they faced in office.

Catholic
Gold Member
I'm sure glad that the Labor didn't get into power, but I also have a feeling that Boris will find some nice, inoffensive way to not go ahead with Brexit (or do it in a way similar to May's terrible deal) and to just keep things as they are. Hope to be proven wrong!

It's quite likely that the conservatives have used immigration to inflate nominal GDP. It took about six years for the economy to recover from 2008, in pound terms. In that time the work force grew by about 1,5 million (5% increase), while real wages dropped about 6%. Without immigration GDP would probably only have just come back to 2008 levels.

Boris called for 1 million illegals to be given citizenship. He called for that about 10 years ago. Here's a more recent call: https://www.thetimes.co.uk/article/boris-johnson-vows-to-back-amnesty-for-illegal-migrants-ghjsd5jms

For Boris' part you can tell the new Australian-style points system is something he's not really interested in. The source of that is the Home Secretary, Priti Patel, who will be the source of any serious movement on immigration. I think it will be a more fruitful source than May.

Gold Member
Points based is a farce anyway. It misses the point, so to speak.

Instead of your lower class getting fucked your middle class gets fucked instead. Such an improvement. If someone brings it up then say...

"We are a country of (x)ty million people. In Africa, India and China there are 4.2 billion people who would prefer to live where we are now. (y) many times our entire population.

When does this insanity end?"

I'd be interested to see the ethnic breakdown of Labour's elected MP's. They have to be the Diversity Party now. Looking at the election map their seats appear to be limited to heavily vibrant areas of major towns and cities.

It's also great to see that Labour completely lost Scotland. If the Scots now go independent with a new Scots-only referendum, as they should, Vibrant Labour will never regain control of English parliament. Their urban strongholds cannot deliver the required number of seats. White working class voters have deserted them knowing they have been betrayed to pander to the invaders instead.

It sure is sweet seeing that treasonous hobbit John Bercow (Berkowitz) looking teary-eyed on Sky. 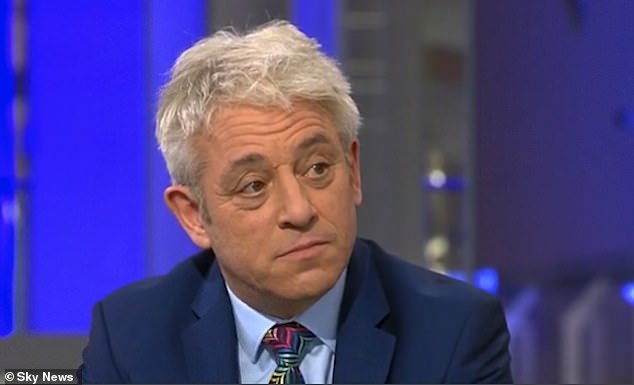 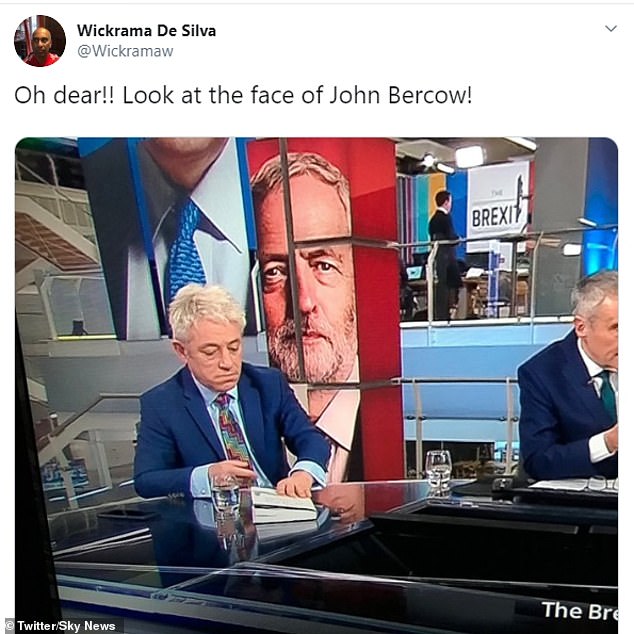 Even if the Tories let us down on immigration there will be the solace of cutting off the billions being sucked away to the EU. After Brexit this shortfall of cash will sink them. The German central bank is already at the point of collapse trying to sustain their progressive policies.

We will regain our sovereinty and and can work to cut all the EU red tape strangling us. The Euro courts will no longer be able dictate the laws of Britain. The abusive use of human rights law can be ended.

We are counting on Boris to deliver though. Will he rise to be the resolute man of history or the sorry cuck that failed us with squishy capitulation and fudging?