I've always said, Trump's biggest benefit for people outside of America is how he is the first to say the emperor has no clothes 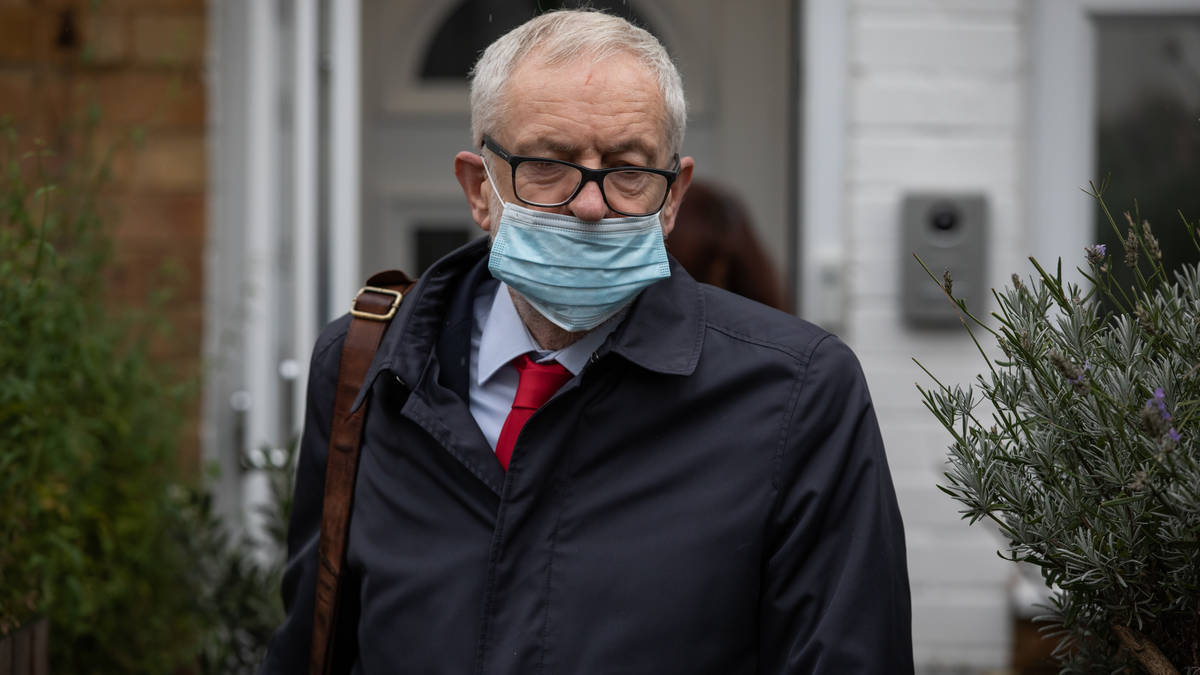 Jeremy Corbyn has been suspended from the Labour Party pending investigation over comments he made following the publication of a bombshell anti-Semitism report.

Jeremy Corbyn has been suspended from the Labour Party pending investigation over comments he made following the publication of a bombshell anti-Semitism report.

The former Labour leader was widely criticised over a statement he posted on Facebook following the publication of the Equality and Human Rights Commission's (EHRC) investigation into anti-Semitism in the party.

The damning report by the EHRC found the party was responsible for unlawful acts of harassment and discrimination.

Sir Keir [Starmer, now leader of the 'opposition'] said the findings of the EHRC investigation marked a "day of shame" for Labour and he was "truly sorry" for the pain caused.

Minutes before he was suspended, Mr Corbyn told Sky "of course not" when asked whether he would resign.

Afterwards he tweeted: "I will strongly contest the political intervention to suspend me.

"I’ve made absolutely clear those who deny there has been an antisemitism problem in the Labour Party are wrong.

"I will continue to support a zero tolerance policy towards all forms of racism."

Mr Corbyn rejected some of the report's findings and claimed the issue had been "dramatically overstated for political reasons" by his critics.

A spokesperson for the Labour Party said: “In light of his comments made today and his failure to retract them subsequently, the Labour Party has suspended Jeremy Corbyn pending investigation.

"He has also had the whip removed from the Parliamentary Labour Party.”

In a broadcast interview, Mr Corbyn insisted he was not "part of the problem" over the party's handling of anti-Semitism.

He said: "The numbers of cases in the public perception had become overstated.

"The existence of the problem, I fully acknowledge, which is why I took action to end the problem in the party by introducing a process to get anti-Semites out of the party."

"This is the right thing to do," Ms Harman tweeted.

"If you say that AS exaggerated for factional reasons you minimise it & are, as @Keir_Starmer says, part of the problem."

The statement that got Corbyn suspended...

“Antisemitism is absolutely abhorrent, wrong and responsible for some of humanity’s greatest crimes. As Leader of the Labour Party I was always determined to eliminate all forms of racism and root out the cancer of antisemitism. I have campaigned in support of Jewish people and communities my entire life and I will continue to do so.

“The EHRC’s report shows that when I became Labour leader in 2015, the Party’s processes for handling complaints were not fit for purpose. Reform was then stalled by an obstructive party bureaucracy. But from 2018, Jennie Formby and a new NEC that supported my leadership made substantial improvements, making it much easier and swifter to remove antisemites. My team acted to speed up, not hinder the process.

“Anyone claiming there is no antisemitism in the Labour Party is wrong. Of course there is, as there is throughout society, and sometimes it is voiced by people who think of themselves as on the left.

“Jewish members of our party and the wider community were right to expect us to deal with it, and I regret that it took longer to deliver that change than it should.

“One antisemite is one too many, but the scale of the problem was also dramatically overstated for political reasons by our opponents inside and outside the party, as well as by much of the media. That combination hurt Jewish people and must never be repeated.

“My sincere hope is that relations with Jewish communities can be rebuilt and those fears overcome. While I do not accept all of its findings, I trust its recommendations will be swiftly implemented to help move on from this period.” 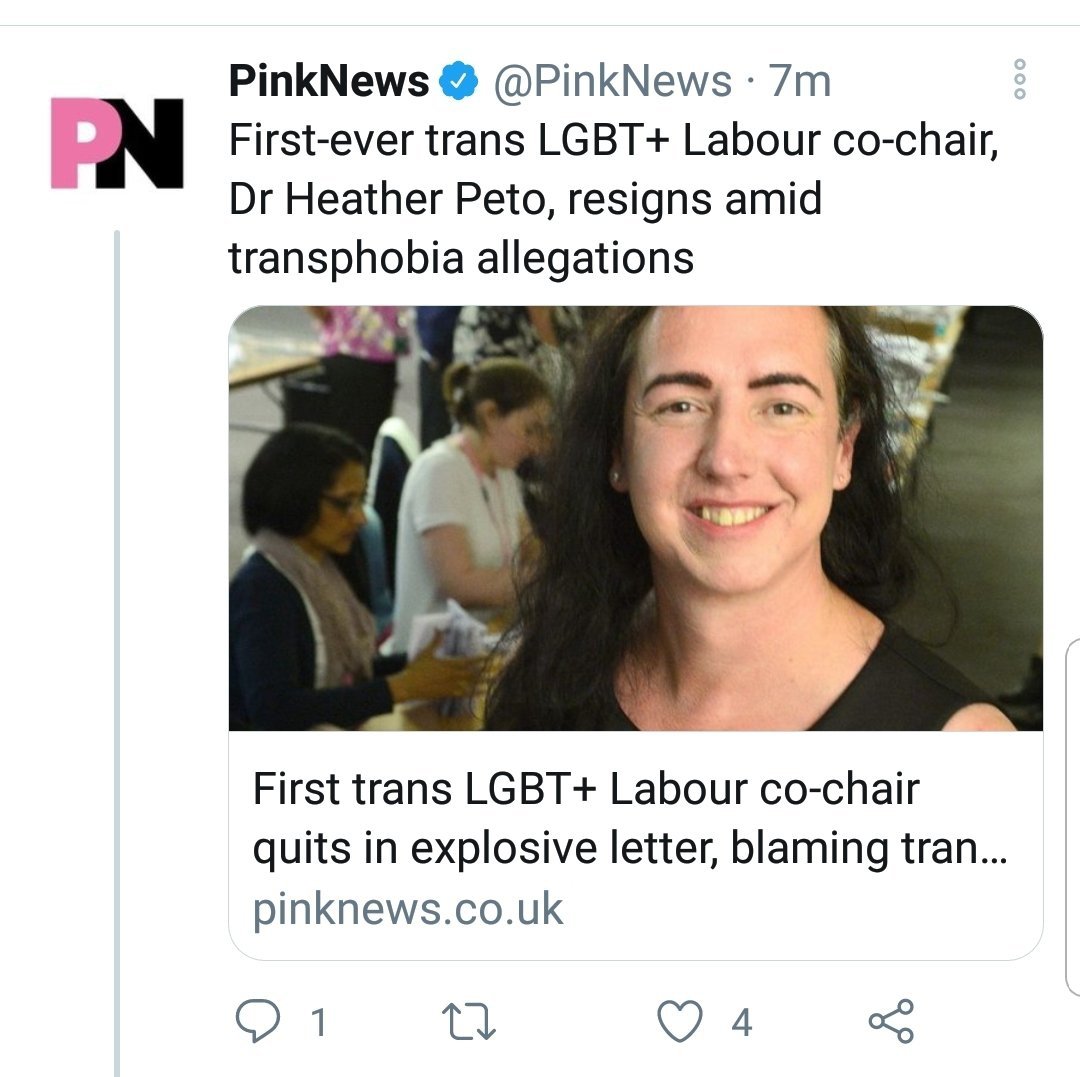 Labour LGBT+, the organisation that called for disciplinary action against Rosie Duffield because she said only women have a cervix, and said party members who believe men who identify as women are still men should be expelled from the party, has been accused of transphobia

The whole Captain Tom thing was a bit of a personality cult, but the pastor was deservedly slammed for claiming that it had anything to do with white nationalism.

Every time someone pops up with this sort of nonsense they need to be made to explain themselves.

I know someone whose cafe has gone under due to the lockdowns. These people are no doubt very frustrated.


I see Big David Kurten has set up The Heritage Party: https://heritageparty.org/

And they are on Gab: 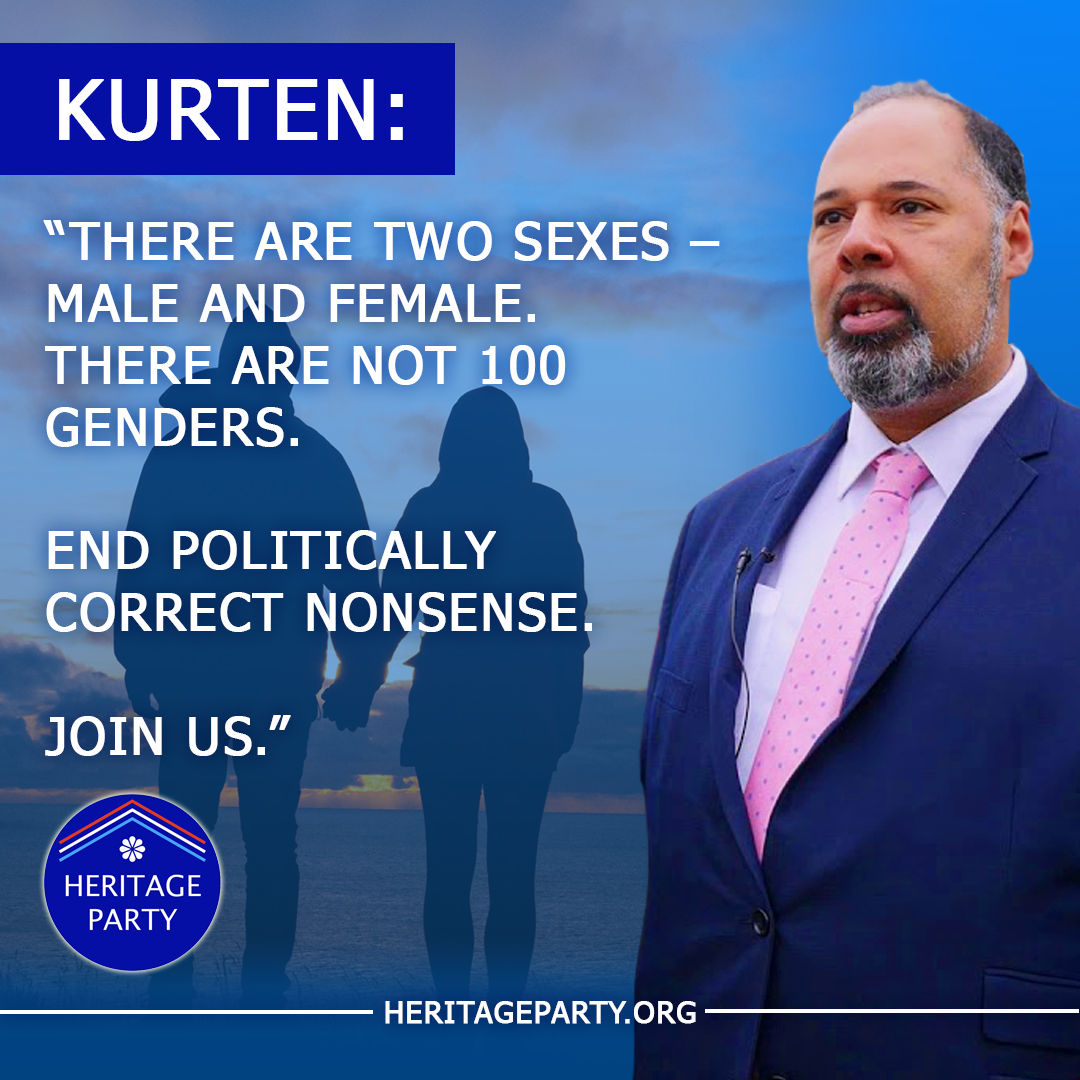 I know someone whose cafe has gone under due to the lockdowns. These people are no doubt very frustrated.
Click to expand...

I urge every Polish citizen to leave the UK and stay away from this plane crash.
M

Orthodox Inquirer
That was a terrible punch from the police officer. considering how small the guy he was punching compared to him is he should have been able to cause much more damage.

UK Police look so soy compared to their colleagues in the United states who are generally more broad chested and have a better standing frame. There used to be a requirement where a trainee police constable had to perform a 78lbs bench of 10 reps by 3 sets in order to qualify for the force. Even lifting some weights as miniscule as that was removed. Along with the video just posted it goes to show just how weak the force really is.

Anyway typical cowardly behaviour from UK police who are quick to punish white owned businesses that are just trying to earn a living but when it comes to ghettos with knife crime they are too scared to take any action. 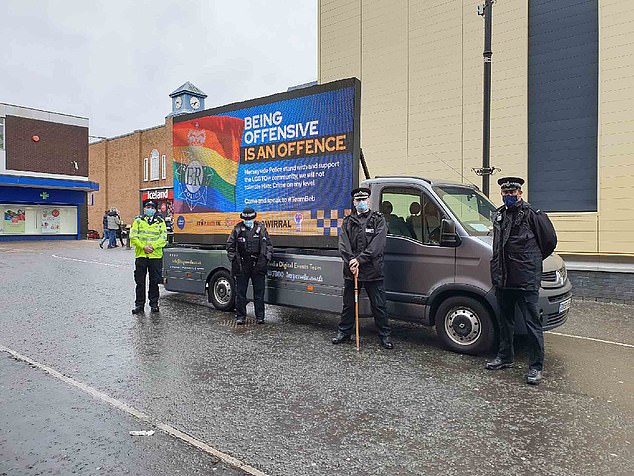 Cops apologise for making up the law as they go along: Woke police force backs down over 'utterly chilling North Korean' (and wrong) claim that 'being offensive is an OFFENCE'​

This SNP MP is now having to prove she is not a rapist to receive her salary. 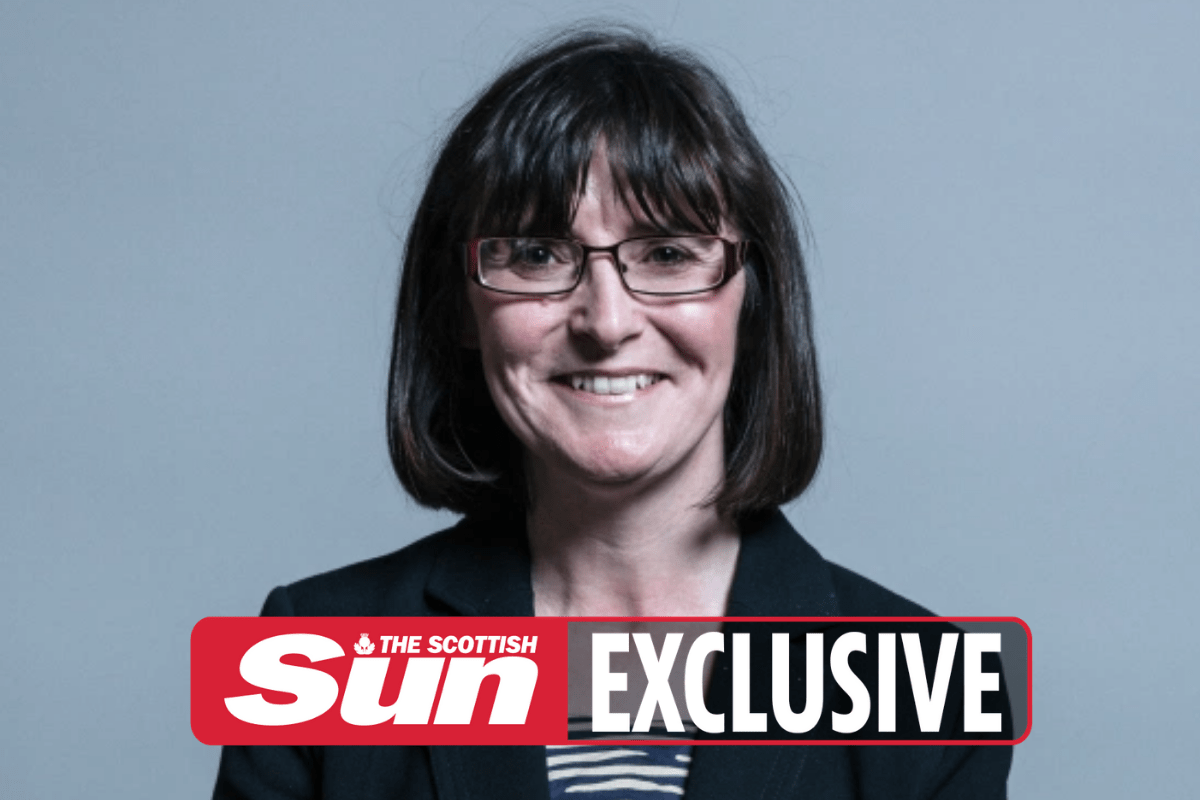 A NATS MP who was recently promoted to a frontbench job is facing an allegation she sexually harassed an SNP staffer in a Commons bar. North Ayrshire and Arran MP Patricia Gibson can today be named…

Her husband, an SMP, bumped her for a £10K holiday in Costa Rica with a married SNP aide: 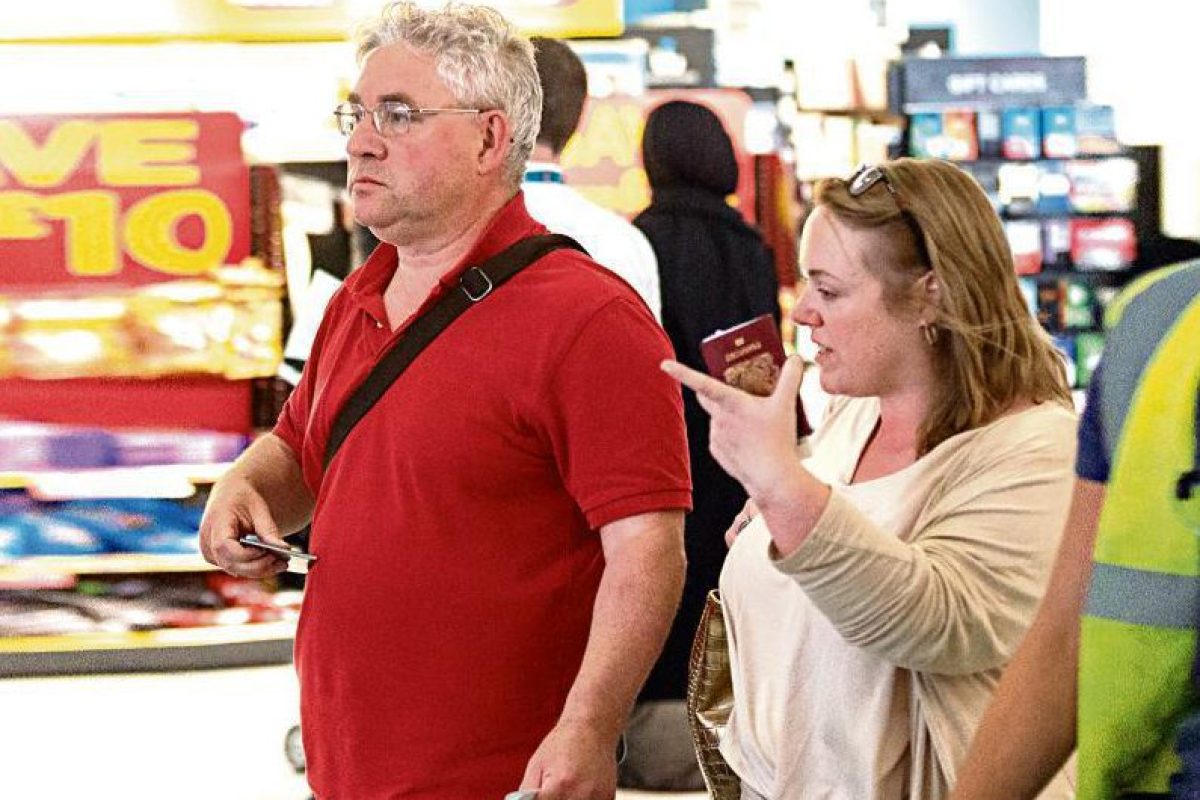 NATS love rat Kenny Gibson jetted 5,000 miles to Costa Rica for a tryst with a married party aide weeks before a break in Spain with his MP wife. The 56-year-old holidayed with Ellen Forson, 42, th…

Cops apologise for making up the law as they go along: Woke police force backs down over 'utterly chilling North Korean' (and wrong) claim that 'being offensive is an OFFENCE'​

that's the sort of arrogance that Common Purpose ("leading beyond authority") courses instill in their alumni. Leftist NGOs and Freemasonry have been pozzing the police force for decades.

Orthodox Inquirer
How's Farage doing these days? I heard he fell for the cojona hoax.

Viktor Zeegelaar said:
How's Farage doing these days? I heard he fell for the cojona hoax.
Click to expand...

Yeah he took the jab but he is against vaccine passports but he called on Tony Blair to manage the vaccine who is for greater freedoms for the vaccinated.
You must log in or register to reply here.
Share:
Twitter Email Share Link
Top