HectorLavoe said:
I am all over Ontario for work and I havent been stopped or bothered once. There is regular rush hour traffic here, people aren't staying at home. A police woman came into the store where I was doing contract work, looked right at my bare maskless face and said nothing, this was in a covid hotspot city. We aren't at Australia level tyranny here just yet but that may change.
Click to expand...

Only exists on the news and through their theater updates. There are not enough police in Canada to enforce these policies for even half of Toronto. It's hilarious really as the psychopath politicians think they are being taken seriously making them even bigger idiots.

Not trying to pill anyone either but when has the Canadian government ever been able to successfully accomplish anything? They are incompetent at best and might try to pull this off but will make complete asses of themselves in the process. National Lampoon's government Canadian version type of deal.

Hello from the prairies my fellow Stompin Tom Connors brothers.
A

3stripedlakeshadow said:
I wish we had that mentality in America. The police here can basically brutalize anyone that is not a minority, and not face any immediate consequences. The COVID lockdowns here have made me 100% anti-police, not that anyone can do anything, but I will not be snitching or selling my neighbors out. I try avoiding the police at all/any costs, because if they can't look you up, they WILL waste and expend your time and resources by falsely arresting you and costing you time/money to fight that stuff.

Back the blue? I back individuals, not Democratic party shock troops. The police at this point have lost any credibility/good will.
Click to expand...

Hoax lockdowns somewhat improved my opinions about the police - in my case sheriffs, as I knew many or most rural sheriffs won't enforce illegal unconstitutional non-sense and some of them publicly stated so. I drove across the US in the middle of March 2020 panic expecting roadblocks at first, and crossed state borders later to do shopping, etc, was passing right by sheriff's stations accross "closed" borders, knowing they won't be bothering me. May be in part thanks to rural sheriffs not wanting to cooperate with this Evil we are free to move around today.
Last edited: May 6, 2021

aynrus said:
The article says 4 checkpoints and the map shows the path to Whistler being open, but then it cuts off at Lillooet, I wonder if there're side/dirt roads there to bypass, there seems to be a road by the river that goes into extensive remote road system.

https://www.cbc.ca/news/canada/british-columbia/rcmp-road-checks-bc-1.6015583
I see Vancouver is pretty landlocked by the mountains/easy to isolate
Click to expand...

I do a lot of adventure touring on my enduro bike. I could make it around the road blocks, but not too many people in regular vehicles could. Even in a decent 4x4 it would be a long, rough drive. Vancouver is super easy to block off. From a defensive point it was always a plus, but now that we are dealing with mini tyrants it also looks like a pretty nice prison.

HectorLavoe said:
I am all over Ontario for work and I havent been stopped or bothered once. There is regular rush hour traffic here, people aren't staying at home. A police woman came into the store where I was doing contract work, looked right at my bare maskless face and said nothing, this was in a covid hotspot city. We aren't at Australia level tyranny here just yet but that may change.
Click to expand...

Yeah traffic increases more every day here in Vancouver as well. Today was 100% pre covid levels of traffic, perhaps even more so.

BC is shedding jobs still, but skilled industries are tossing money around like its the dot com boom of the late 90s. Weird.
Click to expand...

The College of Physicians and Surgeons of Ontario (CPSO), the physician licensing body of Canada's most populated province, has threatened to sanction doctors who are anti-lockdown, anti-mask, anti-distancing, and anti-vaccine:


Apparently a number of doctors have already lost their licenses.

Eusebius Erasmus said:
The College of Physicians and Surgeons of Ontario (CPSO), the physician licensing body of Canada's most populated province, has threatened to sanction doctors who are anti-lockdown, anti-mask, anti-distancing, and anti-vaccine:


Apparently a number of doctors have already lost their licenses.
Click to expand...

How much more Orwellian can it get?

Health experts being essentially forbidden to criticize what the state says is healthy.

I never thought I would see this. It's literally something out of the book we all had to read in high school trying to warn us about state control. And now people cheer for it.
B

The Indian variant that WHO are concerned with will be Covid-21 - just as these slime bags predicted.

Winter lockdowns across the G20.

britguy88 said:
The Indian variant that WHO are concerned with will be Covid-21 - just as these slime bags predicted.

Winter lockdowns across the G20.

Should find out soon on these next 2:

We're just entering mid-Q2 2021 now. The second bullet point could end up getting sparked by this pipeline cyber attack.

britguy88 said:
The Indian variant that WHO are concerned with will be Covid-21 - just as these slime bags predicted.
Click to expand...

I’ve been watching to see if this happens.

RexImperator said:
I’ve been watching to see if this happens.

We are, once again, ahead of the curve here.

Looks like Canada's Great Reset plan comes from this Government of Canada document, from 2017:

-"Access to services could displace ownership: Individuals are using digital technologies to access “solutions” rather than owning assets.. Unlike the traditional economy, the access economy uses new technologies that let individuals rent out goods or services that they own, such as clothing, cars, rooms in houses, parking spots, tools, etc. This has made it easy to rent a product for a short period of time, and increased the goods and services we can access on demand... If widely adopted, the access economy could free Canadians from having to buy goods, especially those that need financing. Consequently, Canadians could have more liquid capital, less debt, and potentially access to higher quality products. This could be useful in helping Canadian households lower their debt and avoid extreme debt. With fewer assets, Canadians could lack the collateral to access affordable credit. Depending on how far this new access model displaces ownership, an individual may no longer own their lifestyle–instead they might effectively rent it. This new model could either speed up the concentration of power and wealth, or break it up. The result depends on the makeup of peer-to-peer (e.g. Airbnb) and big companies (e.g. Zip Car) in the access economy."

-"Social Credit may become a more powerful determinant of socio-economic inclusion: Rating a user’s credibility/trust (social credit), as is currently done by Uber, eBay and many others, is becoming more common. At the same time, new technologies such as blockchain bring new ways of capturing and assessing more information. Together, these developments could lead to new ways of evaluating who should qualify for credit and services, based on algorithms. But there is also the risk for social rating systems to isolate individuals who do not fit into normalized standards of behaviour (e.g. the mentally ill). By 2030, government and stakeholders may need to address new forms of vulnerability and inequality that arise from how we determine “good” and “bad” social behavior."

-"Links between ownership and social status are becoming unstable: Traditionally, owning expensive goods was a status symbol. If people are able to access solutions rather than buy expensive assets, then this loses meaning. Pay-per-use models could undercut the economic incentive to own goods. Canadians might then take on less debt to live the same or better lifestyles. Status may be reflected instead by accessing products that are difficult to rent or share. In this new environment, reputation might become a new form of “wealth” that could be both more accessible and prone to fluctuations. These forces put pressure on the previously strong link between ownership and social status."

-"If home affordability continues to be a challenge, and more Canadians take part in a gig economy with large pay fluctuations, then home ownership will become more unattainable. If Canadians can access housing more easily through sharing economy platforms or cohousing arrangements, home ownership may decline as a cultural value and asset."

-"If automation destroys jobs at a faster rate than new job creation, a basic income scheme introduced by the government becomes highly plausible. In such a case, wages could potentially decline as a source of wealth creation. More Canadians may be on fixed incomes, which would impact their risk tolerance and how aggressively they invest, as well as the class of assets they could access."

-"The advantages of financial literacy could improve over time. If people’s sources of income become riskier, those who can budget and allocate capital prudently will likely enjoy more comfortable standards of living and retire comfortably. With fewer resources to invest and manage, the cost of mismanagement will be more severe."

-"An access economy model favours those who already own assets. Consumers who have assets can rent them to others, and use the new economy to earn funds from what they own; those without assets may not have that opportunity. Marginalized groups typically do not have assets and/or may not understand how to best profit from them without help. Addressing this challenge might call for measures that smooth transition to the access economy, by reducing disruptive elements, distributing wealth or income guarantees, or providing assets at birth through asset-based social policy. This could ensure that vulnerable Canadians do not start at a significant disadvantage."
A

Canada is full of people who want (or, think they want) full on communism. Let them have it.

I posted this in the other thread (Canadian politics), but it is germaine to this discussion, since it involves vaccine passports: 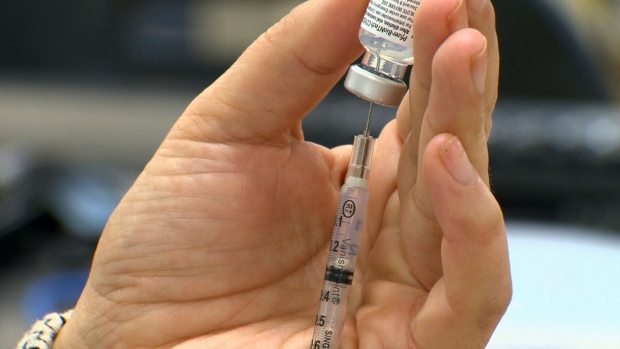 The Manitoba government is unveiling a new way for Manitobans to prove they have been fully vaccinated against COVID-19.
winnipeg.ctvnews.ca
Share:
Twitter Email Share Link
Top