That was part of the defund the police propaganda.
L

Agnostic
I posted some conservative memes that were critical of Biden's policies and voter fraud on my Facebook story. A few hours later, I received a notification of how my content wasn't factually correct and that my story was censored.

I don't have a large following on Facebook. No one is safe from censorship and cancel culture.

bish0p2004 said:
That was part of the defund the police propaganda.
Click to expand...

You won’t be seeing much of the Looney Tunes skunk Pepé Le Pew in future Looney Tunes productions, according to multiple reports.

Banned
Well this is a refreshingly new take on the tired cancel stories. Now the black editor of Teen Vogue is under fire for some mild jokes about asians. Goes to show you this is a circular firing squad. It would be hilarious if now black liberals were targeted for their jokes on other races.

Over the past several days, Condé Nast has been flooded with criticism and debate over the selection of Alexi McCammond as Teen Vogue’s new editor-in-chief. The 27-year-old reporter was viewed in political journalism circles as a rising star for her coverage of the Trump White House and the 2020 election, which garnered her an award from the National Association of Black Journalists and an on-air contributor gig with MSNBC.

But immediately following Condé’s announcement of its new top editor, critics resurfaced old tweets from 2011 in which a then-college-aged McCammond, who is Black, used racist stereotypes about Asian people.

“Now googling how to not wake up with swollen, asian eyes…” she wrote in one of the tweets. “Give me a 2/10 on my chem problem, cross out all of my work and don’t explain what i did wrong...thanks a lot stupid asian T.A. you’re great,” read another.
Click to expand...

Remember, it's only Cancel Culture if it comes from the Cancelle region of France, otherwise it's just "Sparkling Consequences". 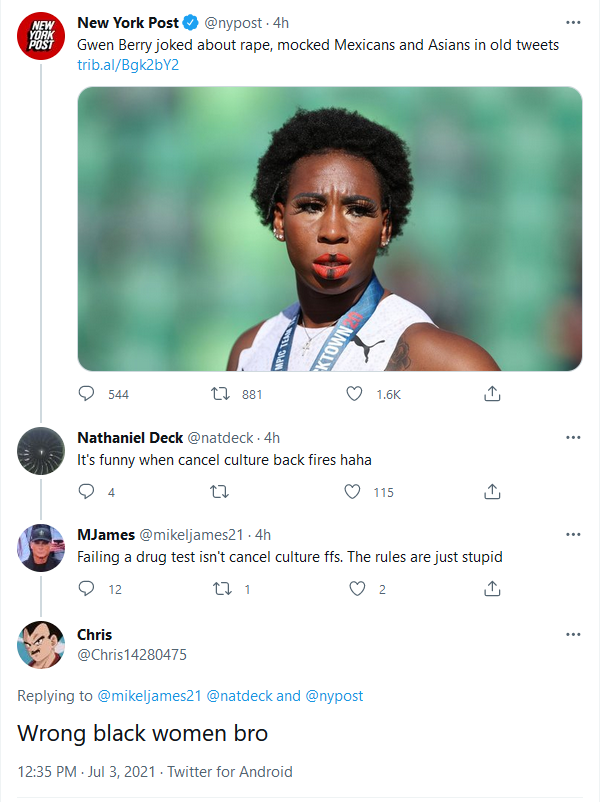 Turns out this woman who refused to honour the national anthem is a wytsupremacyist. 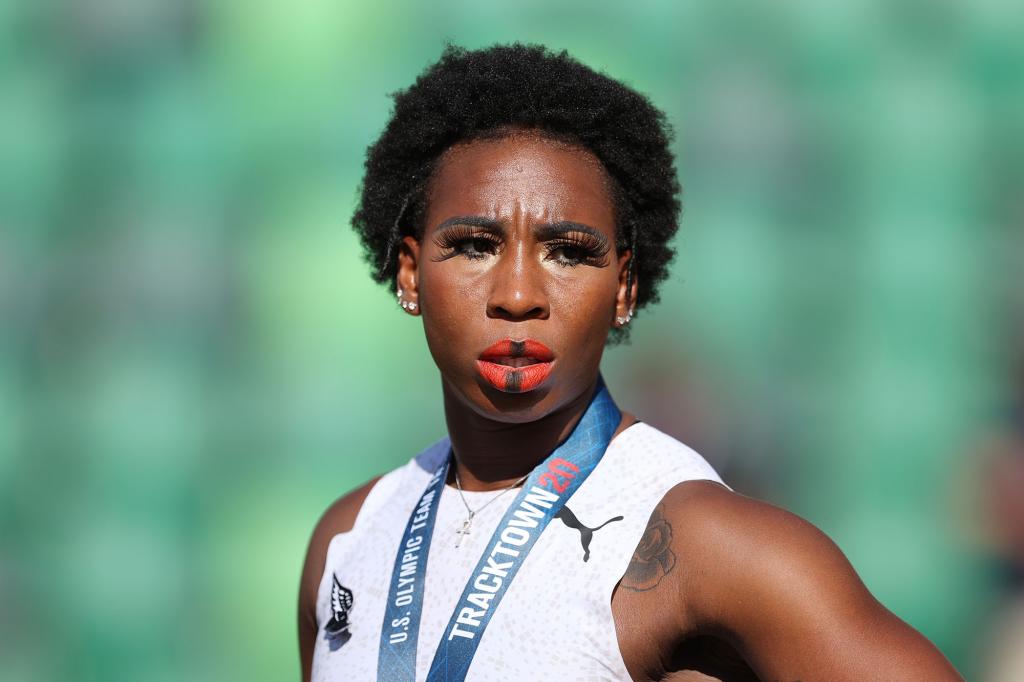 Gwen Berry is facing new scrutiny after Internet sleuths unearthed a slew of controversial tweets — including some in which the Olympian joked about rape.

Orthodox
Gold Member
I might soon be posting something which has to do with cancel culture, and was going to have a diversion around the Nazi book burnings, but didn't want to pollute that post with that strong topic which belongs here.

I first became aware of it on a history tour in Berlin where there is a memorial to it. A sunken glassed over thing on the ground, not that exciting but there are some pictures of it here:

en.wikipedia.org
The point is that modern day cancel culture is very similar to what happened in 1933, just without the flames in a much more discrete and technological manner. Different kind of politics being cancelled.

Was not aware of exactly what was burned, but had a quick look and it is rather eye opening: 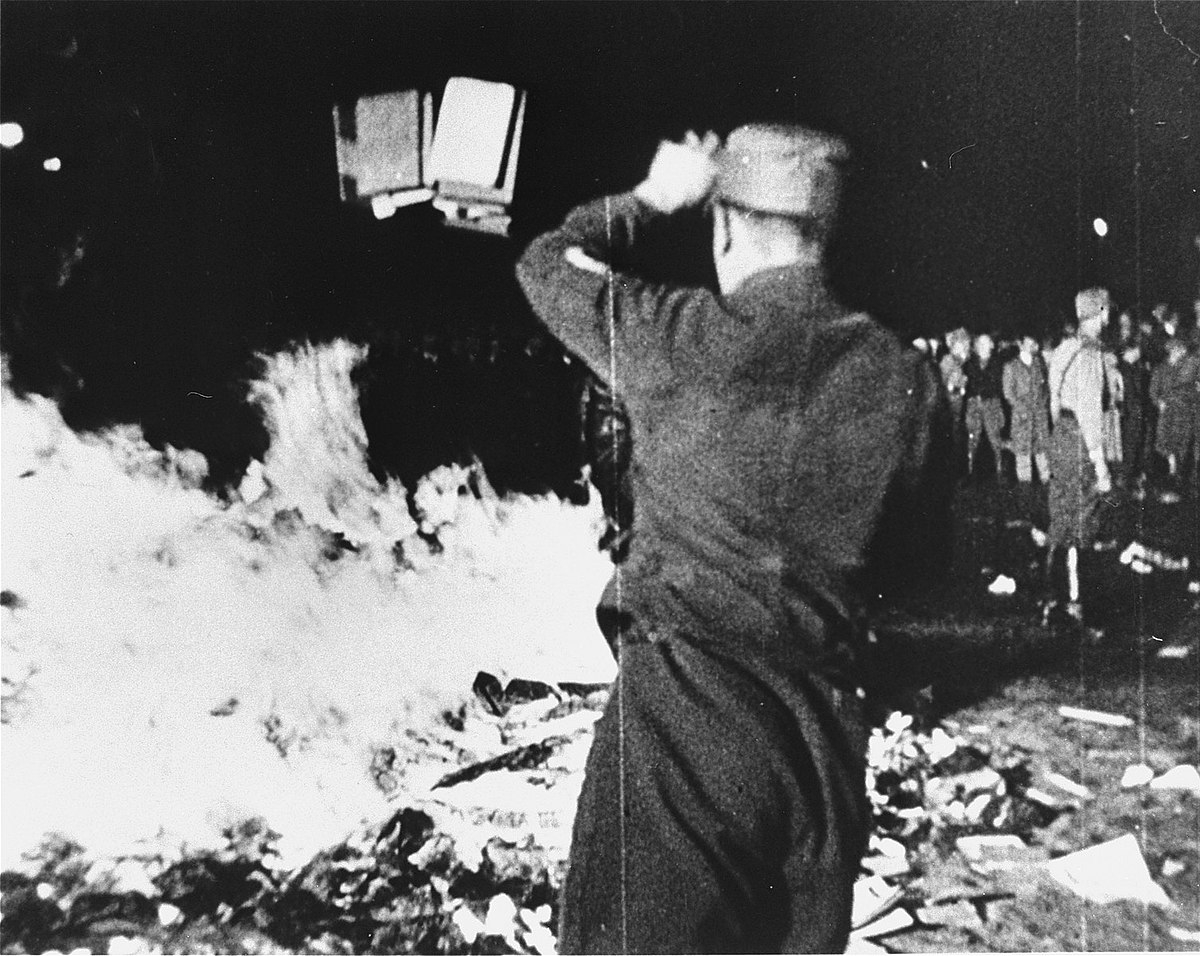 The initial books burned were those of Karl Marx and Karl Kautsky, but came to include very many authors, including Albert Einstein, Helen Keller, writers in French and English, and effectively any book that was not ardent in its support of Nazism.

Now - anything not in ardent support of wokism and leftism gets cancelled!

On April 8, 1933, the Main Office for Press and Propaganda of the German Student Union (DSt) proclaimed a nationwide "Action against the Un-German Spirit", which was to climax in a literary purge or "cleansing" ("Säuberung") by fire.
...
The first large burning came on 6 May 1933. The German Student Union made an organised attack on Magnus Hirschfeld's Institut für Sexualwissenschaft (roughly: Institute of Sex Research). Its library and archives of around 20,000 books and journals were publicly hauled out and burned in the street. Its collection included unique works on intersexuality, homosexuality, and transgender topics.

I can't believe it, the official narrative looks back on such a burning as a negative not a positive thing?! It is quite unbelievable. Yes, a bit agressive and fanatical but those topics are not exactly wonderful for a coherent society. It's anti-free speech but likely very subversive material, partly from Jewish intellectuals was burned which may have been to much of a danger to society to keep around at the time.

In Berlin, some 40,000 people heard Joseph Goebbels deliver a fiery address: "No to decadence and moral corruption!" Goebbels enjoined the crowd. "Yes to decency and morality in family and state!

- and what, decadence and moral corruption, yes please give me more! No to decency and morality! (?!) How can you disagree with Goebbels on that one..

I looked through the list of what was burned and would not blanket agree with it, but those things quoted above make them sound more reasonable than the contempory woke cancellers. In general I'd prefer it if nothing were censured or cancelled, but some things should be available but without being promoted.

In any case the point is that the modern day 'woke crowd' and their cancel culture has something in common with what was going on back then, probably preaching to the converted here, but maybe some members are not aware of those events.

https://www.youtube.com/watch?v=ewRjZoRtu0Y The singer M.I.A., who is a Tamil who lives in the UK an

https://www.youtube.com/watch?v=ewRjZoRtu0Y The singer M.I.A., who is a Tamil who lives in the UK an

The people controlling the apps? 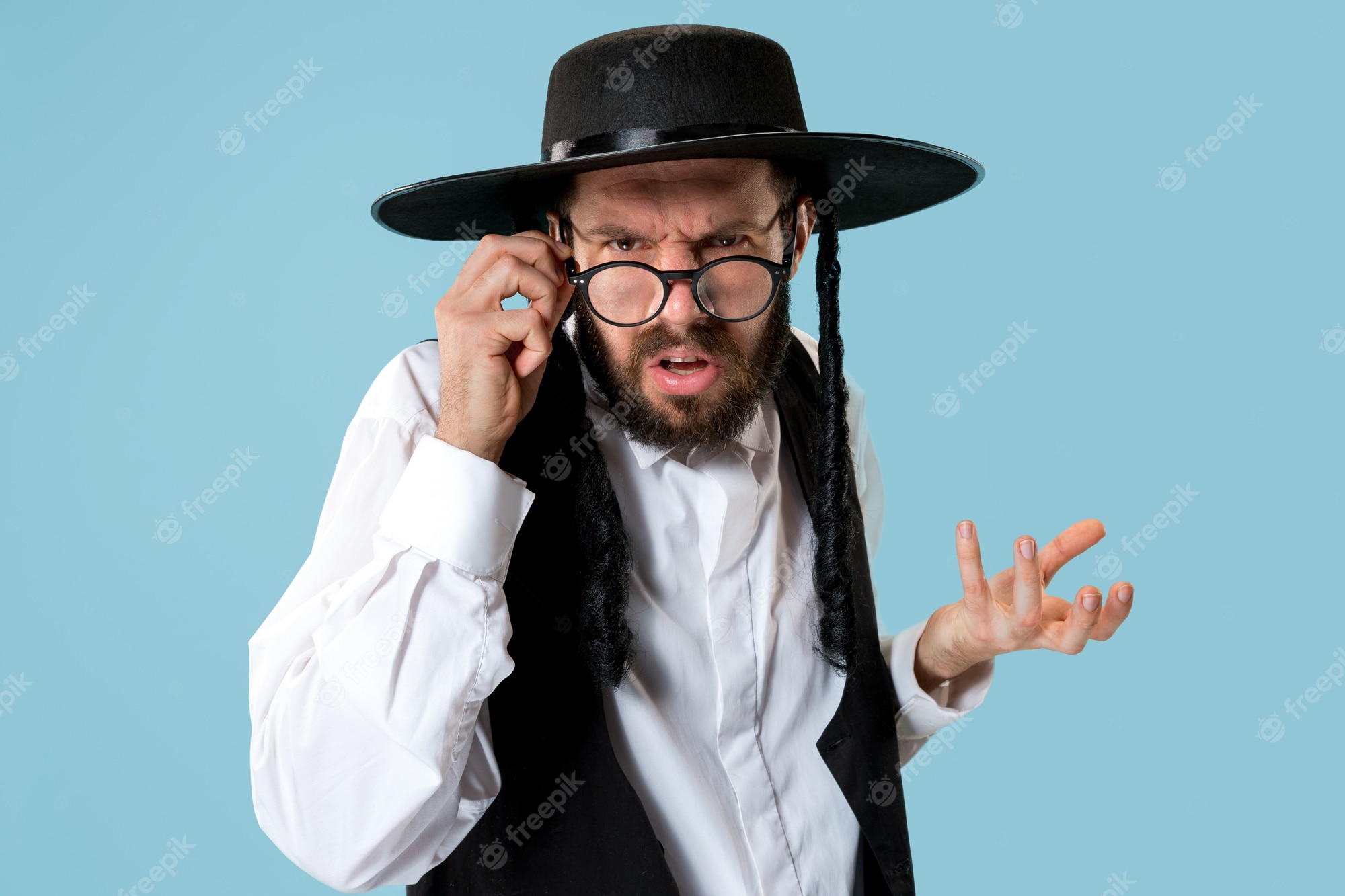