Protestant
I'll send a couple of examples. This is not my forte, but I think both are good example of what you might be looking for: 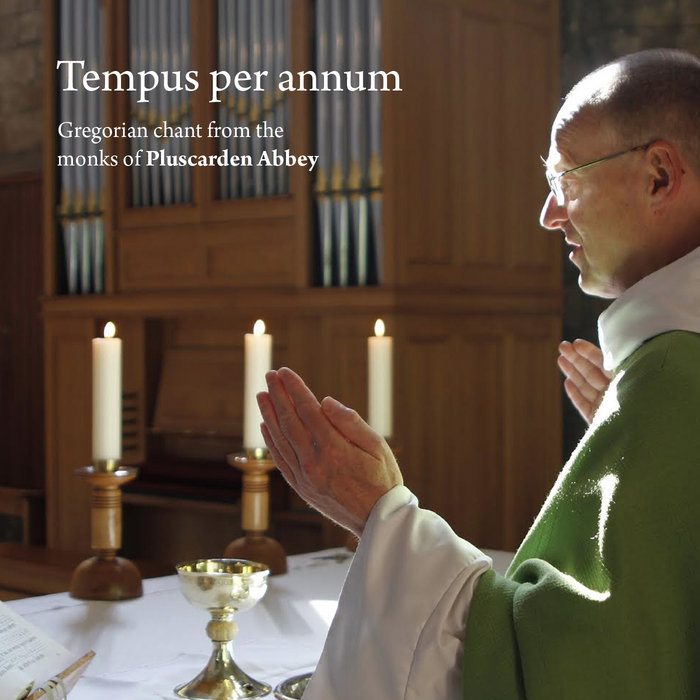 Tempus per annum, by The Monks of Pluscarden Abbey

Banned
Orthodox Catechumen
Gold Member
Maybe not what the OP had in mind but I want to ask you guys what do you think is the meaning of this track? Am I right in thinking it's about finally finding God?

Protestant
I don’t listen to a whole lot of music so I’m not really familiar with any traditional Christian music. I’ve always thought it was mostly the devil’s arena, at least most modern music. Classical stuff and orchestra has a lot of value. There’s also some fun secular bands but I don’t take any of that seriously.

Some of their stuff wasn’t bad though. The musicians themselves are talented, even if the genre is misdirected. Maybe it left a positive mark, as I still have good memories of a few songs. Definitely a strong 90’s vibe.

Banned
This ought to calm any weary soul
R

Muslim
On my 6.5 inch marine speakers, I'm listening to this song by JesusAnne Wilson.

Catholic
A superb rendition of Allegri's "Miserere mei, Deus" ("Have mercy on me, O God")

Lyrics:
He is fairer than the lily of the valley
He is brighter than the morning star
He is purer than the snow, fresher than the breeze
Lovelier by far than all of these

The Penitent Man said:
I don’t listen to a whole lot of music so I’m not really familiar with any traditional Christian music. I’ve always thought it was mostly the devil’s arena, at least most modern music. Classical stuff and orchestra has a lot of value. There’s also some fun secular bands but I don’t take any of that seriously.

Some of their stuff wasn’t bad though. The musicians themselves are talented, even if the genre is misdirected. Maybe it left a positive mark, as I still have good memories of a few songs. Definitely a strong 90’s vibe.

I liked DC Talk a lot back in the day, along with Newsboys, Passafist, and Christafari.

I can see the criticisms of trying to do Christian music in this style, but I liked it a lot 30 years ago.

If you’re not on Spotify the above hymn begins at 35:40, but the whole album is beautiful.

Protestant
Already have a thread for this: https://www.rooshvforum.com/threads/the-christian-music-thread.36986/

Orthodox
I heard this today on BBC Radio Three - a somewhat surprisingly good source of music for the humble Christian. It has helped me wean off other modern genres of music which while I'm not strictly against them, were tempting me into all sorts of sinful patterns of thought and behaviour.

No adverts, mild PC agenda, lack of general news (apart from hourly round-up, but it's bearable most days) and mostly apolitical classical music all day - every now and then you might hear some jazz, or Moondog or something weird. Morning/afternoon slots are all I listen to but evenings often look good. It's my single source of music in the car too. They often play recordings of sermons and choir chanting around 4pm, though it is usually Anglican of course, it being the BBC. You do need an account to listen to it online, but anyone in the UK with one of those things called a "Radio" can tune in via the aerial receiver.

I was taken aback at 8am this morning, as I was starting work, when I heard the BBC presenter, in a gentle tone, start to reel off the Beatitudes, relating to the song title: "Blessed are the poor in spirit, for theirs is the Kingdom of Heaven..."

This YT channel has the entire album, and it all looks great.
Last edited: March 14, 2022
L

Orthodox
I find this one to be catchy:

Banned
Protestant
Some of you may enjoy this:

I recently learned Bob Dylan had a three-album Christian period before returning to more secular-themed music. Personally I believe Dylan remained a believer in Christ to this day. He spoke of his pact with God as the reason he continued touring long after he wanted do, even though he had many times more money than he needed to retire.

Early life: raised a Jew, attended Jew summer camp, had a Bar Mitzvah, intensely Jewish parents. Had a strong desire to run away from home and did so many times, starting at age 10. Sang songs about Jesus on his first album (In My Time of Dying, for example) after moving to New York City. Then apparently decided to play explicitly gospel-themed music in the late-70's, early-80s. According to one article I read, someone threw a cross on the stage after seeing him struggling, performing with a high fever. He kept the cross and the next night, realized he needed something stronger than the drugs he was taking to keep himself going during the tour, and realized it was the word of God. Then, in characteristic Bob Dylan style, he changed his direction completely, alienated many of his former fans, and seemingly did not care at all. Considering he was doing that for the sake of Jesus and the gospel, I find it inspiring.

Regarding Dylan's early life. This is why I do not believe in speaking against Jews. They are the original vine brought out of Egypt. And when a Jew finds the Word of God and it comes home with power, there is a level of energy released in that event that has to be respected on a level of its own. I understand there is a pact with Satan offered to many of us in return for worldly success, as Christ was tempted. Listening to songs like "Gotta Serve Somebody," I believe Dylan made the right choice of Whom to serve, just as so many of the Jews who became Jesus' disciples. Led and guided, of course, by the Lord. My apologies if this final paragraph belongs in several separate threads, but it's all generally regarding Dylan so hopefully, acceptable.
Last edited: May 20, 2022

The iron hand
is no match
for the iron rod

The strongest wall
will crumble and fall
to a mighty God

Like a thief in the night,
he'll replace wrong with right
When he returns

Can I cast it aside,
all this loyalty and this pride
Will I ever learn

that there'll be no peace,
that the war won't cease
Until he returns


Surrender your crown
on this blood stained ground,
take off your mask

He sees your deeds,
he knows your needs
even before you ask

How long can you falsify
and deny what is real

How long can you hate yourself
for the weakness you conceal

Of every earthly plan
that be known to man,
he is unconcerned

He's got plans of his own
to set up his throne

This wrinkled my brain. I'm surprised he delved as deep as he did, even if it was transitory. Seems like he's back to the syncretic style of the stereotypical artist. The wider the net, the larger the potential fanbase.
I had assumed he was hostile to the gospel. Good to know that's not the case.

That being said, I never much cared for his music.

When they came for Him in the garden, did they know?

Did they know He was the Son of God, did they know that He was Lord?
Did they hear when He told Peter, "Peter, put up your sword"?

When they came for Him in the garden, did they know?

When He spoke to them in the city, did they hear?

Nicodemus came at night so he wouldn't be seen by men
Saying, "Master, tell me why a man must be born again."

When He spoke to them in the city, did they hear?

When He healed the blind and crippled, did they see?

When He said, "Pick up your bed and walk, why must you criticize?
Same thing My Father do, I can do likewise."

When He healed the blind and crippled, did they see?

Did they speak out against Him, did they dare?

The multitude wanted to make Him king, put a crown upon His head
Why did He slip away to a quiet place instead?

Did they speak out against Him, did they dare?

When He rose from the dead, did they believe?

He said, "All power is given to Me in heaven and on earth."
Did they know right then and there what that power was worth?

Well, well, well
So I can die easy
Jesus gonna make up my dying bed

Well, meet me, Jesus, meet me
Meet me in the middle of the air
If these wings should fail me, Lord
Won't you meet me with another pair?

Lord, in my time of dying
Don't want nobody to cry
All I want you to do is
Take me when I die
Share:
Twitter Email Share Link
Top