Non-Christian
Has anyone read his books and have any conclusions? I've only watched his interviews with Adam Green of Know More News. He seems to know his stuff and exposes Talmudic Jewry quite well. Would love to hear him debate or discuss with EMJ, but I don't find it likely to happen. I know he doesn't agree with EMJ as he has said as much. 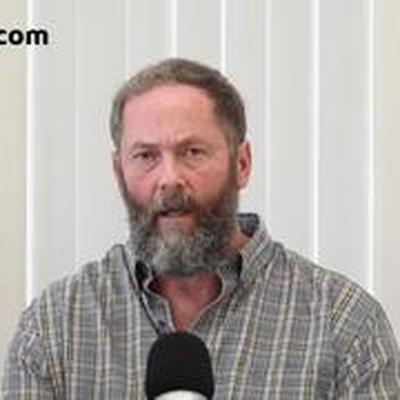 Gold Member
Most of his work is quite good and very informative. Some of it is debatable, but even then he offers some food for though; while some of his conclusions might not be on target, they are usually based on solid, interesting work.

Catholic
I got listening to the 2nd video today with Knowmorenews.

I turned it off.

Orthodox
I just clicked through it here and there and thought I had it, and yes, I did. I'll cut to the chase for you, 2nd video, 2:49. Just before and after, if you wish, he actually references the eastern orthodox church. He states that Christianity is false, jewish cult created in order to subvert all gentiles ultimately. While he has references to the nasty parts of rabbinical or talmudic judaism, he doesn't know much about the history of the church, the long periods of prosperity and civilization (only focuses on collapse) owing to christianity, and essentially becomes a european pagan with a dash of salt.

I wouldn't worry about these guys too much, he says outright that his plan is political and fighting is the necessary means. I've never heard that before, have you?

Other Christian
I listened to the “debate” on Know More News. I can’t believe EMJ held out for the whole hour. CJB is a ranting lunatic. He couldn’t even follow the simple instructions given for the opening statement. I had a good laugh though.
Here is a better picture I found of CJB

HeavyHanded said:
I listened to the “debate” on Know More News. I can’t believe EMJ held out for the whole hour. CJB is a ranting lunatic. He couldn’t even follow the simple instructions given for the opening statement. I had a good laugh though.
Here is a better picture I found of CJB

Man, CJB looks like such a beta with the glasses and no beard. 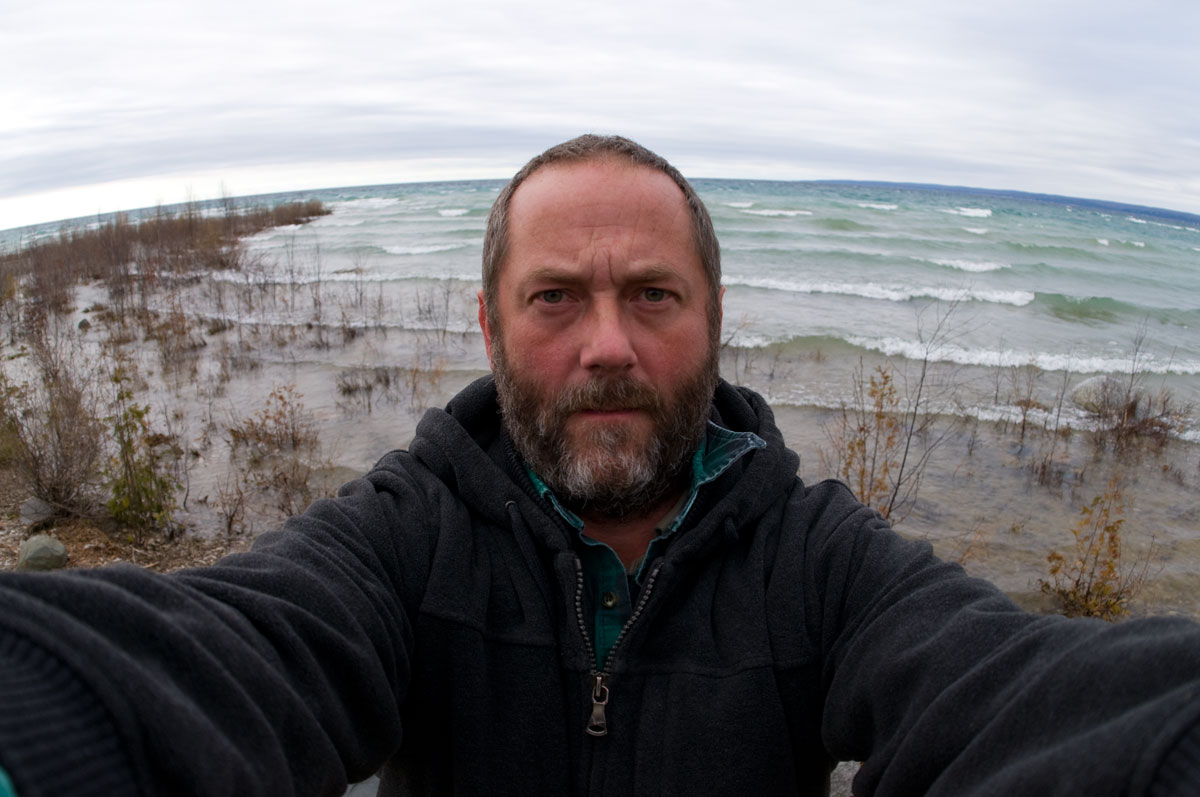 Protestant
Gold Member
Adam Green and Bjerkness are two very flawed men with a burning hatred for Christ. Adam Green's argument that Christianity is a jewish psyop and that Europeans need a religion by Whites for Whites is wrong. Rodney Stark does an excellent job of explaining why people left paganism for Christianity in the first place. Books like "The Triumph of Christianity", "Cities of God: The Real Story of How Christianity Became an Urban Movement and Conquered Rome", and "The Victory of Reason" are all good starting points.

Here's an article which outlines how the early church's efforts against first-cousin marriage improved the European genetic stock.
https://www.sciencemag.org/news/201...ian-church-gave-birth-today-s-weird-europeans

I'm hoping that Myles Poland (one of the two men behind The Godcast) can humble Adam Green in their upcoming debate. 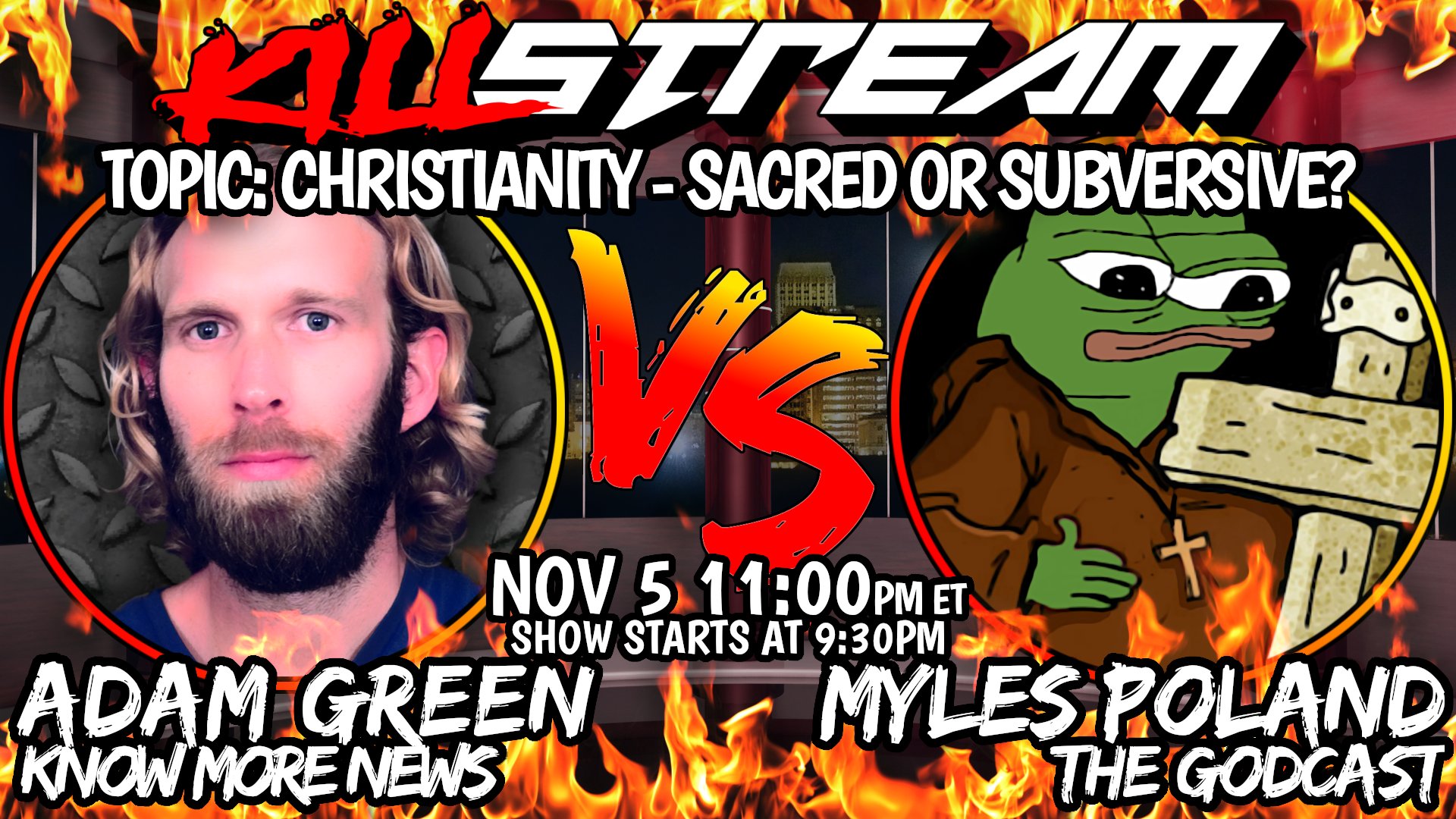 Protestant
Gold Member
For people who would like some additional reasons why Adam Green/Bjerknes are wrong, the Bitchute channel "I Miss Christendom" had two great videos on the matter.

Was Christianity a Jewish Invention to Weaken Whites?

Christianity, not Paganism, made Whites Great

Neither of these videos are racist, the content creator is Roman Catholic, just as an FYI. The comment sections on both videos are surprisingly informative and have very little 4chan-like trolling.

Protestant
Gold Member
The neo-pagan types always claim that the Jews invented Christianity as a psychological weapon against Whites. They say that Paul started out persecuting the Christians because he did not want the "mind virus" of Christianity to weaken his fellow Jews. According to the neo-pagans, Paul eventually realized that he could "convert" to Christianity and use it to weaken White people, so he began to preach exclusively to Whites. Problem? This narrative is false! After his conversion, Paul did preach to Whites, but he continued to preach Christianity to Jews. Why would he do this if he (supposedly) hated/killed Christians for "weakening Jews?" Why would he do what he hated? There is no evidence of any prominent Pharisees (the Jewish leaders of the time) funding efforts to spread Christianity among Whites or even writing about such efforts. Moreover, the Jews do not care for the Torah and focus only on the Talmud. They reject most of the books included in the Old Testament and even boast about sawing the Prophet Isaiah in half!

Orthodox Inquirer
It's a bummer that Bjerknes and Green have overreached on this topic - their general work on kaballah, zionism and the Noahide laws is outstanding.

Protestant
Gold Member
Many modern historians are too kind when describing Roman paganism. Norman Cantor praised Roman paganism because it "was very far from imposing sexual repression. Divorce was easy" and "prostitution flourished without controls. Homosexuality was commonplace. Even bestiality was practiced and received little censure [...]The Roman Empire was," he notes, "a sexual paradise."

The sexual licentiousness of pagan Rome was not something to be praised. The top 1% could rape their slaves whenever they wished and the slaves had not recourse. Moreover, pagan philosophy went so far as to command reproduction for the state's benefit! The state's needs took precedence over the individual or even the family. Socrates wrote the following: "I should make it a rule for a woman to bear children for the state from her twentieth to her fortieth year."

Pagan Rome also had callous attitudes towards female offspring. A letter written by a pagan businessman named Hilarion to his wife read: "if you are delivered of a child [before I come home], if it is a boy, keep it; if a girl, discard it." Lest pagan apologists claim that female infanticide was rare in pagan Rome, we should consider that this was an everyday letter from a businessman to his wife! We have census records from ancient Delphi (Greece) which shows that out of 600 pagan families, only 6 raised more than one daughter! As such, there were plenty of good reasons for people to leave paganism for Christianity and they had nothing to do with any "sinister Jewish plot."

Protestant
Gold Member
Christians rightfully rebuked classical pagans for their embrace of abortion and infanticide. In his "Octavius," Minucius Felix wrote: "And I see that you at one time expose your begotten children to wild beasts and to birds; at another, that you crush when strangled with a miserable kind of death. There are some women [among you] who, by drinking medical preparations, extinguish the source of the future man in their very bowels, and thus commit a parricide before they bring forth. And these things assuredly come down from your gods. For Saturn did not expose his children, but devoured them." Let's also note that Roman pagan women DID NOT have a say in whether she was going to get an abortion or not. Her husband or father would make this decision for her. In an age without modern medicine or antibiotics, abortions were extremely risky procedures that often killed the mother along with the child. No wonder pagan women left paganism for Christianity, which was pro-life and pro-natal.

Protestant
Gold Member
All of Bjerknes' emphasis on Paul's mission to the Gentiles completely ignores the fact that Paul also sought Jewish converts. Most of the people Paul travelled with were Jewish, and he evangelized the Diasporan Jewish communities. His efforts at converting Jews were not appreciated by the Jews, and he was beaten at least 8 times (and almost stoned) by Jews who resented his conversion efforts. Let's not forget that the New Testament mentions how Paul's followers had to hide Paul from Jewish leaders who had vowed to neither eat nor sleep until they had killed Paul. If Paul were a Jewish agent, why did he continue to convert Jews instead of exclusively focusing on Gentiles? Why did Jewish leaders try to kill him? That's not something that they would do to a secret agent carrying out their secret plan. We should remember that Paul concentrated his efforts in cities with large Diasporan Jewish communities.

Protestant
Gold Member
Oddly enough, there exists audio of Bjerknes admitting that he has a Jewish grandfather.

Orthodox
He is not truly into Kabbalah, it looks like someone who read some lore here and there and compile a mishmash that sounds convincing at first but really schizo when one tries to comprehend it logically.

Also it’s pretty interesting to note that Bjerknes is outspoken antisemite but oddly spoke against Christianity and Jesus all the time and all of his conclusions are not anti Jewish but anti Jesus instead.

I wonder who can profit from that.

Protestant
Gold Member
If anyone is interested, here's the link
https://archive.org/details/2019_-_...view+Of+The+Armenian+Genocide+[Broadcast].mp3
Bjerknes admits that his grandfather was Jewish (between the 1:30 minute to 2:00 minute mark). I think I saw a copy of it on Bitchute.

Protestant
Gold Member
Adam Green, and his mentor Bjerknes, don't have sound arguments. If you want to subject yourself to more of their nonsense, you can watch "Jews Explain How Christianity Conquered the Gentiles." Adam Green spends the first five minutes of the broadcast pausing a Jewish rabbi and putting words into the rabbi's mouth. For example, the rabbi never once said that they developed Christianity to dominate the Gentiles, but Adam Green kept pausing the rabbi's video and adding things that the rabbi never even said. The rabbi said that Judaism's vision to the whole world was exported to the Gentiles AFTER WW2!!!! But Adam Green kept interjecting and putting his words into the Rabbi's mouth. Talk about dishonest!

Adam Green then went on to read parts of Marcus Eli Ravage's work "A Real Case Against the Jews." Why Adam Green thinks that a work written by one Jewish man in 1928 and published in a mainstream publication is some sort of top-secret admission of the Jews defies understanding. Neither Adam Green nor Bjerknes have ever, to my knowledge, pointed out primary sources from Jesus' time which show any evidence of the Jews developing Christianity as an anti-Gentile plot.

When reading Mr. Ravage's "A Real Case Against the Jews," I noted that the author was determined to direct the reader's attention away from examples of poor Jewish behavior during the late 1800s and early 1900s (ex. the Jewish role in the spread of Communism and their efforts at corrupting Gentile morals through the entertainment industry) and only focused on the author's weird interpretation of the rise of Christianity. Ravage simply accepts that the Jews created/nourished early Christianity without addressing any of the problems with this view. For example, Jews living during the lifetimes of Jesus and Paul persecuted the early church. There also aren't any primary sources which give credence to the idea that Christianity was created by the Jews as a weapon against Europeans. That's a fatal flaw in Green's argument.

In another work, "Commissary to the Gentiles" written by Mr. Ravage, Ravage wrote: "In the year 326 the emperor Constantine, hoping to check the insidious malady, submitted to conversion and proclaimed Christianity the official religion [of the empire]." Constantine never proclaimed Christianity as Rome's religion. Ravage can't even get basic history right so why is treated as an authority on history?

I really hope that Myles Poland scores a decisive victory over Adam Green in their debate tomorrow. Too many impressionable teenagers are falling under the spell of Know More News' poorly-researched skinhead propaganda.

JoeChill said:
I really hope that Myles Poland scores a decisive victory over Adam Green in their debate tomorrow.
Click to expand...