Orthodox Inquirer
Gold Member
Around three people are being killed per day in Nigeria in protests against the police. That's about the same number of unarmed blacks killed by the police in The US in the last 3-4 years. And the same number killed as a result of false media narratives in The US since Floyd.

BLM are covering it, but much more interested in fat, black lesbians in The US.

BLM also only get about 300 retweets per tweet. Maybe Twitter are throttling them until they are required again. But if not that's about a 50th of Candace Owen's retweets.
Last edited: October 20, 2020

Orthodox
Very interesting point. Black lives matter... but only in the U.S.? What about in Nigeria? Somalia? The Congo? Do trans black lives matter more than hetero black lives? Are gang bangers treated differently than working folk?

Lot’s to be answered for... just crickets

Orthodox Inquirer
Gold Member
I brought up the topic of police brutality in Nigeria to a liberal who sent me the G.Floyd video hot off the press. He blew his top because police violence in Nigeria is not politically useful to the left. It's mildly politically threatening as they have no narrative as to why they never talk about it.

Blacks are useful to the left so long as bad things happen to them. In the case of George Floyd, they are pushing the narrative that blacks are being hunted down and killed and they can't go anywhere without the threat of attack. If they cared about blacks so much they would look at the statistics and realise, "Phew, actually none of this is true." But they don't as bad things happening to blacks in The US is one of their most powerful assets.

Police violence is so bad in Africa that people have body parts removed in the street by police.

JiggyLordJr said:
Very interesting point. Black lives matter... but only in the U.S.? What about in Nigeria? Somalia? The Congo? Do trans black lives matter more than hetero black lives? Are gang bangers treated differently than working folk?

Lot’s to be answered for... just crickets
Click to expand...

Not even necessarily in the US. It's only certain black lives.

Ask Chicago about the hundreds of blacks shot every month and they don't matter. It's been worse this year and the media won't touch it. Decades of the same Democrat policies and 100,000s dead. They Don't Matter.

Gold Member
BLM is a Marxist front to be an instigator in the USA. BLM is not applicable to the situation going on with SARS in Nigeria.

The SARS situation is a long-standing mutation from economic conditions in the country. For all the years now that oil has tanked, the Nigerian economy has been in the dumps as they are heavily dependent on those revenues. The surge in cops that were brought in the help quell gang violence as rouge gangs were taking people hostage and looting buses and transport as a result of the economic hardship. Now the tables have turned on the Cops as they received deep budget and pay cuts and now have turned into the same gangs they were originally supposed to protect against. The local people protesting as patience has run thin as the largely corrupt Government is completely out of touch with locals experience day today. The SARS group has always been corrupt but back, from my understanding it was your parcel extortion and brides but things become much intense as their compensation got cut.
J

homersheineken said:
Not even necessarily in the US. It's only certain black lives.

Ask Chicago about the hundreds of blacks shot every month and they don't matter. It's been worse this year and the media won't touch it. Decades of the same Democrat policies and 100,000s dead. They Don't Matter.
Click to expand...

Speaking of Chicago (and nearby Milwaukee) ... 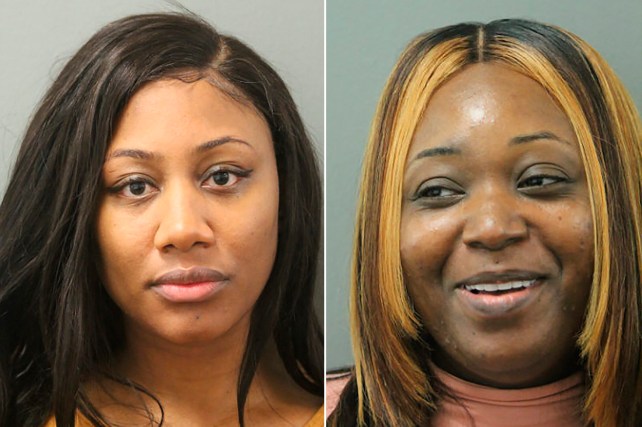 jordypip23 said:
Speaking of Chicago (and nearby Milwaukee) ...

Race isn't listed in the accused or the victims here.
J

homersheineken said:
Race isn't listed in the accused or the victims here.
Click to expand...

The River North area in Chicago just north of the downtown Loop is generally a mixed crowd, but it is generally one of the most affluent nightlife districts in the Midwest metropolis. It is the equivalent of going out clubbing in Manhattan (NYC), where you have wealthy locals (often primarily trust fund Whites with large chunks of Jewish, Asian & Indian mixed in) but there are a lot of Black, Hispanic & random guido clubgoers of various Euro, etc. races that venture in from all over the city & the suburbs as well. You get a lot of the similar "bridge & tunnel" effect that wealthy yuppies living in Manhattan would complain about. Often times when the visiting celebrities & ball players go out partying in Chicago, they end up in this area as well. You do bring up a good point though. Well the perpetrators in this case are obviously two African-American women from Milwaukee (Wisconsin). We don't know the race of the victims.

The other day I was reading up about Ibrahim Zakzaky, the Shia proselityzing and his Islamic Movement in the Sokoto/Kano area. Security forces have killed his 6 sons, killed 600+ of his followers in several incidents (they were protesting), and are currently holding him and his wife without trial

This is still going on today. Hardly a peep from anyone. HRW wrote a report saying that the Nigerian police dumped at least 347 (burned) bodies in a mass grave without notifying the families. To this day the authorities are still saying that only a few people have died

Would not recommend travelling to Nigeria for a waifu. 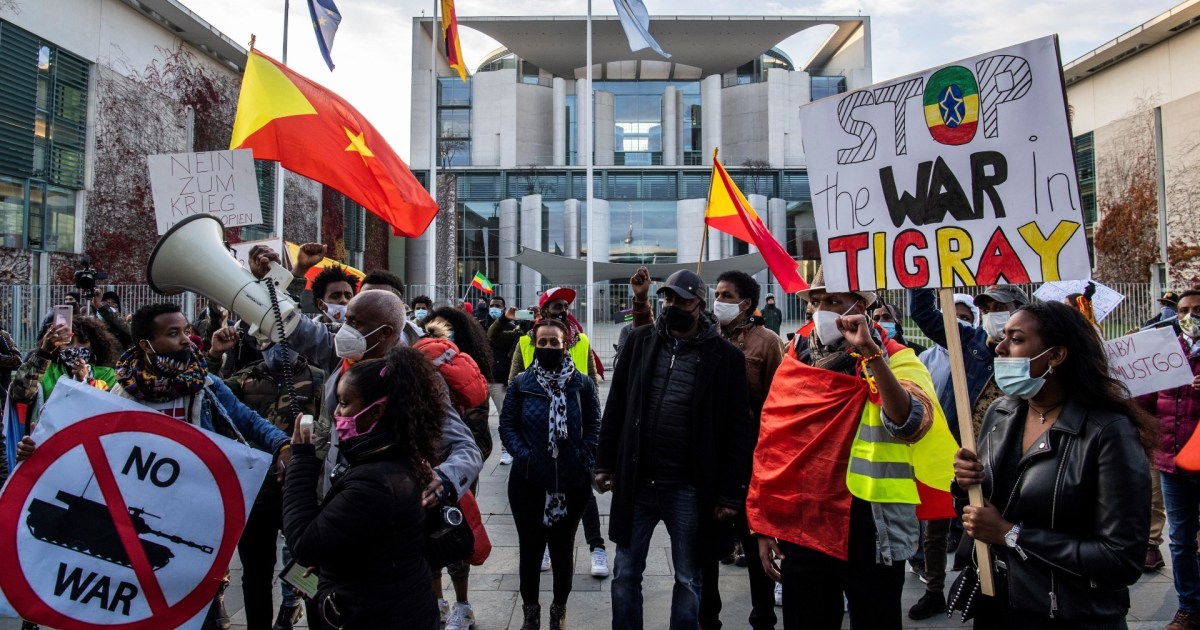 Diplomats say at least three rockets were fired at Asmara from Ethiopia with two hitting the city’s airport.

Sh*t has hit the fan in Etheopia. The historical center of power, Tigray, is being squeezed by the Eritreans+ Federal Ethiopian government. The new Prime Minister, Abiy Ahmed, (nobel peace price winner LOL) is becoming more like a dictator by the day.

The federal government wants to arrest the leaders of the Tigray regions, who are not very keen on that. The charges are BS of course, it's pure power struggle. The Tigrays used to be the ones in charge and now there is a new sheriff in town. Dog eat dog and all that. Tribal massacres are taking place. Tigray on Amhara and vice versa (both Orthodox Christian)

The Covid1984 BS isn't helping of course. Hopefully it gets contained, if not expect mass casualties + millions of refugees flooding other African nations and Europe.

Protestant
Ethiopia is sliding into a civil war. Or maybe they have already passed the sliding stage, and are now in a full scale civil war

From my limited understanding it's tribal warfare with a geopolitical aspect to it. Prime Minister Abiy Ahmed Ali has been centralising power since he took over ~3 years ago. His opponents accuse him of favouring the Amhara ethnic group and increasing oppression, authoritarianism and political violence

His main opponents right now are the TPLF, which ruled Ethiopia through Meles Zenawi for 27 years before Ahmed Ali took over (who is, despite his name, not a Muslim-nor is he Amharic). The Ethiopian military launched an operation in the Tigray in November. Amharic paramilitaries are involved as well. The Eritreans attacked from the other side of the border.

The operation initially went well. Ethiopia occupied the capital Mekelle, Eritrea occupied the cities near the border (like Axum). However since then the TPLF has switched to guerilla warfare. Reports of mass killings, massacres, ethnic cleansing are coming out on a daily basis now. Lots of videos of dozens of people lying in ditches et al.

At the same time the Oromia Liberation Army has become much more active as well. Oromiya is the biggest, most populated region. Here as well there are many killings, ambushes, massacres and army outposts that are overrun

The international element is Ahmed Ali's recent turn to China. Meles Zenawi used to be a mildly pro-US actor, Ali changed that. The US still seems to support the TPLF. Over the past weeks there have been many signs that the US wants to make this an international affair. China seems OK with what is happening.

Protestant
The situation in Ethiopia has all the elements of a large scale ethnic cleansing, revenge killings and even genocide in the making

It's all the major ethnic groups accusing each other of targeting civilians and ethnically cleansing towns and villages.

Protestant
Etheopia is officially swirling down the toilet bowl.

Couple of days ago the Ethiopian Army was expelled from the Tigrayan capital of Mekelle. 7000 soldiers were taken prisoner


The state of Tigrayan is now close to famine. The US state apparatus has thrown its lot behind the Tigrayan TPLF (former Marxist-Leninists) as Ahmed Abiy and Isaias Afewerki are pro-China

Anyone watching the South African loot, burn, murder going on? Indians and whites have formed militias to protect theirs whilst blacks are busy rampaging across urban areas.

Plenty of deaths already and the looted stores are worse off than what we saw from the US BLM riots. It seems they like to loot then set fires at a rate much higher in SA than the US.

MSM is currently ignoring how bad it is and the SA government doesnt want to do anything to stop it by the looks of things.

I would guess once videos of whites shooting a lot of blacks come out the MSM will start its narrative.
B

Other Christian
Discussed in this thread.

Is South Africa on the path to becoming the next Zimbabwe?

White Cross monument in South Africa - every cross is a one killed farmer, wife and daughter. I've met (and heard about) a lot White South Africans. They rage from the complete idiots ("How did this woman get a driver's license...?") To the hard-working average Joe, ("I can't pin your accent,"...

Protestant
Another coup in Africa, as always sponsored by the agents of chaos in DC, London and Paris.

There is also a video circulating on Telegram of a crowd cheering on two US Special Forces in the country. Couldn't find it on Twitter so can't link.

La Águila Negra said:
There is also a video circulating on Telegram of a crowd cheering on two US Special Forces in the country. Couldn't find it on Twitter so can't link.
Click to expand...

Protestant
It's coup season. All these African countries have been absolutely devestated by global lock downs, inflation and economic malaise

La Águila Negra said:
It's coup season. All these African countries have been absolutely devestated by global lock downs, inflation and economic malaise

Thirdworlder said:
Do you noticed that most of the coups are against African leaders who have been in power since their countries got independence
Click to expand...

I did not notice.