Banned
I gather that there's already an active Trump thread, but one that is largely completely and uncritically positive at the expense of all rational thought. I also appeal that the 50-post rule be suspended in this one instance due to extraordinarily significant, if unconfirmed rumors tonight (if not, I'll take one for the team).

With the tonight's rumors that Trump is "open to compromise" on amnesty for the millions of illegals in the U.S. it's finally time to start a separate anti-Trump thread (boy, that didn't last long) as we try to make sense of the biggest political fraud in the U.S history... and gather our wits as to how best to deal with such monumental betrayal (get elected by the nationalists, then pivot and dump them for the larger amount of centrists).

Even if the tonight's rumors prove to be false, the writing is still on the wall. It's only matter of time before Trump is revealed as a strategic False Prophet of the globoelites.

If you think that HIS personal cosiness with the Jewish interests; if you think that a lifetime of highest-level of business experience in the ruthless, cutthroat pressure cooker Jew York City does not mean a lifetime of co-dependence on (((banking))) relationships which definitely involve something called "selling your soul to the (((devil)))"; if you think that being a billionaire who is building some of the most expensive buildings around does not entail getting into and then climbing the Freemason ranks; if you think that the cabinet choke-full of neocohens and wall streeters means nothing; if you think that Breitbart News was founded in Israel for naught; if you think that Kushner owns the 666 Park Ave accidentally, just as Trump is also flashing 666 hand signs accidentally. every chance he gets.. well you better start thinking again, because your life is about to get much, much more progressively worse (though you may be a slow-boiled frog and won't feel a thing before it gets too late).

Trump is the' 7D-chess counterpunch by the globoelites, an agent of chaos brought on to speed up the destabilizion of America and the world so much that the uber-totalitarian rule of the Left will be seen as welcomed/rational choice after this. That is it. His role is to led astray. That is his only REAL role. All that feigned outrage in the public/MSM is a theater for the masses. And all that tough talk on the part of Trump is a theater too. You talk tough to appease the fans and butter 'em up so they don't even realize they need to squeal when slaughtered... then you turn around and "compromise" on globalist anti-American policies that are shrink-wrapped as basic/common decency/universal goods. And if the American civil war redux happens beacause of it - so much the better. Culling of the herd, American/Western prioritized, is the part of the elites' plan anyway.

In the meantime, watch this space for more shennanigans (in no particular order):

Hope you enjoy it.
S

You could have at least started the thread with actual facts instead a bunch of bullshittery.

OP's name is my reaction to this thread
P

For large number of American patriots the Obama years have brought in such extreme levels of emotional stress that an urge to believe in something (anything/anybody) who shares their view is so monumentally large that they can't even fathom that such state makes them exposed and vulnerable to superior machinations.

for decades (hundreds of years) now, the world has been run solely and exclusively by the globoelites.

And yet we are here one or two years into the Politics and War forum play-pretending we have the same insight/wits/smarts as them.

Let's clue this in too: Nobody who is anybody up on top is not there without being part of the same cabal. There are no mavericks or independents at this level of game. The system is so corrupted and rigged, than nothing short of the civilization-shuttering chain of events will be able to change it. This is the most soul-crushing fact ever.

In the meantime, the globoelites have gotten greedy and impatient. They don't want to play the same routine. Too pedestrian(slow) too boring. The upcoming exciting technological transhumanist revolutions only reaffirm their resolve to speed up their God game. Hence the need for dramatic Hegelian dialectic distractions, from which many nasty radical solutions will arise.

I thought I heard a little voice over there.
Get em out of here.
Confiscate his coat.
Throw him out into the cold

OP: at worst, Trump is that he represents a different and better part of the deep state. At best, he's their enemy. The truth is somewhere in between. But even as a Trump critic you can't deny that he's far better than the alternative, Hillary would have pushed through all the items you've listed.

On amnesty: Trump is moving to a merit-based immigration system, which means more people from Spain and middle class Colombians instead of millions of unwashed sureños. That is a huge, fundamental departure from the previous policy, which has been in place for the past half century.

I also think that Kushner is a bad influence overall, McMaster might be his rec (as were Bolton and Abrams), but he won't have the final word.


911 said:
On amnesty: Trump is moving to a merit-based immigration system, which means more people from Spain and middle class Colombians instead of millions of unwashed sureños. That is a huge, fundamental departure from the previous policy, which has been in place for the past half century.
Click to expand...

And yes, they'll still vote Democrat just like the Mexicans because they're smart enough to realize the Democrats are the vehicle to loot and seize control from the white population for their own ethnic blocs.

Other Christian
RE: Donald Trump is a FALSE PROPHET (FRAUD) 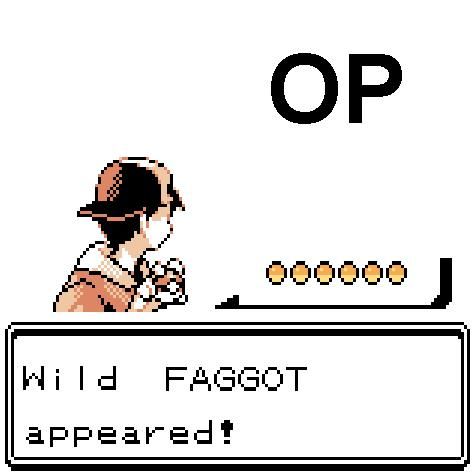 Sacrilege. Burn the OP at the [email protected]!!!!!

I gotta stick my neck out of the now banned guy.

It is not that I agree with thim and certainly would not word the thread that way - and neither the Anti-Trump thread.

It is not a foregone conclusion that this banned guy may turn out to be right in the end.

Seems like he was reading the same books as I, but his statements about flashing 666 signs is of course shaky and irrelevant.

We have to watch what President Trump does though, because he is right about the globalists and their deep-seated power structure. So far his actions are alright, but we haven't seen anything major yet.

I would have voted for Trump too, because there was no other choice, but still I remain doubtful whether anything positive and lasting can be achieved.

Also the OP has been watching Infowars too much, which is right on many things, but offers too much hyperbole on other matters.

Orthodox Inquirer
RE: Donald Trump is a FALSE PROPHET (FRAUD)

Has Trump done anything yet to really make the leftists cry?

Keep in mind that so far it has been the left just making things up. If Trump scratches his back, they scream racist and antisemitism, and thugs are rioting in the streets. Meanwhile, ordinary people say nothing and are afraid to speak. By use of pressure, they are moving him to the left. Trump is dealing with a tribe who knows how to make deals better than he does.

I believe the compromise Trump will reach on immigration will involve letting the peaceful illegals stay, but they will never get the right to vote. Trump will create a national voter registry to avoid fraud. Children of illegals will get to become citizens, but in exchange we will get a total overhaul on how many legal immigrants are allowed inside the USA (a significantly reduced amount until wages rise past historical norms).