Spain and Italy opening to foreign tourists. Italy in June and Spain in July.

Yes. Kind of they were like Leonard Says and most companies are. I can explain in better depth tomorrow.

kel said:
You can look through their inventory here:

Shop quality used cars at incredible prices. We offer a warranty, a buy back guarantee, home delivery and a big selection of popular models.

Can anyone who's more of a gearhead than I recommend if these are decent deals?
Click to expand...

Nope. Decent deals will not be made public. Friend of a friend with access usual type of shit.

kel said:
You can look through their inventory here:

Shop quality used cars at incredible prices. We offer a warranty, a buy back guarantee, home delivery and a big selection of popular models.

Can anyone who's more of a gearhead than I recommend if these are decent deals?
Click to expand...

American cars seem priced at a discount, but not the Toyotas.

Gold Member
No need to buy anything yet, prices will continue to fall. "Reopening" won't mean much, people don't have nearly as much discretionary income to spend right now. People are in a saving mindset. I expect prices to hit rock bottom sometime around July, with further downside potential if lockdowns persist.

Roosh said:
People were probably getting excited that they could remote work from a cheaper place. Their oligarch master just announced that it won't work like that. 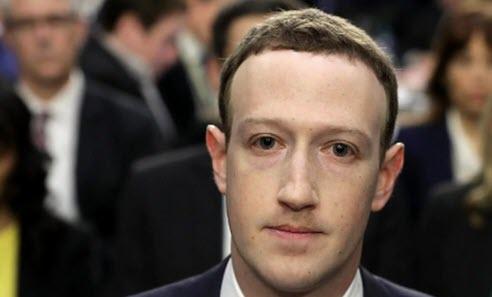 Want to work at home? It's going to cost you...

www.zerohedge.com
Once companies get the hang of remote work, they will then outsource those jobs to India, etc just like they did manufacturing jobs a couple decades ago. This is a big trap.
Click to expand...

I have now run a few companies. Over time, I have experienced a repeated epiphany; which is that you never realize which employees are useless until they go on a vacation and nothing bad happens. Now, this isn’t a dig at good employees; good ones find ways to delegate their responsibilities and still check their emails - great ones work harder while on vacation. However, the bad ones often vacation themselves out of a job - oddly, those are usually the ones who keep reminding me about how valuable they are. Ironic right?

I bring this up because most employees just went on a 3-month forced vacation. As I speak with my friends, they’re all saying the same things;

COVID-19 was a bad cold that global governments overreacted to. The ramifications of this error will be ricocheting around for long after we all take our masks off and go on with life...

https://twitter.com/i/web/status/1261084326478962688
AND Now: “An executive order issued on Tuesday in Maryland’s Howard County outlines public health rules under which churches may reopen. The order prohibits the distribution and consumption of any food or drink as part of any religious service, effectively outlawing the distribution of Communion and the celebration of the Mass.”

Ironic: The Holy Eucharist is “dangerous” but the Gates “vaccine” is safe and urgent?

In reality, the Holy Eucharist is empirically safer than all of the medicines in all of the world.
Last edited: May 27, 2020
A

Gold Member
I haven't seen much discussion of the fourth turning lately.

Howe described the current period, which had its first turning in the late 1940s and lasted until the 1960s. That was a time characterized by institutions that were strong, and society had a solid consensus of where it wanted to go. Using a seasonal analogy, Howe likened that time to the spring.

The second turning – the 1960s and 1970s – was the summer, when people wanted to shed that conformity. The Boomer generation came of age. We became a more individualized society, Howe said, and shed civic responsibilities.

The fall season was the late 1980s to early 2000s. It was an “unraveling,” he said, and the opposite of the first turning. Institutions were despised and untrusted, he said, and there was “no faith” in civic organizations.

The fourth turning – the winter season – is the crisis era. It started in 2008 with the global financial crisis and now we are “at it again,” Howe said. It will extend until 2030, but the 2020s will be the climactic decade.

The fourth turning will end when the Boomer generations retires from public life and leadership. Millennials will become the new leaders, according to Howe.

Fourth turnings tend to be driven by wars, but Howe said he did not know whether the current pandemic could substitute for a war. The last fourth turning was in the 1930s, when we were overwhelmed by the Depression and then World War II. It all came together as a single problem – winning the war – one that could be solved through national unification.
Click to expand...

Will this pandemic usher in a fourth turning?

we’ve known that the government tracks everything through your phone.

BUT your typical local law enforcement grunts do not comprehend that. Contact tracing not only makes them feel not-creepy about that but allows a pretense for all those local organizations to be given access to those same capabilities.

This is a necessary step for the elite to prepare for civil unrest. The federal agencies are both far too few in number and too bureaucratic to be an effect enforcement arm. They require local police to be able to proactively map social networks to identify pot stirrers and that requires them rolling advanced algorithmic tracking capabilities down to a much lower level.

Gold Member
I'd ask Bumbling Biden if he knew anything prior.
Yet he probably can't remember - all for November.

None of these 195 countries — the U.S. included — is fully prepared for a pandemic, report says https://wapo.st/361AXE3
Click to expand...

We are not prepared for a pandemic. Trump has rolled back progress President Obama and I made to strengthen global health security. We need leadership that builds public trust, focuses on real threats, and mobilizes the world to stop outbreaks before they reach our shores.
Click to expand...

infowarrior1 said:
There is biblical solution to "socialism for the rich" aside from taking power and preventing bailouts from reaching them. That is the generalized debt jubilee for private debts every 7 years. Money and Capital for the rest of us. And the lack of usury for the usurers.

That plus full-reserve banking and debt-free currency.

the high said:
^^^Was just going to bring that up. Here in the states I'm reading stories of some stores no longer accepting cash.

Can we fight this by using cash as much as possible?
J

Leonard D Neubache said:
^Works for a lot of stuff. Some time ago when people complained about the cops being able to come to their house and breath test them after they were suspected of having driven recently I asked honestly why people would even answer their door.

There is a huge gulf between the cops pounding loudly on your door and them actually making forced entry, and for all the trivial stuff they are generally extremely hesitant to cross that line.

Nothing says "sorry, I didn't hear you" like a decent set of over ear headphones but 99% of the time they're simply going to cut their losses and piss off.
Click to expand...

Just have a drink or two when you get home—preferably in front of witnesses. If you’re alone, call a friend and video cam or mention in passing that you’re drinking whatever. Then if the cops show up and test you, so what? It‘s legal to drink in your own home. (Right?)

Handsome Creepy Eel said:
I agree generally, but what do you mean with "School is usually the outlet for children to handle stress"? Unless you're lucky enough to have a great private school, school is usually a shitty, needlessly stressful environment for kids. There's a reason for all the homeschooling, and it's not just the quality of education.
Click to expand...

School—whether public or private—is usually a stressful environment for kids. Mostly because a large number of people are forced to spend most of the day together, whether they all get along or not. Kids can choose their friends, but not their classmates.
J

Magnus Stout said:
My May 14 prediction:

https://twitter.com/i/web/status/1261084326478962688
AND Now: “An executive order issued on Tuesday in Maryland’s Howard County outlines public health rules under which churches may reopen. The order prohibits the distribution and consumption of any food or drink as part of any religious service, effectively outlawing the distribution of Communion and the celebration of the Mass.”

Ironic: The Holy Eucharist is “dangerous” but the Gates “vaccine” is safe and urgent?

In reality, the Holy Eucharist is empirically safer than all of the medicines in all of the world.
Click to expand...

Any chance that home delivery or curbside pickup would be available? Historically, what has the Church done about communion for people who are too ill to travel and who have something contagious? A priest might be willing to risk his own health by visiting those with contagious diseases (and many have done so), but would he want to risk carrying the disease to others later?

Yes, the Church has systems in place to do that: https://catholicexchange.com/when-lay-ministers-take-holy-communion-to-the-sick

But, what I see is the diabolical singling out of Christian worship as dangerous: the Holy Eucharist, singing & congregating (all “vectors for this disease”). Isn’t that the sum and substance of Church?

There are Holy leaders in the Church working on this, but it has taken many by surprise. There has been wonderful pushback from bishops & other religious leaders: https://www.mprnews.org/story/2020/...-theyll-defy-walz-limits-on-church-attendance

This attack is perversely fascinating because State “health” departments are cloaked in fake “goodness and virtue.” Many of the most vicious are lead by Alphabet people: https://www.phillymag.com/news/2020/04/14/rachel-levine-pennsylvania-health-secretary-coronavirus/

This is also why so many people are confused when Evil calls itself “good.” This is exactly the kind of spirit that will lead people to call the Antichrist a “Christ.”
You must log in or register to reply here.
Share:
Twitter Email Link
Top