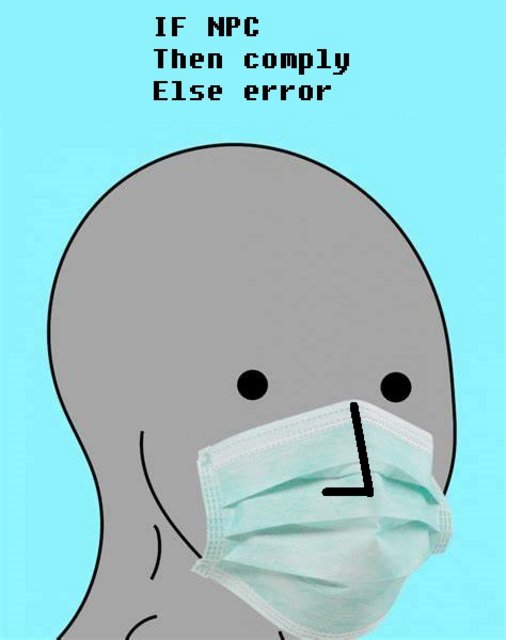 What do you think about sampling from throat? Is that also dangerous?

I have drawn my line at the nose swab: that is what I will never consent with.

Now I could travel with a throat sampled test (they say it is officially accepted for my destination of choice) and I am not sure whether that is dangerous or not? Do you have any information about it?
E

You can tell by his eyes on that picture that he is not ill - they are too clear.

I am a funeral director running his own funeral home - for the doubters this is me, I have been in the trade 15 years.


What I will say is last year the death rate was totally normal in fact many of my colleagues turned their fridges off before Christmas because there was no one to put in them.

We returned after Christmas and they began v… locally on January 6th and the death rate immediately went through the roof.


In fact in fifteen years I’ve never seen a death rate like it.


Then as suddenly as it began it ceased.


We haven’t seen a C… death for three months now.

I had a government sponsored pandemic guy who used to call me every Monday he would ask me two questions.


How many deceased have I collected that week where they come from and how many were C…. and this was in order to collect C..death numbers.

I explained I had collected people from care homes who were not C… but had simply passed to old age.


He then began steering me saying “but wasn’t there c.. in that care home or hospital”


Deliberate inflating C.. numbers despite me insisting they were not.


After some months he finally admitted to me he did not know why he was doing the job as everyone was saying the same thing – there were no C… deaths.

Some months ago I looked after a senior consultant who lost his wife.

When it first appeared like everyone else I was very concerned.


One of the first deceased I had in my care when the event started was a six-year-old girl who had passed due to cancer.


Naturally her family wanted to see her and this was at a time when funeral directors were taking Coffins straight to the hospital and sealing them.


No wishing no dressing and frankly because they could get away with it.

How could I tell this family they could not see their little girl ?

So that’s exactly what I’ve done through this whole C… episode I have washed and dressed every C.. labelled deceased personally this is dozens and dozens and dozens of people and I did so without a mask because I could not get any.

I’m 53 I have high blood pressure and I am an asthmatic.

Now I will tell you as a funeral director I have seen massive effort made to deliberately inflate C… death numbers.


Cancer patients and stroke victims and even one guy that was run over all ended up with C… on their death certificates - why ?

I’ve also spoken to numerous families who were extremely angry and upset that C… was on the d certificate - they know their love ones did not have.

I even heard whispers of local health authorities being paid a premium for every death certificate with C… on it - a clear incentive to do so - and there is no smoke without fire.

I predict that this winter the mortality rate will be primarily in recipients of this [email protected], it will be blamed on a newly named variant and those who refuse to have it.


Partly to apportion blame and partly to try and mop up any last people refusing - I’m telling you I feel it will happen and when the panic rises it’ll fly through emergency legislation I’d wager to facilitate it.

I’ve already seen local health authority tenders for a huge temporary massive mortuaries up and down the country and the contracts run from this winter till 2025.
Last edited: July 18, 2021

^Copy and pasted from a telegram message.

please remove this identifying info from your post, there are forum rules for our own safety against it

no one will doubt you if you speak with reason, you dont have to prove yourself

It’s not me. It was shared on telegram.

Orthodox Inquirer
Dyer today on AJ noted that the ones who see themselves as puppetmasters e.g. Gill Bates and Schwabbo are in fact the slaves themselves of a spiritual force - Satan - that they may or may not be aware off. I thought this was a brilliant way to actually look at the power structure and the patheticness and smallness of the people who seemingly are on top.

Orthodox Inquirer
Some good insights in the mass psychology behind caojona and the destructive effects of it on society and people themselves.

Orthodox Inquirer
These are crucial too. Highly recommend anyone pursuing the truth to explore this channel as long as Wojiczki alows it.

So-called Freedom Day today, so I'll be testing the water tonight after work, with a trip to the supermarket. I'm off tomorrow, so I'll be making a trip into town, and going into all my usual shops. Any that say that masks are mandatory will simply be boycotted.
K

This song of Muse seems to describe what is coming.

It become particularly eerie if what this man say is true.

Edin said:
They've popped out from nowhere since the beginning of the plandemic. I have always been slightly suspicious about names like David Icke, Judy Mikovits, Del Bigtree, Alec Zeck, Dr. Christiane Northrup, Dr. Carrie Madej, and RFK Jr.

Following from an article from Henry Makow and I found this video research which shed some light on these figures. They all seem to be member of The Academy of Divine Knowledge.
Click to expand...

I did a bit of digging and The Academy of Divine Knowledge is run by Jason Shurka, a rich Persian Jew living in Sands Point, NY. It also seems from this Jewish Star news article that he's a member of the Jewish Kabbalist cult, Chabad Lubivitch. No surprises there. 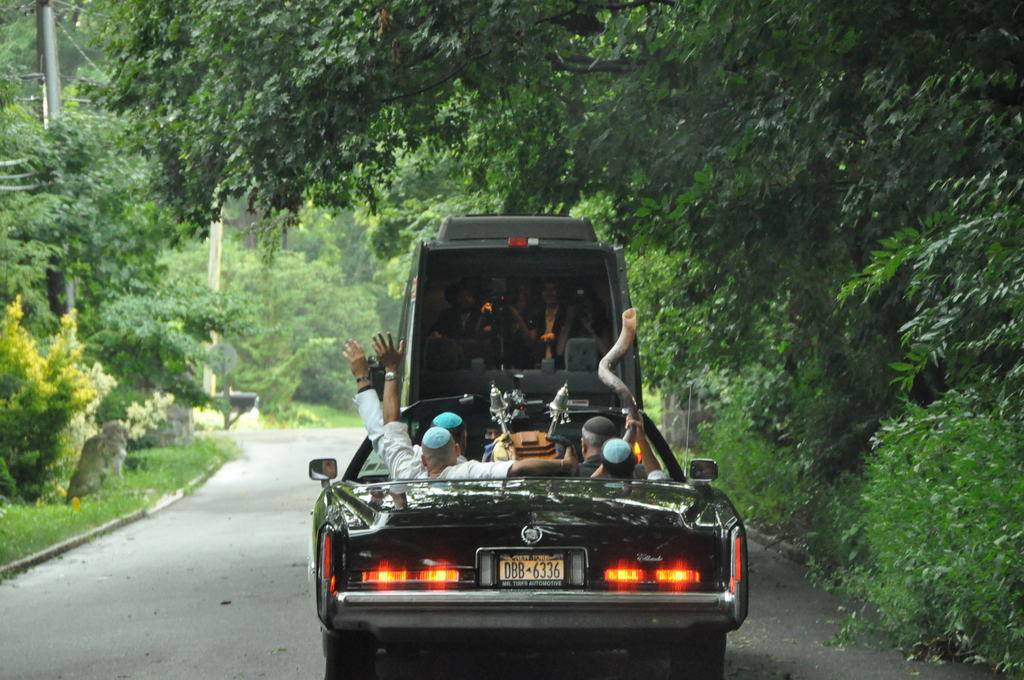 Orthodox Inquirer
So freedom day has arrived in the UK. Love the good cop/bad cop Johnson and the MSM are playing. Johnson good cop ''we are free again'', media bad bop ''Boris you're way too early man, look at how dangerous cojona still is man!!!!''. Obviously this is just to increase the approval rate for the policy again, so they can shut it down after but claim they did it for the people, the people are bad and they were ''too early''. They did exactly this in the NL 2 weeks ago. 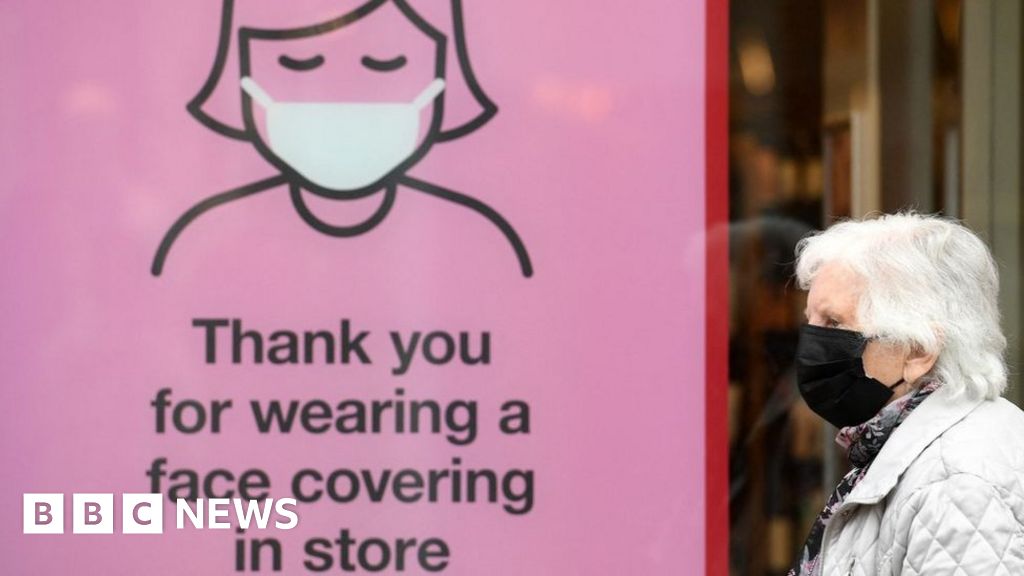 But Boris Johnson says it is vital to proceed with "caution" because "this pandemic is not over" .
www.bbc.com 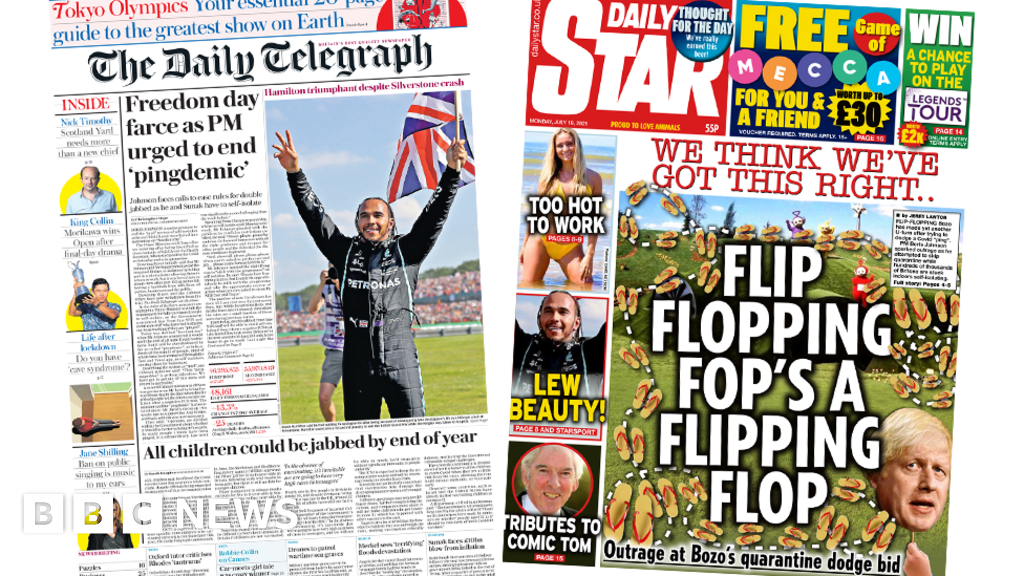 Monday's papers are dominated by the news the PM and chancellor are self-isolating ahead of the lifting of Covid rules in England.
www.bbc.com 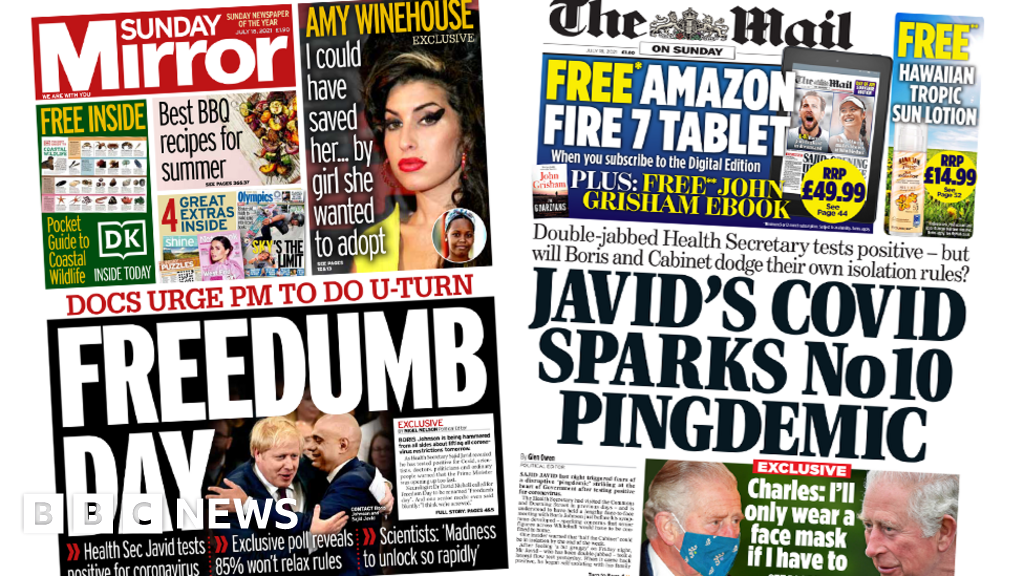 The front pages focus on the growing criticism facing the government over Monday's easing of Covid rules in England.
www.bbc.com

So we're in a situation now where the PM apologizes for finishing the restrictions TOO SOON instead of apologizing for keeping us hostage for 1.5 year and destroying our livelihood, mental state and economy. The bottom line is this: it is bad to end restrictions, it is good to continue restrictions. 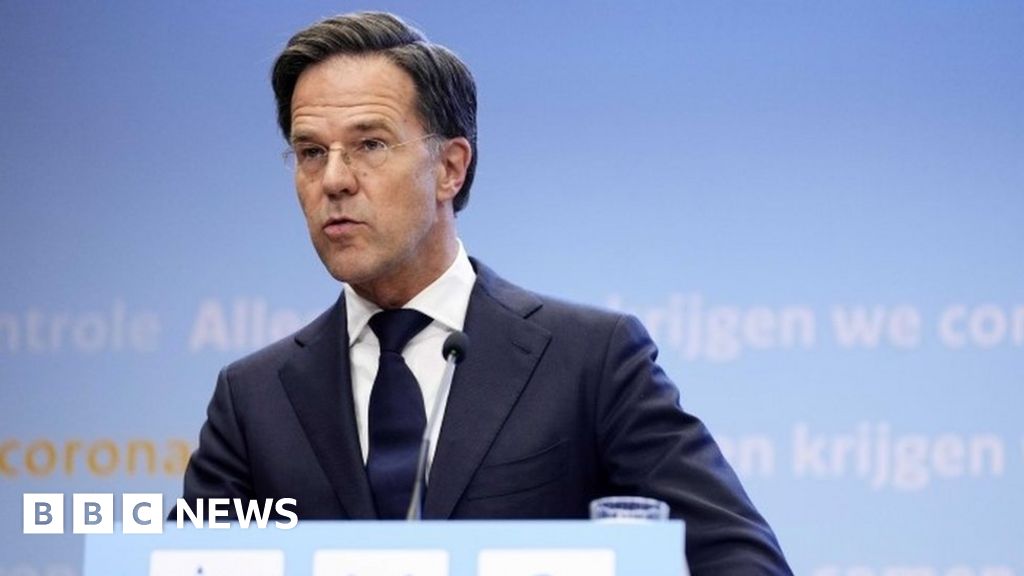 Infection levels surged to their highest this year after most curbs were lifted three weeks ago.
www.bbc.com
E

Grow Bag said:
I did a bit of digging and The Academy of Divine Knowledge is run by Jason Shurka, a rich Persian Jew living in Sands Point, NY. It also seems from this Jewish Star news article that he's a member of the Jewish Kabbalist cult, Chabad Lubivitch. No surprises there.

There you go! You can't trust anybody nowadays, the world is completely upside down.
N

Nordwand said:
So-called Freedom Day today, so I'll be testing the water tonight after work, with a trip to the supermarket. I'm off tomorrow, so I'll be making a trip into town, and going into all my usual shops. Any that say that masks are mandatory will simply be boycotted.
Click to expand...

A pleasant trip to the supermarket; the majority of the barriers have been removed, with only those directly in front of the cashiers remaining, and queues at the tills are now back to normal. The split on masks was 2 to 1 in favour of masks, with those abstaining being young and middle aged, although I did see one older woman without. So far, so good. The only downside was whining propaganda over the tannoy, which I quickly tuned out. 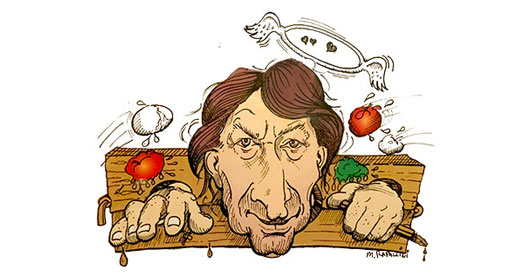 This is the Battle that could WIN us the War

I have, for almost 18 months now been asking Chris Whitty and Patrick Vallance to debate with me. Whitty is, of course, the UK’s chief medical advisor and Vallance is the UK’s chief scientific advisor. Since they and their chums have closed down the country and since their lockdowns will result...
vernoncoleman.org

Guidance and information about high consequence infectious diseases and their management in England.