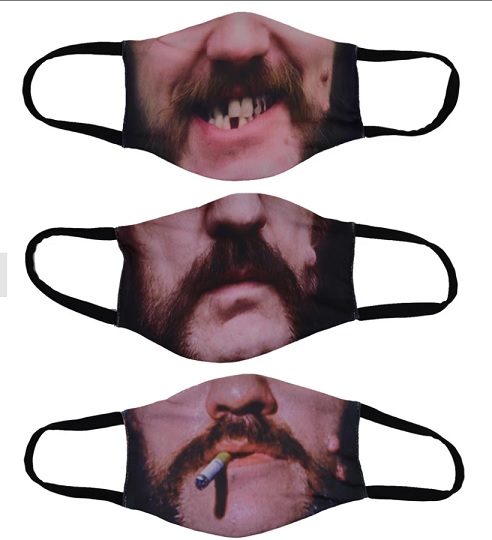 We are a mentally retarded species at this point. We need to go the way of the dinosaurs and try again.

Catholic
I'm really suprised to see a message like this in public space.
Any infos about the city the picture has been taken?

acco said:
I'm really suprised to see a message like this in public space.
Any infos about the city the picture has been taken?
Click to expand...

The original was saying basically the opposite (the massless one said something like “doesn'tcare about anyone else”), this one is edited. 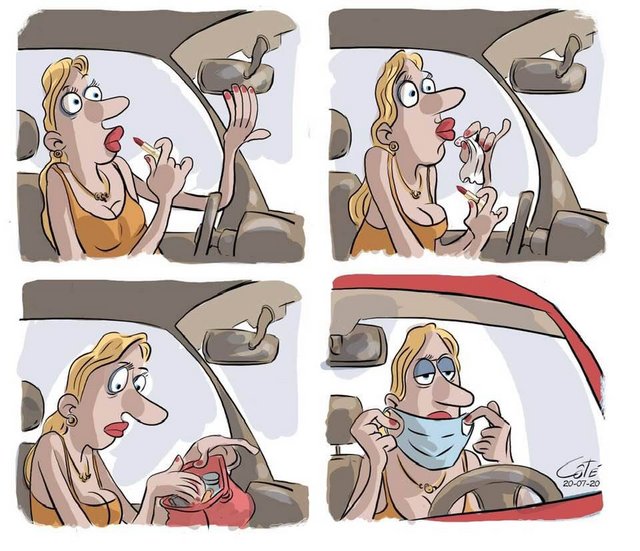 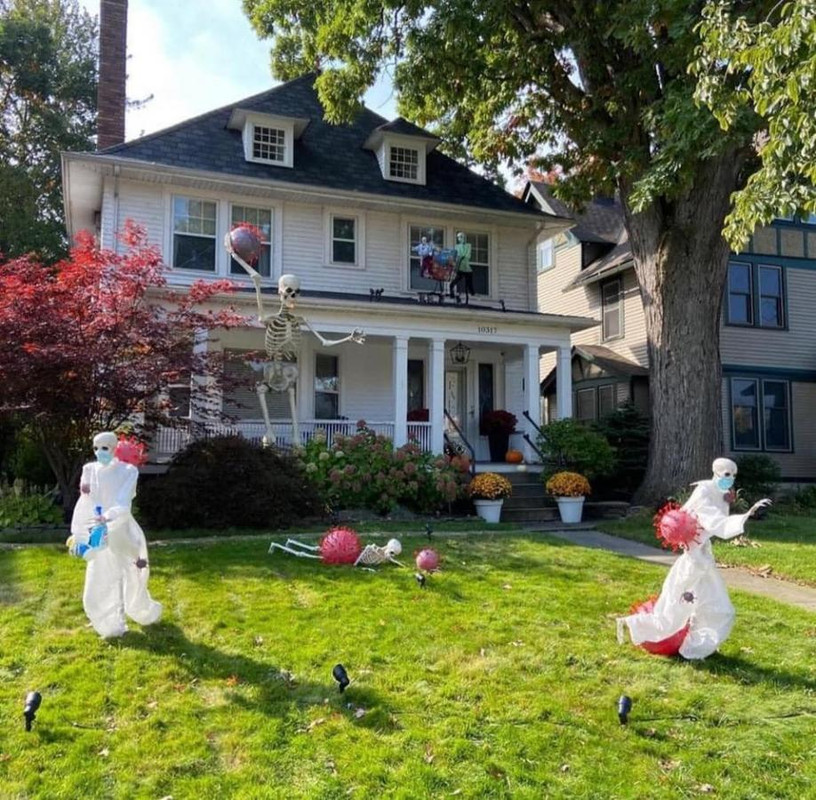 Other Christian
Gold Member
I don't catch public transport much in general & I haven't had much need during the Plandemic.
As such, to see the NPC behaviour today, was quite amusing.

When I boarded the bus, essentially every two seat bench had one passenger sitting on it already. Leaving an aisle seat vacant.
While I took the middle of the rear five seat bench in between two other guys.
Maybe a third of the passengers had masks.

It wasn't long before there were an additional ten or so passengers standing in the central aisle.
There were at least twenty vacant seats they could have sat down on without hassle.

Yet to sit right next to someone might mean death at the hands of the China's...! Such is the belief of the NPC!

On a bus with probably over thirty people already in relatively close confines...

Speaking of hands. Never mind that these folk standing & thus paranoid to sit right next to someone, were all holding onto hand rails.
Which would have a higher risk of infection anyway. 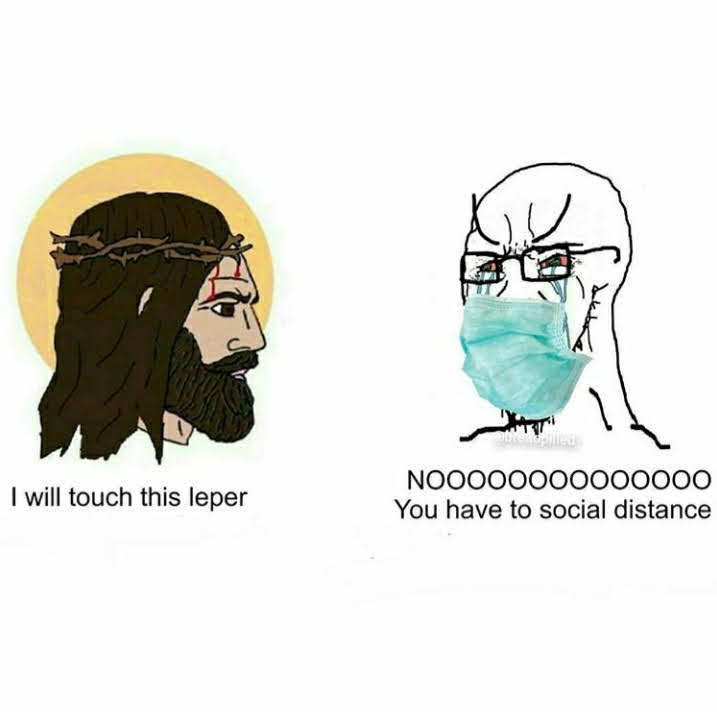 Gold Member
Is there any place on this forum where we discussed that Covid blew through the White House yet no one got sick? No one died either.

This is starting to seem like the Emperor's New Clothes. People get this virus and just go on with life, yet we're not supposed to see this. We're only supposed to "see" what the Emperor (i.e. the media) wants us to see.

Today the media is reporting "OMG! Pence's staff has Covid." Liberals are making snide comments on Twitter. Yet NO ONE is stating the obvious: This has been spreading for a month or so among the President's and Vice President's associates with no obvious real trouble.

Does no one see this but me? Or am I wrong on some respect about this?
B

This is starting to seem like the Emperor's New Clothes. People get this virus and just go on with life, yet we're not supposed to see this. We're only supposed to "see" what the Emperor (i.e. the media) wants us to see.
Click to expand...

I too have noticed this and been completely surprised by the fact that nobody seems to see the obvious. No one is dying in the streets and literally the only "proof" that anything is happening at all is only through the TV screen.

As long as the media keeps saying there is a horrible deadly virus destroying the world, repeating it over and over, it will be believed, despite all visual evidence to the contrary.

The only thing that I can think of as to why, relates to something I think Stefan Molyneux once did a whole piece about: When confronted with overwhelming evidence to the contrary, people will actually become more steadfast in their false beliefs.

Or, put a more catchy way: Feelings don't care about your facts. 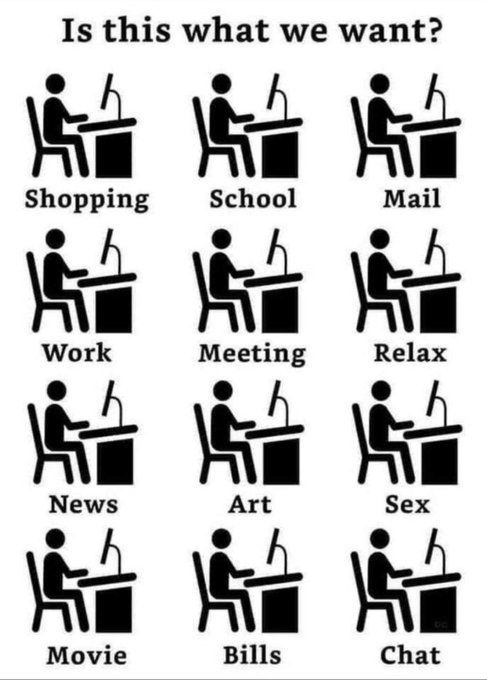 Does no one see this but me? Or am I wrong on some respect about this?
Click to expand...

Almost nothing the powers that be do is based on facts or reason.
The corollary I often use is air travel. The airplane was invented about 120 years ago. During the time of handguns and explosive weapons. It was not until the past few years when the US TSA submitted all passengers to naked body screening, pat downs, and banning water. Before that people were generally to travel carrying whatever souvenirs, perfumes, bottles of wine, etc. without stripping down like a prisoner (and still travel this way in almost every other country on the planet).

The lengthy and unpleasant TSA screenings are an incredibly bizarre way to handle transportation. But it doesn't matter if the technology works or not. It doesn't matter that airport screening lines would be far more effective targets for criminals than airplanes, if one is thinking of body count (someone in the middle of a screening line would be in the center of a giant radius of far more people than an airplane would hold, with nothing to block the force of impact). It doesn't matter if we make peace with the enemy that was supposedly going to use targeting of civilians as a long term weapon against our society (we have now made a treaty with the Taliban). It doesn't matter that there is no sort of danger that can be hidden in a shoe. It doesn't matter that the entire rest of the world except Canada, including places that are far closer to where Muslims live, have direct flights into the USA where they use a simple metal detector, and don't follow any of the absurd water or shoe bans. None of that matters.

We are not going to go back to a more sane type of air transportation. If anything, we will probably spread the TSA to other areas like roads, trains, etc. Because it has nothing to do with safety. Nothing. N-O-T-H-I-N-G. Therefore, if things become safe again, it will never result in the TSA loosening up or going away.

And it's not just a few things. It's this way with almost everything the elites or government do.

They passed a right wing Heritage foundation health care plan that is a massive bailout for insurance firms, and then act like it's a left wing idea and have huge charades about how the right is going to dismantle it.

They talk about a "wall" when in fact the largest group of immigrants now comes from Asia and the biggest area of illegal immigration activity is not crossing a river but flying in on a plane and then overstaying your visa. (Also, if you talk to anyone who lives near the border you will find out that any Mexican living along a border town generally has a pass that allows them unlimited entry to the US--if they want to live here they just cross and then illegally stay, and a wall will do almost nothing at all)

They talk about Russian meddling, when the Trump government has one of the most anti-Russian policies in recent history, and expect you to think that the Russians are happy with Trump as president.

They finally admit that President Assad of Syria never gassed anyone (while the insane jihad invading forces that were armed and instigated by the US in Iraq have been positively caught using gas *dozens* of times) but they never backtrack and admit America was wrong to oppose Assad, and the money and equipment flowing to "peaceful rebel groups" AKA ISIS, never stops.

And of course it's the same with coronavirus.
I'm almost to the point where if they tell me it's raining, I run to the window to check.

Facts and reason do not matter because they were never making these decisions off the premise you are working off of. They dont care if you discover something about Coronavirus because Coronavirus was never the reason for the lockdowns. So of course it has no impact. The only thing it can do is make people who were initially duped realize the truth, but really if people dont understand that from the start at this point I don't know what to say.

It's not that everything they say is a lie. It's that everything they say or do has a purpose, and it is not what they claim it is. Jeffrey Epstein was not arrested because someone thought he touched an underage girl's boob. Iraq was not invaded because anyone thought they had weapons of mass destruction. Amy Barrett is not being placed on the supreme court to restrict abortions. We are not wearing masks because they stop coronavirus. The TSA doesn't check your ID because they want to make sure it matches your ticket. "They" do not believe that black lives matter. Ed Snowden is not public enemy #1 because he took dangerous information to Russia. Israel is not our greatest ally. Are you getting it?

Max Roscoe said:
one of the most anti-Russian policies in recent history,
Click to expand...

Not to mention that they've also been giving money to Ukrainian whignat groups as well as ISIS, for the same reasons.
Share:
Twitter Email Share Link
Top