I did not see a thread about the impact that China virus has had on sports.
S

1. FANS, SOME OF THEM WEARING PROTECTIVE MASKS, STANDING TO CELEBRATE A GOAL BEING SCORED, TWO FANS WEARING MASK EMBRACE

2. VARIOUS OF FANS WATCHING THE MATCH

4. FAN WITH A DRUM IN FRONT OF EMPTY STAND

7. VARIOUS FANS ARRIVING FOR THE MATCH, CHECKS BEING CARRIED OUT

8. VARIOUS OF FANS ENTERING THE STADIUM

STORY: Over one thousand soccer fans attended a Belarusian league match on Sunday (April 12) despite calls from a number of fan groups to boycott matches because of the growing threat of the coronavirus.

The match between Brest and Isloch Minsk was one of three played in the top-flight Vysshaya Liga on Sunday, the only league in Europe not currently suspended because of the coronavirus.

Fans were seen embracing as they celebrated a goal being scored with only a number of the supporters wearing protective masks.

Belarus currently has 2,578 reported cases with 26 deaths from the coronavirus.

Cristiano Ronaldo has been told off after he was spotted doing a 'private' training session with others inside a football stadium near his home in Madeira.

The Juventus star returned home at the beginning of March to visit his mother who had been ill, he had yet to fly back to Turin when teammate Daniele Rugani tested positive for the virus and the forward decided to stay in the Portuguese island.

Earlier in the week he was photographed, along with several others, at CD Nacional's Madeira Stadium going through a private session, in which he can be seen taking shots at a keeper and standing around with others

I don't even know who they are, but the idea that the two people in that picture are responsible for spreading a deadly disease by standing in a field together is one of the dumbest things I've ever heard.
S

It has been 32 days since the NHL decided to hit the pause button on the 2019-20 season, joining a staggering list of cancellations and postponements related to COVID-19.

As players, execs and fans continue to adjust to the new normal, we will be providing updates every Monday, answering all the burning questions on the various angles of the NHL's relation to the pandemic; although on-ice action remains on the shelf, there have been substantial developments since last week's update.
Click to expand...

MMA (specifically UFC) is one of the only worthwhile sports to spectate, as it shows a man how to fight.

Everything else is somewhat masturbatory and serves as voyeurism to the modern day male.

If you like sports, go out and play them. Truly nothing beats throwing / kicking a ball around.

If you like to watch the best, tune in to the Olympics, held once every 4 (or 5) years.

Bottom line: The less time spent in front of the tube, the better.

↑ I enjoy watching sports. I think there is value in it.

It is entertainment, but it is not degenerate entertainment like modern music or movies. Also, watching sports can be inspirational to kids and teach them the value of hard work and sportsmanship.

That being said, modern sportsball is a degenerate waste of time. The way athletes are worshipped (even though most are degenerate whoremongers), the way grown men become fanboys of sportsball teams, and the way sportsball is used by the elites to push progressivism and modernism, all goes to show how degenerate the modern world is


JiggyLordJr said:
If you like sports, go out and play them. Truly nothing beats throwing / kicking a ball around.
Click to expand...

When I lived overseas in South America, there were sports clubs all over the place where adults could go and participate in organized sports. They use a system of promotion and relegation where (theoretically but not realistically) an amateur team consisting of regular guys could be promoted to the top professional division if they win consistently enough.

In the US, this is not true. These types of clubs aren't really a thing. Aside from playing pickup games with your friends, or playing in a police officers' league if you are a cop, playing sports is not considered an adult activity. Watching sports and being a fanboy, however, is considered a totally acceptable adult activity. It's so backwards it's ridiculous.

I recently tried to join the baseball team at the community college I attend. As a kid, I was quite good at baseball, and I've always wanted to play again.

I was given thousand of forms I needed filled out by a doctor. They needed to see my transcripts and academic history. There were a million hoops to jump through. Ultimately, I could not join because my GPA was not high enough (I had a troubled past which led me to drop out of school multiple times).

It's almost like they don't want you to join.

You would think sports are healthy, especially for someone trying to start a new life and live clean.
K

MMA (specifically UFC) is one of the only worthwhile sports to spectate, as it shows a man how to fight.

Everything else is somewhat masturbatory and serves as voyeurism to the modern day male.

If you like sports, go out and play them. Truly nothing beats throwing / kicking a ball around.

If you like to watch the best, tune in to the Olympics, held once every 4 (or 5) years.

Bottom line: The less time spent in front of the tube, the better.
Click to expand...

get off your masturbatory soapbox

Watching other people achieve excellence in athletics, art, speaking, acting, music, or any other field is a worthwhile human activity. There is the possibility of excess of course, but blanket statements saying it's a complete waste of time are wrong.

It's natural to watch sports. It's the way we're wired. Just don't turn your wife into a football widow or that sort of thing.

Regarding the original topic, I'm hoping for a half season of Major League Baseball, maybe starting after July 4th. By that time, I think all coronavirus restrictions should be removed. Any vulnerable persons who want to quarantine themselves are welcome to do so, if they are able. However, the rest of us should be fully free to come and go as we please, as we could before this all came up. I expect the number of new deaths will be so low by July that there will be no way for politicians to maintain the restrictions.

I think a half season is long enough to establish the team win loss records for choosing playoff berths. They will probably put an asterisk next to the Division, Conference, and World Series winners, but I think those post season wins would still be legit after a shortened season.
S

In Brazil, Rio de Janeiro’s famous beaches were recently closed to stem the spread of the coronavirus. But the move has sparked a debate on how far laws should go in limiting outdoor sports. Some surfers are finding it hard to resist the pull of the waves.
Click to expand...

In Brazil, Rio de Janeiro’s famous beaches were recently closed to stem the spread of the coronavirus. But the move has sparked a debate on how far laws should go in limiting outdoor sports. Some surfers are finding it hard to resist the pull of the waves.
Click to expand...

In Hawaii they can only enforce rules to the high-tide water line. If you walk across the beach to the waves they can't do nothing. 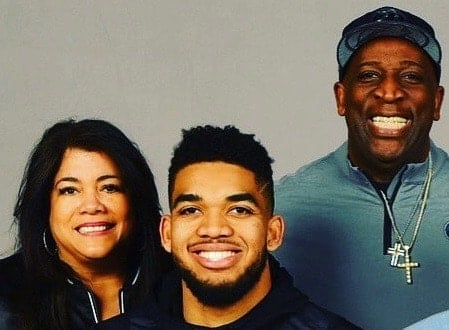 Moderator
One interest ripple effect is that colleges are set to lose a ton of revenue. College football is worth billions. This could be the pin that unravels the university bubble.

Many sports are more fun to play than watch. MMA, basketball, paintball and hunting I find enjoyable. Especially if I get to look through the scope as well.

But football, lacrosse, cricket and baseball is boring to watch.

Maybe I am simply spoiled but I really enjoy the special effects in video game tournaments.

And simulated environments are more able to be advanced than real life. Like rivers and forests with special properties.

Lot of potential strategies and potential for gameplay.

Gold Member
I'll be perfectly okay if this NFL season went on as normal except without fans in the stands. I get more enjoyment these days sitting at a dive bar with food and some beers discussing the game with my fellow patrons vs. paying upwards of $300 between parking, food, the ticket, drinks, etc. watching it live. However I do feel for the people that will lose jobs in concessions, security, ticket office, etc.
S

Who, at this point, cares what Fauci thinks? Especially about the return of businesses. It's not his decision.