El Draque said:
Seeing the levels of wailing & gnashing of teeth that a bunch of football teams breaking away & forming a new Super League has caused, in comparison to the compliance & acceptance of all the insanity & naked evil of the last 12 months, really is something to behold.

The wider population in Britain has been so engineered, so propagandised & so spoilt with comfort, that it just accepts anything. Beaten down by the velvet gloved BBC. Placated by drugs, football, booze, low moral standards & chicken tikka masalas.

I wake up to see my friend has left me angry voice-notes ranting about this new league, the very same friend that has openly mocked me to the point of open annoyance for calling out the Scam since day one.

At this point i see this issue as the ultimate barometer of a person's will, ability to reason and fundamentally whether they are going to make it or not.

I've not got time for people that after 12 months plus of it, still cant see the woods for the trees.

I gave up trying to influence my family months ago. They just can't handle staring into the flames & admiting it's all a scam, by those with utterly malign intentions.

It's too much cognitive disonance for someone who's trusted society, the BBC, the media, the healthcare etc their entire life, to wake up one morning, at 75, and realise it's all lies. Let alone the concept that they might actually be wilfully doing harm to the population on a mass scale.
It's easier to just go along with the tide, and continue feeling that 'everything is fine' & 'we'll muddle through'.

At this point i just write them off, or at very least downgrade them mentally. It's a tough time mentally for everyone out there, I try to cut people slack appropriately, & family is family, but i'm just not continuing to put any significant energy or thought on people like this anymore.

I can understand your frustration, and for the most part you might be right, but i bloody love a good chicken tikka'.

While the media have focused on blood clots, the UK has registered another phenomenon taking place after coronavirus vaccines.

In the U.K., the Yellow Card adverse event reporting system includes 2,233 reports of “reproductive and breast disorders” after reception of AstraZeneca and Pfizer vaccines.

Another 768 reports of “reproductive and breast disorders” have been reported for Pfizer’s coronavirus vaccine in the U.K., as well as 42 “spontaneous abortions,” five premature labor onsets, and two stillbirths. These include:

Male reproductive disorders are fewer, but 75 Yellow Card reports on AstraZeneca’s vaccine include 63 erectile dysfunction reactions, 50 cases of testicular pain, 11 cases of scrotal pain and swelling, and three reports of haematospermia, or blood in sperm.

Just sent that to my married bro. No doubt he will ignore it and his wife will take the shot anyway.

The whole story of getting vaccinated to go back to the pubs irks me especially.

peterlittlehorse said:
Nurse fakes giving Actor Anthony Hopkins his vax,and then shoots the vax out the window
Click to expand...

Good for him. I don't dislike him. Until now I haven't seen him pozzing like most celebs do. Change my mind!
E

How are people buying this scam?

It's wilful from those that do, at this point. 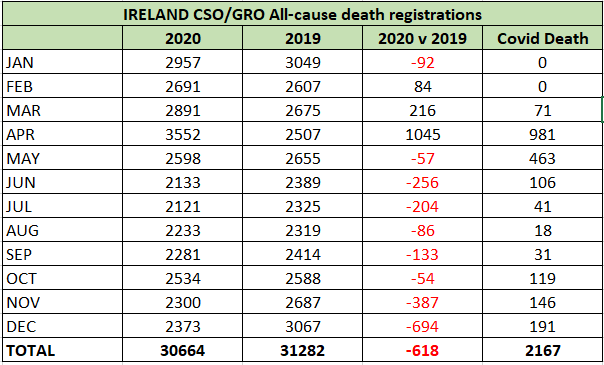 How are people buying this scam?

It's wilful from those that do, at this point.

Obviously proof that lockdowns work. Now is the time to enact new legislation to establish that lockdowns don't violate civil rights, so they can be more easily repeated in the future.
T

hkhathaj said:
Good for him. I don't dislike him. Until now I haven't seen him pozzing like most celebs do. Change my mind!
Click to expand...

Is that for real?
H

My mother is pretty clever. She told me almost from the beginning that this whole thing looks sinister for her and she feels bad for her grandchildren in what kind of world will they live in. (She was raised behind the iron curtain in the eastern block: thats the baseline she compares things to). She also does not want to take the vaccine.

Her friends, relatives and ex-co-workers all started to nag her to take it! All of them call her to nag her! (At least they don't visit in person because that would be tremendously dangerous ) I have told her that the only way out will be to lie them that she was vaxxed but she likes to be straight and not lie to anyone and especially not to her friends. Interesting times...
H

Tippy said:
Is that for real?
Click to expand...

Maybe I just don't follow celebs enough. Does he do the poz? I have no clue.
Z

Tippy said:
Is this a joke/meme or something? I don't lift either to be honest.

Is everyone on here hardcore into weightlifting as well as religion and predicting the imminent end of Western Civilization?
Click to expand...

jollycynic said:
Obviously proof that lockdowns work. Now is the time to enact new legislation to establish that lockdowns don't violate civil rights, so they can be more easily repeated in the future.
Click to expand...

Easy to defeat. Say if the 20 million in NY ignored the lock-downs, whatever that means, there wouldn't be any. Stop legitimizing what government places on the legal papers they themselves create. Eventually they will sign away all of your property and rights so are you just going to fall in line and complain?

No man should have dominion over another and definitely no woman should.

Lennysrabbit said:
Just sent that to my married bro. No doubt he will ignore it and his wife will take the shot anyway. 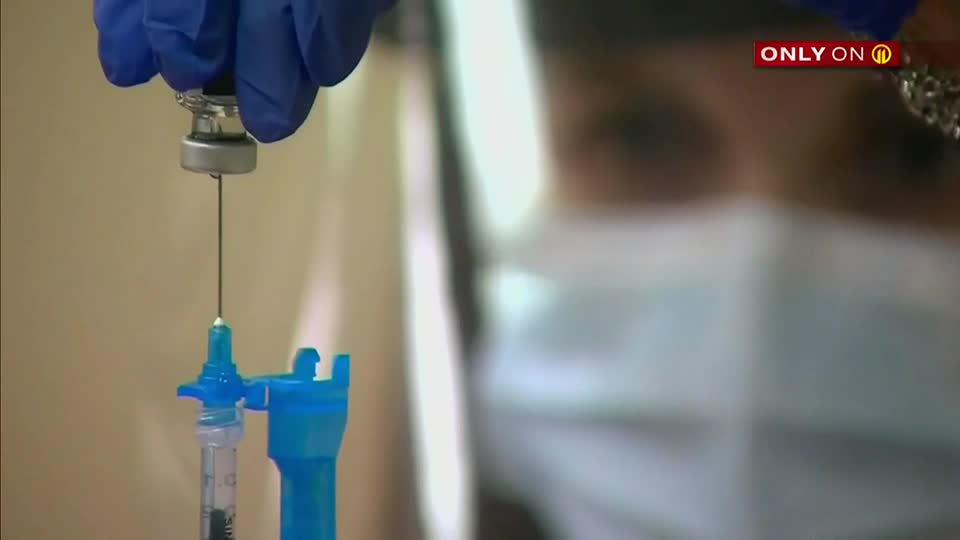 There have been many negative side effects reported worldwide from the Pfizer, Moderna and Johnson & Johnson COVID-19 vaccines, but a Bethel Park woman told Channel 11 she has been affected by something that hadn’t been seen at all yet: paralysis.

BillMcNeal said:
I wonder how effective it might be to label it "Trump's vaccine?" Use their hatred of Trump against them. After all, it was only Trump's "Operation Warp Speed" that led to the vaccines being approved (pardon me, emergency use authorized) in the first place. By this point they're likely so brainwashed they think Kamala and Joe created the vaccines with their own hands.
Click to expand...

I've tried it and it doesn't work. They just say something like, "It's the only thing he did right in spite of himself" or something along those lines. It annoys them, but doesn't work as persuasion to get them to decide not to get it.

By the way, as an experiment I searched for "18 reasons I won't get the vaccine" on search sites. Bing and DuckDuckGo brought up the blog post as the first entry. The commies at Google, however, have placed the Snopes rebuttal to it as the top item.
Last edited: April 20, 2021

We are devastated to report that a two year old girl has sadly lost her life after being given the Pfizer / BioNTech mRNA Covid vaccine. The death was rep

Can’t find anything else after basic search but it looks like there is a VAERS report.

Gold Member
Almost everyone I know and work with is running to get it (no questions asked). Bleak. 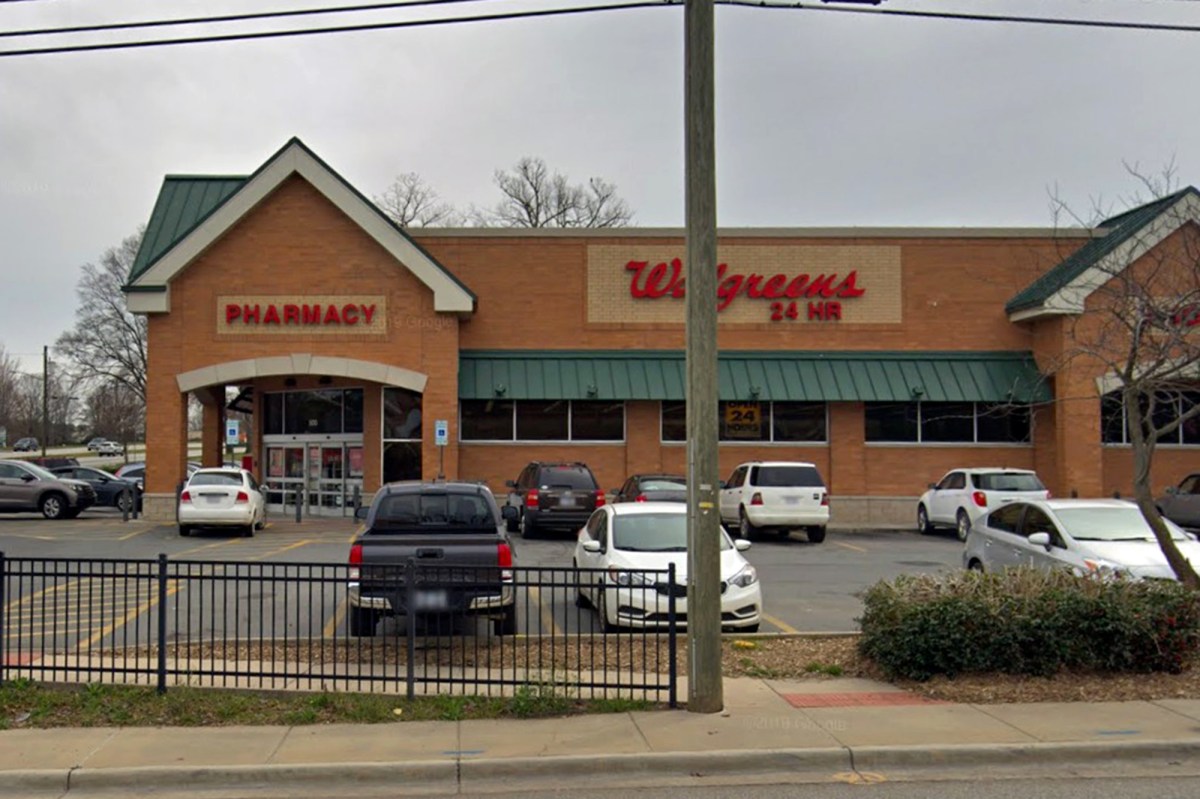 A Walgreens store in North Carolina mistakenly gave people shots of saline instead of a COVID-19 vaccine, the company said. The pharmacy chain insisted that a “limited number” of people were impact…

Apparently they tried this before.