fireshark said:
At least in the US (and maybe some parts of Europe) this would give all the excuse needed for patriot and survivalist groups to openly form into armed units and start taking action against various targets, or at the least, forming in to hardened separatist communities. Certainly there will be some delay and some areas of high-compliance, but I don't see this working that well in the long run.
Click to expand...

There have been excuses for decades.

CynicalContrarian said:
Heh.
Most amusing thing Noah has done in quite a while...

Trevor Noah Questions Impartiality Of Moderna CEO, Gets Called "Anti-Vaxxer" By His Own Fans​ 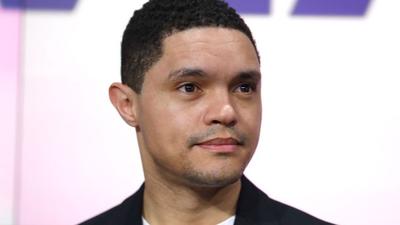 This didn’t go as planned...

He attacked on of their Saints. The revolution always eats itself .
F

You'd think at some point in the past 50-100 prior years there would be at least ONE example of such a news headline before this one, in the UK... nevermind, my bad, the researcher said they JUST found that out the same week of the VAERS data release! Amazing!
M

Hephaestus said:
As I mentioned a few months ago, I got both shots of the mRNA vax and collased after the second.

Yesterday I developed a sore throat and lethargy, and today I've got a fever. I haven't received my test results yet, but I was told I was a exposed a few days ago.

The vaccines offer at best a reduction in severity, but since I'm in a low risk demographic anyway, I doubt it did much good.
Click to expand...

You've been fooled and you're opening your eyes. No shame in it, we've all been blind or naive at some point.
Let your experience of the vaccine be a warning for others.
Tell people around you especially young ones to not take it.
God bless.

Ulysses K said:
I thought of this too.

A WW3 would really be a great diversion, as they have declared war on humanity and people wake up to their rulers evil doings, before things get too hot for them, including the army rebelling against them (in France the Army is boiling because of the vax mandates).

As soon as people start regrouping against the "elites", we hear of an enemy invasion. This war would be of course orchestrated by the ruling classes of each country, in order to protect themselves. Instead of having people against us, let us make people kill each other.

Martial law is declared, and people now have to focus on the new threat, forgetting about us and our crimes, including vaccinating/killing them. There is an increase in fear and control, under the guise of an exterior threat and the extreme need for ''safety'' aka slavety.

Of course, the war will not harm the men at the top. It will only harm the general population, which is exactly what they are doing right now.

That way we can keep our power or silently escape unharmed. And have more people kill each other. Divide and conquer, or rather :
Divide and stay in power.

I hope that never happens, but we should be aware of the possibility.
If they are pushed far enough, only God can stop them from doing this. They are completely irresponsible and afraid. They have everything to lose. Doubling down on the fear in a self destructive spiral seems to be a possible outcome. Please dear Lord, save us from this madness.

I don't believe it will take 30 years for the vaccine to give its sad, evil fruit.
Far from it.
Three years from now we may see tragic things happening to many people around us.
It has already begun.
Click to expand...

There are prophecies of a catholic French mystic named Marie Julie Jahenny (1850-1941) that talks about times of great suffering coming soon with civil wars, world war, apostasy, pandemics, earthquakes, flood etc...
Those trying times according to her will be like none others in history of mankind. It will start in France with a civil war and will spread around the world.
Soon after there will be a world war. France will be "Muhammedan" (most likely civil war with Muslim immigrants) and Europe will be at war and invaded from the east (Russia?) and south (Islamic army?).
A new french king will emerge, gather an army and restore peace after several years of war.
Decades will pass in peace with this king and only then the times of the antichrist and the return of Christ will come according to her.
Those prophecies haven't been recognized by Rome but reading them there are a lot of things that make sense and I feel like we are really close.
France will elect a new president in May of 2022. We will see how it turns out, but if civil unrest breaks out, it will most likely be the result of the election.
Then if the prophecy is true it will spread throughout the world and all hell can break loose.
OH and the prophecy says that it will start in spring and next winter will be really harsh. So maybe the dark winter they talk about is not this year but next year.
Anyway one thing is for sure let's intensify our prayers for the world.
God bless you all.
O

Spro23 said:
I have a theory of how they'll deal with the many vax resistors and handle a mass die-off without losing the narrative and control of the public.


Basically a staged WW3 scenario, globo-homo has some sort of deal and understanding with Russia and China where next year they go for Ukraine/taiwan.

The west will play it up like we are in WW3 and institute martial law and crack down brutally like they want. Media will be nonstop "war" coverage to justify this.

Both china and Russia will have limited engagements with western forces like shooting down an air force jet or whatever but there will be an understanding to not escalate too much. Outside of Ukraine and Taiwan there won't be any real battles.

The increased vax deaths/health problems will be covered up with this "war" coverage and martial law. Anyone not going along with new "war time" mandates and lockdowns will be labelled an unpatriotic terrorist hurting the country.

This allows the vax to be a killer without them losing control. Even normies are becoming skeptical of endless boosters, they need further trauma to justify their ends. Surely they planned for this.

I don't see these elites waiting 30 years for sterilization to gradually ruin everything. They need a traumatic event so people are begging for their solution. I thought smallpox but this actually makes more sense to me.

Anyone see a flaw with this plan if you were in their shoes? I don't see them achieving one global government if Russia and China aren't on board with this. If they didn't plan for this much vax resistance then the west will collapse too soon and they won't get their 1 global system.
Click to expand...

Alex Jones and his frequent guest Joel Skousen have been talking about this for years. They insist, not only from their research but also from high-level inside sources, that a war to completely demolish America has always been part of the Elite playbook to usher in the New World Order (now called The Great Reset).

The order was said to be:


Skousen even wrote a book, Strategic Relocation, all about surviving this final act (where to move, how to prep, etc.).

A few weeks ago, Alex Jones said one of his military sources confirmed that the Brandon admin would "schedule" a war with China for around Feb 2022.

Unfortunately, AJ has been proven right in all of his major crazy predictions of the past 20 years. I used to think he was fear-mongering and exaggerating but 2020-2021 proved he was simply telling it like it is.

Even the psyop Q movement, which had a core of truth in it to suck in conspiracy researchers, talked about the 16-year plan to destroy America, which ended in a limited nuclear exchange with Russia.

And of course any war scenario would contain a bio-terror attack component to absolutely force the vaccines under a martial law scenario. The perfect excuse.

We can only hope that this scenario does not take place.

But sadly, hope is not a strategy and all the evidence points to us being in the Elite's endgame.

I guess the OR NOT is up to us. 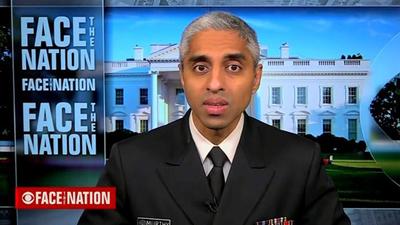 Murthy continued, “But if you do as many families, you get vaccinated and boosted. You use testing judiciously before you gather, you gather in well-ventilated spaces and use masks whenever you can in public indoor spaces, your risk can be quite low and your holidays can be quite fulfilling.”

At least one of the script writers is having a hearty laugh...

Get em (resistance) out in the open

"We just got made" 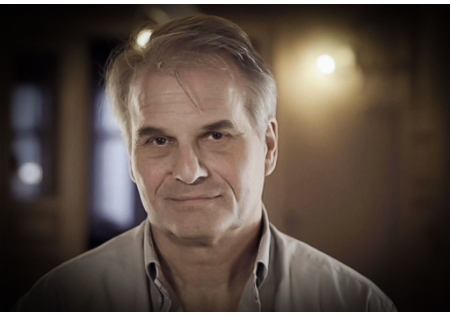 Original Link Here A team of over 1,000 lawyers and over 10,000 medical experts led by Dr. Reiner Fuellmich have begun legal proceedings against the CDC, WHO & the Davos Group for crimes against humanity. Fuellmich and his team present the faulty PCR test and the order for doctors to label any...

Oh man. I can’t even anymore. The goalposts are once again moving - embracing myocarditis now. All in an attempt to convince parents to vaccinate their kids.

Banned
Protestant
Any reasoning behind the thumbs down on the article I posted? Is the source not reliable?

Alexander_English said:
Any reasoning behind the thumbs down on the article I posted? Is the source not reliable?
Click to expand...

No, the "source" is some website any one of us could have whipped together. One of the first comments sums it up: "What Forum, Court, and Official Location will this all take place should it come to an actual trial. Who will hear it, how will it be judged, will there be a jury or Judge Panel, is the civilian or Military Tribunal? Will this be Heard at the Hague? Or some other World Court?"

Stories like these are tailor-made Q fantasies (to which I wasn't even totally immune). Any basic bit of journalism and logic would tell you there is nothing solid here however appealing and "sexy" it might sound to our beliefs and inclinations. The volume of this disinfo garbage is only increasing.
M

Alexander_English said:
Any reasoning behind the thumbs down on the article I posted? Is the source not reliable?
Click to expand...

It's only my personal opinion that DR. Reiner fuellmich is not legitimate and is are controlled opposition. Not all of the Doctors and Scientists on his so called team are shills and mason's, but a lot of them are.

And besides as the above poster stated - There is no judicial system that is going to go through with the trial when every institution is corrupt at the top, either masonic or paid for.

It is better to put trust in the Lord than put confidence in man. Psalm 118:8.
B

Banned
Catholic
Some health authorities (Canada, France, Japan, etc) are notifying WHO they are against vaccination of people bellow 30years old with Moderna and potentially Pfizer.

Bannic said:
Some health authorities (Canada, France, Japan, etc) are notifying WHO they are against vaccination of people bellow 30years old with Moderna and potentially Pfizer.
Click to expand...

Can you link a source for this please

StSeb said:
Can you link a source for this please
Click to expand...

Surprised this is emanating from Canada...