Kona said:
It's coming. This link is from Fox News so the orange pill guys know it is true.

Ah - the way politicians get their vaccines?

The all-favorite caps-on vaccine is 100% safe and 100% effective. Though I think that the Ontario minister may have opted for the needleless syringe model which is also very popular to get your vaccine.

Kona said:
It's coming. This link is from Fox News so the orange pill guys know it is true.

Who the fuck buys this shit??

(Oh wait, most everyone).

ItalianStallion9 said:
All this over a virus with a 99.98% survival rate (even better odds of your're healthy or younger). (((They))) should have at least made a semi-deadly virus to convince the masses to get injected with Bill Gates mystery fluid.
Click to expand...

Careful what you wish for...

barrythecyborg said:
Careful what you wish for...

(But at least semi-deadly gives you a hope of survival))
Click to expand...

That's alway been the whole goal of this exercise. Repurpose regular flu as Pandemic so they can selectively shoot up individuals with herd culler.

It's actually a parody at this point))

(Once you accept the fact that you'll never travel again and will have to live entirely off-grid, it's actually comical to watch the bullshit)
W

I'm not sure if this is posted yet, but this debate is a modicum of light in these dark ages.

It is also hopeful to look at the comments. 99 % of the commenters are declaring support for Kennedy Jr. whilst explicitily condemning the tyrannical usurpations of Dershowitz

Those are pretty big names, too, to be even having this discussion. I guess that offers a little bit of hope.

The vaccines they are about to debut to combat the Germ are the mRNA type. I don't know exactly if they expect that whatever is in the injection to splice into what's already there, or if it just finds any ribosome lying around. The problem with this is that messing with coding sequences is how you get unintentional "errors" in your genome. If it somehow gets into the replication stage it becomes malignant. You know... cancer.

So they're banging this thing out as quick as possible, and can only be bothered by the short term lab results. And we really don't know how those trials are even going, just that they're in progress. Nightmare scenarios like malignant growths can take years to be detected.

I want you all to realize that the elite seemed panicked over the thought of a virus putting 5% of the population on some sort of ventilator treatment. But they apparently aren't considering that a mass experimental vaccination could cause, say, 20% of the population to end up needing chemotherapy. You know what would really overwhelm a health care system? Having 1/5 of your countrymen getting leukemia at around the same time.

Maybe I'm an illiterate and don't know what I'm talking about. But it needs to be put out there. 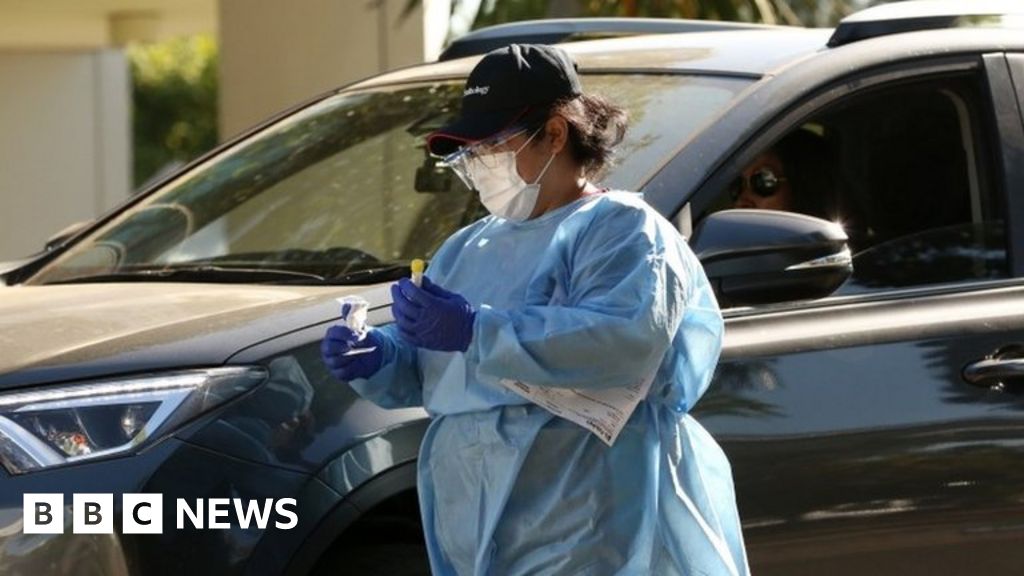 The government says it has made a deal to produce two Covid-19 vaccines, provided trials are successful.
www.bbc.com

The extremely popular Coast to Coast AM radio show had Del Bigtree as a guest...

"Former producer on the daytime talk show The Doctors, Del Bigtree, is the founder of the Informed Consent Action Network (ICAN), and his investigations into drug and vaccine fraud resulted in winning lawsuits against US government agencies. In the first half, he talked about how over the last four years, he has focused on vaccines' safety and found that there is much to be concerned about. Regarding vaccines, the CDC "has covered up damage and injury to innocent American children," he contended. This is complicated by the government taking away all liability from the vaccine manufacturers. Further, the government can't conduct the proper safety studies because they don't want to be sued, he noted.

Through ICAN, Bigtree pushed for a saline placebo to be added to the Phase III trials for the COVID vaccine. Shortly after, companies such as Moderna announced they would be adding such a placebo to their trials. "People call me anti-vaccine," he said, "but the truth is millions of people are using these products. At the very least, I want the safest product for those that want to use them." He added that he is staunchly against mandatory vaccinations and that we should always have a choice. Bigtree warned about the yearly flu shots, claiming that a military study showed that those who received the injection had a much higher chance of contracting coronavirus. He is an advocate for the concept of herd immunity, and believes that aside from protecting the elderly and vulnerable, society is just delaying the inevitable with the lockdowns and closures." 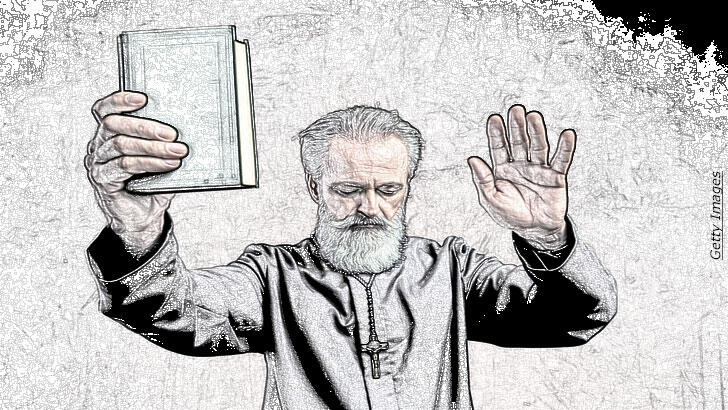 Vaccine Risks & COVID-19 / Exorcisms Across Cultures | Coast to Coast AM

The government says it has made a deal to produce two Covid-19 vaccines, provided trials are successful.
www.bbc.com
Click to expand...

85 mio. doses - nice to hear that they have almost 3 doses for every man, woman and child. Why skip on safety, when you can shoot them up at triple doses. 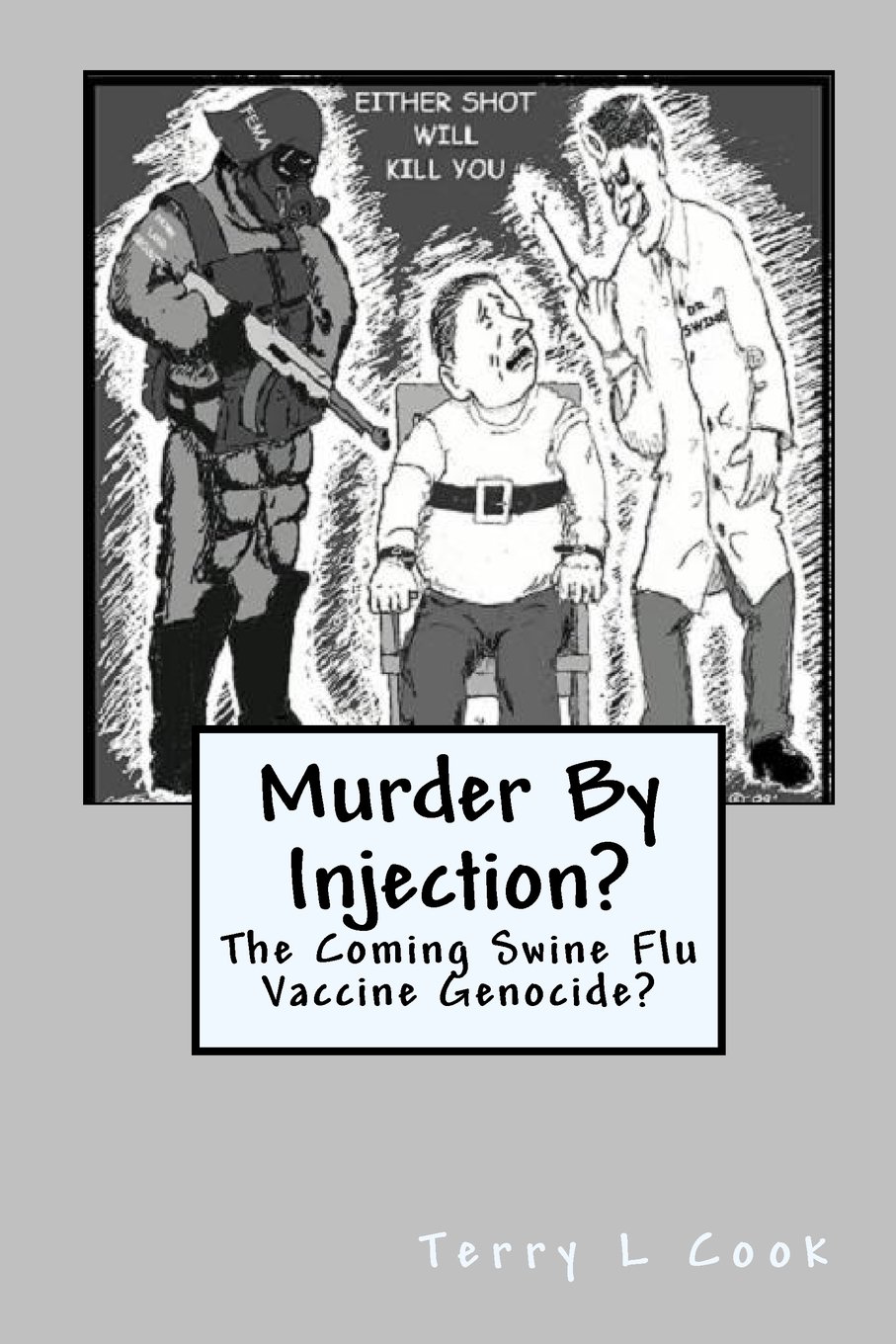 Scary how no matter the risk, the news is downplaying all risk to vaccines and condeming anyone who dares to be an "anti-vaxxer." Sick really.

If Biden wins the election, he is no doubt going to force in mandatory vaccines.

I was listening to Scott Adams this morning and he said something thought provoking. He said the sociopathic safe play would be to outwardly agree and encourage the widespread trialing of covid19 vaccinations while you yourself opted out until it is deemed completely safe for use.

Gold Member
^That's fair, but there are some huge assumptions here, such as "completely safe for use" which may never be the case, or the option to opt out which may be unavailable.

Second, I don't want my countrymen having this BS shoved down their throats + increased govt spending to pay for it. This impacts me slightly.

Third, a Coronavirus 'vaccine' would likely be required every year, similar to a flu shot. I may think the vaccine has become safe, but each new batch is a potential risk since they are not exactly the same. If it is not required every year, then it must be based on some highly experimental technology. Both cases suck.

Fourth, it is much harder to repeal policy than to implement it. I'd rather fight hard now than end up with yearly vaccines as the status quo. If I am allowed to opt out now, I may not be able to do so in the future.

Fifth, this sets precedent to introduce additional vaccines down the line, so my list of problems here get multiplied by each new vaccine. Pharma has a lot of incentive to make this happen.

Sixth, if they can force me to take a vaccine & invade the sanctity of my body, what other crap can they force me to do? Go cashless, social credit score, turn over my private keys? Lines must be drawn.

Seventh & most importantly, if I have children, they'll eventually have to take this shit as well, so it directly impacts my bloodline (i.e. the culmination of my life's work) and places them under the control of a govt that hates them.

In the end, I think playing sociopath in this particular case is incredibly shortsighted, but if I didn't:
1. Plan on having any kids
2. Give a shit about my country
3. Have a spine

and I prioritized convenience & hedonism instead, then it totally makes sense.

(p.s. This sounds a little charged, but no hate towards you!!

Imagine being that dumb to agree to an experimental vaccine and end up with transverse myelitis, which is a very serious condition unlike covid 19. What a dumbass.

It is also hopeful to look at the comments. 99 % of the commenters are declaring support for Kennedy Jr. whilst explicitily condemning the tyrannical usurpations of Dershowitz
Click to expand...

Bookmarked to listen later.
I'm not one for personal attacks, but I make a special exception for Alan Dershowitz, who is truly a man without honor or principles, who will take any position which benefits him personally or financially. Over the years he has: defended OJ Simpson who clearly murdered his wife, but had millions of dollars to spend on lawyers to defend him, defended Jeffrey Epstein and kept him away from prosecution, participated in both the Donald Trump and Bill Clinton impeachment trials. In the Trump case, he defended Trump with statements that fully contradicted the arguments he used in the Bill Clinton impeachment trial. He argued in seminal pornography cases which helped establish that pornography was protected as "free speech", sued a Catholic Cardinal for defamation for making "anti-Semitic" remarks about some Jewish people who attempted to raid and kill members of a convent, is friends with the Rothchild family and Jeffrey Epstein, and is an ardent apologist for Israel and anything that it does. He has no principles or convictions, except blindly supporting the state of Israel in all that it does. A truly slimy creature.
Share:
Twitter Email Share Link
Top