SAN FRANCISCO (KRON) — Campus police at San Francisco State University have launched an investigation into a viral video that shows a female student confronting a male student on campus about his dreadlocks.

Campus officials confirmed to KRON 4 News that the video took place on campus Monday afternoon and that both individuals are students, but neither are employed by the school. I've heard conflicting reports that she is indeed an employee.

The 46-second video shows an African-American student confronting a white student on campus about his dreadlocks.

She tells him in the video that he is appropriating her culture and when he tries to walk away she obstructs his path. The writer of the article conveniently neglects to mention that sjw physically assaulted, grabbed, and pushed the rasta dope. In my place of work (a state agency), obstructing someone's path with your body is sexual harassment. The sjw then also a sexual predator as well as violent. She assaulted the man filming, too.

“Yo, stop touching me right now,” the man says he tries to walk up the stairs. She then grabs his arm to keep him from leaving. The sjw plays her ace in the hole by demanding that the boy "keep his hands off her" despite his protecting himself against her assault.

“I don’t need your disrespect,” he says as she releases her grip on him and he walks away. Releases her grip? No, he needs to rip his arm away from her grasp.

The woman then notices someone recording the video and asks the unidentified cameraman why he was filming.

“Just for everyone’s safety,” the cameraman says before shutting off the camera. As she slams her hand into his phone. Assault and destruction of property.

We are aware of the video made of an incident which occurred on campus yesterday afternoon. University police were called to the scene of the incident when it occurred. The two individuals involved in the incident are not San Francisco State University employees. Further, no criminal charges have been pressed at this time to the University’s knowledge. Of course a pussy pass will be issued and the university will use the incident to "open a dialogue" which will likely dissolve into a platform for how white men steal everyone's culture.

San Francisco State University promotes the rights of the campus community to engage in free speech, but does not condone behavior that impedes the safety or well-being of others. We are taking the matter seriously and will promptly and thoroughly investigate this incident through applicable University channels, including our campus student conduct procedures
Click to expand...

Luckily, most responses I've seen speak of how ridiculous the sjw's behavior was.

Gold Member
He should have broken her hand.
G

Gold Member
The sight of this shit infuriates me.

The fact that SJW's are now being this bold, to confront a dude for his hair, it's insane.

Then tomorrow we get to hear how "voices of color on campus are being marginalized"
:tard:

The West is in freefall.

trca1012 hours ago (edited)
American Black girls are annoying... no wonder their men don't even touch them...﻿
Click to expand...

goes in line with this ROK Article:

Gold Member
I think the girl was correct, she has the right to assault and cajole people based on her subjective feelings. Furthermore she has the right to assult an innocent cameraman for no god damn reason what so ever. When will you guys get it? Assult and destruction of property are ok if subjective feelings are involved. The dude with the dreads was minding his own business while Caucasian, and that alone is free licence to be fucking annoying for that black chick.
E

I see SJWs turning on each other and I'm like

"That's no reason yo, I don't need your disrespect."

PS That mufucka needs to pick up a weight or three if that bird can throw him around like that.

trca1012 hours ago (edited)
American Black girls are annoying... no wonder their men don't even touch them...﻿
Click to expand...

goes in line with this ROK Article:

Literally just got back from lunch reading that article, and now I see this thread and that comment.

I noticed the article doesn't give any names... Being the proud SJW that she is, I hope she's able get the credit she deserves for her crusading against the evils of "cultural appropriation" and have her name associated with that video.

Gold Member
Do you think this might be a staged video ? 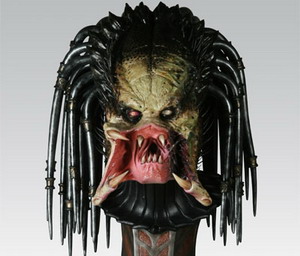 "why are you filming this"
"for everyone's safety"

She knew she fucked up at that point, hence phone grabbing.

The 46-second video shows an African-American student confronting a white student on campus about his dreadlocks.

"Cultural appropriation? Bitch, where's your animal skin loincloth, the bone in your nose and the plate in your lip? Why you wearing all that cracker clothing while bitchin' about my hair?!?! Check yo privilege!"

Gold Member
Guaranteed that if the man was a more "alpha" white dude with dreads, she would not have dared to speak a word. Kyle Beckerman from the USA national soccer team is a good example. If you look like a little bitch, the world will treat you as one. That valley girl accent he has isn't helping either. Moderator
The exact moment she realized it was caught on cam and she fucked up:
[attachment=30863]

Gold Member
Calling her a SJW is letting her off too easy.

Just call her what she is: a Racist, Sexist, Cunt.

GlobalMan said:
The sight of this shit infuriates me.

The fact that SJW's are now being this bold, to confront a dude for his hair, it's insane.

Then tomorrow we get to hear how "voices of color on campus are being marginalized"
:tard:

Apologies to the OP and not trying to threadjack, but I was with a business partner and we were discussing a business matter and the woman at the counter (she was doing something for us) jumped in and commented that I was extremely negative. I turned and just told her to mind her own business, just do her job and stay out of this. I wanted to go further but let it go. She was an immigrant, and she still had a bit of an accent, so it wasn't a white SJW. They just get corrupted so fast in the West.

After she finished what she needed to do, she put up one of thise "be back in a few minutes" signs, I think she needed to go cry or something.

Once I commented, she just shut the fuck up. At least she didn't start crying immediately.

I was being critical of a business matter (well someone involved in the matter), but once again any criticism is just too much for an SJW, even if it is not directed at her. :tard:

I can't comprehend this poor emotional control that is pervasive in people these days.

Must be why they don't wash their hair.

Gold Member
Maybe this 'cultural appropriation' shit is just her rationalising her urge to smack the shit out of that dork?

I can relate, he is pissing me off as well. She grabs his hand and he doesn't try to shake it off, he just says 'get offff me' in that effeminate voice? Why does he keep moving his hands when he talks? Where did he learn that?

I guarantee if he had some testosterone she'd let him appropriate a lot more than just hair.

This dude should lift and stop acting like a woman when speaking.

I was thinking the same thing. The whole confrontation looked like bad acting. But then again, I wouldn't put anything this inane past a SJW.
You must log in or register to reply here.
Share:
Twitter Email Link
Top