2. I hope he didn't ruin his chances of that by calling black people the "colored community"
Click to expand...

2. I hope he didn't ruin his chances of that by calling black people the "colored community"

Is calling black folks the "colored community" now the accepted term for African Americans amongst the college kids?

No. A white guy using the term colored is not much different than using the other word. He may get a pass on it because he seems like an SJW himself but if Trump said colored community his campaign and some of his businesses would be finished.

Ain't coloured people mixed people? Like in south Africa you had black, coloured and white. Whats with the term Mulatto?
D

(CNN) Black hair is a touchy subject tied to beauty, identity and politics. Whether it's Afros and black power or cornrows and hip-hop, hairstyles associated with African-American culture can make a statement before their wearers say a word.

So when whites choose a traditionally black hairstyle such as dreadlocks, it adds another layer of complexity to the issue.

Take the latest case in point: a viral video showing a black woman calling out a white male student at San Francisco State University for his dreadlocks. The video touched off debate over whether dreadlocks on white people constitute cultural appropriation, a fashion faux pas or both.

Neither party responded to CNN's requests for comment, so there's no way to tell what happened before or after the 46-second video. Their conversation led to a physical confrontation that is being investigated by the university. The tense encounter focuses on the origin of dreadlocks, which both parties seem to agree is Egypt. The woman contends dreadlocks belong to "my culture" and the man says "it doesn't matter."

Dreadlocks are essentially entangled locks of hair achieved through various means of rolling hair. It's hard to tell who had them first, because early humans, lacking combs or styling products, likely roamed the planet with matted hair. Multiple sources credit the Vedic scriptures of Indian origin with documenting the first evidence of twisted locks of hair as early as 1800 B.C.

Historians and anthropologists have found evidence of the 'do in ancient Egypt, Germanic tribes, Vikings, Pacific Islanders, early Christians, the Aborigines and the New Guineans as well as the Somali, the Galla, the Maasai, the Ashanti and the Fulani tribes of Africa.

As University of Richmond professor Bert Ashe writes in "Twisted: My Dreadlock Chronicles," the better question is "Who hasn't worn dreadlocks at one time or another?"

Bear in mind, though, that the actual term "dreadlock" comes from the Rastafarian culture, which is widely credited with popularizing the look in Western culture. Rastafarians consider the locks a sign of their African identity and a religious vow of their separation from what they call Babylon, a historically white-European imperialist structure that has oppressed blacks and other people of color since way back when, according to Migrations in History.

Given dreadlocks' rich history it's hard for one group to claim them, said Feminista Jones, writer, speaker and former wearer of locks.

"Sure, white people can wear locs," she said in an email. "For some, they have religious or spiritual meaning. For others, it's just a hairstyle. My research informed me that Indian monks wore them long before they reached the Western Hemisphere, so I'm not sure anyone has any particular claim."

Like many, she does not care for how they look on some white people. Whether it counts as cultural appropriation she's not so sure.

"I used to wear them and it wasn't for any spiritual reason and I wasn't a rasta; I just liked how they looked on me. I wonder if an Indian person could say I was appropriating them?" she said.

"Cultural appropriation is about the power dynamic. When people with power and privilege decide to 'validate' customs and traditions that oppressed people have long been marginalized for by saying 'This is the hot new thing,' then we have serious problems. Or when they refuse to credit the people who innovated those styles or traditions, but claim them as original ideas, then we get into appropriation," she said.

"Showing love for something awesome and doing so with respect to the culture is appreciation and I don't see problems with that, for the most part. I do think white people have to be mindful of their privilege, though, and think twice before hopping on the newest 'trend,' especially if it clearly borrows from disenfranchised people."

Writer and longtime locks lover Jamia Wilson began adopting the look 10 years ago as a return to her natural state. She remembers seeing white people with dreadlocks in the same Berkeley, California, salon she used to visit for regular maintenance.

"For me what it means to lock one's hair really felt like going back to the natural progression of what my hair was like on its own," she said. "To see other people take extra steps to push their hair in that direction is an interesting thing to look at as a different sort of metaphor as opposed to this is what your hair would do naturally."

She loves her locks but acknowledges they come with baggage. Relatives initially worried they might jeopardize job prospects; a professor advised her to straighten her hair if she wanted to make it in broadcast journalism.

There have been times when reactions to her hair have made her feel unsafe. Strangers occasionally approach her for drugs. A homeless man once called her a "dirty-haired bitch" for not giving him money.

She wonders if white people with dreadlocks go through the same things.

"Hairstyles are not innocuous," she said. "There are gendered and racialized connotations and stereotypes attached to them."

She does not wish to "police" locks or discourage anyone from wearing them. She would ask, though, that they consider the context.

"If you're going to take on something that does have sacred and historic significance and an unequal history of power dynamics it's important to honor that history," she said. "Be an ally by knowing your stuff and being respectful and acknowledging where it comes from."
Click to expand...

Gold Member
Once upon a time, another guy was accused of "appropriating" a 1990s 8-ball jacket.

Remember his reaction when the chick got physical with him?


I wonder what would have happened if Mr. Dreadlocks went ballistic...?

kaotic said:
Could still be staged.

If she does work for SFSU, she needs to be terminated immediately.

Even white SJW/Libs/Activists are going to be attacked - yet they'll still stand there and support the BLM.
Click to expand...

I am trying to think of a motive leading these peeps to stage this? To raise awareness to "cultural appropriation"?

Gold Member
Quintus, I much prefer this video of that encounter: 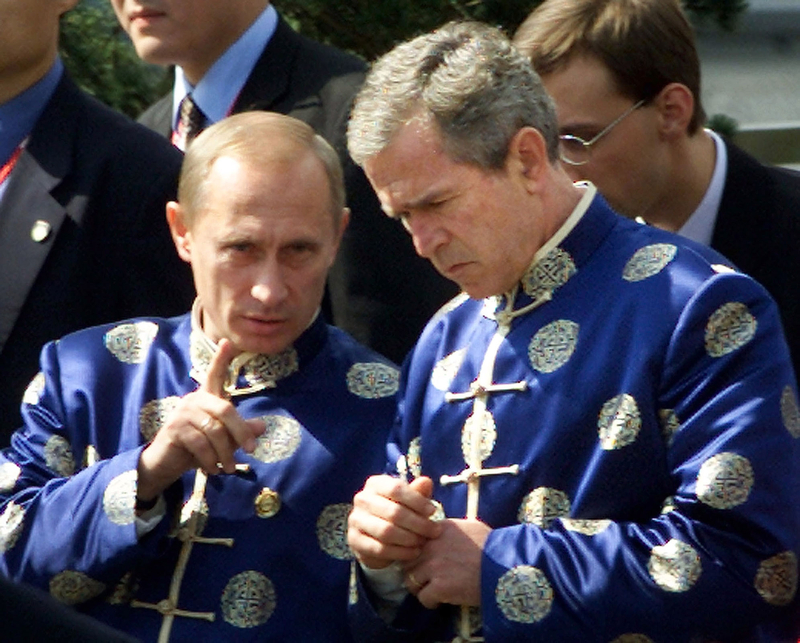 Three examples, if you consider the Chinese President here is wearing a Western outfit, complete with tie.
P

He said "I bet she doesn't know what dreadlocks mean."

They mean you need to wash your fucking hair and learn to use a comb. There's no symbolic meaning behind them. I bet if you go back a few thousand years, the majority of humans were sporting dreadlocks.

"Cultural appropriation is about the power dynamic. When people with power and privilege decide to 'validate' customs and traditions that oppressed people have long been marginalized for by saying 'This is the hot new thing,' then we have serious problems. Or when they refuse to credit the people who innovated those styles or traditions, but claim them as original ideas, then we get into appropriation," she said.

"Showing love for something awesome and doing so with respect to the culture is appreciation and I don't see problems with that, for the most part. I do think white people have to be mindful of their privilege, though, and think twice before hopping on the newest 'trend,' especially if it clearly borrows from disenfranchised people."
Click to expand...

WTF, does this even mean? If you heard someone say this shit 20 years ago, the person saying it would be the local homeless guy who is off his Thorazine and Haldol. That's what it sounds like. The crazy rants of homeless people.

And it says neither party responded.

Cory is really fucking up.

If you are reading this Cory, you are missing out on your 15_minutes. Be smart here. You could have parlayed that into a wild amount of ass. If I were you I'd get CNN on the phone asap.

Hearing and seeing him talk, I don't think he has the same definition for "a wild amount of ass".