How in the world... is it June, almost summer. The year 2020 has been decidedly bass-akward. And this world is STILL tripping out with itself. I was a bit too optimistic to begin with, unfortunately. I thought it'd blow over. Sheesh... I guess I was wrong.

Seriously, I just wanna be able to watch baseball, go shopping for food without having to face all of these masked NPCs (while they harangue me to wear a mark). And do so in the most self-assertive way, of course; via the guise of pretending that any passive-aggressive mutterings about how awful it is that someone not wear a mask in public is totally NOT about me... I'm only less than 20 feet away (and the only one not in a mask) in the store. They won't say it TO me, but go on and on, loudly, about my "selfishness" to their brain-dread husband... or to their children. "She doesn't care if she kills my children. Or me!" "Manager, that person isn't wearing a mask when the law demands it. Make them." Walking to a line to checkout at a grocery store, *the person in front of me* "Long, stupid batch of hateful swearing... And dirty looks* "I have to be behind HIM. No one cares, it's so ridiculous. I'm gonna get sick now." All of these have been directed at me. The worst one was, "Why do I have to wear a mark but she doesn't have to?" asked a 10 year old kid at Wal-Mart to his mammy last time i braved the walking dead. The answer, "Because it's the law. She's not obeying the law."

I'm noy obeying the law, but this lady is? Ya know what I want!? To go bigger! Screw this plandemic, I'm asking for everyone to give up on life because they MIGHT break their leg going to work one day. Just be afraid, people. It's a totally legit plan, trust me. And wear a stupid bandana around your neck, mouth and nose. Apparently if a virus decided to enter your system through the eyes would have sufficed, but this time around, I guess the cooties are nice and avoid your eyes! Also use a necklace of a whole, unpeeled orange with cloves poked in all over. Watch a lot of television (AT HOME! Heh heh, don't actually go to see a movie... LIVE). And in public, avoid friendly conduct. And since we've come this far, screw the masks... I wanna see everyone wearing a full-body Hazmat suit, a beekeeper uniform, dressed up as a ghost (head to toe white sheet, streamliner for maximum safety), OR a zebra Furry outfit. In certain exemptions, wearing an Easter bunny outfit is fine. If the intent is non-secular, however. No Hazmat suit? Beekeeper outfits at the cleaners? Fresh out of clean animal costume apparel? Then you best not be plannin' to buy any milk, today, boy! Now GIT! *Spits loogie*

Keep wishing me luck, all. I could use some perception of humanity, my faith-in-my-fellow-American tank is running dangerously low. Still to this day, I have not besmearched my face with one those NPC muzzles, even in a facetious/sneaky way. Pray I make it through without one day of muzzling myself.
Last edited: June 5, 2020
T

That doesn't even make sense. She was behind you, so surely she could maintain distance herself.

The Catalyst said:
That doesn't even make sense. She was behind you, so surely she could maintain distance herself.
Click to expand...

The lady with the masked-son, indeed, they were browsing in the same aisle as me. A good distance away, and I was taking my time choosing just the right brand of dish washer soap. And she totally could maintain distance. She just wanted to give her kid the governmental equivalent of, "Because I said so" to an asinine rule, as the kid had obviously been complaining about the mask for awhile.
D

Banned
Gold Member
If the cornavirus is real, masks have to be the most sound way to defeat it. I was at the Mayo Clinic for the past 3 days and they have a masks + temp + screening system going on. Nothing complex, just the basics.

The interior of that place is like a busy airport full of people with weakened immune systems. Looking at the county health statistics there, there have been very few cases of coronavirus. The hospital never shut down and did not stop procedures.
M

^ Well there's the goose right there man, "if" it is real. Masks are for slaves. Obedient, docile, limp-wristed, easily-startled, skittish, and illogical.

Vaccines are for worker drones, to keep them inoculated to servitude. Several other types of vaccines are for the poverty-stricken to induce cancer within 5-10 years so they can die off faster, because there's no way to milk that demographic for the elite.

Other Christian
I'm stunned Tucker is getting away with his polemics. He's spot on these days. I live in a liberal, SJW hellhole. Thank god for Tucker and this board.
L

Gnostic or New Age
This man literally killing grandma for going to the beach - 5000$ fine: 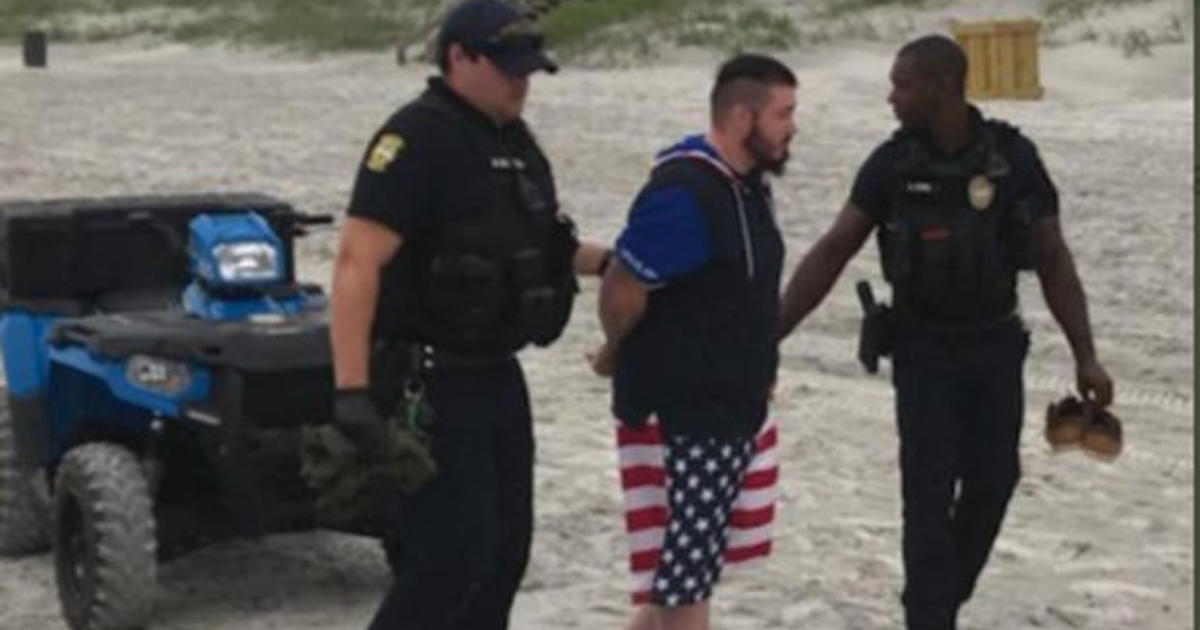 Brave and just protesters congregating in tens of thousands in close proximity with those magical masks shielding them from a particle that is small enough to go through a mask akin to a truck driving through two mountains in the mojave desert - this is fine and should be supported: 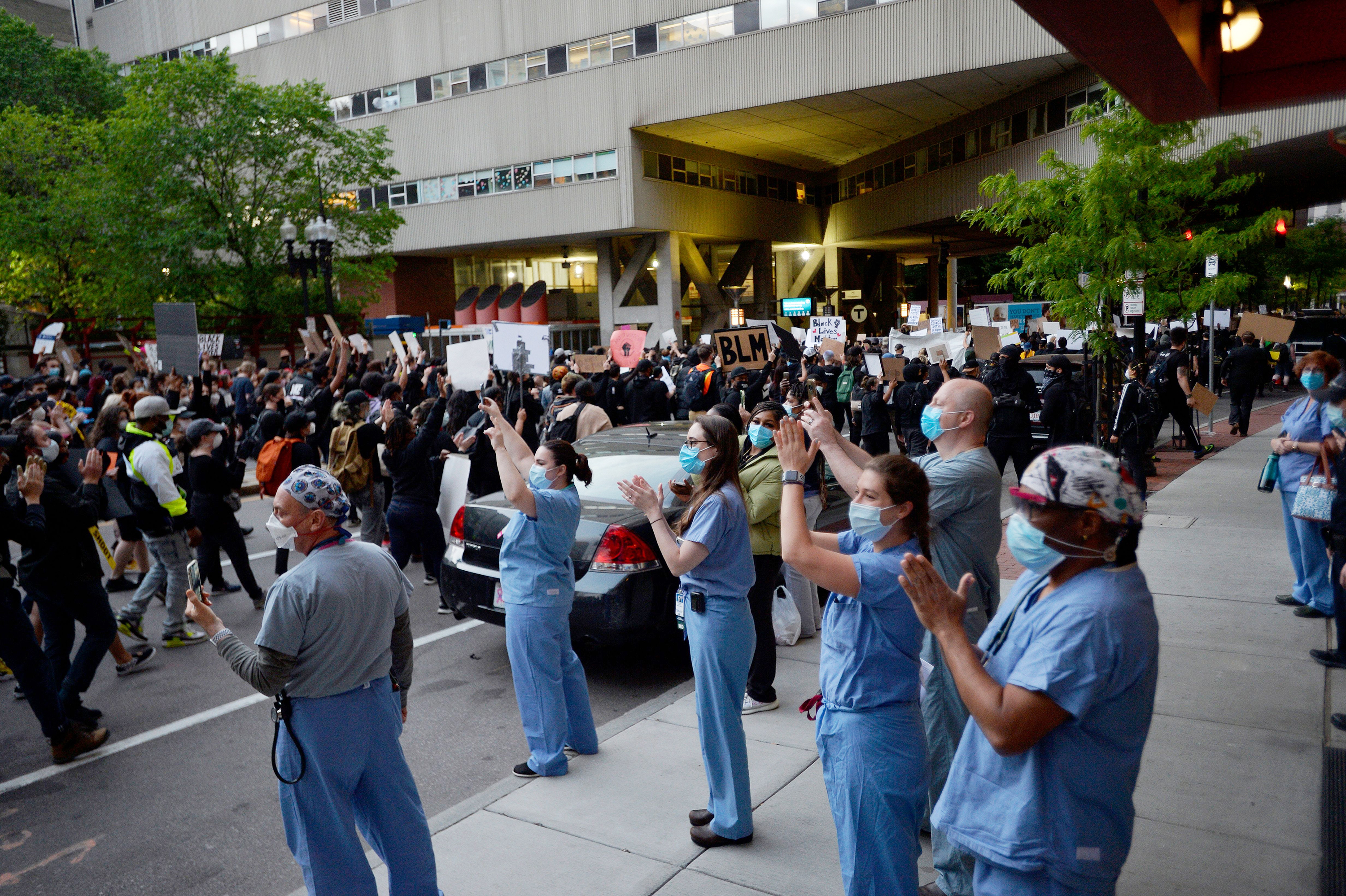 Gnostic or New Age
The insanity is being pointed out by many - 40 mio. out of work and imprisoned hairdressers, but hundreds of thousands going out into the streets for a woke cause - that is fine....

And the funny part is - right after this crap - they continue the lockdowns in many places.
G

Not sure where to post it. Maybe in Clown World

Gnostic or New Age
Those people who went broke or unemployed because of the fake pandemic must feel awfully good now:

Orthodox
Gold Member
Note: If you have trouble accessing the TLAV's article or website, then it's most likely being attacked and/or blocked.

Edit. Dang...I'm still having trouble accessing TLAV. Someone is going to a lot of trouble to stop people from reading the articles.

Orthodox
Has anyone read the Berenson book on covid that Amazon tried to ban? If so, is it worth reading or mostly a reiteration of what any thinking person already knows?

While I have little doubt that what they're saying is true, I'm pretty skeptical of the process that led to this declaration. I think it's likely that there's just as little information to warrant this statement as there was to warrant the original predictions of mass devastation. Instead, I think it's more likely part of the intentional and pre-meditated pivot away from the killer virus narrative that had been set in motion before the "civil unrest" or whatever you want to call it went from 0 to light speed in an instant.

For example, Dr. Van Kerkhove says, "From the data we have, it still seems to be rare that an asymptomatic person actually transmits onward to a secondary individual." OK. This data that you speak of.... may I see it? Where did it come from? What does it consist of? Who collected, analyzed, and reviewed it? What methods were used to reach the conclusions you're presenting? The "details" provided in the article are extremely vague. I think the expectation here is that people will say "oooh look, the great Scientists have some new Data!" and they're right to expect that reaction. This pronouncement (and the others that are sure to follow) will make it OK for the "STAY THE F HOME" crowd to move on to the next outrage without having to face shame or admit the error of their ways.

I have more to say on how upsetting it is that this will all be buried under riot stories until sports can start up again and the whole business can be swept under the rug. I'll comment further about it when I have more time. But for now, suffice to say that this person has the nerve to effectively admit that the whole mask nonsense was a pointless exercise, that all of the economic devastation was for nothing, that the "conspiracy theorists" who were simply applying observational and analytical skills were right all along, and most importantly that the media grossly over-exaggerated the story, callously preying on people's weaknesses and fanning the flames of fear - at best for clicks, and at worst for some nefarious agenda.
G

LeoniusD said:
The insanity is being pointed out by many - 40 mio. out of work and imprisoned hairdressers, but hundreds of thousands going out into the streets for a woke cause - that is fine....

And the funny part is - right after this crap - they continue the lockdowns in many places.
Click to expand...

I would like to see hair dressers and barbers rise up and fight back over this, marching in the streets. Those are almost all small business owners and their employees. And interestingly, they are all almost completely racially segregated in a way all of society does not question. Everyone can get behind the fact that our hair is different, and you need to go to the guy who specializes in your hair type i.e. your own kind. And it works. For everyone, the business owners and consumers alike.

Banned
Rather than march in the streets they should just open up, and people who support their cause should go and patronize their businesses. Dare the cops to shut them all down.
Share:
Twitter Email Share Link
Top