the high said:
Is South Dakota the freest state in America right now?
Click to expand...

Considering how much their governor is advertising the state and the subsequent surge in blue-voters, I wonder if it will remain that way for long.
I've already seen multiple comments from SD residents complaining about their new Lefty neighbors.

Radoste said:
Considering how much their governor is advertising the state and the subsequent surge in blue-voters, I wonder if it will remain that way for long.
I've already seen multiple comments from SD residents complaining about their new Lefty neighbors.
Click to expand...

My bet is on West Virginia. It's never in the news for anything good and people think cousins marry each other. It's the last place a leftist would move to.

Florida is the freest state (that matters).

FullThrottleTX said:
Florida is the freest state (that matters).
Click to expand...

Ironic when it has one of the oldest populations and is most vulnerable to the fake flu.

LeoniusD said:
Japan has no mandatory mask requirement and some locals don't wear them or they wear them around their chin. But it's a culture that is comblient to the masses which explains why they have a 99%+ vaccination rate without any compulsory vaxxes. Most would likely accept a chip if the majority took it. The West is still more rebellious and they need the brutal arm of justice.
Click to expand...

Everyone in Japan wears masks at all times, even outdoors and when alone and in cars. They don't question; they just do what they're told. Besides, they like wearing masks. They've been doing it for decades.

etwsake said:
Everyone in Japan wears masks at all times, even outdoors and when alone and in cars. They don't question; they just do what they're told. Besides, they like wearing masks. They've been doing it for decades.
Click to expand...

And it did no good when the early version of Covid hit them last year:

The worst flu outbreak on record in Japan has affected millions of people, with many patients hospitalized or in critical condition, according to reports.

In Melbourne, when I do go out, most places have hand sanitiser at the entrance, however staff don't seem to care when I walk past it to do what I need to do.

fokker said:
In Melbourne, when I do go out, most places have hand sanitiser at the entrance, however staff don't seem to care when I walk past it to do what I need to do.
Click to expand...

I assume that the bottle of sanitizer and the sign in the window about wearing masks are for show. Some stores, bars, etc. are very lax about mask wearing, and some are Nazis about it. I prefer the lax places. However, the lax places all have their sign in the window, and their bottle of sanitizer. First of all, some customers do want to use it. But more importantly, if a health inspector shows up, they can swear they are 100% compliant and safe.

Here's my latest thought on this thing:

If we look at what's happening in America with the economy and the Federal Reserve, we see the Fed doing things which are actually illegal, including buying corporate bonds and ETFs. In essence, they are swapping their made-up confetti "money" for real assets, corporations. Obviously, without the Fed stepping in, these corporations and funds would collapse, otherwise why would the Fed be stepping in?

This seems very similar to when Greece was failing, and so the IMF came in (as they do) and offered them a rescue package; Greece was failing hard and so took the "loan" - the IMF knew they couldn't repay - what is the collateral? Greece's actual worth, its assets - land, ports, companies, utilities etc.

Now we see Covid has caused almost ALL economies in the world to be hugely affected by the lockdowns - poorer countries in the 3rd world will be especially hard hit - what have we heard? The IMF and World Bank are going around, offering out huge loans but on the condition that these countries implement the directives of the WHO (backed by the UN, backed by the IMF) directives such as mandatory mask wearing, social distancing, the rapid deployment of 5G infrastructure, health passports, digital IDs and coming soon, mandatory "vaccines".

So where before countries might have refused a crippling loan, now, post economic shutdown, they can't refuse.

And so, just as the Fed in the US is becoming the sole owner of virtually everything, so too the IMF and World Bank are now becoming the de-facto owners of every country in the entire world, piece by piece, loan by loan.

Once their 4th industrial revolution and Great Reset are fully underway, it will have to be a global system of governance and who will be at the top of it all? The UN, backed by the IMF and World Bank.

I mean, the clue is in the name.

I think that's what this is really all about - when they talk about "the greatest transfer of wealth in our lifetime" they mean from us, to the international bankers.

They can use all the fancy terminology they want and impressive looking models and charts but at the end of the day. it's quite simple:

They create monopoly money (literally) and buy up everything. They swap worthless "paper" for nations and take control of everything, including, us, their "human resource".

The dark times are here already.

andy dufresne said:
Ironic when it has one of the oldest populations and is most vulnerable to the fake flu.
Click to expand...

I guess Florida has a lot of Jews.
L

Where is the frigging pandemic?

WHO confirms that the maximum supposed covid mortality is 0,14% since they state that at least 10% of the world population was already 'infected

Did The WHO Just (Accidentally) Confirm COVID Is No More Dangerous Than Flu?

Did The WHO Just (Accidentally) Confirm COVID Is No More Dangerous Than Flu? And here if everyone was reacting to everything the same way they react to covid:


'My baby is sick. Let's go to a computer programmer!'

And for all the pro-maskers out there - there is no value to them except to terrorize and fine the population.

Sweden also has a normal all-cause mortality rate this year with nothing special going on.

Iceland and Japan - countries which no one talks about - even less than Sweden despite the fact that Iceland did nothing much except restricting travel. And Japan only had some voluntary measures starting in may 2020.

WHO is probably just making statements with regard to lockdowns in order to prevent being accused for destroying the world over a fake pandemic. 'We did not do it! It was countries who did it themselves!'

They even claim at the WHO that masks should not be worn by healthy asymptomatic people - only by sick with symptoms. So they are in the clear sounding like one of those crazy conspiracy theorists. Meanwhile the media is demanding psychiatric institutionalization of all covid protesters - good thing that they are building gulags in Canada and other countries for that.

Masks and lockdowns have 0 effect on stopping the spread of virus. It's simply not possible to contain something like this type of virus once it's been circulating in the population for some time. It's been known for decades but, of course, science only matters if it supports official narrative. Hundreds of studies done over the last 50 years mean nothing, they can easily be overturned by some rushed test as long as it proves that masks of course work.


His whole channel is very good, btw!
A

Gold Member
This is one of the twitter accounts of a major promoter of Corona hysteria, Eric Feigl Ding. He uses the example of a severely obese teenager dying of COVID to emphasize that its a threat to everyone and we need to keep wearing masks and locking down. One person points out the obvious, that the kid was at severe risk for some type of respiratory illness due to obesity and diabetes. And of course the poster is piled on for being heartless and attacking a dead kid though no one addresses the core point that the virus is not a threat to vast majority of people.

He is not fat and the pic on the left is old - he would not fit onto a normal hospital bed. He was fastened at a special reinforced bed. 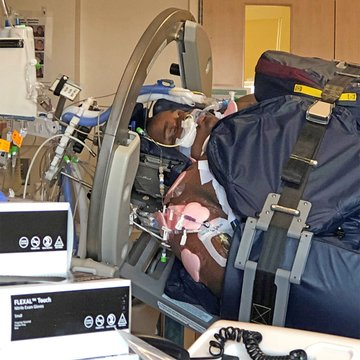 Plus - we could even argue whether the specific covid treatment did not hasten his demise. But yeah - once you weigh 400+ pounds and you are not some kind of 6'6 strongman, then you are at risk of dying constantly. There are obese young men who have pneumonia almost every year - something that their normal weight counterparts have to experience once a decade at worst.
Last edited: October 12, 2020

lol the WHO are a literal freaking joke!
A

"With PCR, if you do it well, you can find pretty much anything in anyone. - "The measurement is not accurate." - "PCR is a process that makes a whole lot out of something. It does not tell you that you are sick. And it doesn't tell you that the thing that you find has done you harm." The Nobel Prize winner made all these statements during the panel discussion recorded here, which probably took place at the time of the HIV epidemic. Exact information about time and place is not available. Mullis explained that in his opinion the test could not be misused, but the results could. Ultimately, one could duplicate an invisible molecule until one had "something".