The Penitent Man said:
From my limited knowledge, the trucking industry is a weakness in the spider’s web just for the reason you mention. I wouldn’t be surprised to see a concerted effort to replace truckers with Satan’s soldiers in the coming years, unless that’s already underway.
Click to expand...

They're aiming for self-driving trucks now...

"YOU MUST REINSTATE YOUR MASK MANDATES!"​ 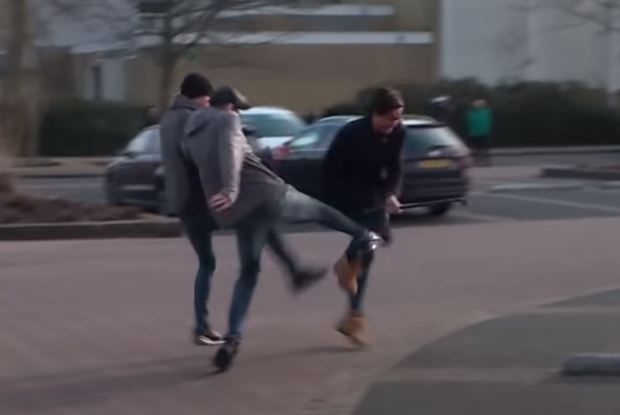 Onward Christian soldiers. In The Netherlands, the faithful had enough this week and gave more than an interview to a local reporter. The members of the Mieraskerk church in the town of Krimpen aan den Ijssel near the city of Rotterdam attacked a local reporter who was there to film them... 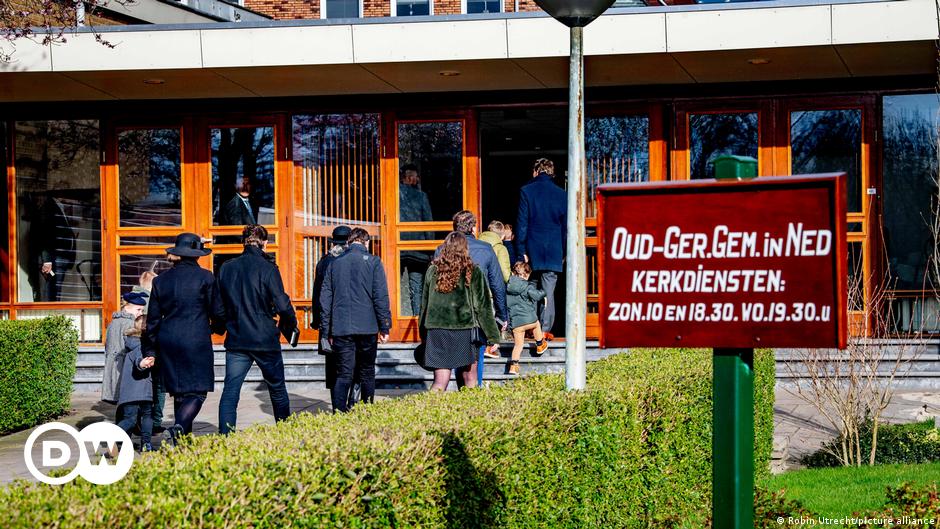 Worshippers flouting pandemic measures in the Netherlands have responded to media attention with violence. Lawmakers have slammed the attacks on reporters.

Good to see Bruce Willis taking his daughter to Church.
A

I want to see the these propaganda providers (they are really not journalists) to try and pull this trick in front of a mosque. They'd get chopped to pieces, with the police coming over just to pick up the bodies. I am not religious, but I see no harm in having an armed Christian militia attached to every church, just to prevent such cases from harassment from happening.

The new weasel phrase now that all the media outlets are repeating like a mantra is “impending doom”.

A pregnant Catholic mother was arrested during Holy Mass for not wearing a mask. She was ratted out by her own pastor. Unreal.

The church scrambled to put out a press statement.

The Catholic Diocese of Dallas is responding to Dallas mother Deirde Hairston’s allegation that she was escorted out of Mass at Holy Trinity Catholic Church, while holding her baby — for not wearing a mask.​

And there’s video of the incident.

Appearing on Dr. Taylor Marshall’s podcast, Hairston, who’s pregnant, described how she was escorted out by officers after Holy Communion with the eucharist “still on her tongue,” and told the church didn’t want her there. One of the three officers tells Hariston that she will “place her in handcuffs,” if Hairston doesn’t leave.

“Am I getting arrested?” Hairston asks.

“No, not right now. But if you don’t listen you will be,” replies the officer.

Cell phone footage shows Hariston asking what crime she has committed, to which police replied she was “trespassing on a business.”

Once outside, Hariston said the usher ran to her car and took photos of her license plate as police were taking her information. She also said she was issued a ticket for trespassing.

Holy Trinity, which serves the uptown community near Oak Lawn and Lemmon Ave. responded on March 29, two weeks after the incident and two days after Marshall shared the interview on Youtube.

In it, they state that Hairston wasn’t arrested or ticketed, merely issued a trespass warning. They also said the pastor of the parish has required masks at Mass out of concern for the health and welfare of its entire congregation. Hariston and her husband said that isn’t true. They said it wasn’t required – only encouraged.

Furthermore, the church expects “the faithful to wear masks out of charity and concern for others,” the church continued.

The Diocese is looking into the details regarding the incident, and said, “recognizing that this pandemic has been stressful for everyone, an increase in patience and charity is necessary during these days.”
Click to expand...

The Catholic Diocese of Dallas is responding to Dallas mother Deirde Hairston's allegation that she was escorted out of Mass at Holy Trinity, while holding her baby -- for not wearing a mask.

This is the church in Dallas, Texas that had her arrested.

We are an uptown Catholic Community serving the Oak Lawn community of Dallas, TX for over 100 years. Our parish is served by the Congregation of the Mission of St. Vincent de Paul, the Vincentians.

A church issued a trespass notice for not wearing a mask? What is it, Motel 6? Geez...

Well Bruce is now in jail, according to the news. They will probably charge him with attempted murder because he is a covid sceptic.
G

I haven't seen this being circulated previously, but there is emerging evidence that face masks cause you to inhale plastic nano particles, the risk seems particularly high now with the shoddy quality controls on mask production since the demand exploded during 2020. These recent articles only link it to nasal inflammation, but there is previous research showing inhalation of plastic nano particles has neurotoxic effects, and that inhalation of polypropylene fibers can cause interstitial lung disease.

I'd wager that mandating billions of people to wear these plastic masks every day will have disastrous consequences on public health if continued for years and years. 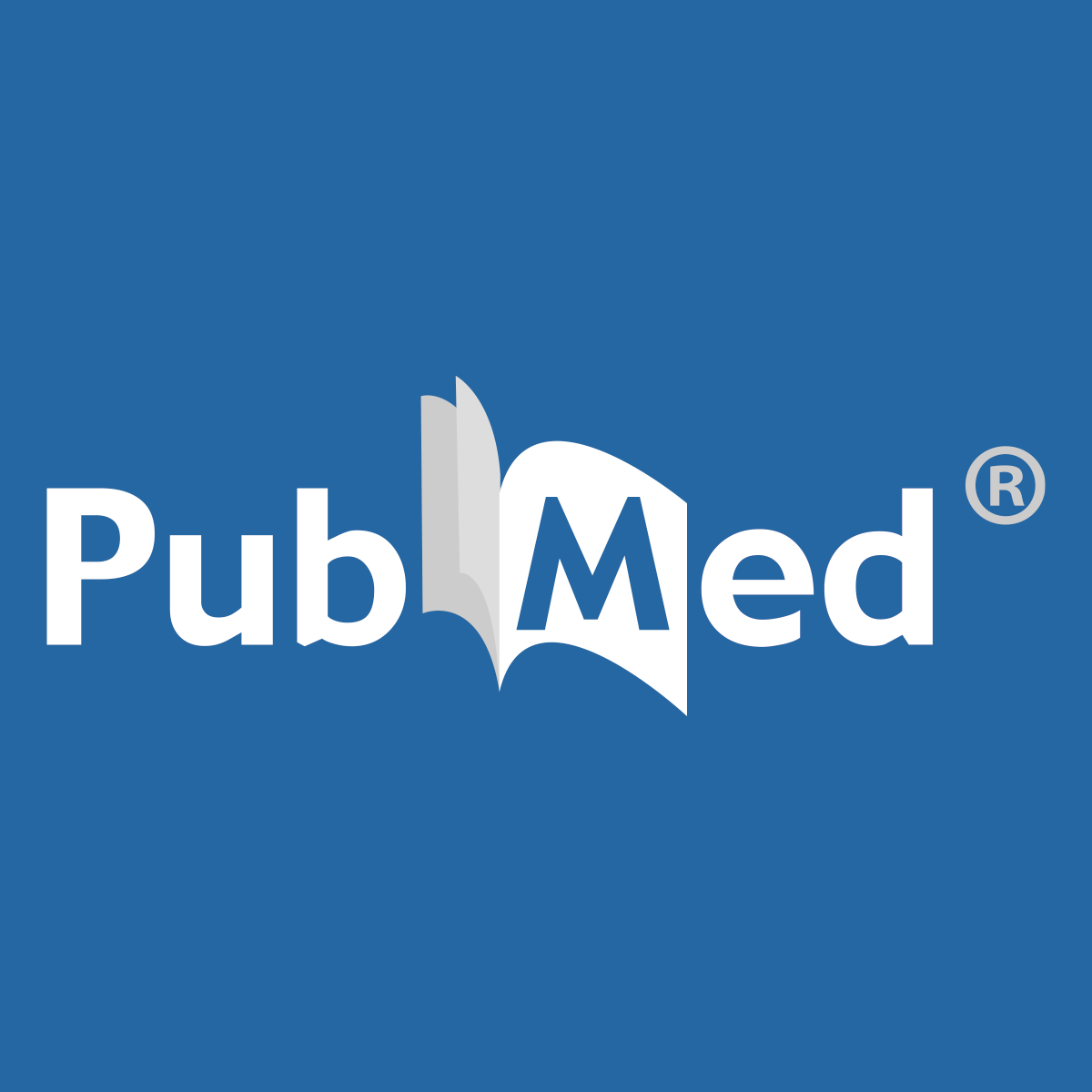 Filtering facepiece particle (FFP) masks are important items of personal protective equipment in fighting COVID-19 pandemic. They shall protect the wearer of the mask from particles, droplets, and aerosols, but they also can prevent the spread of aerosol-transmitted viruses if the wearer becomes...

pubmed.ncbi.nlm.nih.gov
Need for assessing the inhalation of micro(nano)plastic debris shed from masks, respirators, and home-made face coverings during the COVID-19 pandemic 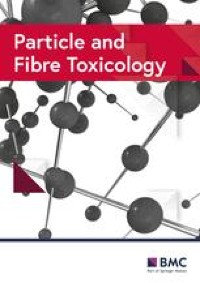 The plastic brain: neurotoxicity of micro- and nanoplastics

The present study evaluated the possible effects of exposure to polypropylene flock on respiratory health and serum cytokines in a cross-sectional study of workers from a plant in Turkey. A total of 50 polypropylene flocking workers were compared to a control group of 45 subjects. All subjects... 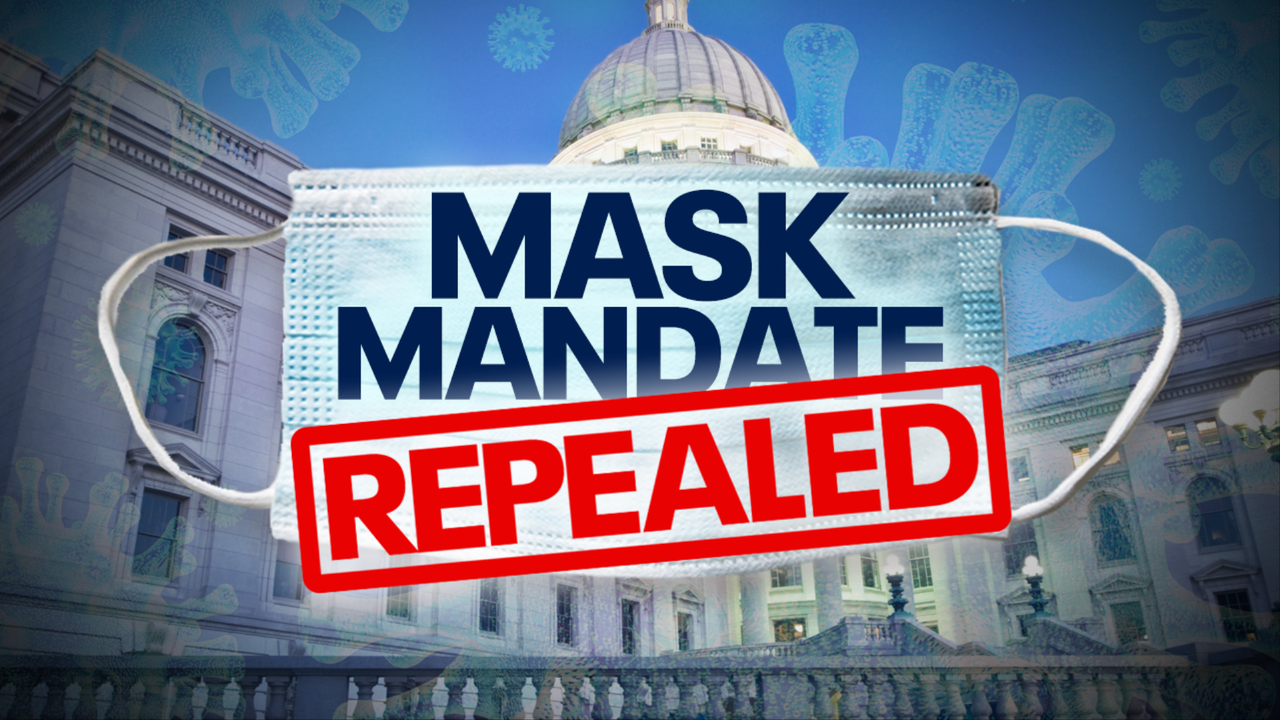 The Wisconsin Supreme Court on Wednesday struck down Gov. Tony Evers' statewide mask mandate, ruling that the Democrat exceeded his authority by issuing the order.

Governor Evers conceded, but said it's a moral issue (Evers is a boomer...of course everyone owes him, to sacrifice their life and health for his imaginary safety comforts).
Basically, the court said that state "emergency" lasts up to 60 days, and the governor extended his dog muzzle order multiple times over multiple 60-day periods....no real emergency anymore. But the court opinion itself is disappointing as it presents things as if "dangerous virus" pandemic is really there (while it's common cold, basically) and dances around a lot of procedural stuff, without saying B once they said A and saying outright that putting these muzzles on humans is unconstitutional and is a form of violence.
B

Apparently, there're sheeple who love wearing masks and want to wear them forever (and I'm sure they want to force them on the rest, so that they won't be feeling uncomfortable).

Below describes a lot of what had been classified as DSM psychiatric/personality disorders just recently (asocial, avoidant personality disorders, paranoia, social anxiety)
Now these people are running the show and forcing it on others, the sick are controlling the healthy.

“I don’t think I could ever go back to not wearing a mask,” said Donna Bauer, a “40ish” Twitter maven in Orlando. (Masks hide the laugh lines, so why not run with it? “40ish” it is, Donna!)
“I like not catching colds, not wearing makeup and not being noticed,” Bauer said. “So even vaccinated and with herd immunity, I’m still going to be hiding behind it.”
Click to expand...

I want to keep wearing a mask after this is over,” he told me. “I can just go and do my thing, and I don’t have to interact with people. It’s liberating.”
Click to expand...

“Wearing a mask means people can’t see my facial tics, and I love that,” said Pietra Pereira, 19, a student in San Diego.

“Covering my face changed how I was treated in public,” she wrote in The Post last year. “During a recent visit to the post office, I stood in line behind strangers, all of whom also wore fabric coverings on their faces, and for once the most noticeable thing about my appearance was not my misshapen eyes but the vibrant colored mask that did all but cover them. I was grateful for the sense of anonymity and the chance to blend in that wearing a mask provided.”
Click to expand...

Folks on social media write little odes to the masked life:
“I love wearing a mask. I want to do this forever. It has helped my social anxiety so much.”
Click to expand...

^ I had to double check the link to make sure it wasn't from the Onion - I guess I haven't come to terms with the possibility that grown non-institutionalized adults can utter such drivel without feeling overwhelming shame.

And I've got news for Pietra - with a mask on, the only facial feature other people can see is your misshapen eyes. By "all but cover them" you mean "not cover them at all" unless you're walking around both literally and figuratively blind.
A

Sisyphus said:
^ I had to double check the link to make sure it wasn't from the Onion - I guess I haven't come to terms with the possibility that grown non-institutionalized adults can utter such drivel without feeling overwhelming shame.

And I've got news for Pietra - with a mask on, the only facial feature other people can see is your misshapen eyes. By "all but cover them" you mean "not cover them at all" unless you're walking around both literally and figuratively blind.
Click to expand...

It's from Washington Post of course. Only they could come up with that Onion type stuff, except it's for real.

aynrus said:
Apparently, there're sheeple who love wearing masks and want to wear them forever (and I'm sure they want to force them on the rest, so that they won't be feeling uncomfortable).

I've been talking about this with people just recently. There's a certain amount of the population that has already decided they are never going to unmask. Once upon a time this would've been mostly fat middle-aged women, and indeed they will be the biggest (lol) contingent probably, but I think we'll be surprised to see just how many and how many types of people make up this group. And this group will end up forcing everyone else to, because it just takes a tiny but vocal minority to do that - 5% is a number you keep seeing floating around. It'll start as "well, I'm more comfortable like this, it's my choice" to "it'll make me feel more comfortable if you do it, too, please respect that" to "it'll make me feel more comfortable if this restaurant insists the staff all do it" to "the customers all do it" and we're off to the races.

Honestly, besides some dips here and there, I'm having trouble picturing lockdown and masking ever ending.
E

kel said:
Honestly, besides some dips here and there, I'm having trouble picturing lockdown and masking ever ending.
Click to expand...

Nothing the government does is ever temporary. Laws don't become nullified over time, they multiply, and never in favor of liberty.

The question is would these policemen dare to do the same thing in a mosque - no they wouldn't. And not only because muslims are sacred cows, but because muslims would massacre them. While our side sits and listens meekly.
Share:
Twitter Email Share Link
Top