This is another fantastic interview with Catherine Austin Fitts.

It's not about any virus. It's the coordinated takeover of the economic system.

She mentions a few good points:

+ The covid passports are the tools to eliminate cash and go into digital currencies.
+ They are essentially flaunting their lack of respect for the peasants - the peasants succumbing to the propaganda made them completely lose respect for them. That is why Obama had public birthday parties for hundreds of unmasked guests while the peasants get brutalized for dropping their mask a little.
+ They decided that it's cheaper for them to issue the UBI while at the same time lower life expectancy significantly - obviously you will be required to get toxic vaccines for life and die off quickly.
+ So non-Blackrock businesses getting shut down is all by design. In reality they would have preferred to issue an order for the shutdown of the peasant businesses, but they did it via the lockdowns.
+ Restaurants getting shut down are essential since restaurants get significant food supplies from local farmers and they want to prevent that and use large industrial restaurant chains that they own. The Pizzahut joke from Demolition Man became reality.
+ Ultimately the covid passports and edicts are building a totalitarian system where they tell the peasants what they should do - also democracy is over.
+ The transformation has barely begun - real estate will be massively busted, because they want to buy up everything.

Ay - that is why the Agenda 21 spoke about unemployment numbers of 50% by 2050. Obviously if you shut down small businesses then it is possible to achieve that due to economies of scale alone - let alone the technological unemployment that also contributes.

The lady gives a few tips on how to fight back.
Click to expand...

With AI and automation/ robotics advancements I can see how 500,000,000 would be seen as an optimum global population number and multiple billions as redundant.
But “they” dont get to decide that / who / and when. No man does

LeoniusD said:
+ The covid passports are the tools to eliminate cash and go into digital currencies.
Click to expand...

In the last two weeks, I noticed the self-scanning machines are not accepting cash - only cards - at my local Wal-Mart and supermarket stores. This has forced me to go to the cashier line to pay cash.

It's not surprising that digital currency is going to be a big part of the IMF/WEF agenda.

Unrelated to this thread title, but related to WEF's "The Great Reset" plan, below is a list of their digital currency agenda. 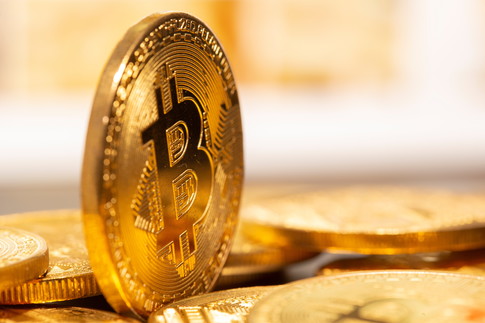 Key takeaways on digital currency from The Davos Agenda

As digital currencies are poised to have an impact on global financial systems, design, governance and liquidity are among the key principles in focus.

David Gorski is believed to be an administrator on Wikipedia and spends a lot of his time making sure that the health and medicine articles support Big Pharma and discourage alternative or natural medicine. Looks to me like he doesn't get enough exercise and sunshine and his testosterone levels are through the floor. I guess spending 12 hours a day in front of a computer screen trying (and failing) to mandate an artificial authoritarian narrative will do that to you. 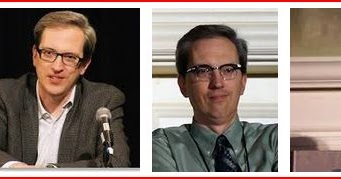 In doing this site we know that updates are inevitable and it has turned out that we know more about Dr. David Gorski (aka MastCell ) now th... 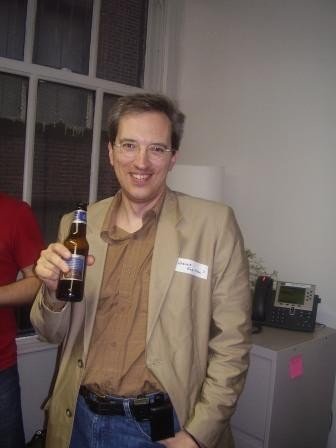 David Gorski’s Financial Pharma Ties: What He Didn’t Tell You

By Jake Crosby His motto is “A statement of fact cannot be insolent,” yet the title of his blog reads “Respectful Insolence.” In other words, even he admits there are no facts on his blog. He has become the online...
www.ageofautism.com 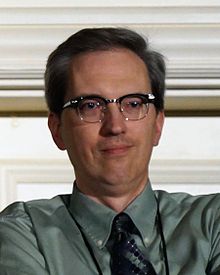 Orthodox
Gold Member
Australian former NBA star Andrew Bogut talked about how he was offered money to promote lockdowns. He also talked about how stars and influencers are told to not say anything that goes against the government, anti-lockdowns, etc. in any way. 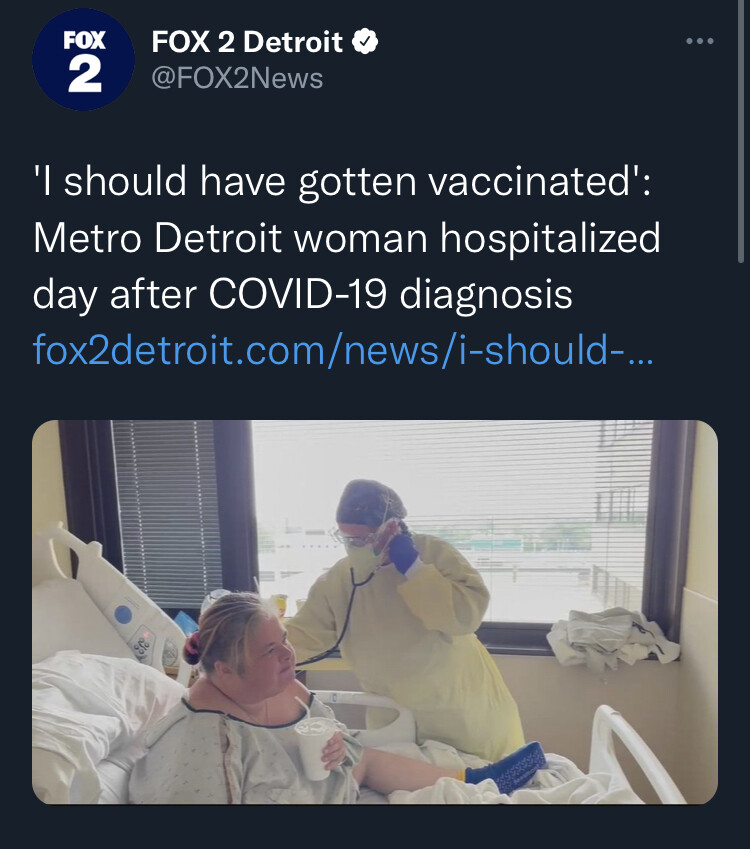 What a shame. And she looks so fit and healthy!

I wonder what she's drinking there. Somehow I don't think it's a vitamin cocktail to boost her immune system.

Catholic
She probably drinks a milkshake to keep her from starving until her next meal.
Last edited: August 23, 2021
A

Other Christian
This thread is over 300 pages so sorry if what I am about to write has been discussed already!!
It boggles my mind how ordinary people can't see how utterly fake the reported death numbers are!!
For example if you got to the macrotrends website you can see a table showing death rates in all the major countries going back many decades:

Chart and table of the U.S. death rate from 1950 to 2022. United Nations projections are also included through the year 2100.

U.S.A.
�
That is the number of deaths per 1000 people in any given calendar year. It has been increasing by approximately 0.1 per thousand people every year for nearly a decade, and I presume this is because of an aging population. You cannot see any affect in the trend during the covid period. A statistically normally number of people died.

U.S.A. has supposedly had around 628,000 Covid deaths according to a quick google search. If you divide 628,000 by the current population of the U.S.A. (around 336 million) and then adjust for the amount of time Covid has been going the death rate should be up around 10 now, but its nowhere near that. One can only conclude that the vast majority of the people that "died with Covid"either died of something else or were going to die soon anyway (e.g. some dude who had severe cancer and would have died a month later anyway).

Basically Covid had no net overall effect on the overall death rate. Basically the same story plays out in the statistics of almost any country you care to look at. Brazil, India, etc.

It amazes me how few people are actually talking about this.
Last edited: August 23, 2021

AT THE MOMENT there is NO requirement to have a health pass to enter a supermarket in France, HOWEVER if you enter a "shopping centre" type building (multiple shops under 1 roof) you do need one.

I'm guessing the supermarket in the video is part of a shopping mall type complex.

Of course, I'm not saying it's ok for the French police to do this....but it's important to get the facts straight.
Click to expand...

To me this underlines the importance of supporting small business, RIGHT NOW, so that large businesses are not your only option. If you have a local farmers market, buy produce there. If you have a locally owned butcher shop, buy your meat there. Local restaurants are obviously better than chains, etc. Same with pharmacies. If it's going to happen one day soon anyway, you might as well beat the rush and get used to buying from places like this.

Easiest explanation is baby boomers. There's always a spike in mortality in the 60-70 year old group as unhealthy people die. Around 2014 is when the lion's share of boomers started hitting that age bracket.

BillMcNeal said:
To me this underlines the importance of supporting small business, RIGHT NOW, so that large businesses are not your only option. If you have a local farmers market, buy produce there. If you have a locally owned butcher shop, buy your meat there. Local restaurants are obviously better than chains, etc. Same with pharmacies. If it's going to happen one day soon anyway, you might as well beat the rush and get used to buying from places like this.
Click to expand...

These blanket approaches are misguided. Small businesses are just as happy to enforce lock-downs and restrictions and take govt money. I no longer support local small business as a habit. They are on average just as corrupt as corporations.

EndlessGravity said:
These blanket approaches are misguided. Small businesses are just as happy to enforce lock-downs and restrictions and take govt money. I no longer support local small business as a habit. They are on average just as corrupt as corporations.

Fair enough. Farmer's markets might be a good bet, but to reinforce your point I found a locally owned supermarket's website. They had a blog where the owner was bragging about his vaccine, etc. Those local places surely won't be perfect, but the passport enforcement rate is going to be lower for them than corporate places. There's no doubt in my mind about that.
L

BillMcNeal said:
Easiest explanation is baby boomers. There's always a spike in mortality in the 60-70 year old group as unhealthy people die. Around 2014 is when the lion's share of boomers started hitting that age bracket.
Click to expand...

Yeah - there are old populations like Italy with a natural death rate of 10,7. Italians live longer than the US with a life expectancy of over 83 vs 78 in the US. The US has a much younger population - mostly due to mass migration in recent decades. Without that it would be also around 10,7 or higher with the babyboomers dying off.

And even with migration the death rate is rising due to the babyboomers - the migration does not even offset that. Only when they are mostly gone will the death rate go down as migration is unlikely to stop.
L

EndlessGravity said:
These blanket approaches are misguided. Small businesses are just as happy to enforce lock-downs and restrictions and take govt money. I no longer support local small business as a habit. They are on average just as corrupt as corporations.

Small businesses received a pittance vs. the big bailout cash. They are not Blackrock owned and are set to be wiped out in the next decades. They are by and large the reason for a broader middle class. Once they are gone then you will find out how much they contributed to the economy. That is why the elite is planning a 3-tier system of employment - corporate workers, government workers and the largest group - the eternally unemployed poorest UBI recipients who are to take their 2 yearly jabs, their insect protein grub and be taken out of this world before they turn 60.

Orthodox
Gold Member
"Get a COVID-19 vaccine as soon as you can."