Orthodox Inquirer
But we saved 2 lives. By the way I'm weary when some ''criticism'' comes out in the MSM, usually there's a reason for it. Maybe to appease the masses a bit and regain trustworthiness.

What a clown world
S

Guess this is how Bill Clinton's quote from the 90s has evolved over 25 years?

"There was a minute I wasn't wearing a mask, but I didn't inhale".

Other Christian
Here’s an especially infuriating bit of filth from a Fox affiliate concerning some words of wisdom by the great expert on virology Dr. Anthony S. False-i whose crystal ball and great expertise has allowed him to declare the dreaded Omicron variant will peak in February. It appears that the midget demon is cooking up some plausible deniability in the event of his appearance before a Nuremburg style tribunal. 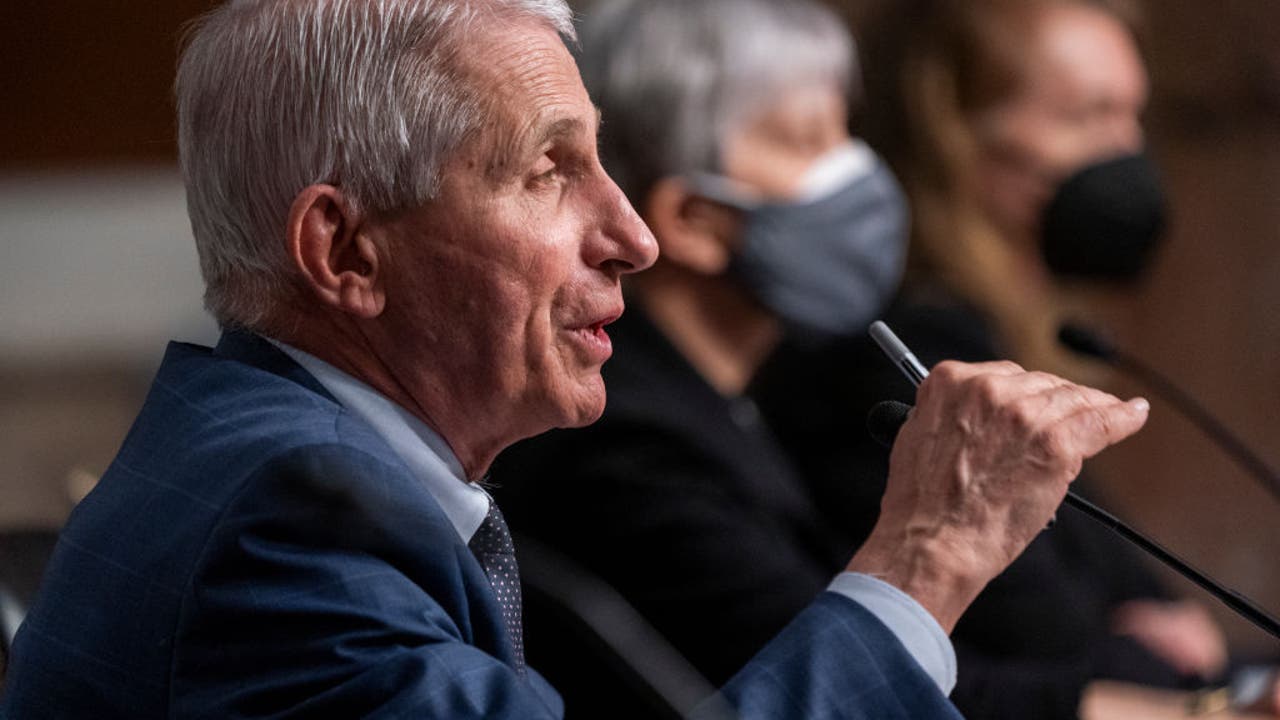 Dr. Anthony Fauci said he was "as confident as you can be" that states will hit their highest point of infections in February

"Control means you're not eliminating it, you're not eradicating it, but it gets down to such a low level, that it's essentially integrated into the general respiratory infections that we have learned to live with.... We'd like it to get down to that level where it doesn't disrupt us in the sense of getting back to a degree of normality. That's the best-case scenario."
Click to expand...

Which is to say “endemic.” Of course, reasonable people have been advocating for accepting endemicity of this mild flu for nearly two years, and notice how he refuses to say the E-word. This high quality journalism goes on...

Scientists are seeing signals that COVID-19′s alarming omicron wave may have peaked in Britain and is about to do the same in the U.S. The reason: The variant has proved so wildly contagious that it may already be running out of people to infect, just a month and a half after it was first detected in South Africa
Click to expand...

Which is to say “herd immunity,” but again notice how they refuse to use the H-I-words. Of course, reaching herd immunity is a strategy reasonable people have been advocating for nearly two years. Somehow, the world’s leading experts in virology are just waking up to the most obvious and simplistic solution to the problem that never existed.

So after hearing these uplifting words of optimism, can we say we’re near the end of the madness? Not likely.

"We may need to boost again, but before we make that decision, we want to determine what the durability is," he added.
Click to expand...

Translation: shot # 4 – coming soon to a Walgreen’s near you.

"I think if you take a 1,000-foot overview, you’re starting to see again a decrease in the rate of rise and that’s very important," Dr. Ulysses Wu, the chief of infectious disease at Hartford HealthCare, said. "So, if you look at it like we’re riding a roller coaster, we’re maybe nearing the top at this point, for at least this curve at this point."
Click to expand...

Wow – that’s a new world record for most equivocation in one clause in a sentence, well done Dr. Wu. More jerking people around and manipulating their emotions. I guess that’s what you get for trying to obtain information about the world from a mainstream media conglomerate.

This article could just as well go in the Clown World thread for its inclusion of a video describing a clip-on detector for the killer virus which I’m sure is equally reliable as the fraudulent tests that have been used to justify enslavement of the global peasantry. Yes, let’s all walk around with the clips so we can shun anyone as soon as it flashes the “unclean” signal and whisk them away to the nearest leper colony, preferably on a remote island.

My last line is still true.

Dont feel bad. I too grossly underestimated the general public’s capacity for monumental and enduring ability to go full retard. In May 2020 I was “ surely theyre seeing this...right?

In that regard we are the idiots

Papaya said:
Dont feel bad. I too grossly underestimated the general public’s capacity for monumental and enduring ability to go full retard. In May 2020 I was “ surely theyre seeing this...right?

In that regard we are the idiots
Click to expand...

It doesn't make sense because I only consider myself slightly above average intelligence and yet I see many incredibly intelligent people (both people I know in my personal life and public figures) get completely roped in.

I've learned it's not that people are intellectually retarded, but psychologically retarded. Somehow, this is worse...The modern Western mind is truly sick.
Last edited: February 5, 2022

New phrase for the post-CoughID era:

Gold Member
It's not so surprising really. The vast majority of people are not leaders / innovators . Thinking "outside the box" requires first recognizing there is a box.

True iconoclasts are even more rare.

Because the mind is designed to function as efficiently as possible, it serves as its own barrier to being an iconoclast.
There are 3 components of the iconoclastic personality

In many ways whatever led you and I and others to RVF in the first place indicates at least an awareness of "alternative" POV.s indicating at least some degree of iconoclastic personality.


Once that initial perception is changed then "whats been seen cant be unseen".

We're outside the Matrix here like almost nowhere else.

Batman_ said:
It doesn't make sense because I only consider myself slightly above average intelligence and yet I see many incredibly intelligent people (both people I know in my personal life and public figures) get completely roped in.

I've learned it's not that people are intellectually retarded, but psychologically retarded. Somehow, this is worse...The modern Western mind is truly sick.
Click to expand...

Highly intellegent people tend to have higher education and a higher ego, two forces detrimental to your perception of reality.

Wow, talk about a narrative shift. Along with the applause from the audience.
Warning for cringe jokes mixed in.

Orthodox Inquirer
The Covid reaction really was a frog boiling in water exercise.
It's only when you look at the past two years in hindsight do you see how ridiculous and absurd it is:

A sickness comes around and our reaction is to socially isolate, inject people with literal Luciferase, and wear a mask like a bank robber before you can enter the bank.

Papaya said:
He should be deported back to his homeland: Cuba
Click to expand...

Like we deported this lost Cuban child once upon a time:

Protestant
How do we smuggle semi trucks to angry Olympians?

I have no pity for them. You chose to be a slave, you have no right to complain. Muzzle up and shut up.

Orthodox
There is a video of a former executive at BlackRock, Edward Dowd, saying that the global debt bubble is at it's peak and they printed 65% more dollars during covaids to keep everything afloat. I have trouble trusting anyone capable of rising to that rank. I wonder if he is telling us the truth.

What is in the photo that makes it staged?

It honestly looks like normal BS that people deal with in China. All the time people are forced into the stupidest situations you could ever imagine and Chinese people make the best of it and relax. I'm surprised there werent people eating pumpkin seeds and playing mahjong.

In retrospect the first videos of people falling on the floor dying was made up, but this seems like a normal day full of BS that people have to deal with in China.