William Faulkner said:
There is a video of a former executive at BlackRock, Edward Dowd, saying that the global debt bubble is at it's peak and they printed 65% more dollars during covaids to keep everything afloat. I have trouble trusting anyone capable of rising to that rank. I wonder if he is telling us the truth.
Click to expand...

I understand your reservations about anyone Blackrock, but I do believe they have "printed" 65% additional USD since the CV arrived. It is one of the underlying causes forcing so much inflation and uncertainty in markets now. Many commodities are running red hot right now, leading to a Goldman Sachs top broker (not that I trust him much, either) to claim "we are running out of molecules." Big money is buying anything, everything, to convert printed bucks into a tangible something:

Genetic material of a thing that doesn't exist. What a bunch of bollocks. The lab leak theory is pure gaslighting.

Notice for the article thumbnail how they use an anxious, modern femoid? That's because this is the exact demographic perpetuating the fear:

When females access the interwebs, they have a strong tendency to:
- Virtue signal at any cost
- Get sucked into the hivemind
- Accept MSM news at face value
- Shame critics of dominant 'consensus'

Women honestly just shouldn't be allowed to post on the internet, 90% of this flu-wu nonsense would disappear overnight

Aizen said:
Notice for the article thumbnail how they use an anxious, modern femoid? That's because this is the exact demographic perpetuating the fear:

When females access the interwebs, they have a strong tendency to:
- Virtue signal at any cost
- Get sucked into the hivemind
- Accept MSM news at face value
- Shame critics of dominant 'consensus'

Women honestly just shouldn't be allowed to post on the internet, 90% of this flu-wu nonsense would disappear overnight
Click to expand...

Oh, women shouldn't be allowed to do many things...

William Faulkner said:
There is a video of a former executive at BlackRock, Edward Dowd, saying that the global debt bubble is at it's peak and they printed 65% more dollars during covaids to keep everything afloat. I have trouble trusting anyone capable of rising to that rank. I wonder if he is telling us the truth.
Click to expand...

Probably. But he also probably know that the peak will not turn to the downside until the solution is ready to be offered.

2 Right Hands said:
Oh, women shouldn't be allowed to do many things...
Click to expand...

You're being sarcastic but I would agree to an extent with the way Muslims chastise their women. It's not without grounds. I actually agree with them that women have no place on social media, in politics, at the ballot box. Look where these privileges have got us, who pushed them. If Christian cultures cannot stay strong and prevent to be subverted and keep their women chaste then I would argue that the iron fisted Muslim approach is better simply because it works. The Taliban have a stronger spine than many Christians sadly.
Last edited: February 11, 2022

Like a prisoner coming out of prison and has to adapt to society again. 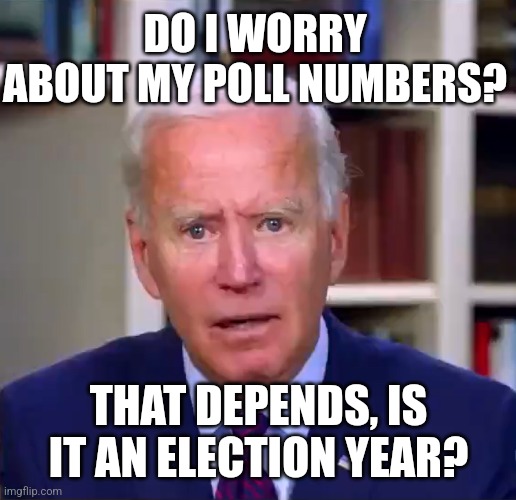 Good riddance to leftists and their wretched cities. May their offspring, the few they have, revolt against them.

Other Christian
A study conducted by the Canadian Medical Association (i.e. the official face of the medical establishment) claims that there were over 4000 excess deaths not related to the killer virus caused by delayed medical care. 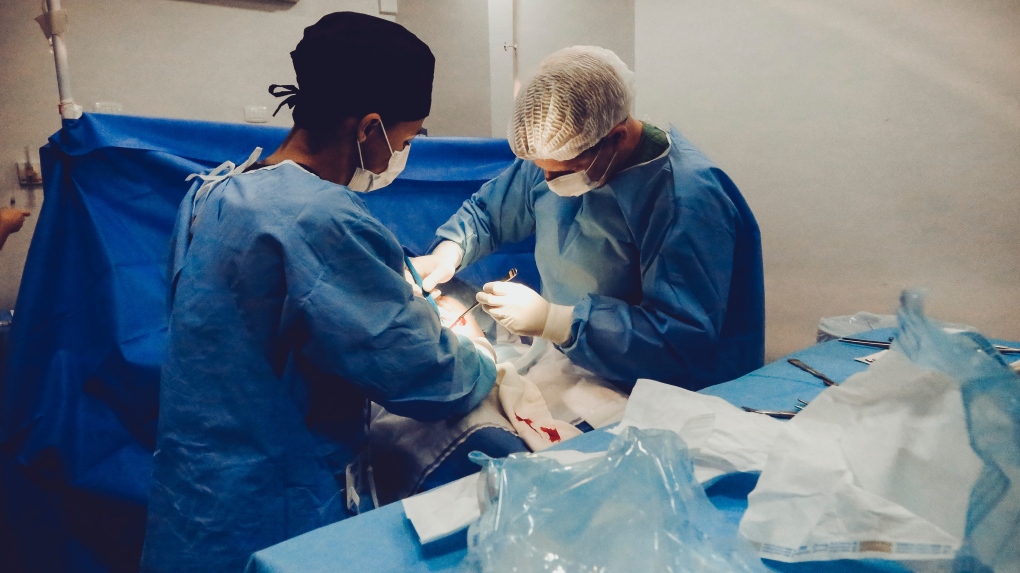 Delayed health care during pandemic may have led to thousands of excess deaths: study

Health-care restrictions brought on by the COVID-19 pandemic may have contributed to thousands of excess deaths not related to the virus, along with increased incidents of mental health disorders and substance use, and have put a strain on the Canadian health-care system, according to a study...

Let's go a bit further into the numbers. 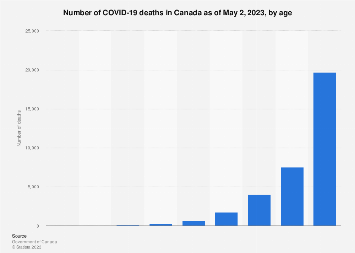 Using the examples of data released by Italy and the American CDC, we can safely remove 90% of that total as aside from being old, these individuals were some combination of fat, hypertensive, immunocompromised, and diabetic bringing us down to 355 (rounding up).

Already we see that ten times as many people died from medical neglect as from the murderous pathogen. But how many of the 355 were killed by faulty medical treatment including the fatal vent/remdesivir protocol, lack of feeding, and withholding of effective treatments? Now, how many of those remaining would have died of the flu and how much does this total differ from the number of people who die from the flu every single year? How many of those "deaths" were determined by diagnosing "flu-like" symptoms, fraudulent tests, or a combination of the two? How many actually died in vehicle crashes or by gunshot wounds?

At this point we have maybe 200 people (but almost certainly less, probably in the double digits) who were tragically cut down by the killer virus in a country of 38 million. If we go with the inflated number of 200, that's equivalent to .00052% of the population or 5 out of every million.

But there's more. According to the study there were over 6,000 opioid related deaths in 2020 - how many of those were a direct result of lockdowns and related policies? How many additional suicides, homicides, and overdoses from non-opioid drugs? How many health problems and life spans shortened as a result of stress generated by senseless policies? Oh and I almost forgot, how many killed by the poison injections used to treat the deadly virus that managed to hardly kill anyone? The article also states that anxiety and depression are up compared to pre-killer virus years. Even if you accept the phony number of 35,470 deaths (which is completely fabricated), you have a pretty large percentage of that number killed as a result of the response to the made-up pandemic.

So for a "deadly" disease that probably is only responsible for 100 or so deaths you suspend all your freedoms and require experimental medical treatments for people to participate in society, a treatment that has almost certainly killed more people than the disease it's purported to protect against.

It's the same in the US and everywhere else. If you adjust the number of injection deaths in VAERS for under-reporting (20,000 - multiply by 10x Harvard study, 20x Columbia study, 40x Kirsch analysis) and also adjust the number of deaths attributed to the killer virus in accordance with the admissions of the CDC (800,000 -> 8,000) you have somewhere between 25-100 or more times as many people taken out by the killer injections compared to the killer virus.

How's that for perspective?

Other Christian
Gold Member
Many mothers are very angry about the COVID restrictions on their children. This executive at Levi (jeans) apparently has given up on her career to speak out about it. I hope she has learned her lesson about voting for Democrats.

Yesterday I Was Levi’s Brand President. I Quit So I Could Be Free.

I turned down $1 million severance in exchange for my voice.

Up next - decree your opponents must be executed on the spot for any reason whatsoever but just claim public health as an excuse.

Other Christian
Today I got a stern reminder of why my sanity and blood pressure require that I never allow MSM filth to enter my conscious awareness. Yesterday someone linked to an article on NBC news hinting that our esteemed CDC would advise against the continued use of subjugation masks. I figured I'd look around to see what else this massive media conglomerate had to say about the killer virus. Big mistake. A deadly coronavirus, which causes respiratory illness and pneumonia, is spreading around the world.

At the time of this post, the main image shows a pregnant woman receiving an injection with the headline "Babies get Covid protection from mothers vaccinated during pregnancy, CDC says."

Others: "Mom who had a Covid 'miracle' baby has a message for pregnant women: get vaccinated" (I bet you didn't see that one coming).
"CDC finds Covid booster effectiveness wanes, but remains strong"

I then foolishly decided to read the article entitled "Do you still need a mask? Here's how the CDC determines if you should wear one."

Guess what! Everybody should wear one! This article contradicts everything yesterday's article said - yet another classic example of intentionally toying with the emotions of the helpless brainwashed masses.

Do you still need a mask? Here's how the CDC determines if you should wear one.

Though Covid cases and hospitalizations are falling fast in the U.S., two key metrics are still too high to ditch mask recommendations.

The best part is a graphic called "Should your county mask up?" This brilliant map has a legend with one entry - a red square which signifies "Counties where masks are recommended" and it's every single one of the 3,000+ counties in the US minus a handful of exceptions! Which is to say a red map of the US with a couple of tiny gray specks. Wow! Brilliant design there.

The article goes on to spew out the same hackneyed talking points that have been bludgeoned to death - overcrowded hospitals, new sub-variant of Moronic, premature to lift mitigation measures, "vaccinating the whole world," effectiveness of slave masks, and no propaganda communication would be complete without some incoherent equivocation from the demon doctor himself.

I respect any of you who can maintain some semblance of equanimity while subjecting yourselves to such offensive nonsense - you are stronger and more courageous than I. It took about 2 minutes until I reached the mental state portrayed in the GIF of Ron Swanson throwing the laptop in the dumpster. Never again!
M 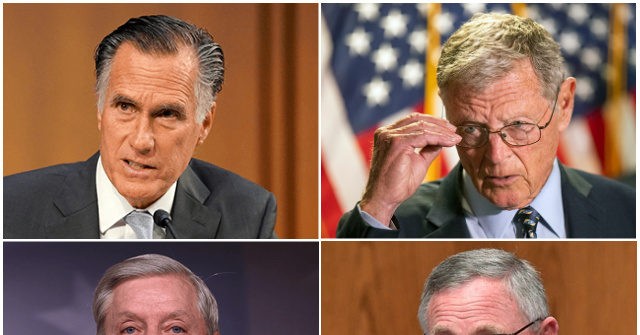 Four Senate Republicans failed to show up to vote on an amendment that would have defunded Joe Biden's remaining vaccine mandates.

Save those names so you don't vote in them anymore.
E