If it were a woman this would probably be national news.

According to the CDC's most recent statistics, men are raped at virtually the same rate as women.

A man walking through a Washington, D.C. neighborhood was kidnapped in broad daylight last Friday, forced into a van at gunpoint, and gang raped by a group of seven men.

Police say the man was walking on 14th Street in Columbia Heights around 8pm when he was confronted by a Hispanic man with a gun. The man forced him into a van, where he was sexually assaulted by a group of men who then drove their victim to another location to drop him off.

“It represents a change in what’s going on out here on the streets that we have a group of people who are specifically looking to target, kidnap and sexually assault men. That is a very, very profound event and it’s a change in what we’re used to investigating,” said Delroy Burton, President of the D.C. Police Union.

The crime was called “bold” and “profound” by insensitive Fox 5 reporter Emily Miller, who spent most of her segment insinuating that male-on-male rape is rare, near impossible and therefore a crazy concept.

In fact, male-on-male rape is more common than people like Miller may think. Thanks in part to her mocking insinuation that male rape is “profound,” a huge number of men who are raped do not report their attackers out of shame, or fear that they won’t be believed.

Burton put forth a similar archaic way of thinking, adding: “I think before men didn’t even think of the possibility — walking up and down the street — and had to be guarded like we teach women to be guarded, but now that is a possibility.”

According to the CDC’s most recent statistics, men are raped at virtually the same rate as women.

Alas, police have found a number of excuses to explain the rape, including “gang initiations, earlier jail activity and a new breed of sexual predators.”

In December, a similar sexual assault unfolded on the streets of D.C., when a man was forced into a van at gunpoint around 10am, gang raped, and dropped off at another location.

Police are looking for seven suspects — one is a Hispanic male in his 20s with short black curly hair, the other, a light-skinned man is between 17-19 and heavyset.
Click to expand...

That is quite unfortunate.
K

Gold Member
If someone tried to rape me I would just shoot them. Can D.C. residents walk around with guns?

A gang of poofs. I'd carry a gun if I lived in America.
P

If they get a permit. You have to show 'good cause' to get one. I think a copy of this article would qualify.

If they get a permit. You have to show 'good cause' to get one. I think a copy of this article would qualify.

I'd say psychopathic gay rapists is a good cause! Of course, in DC, it's almost impossible for an ordinary citizen to get a LTCF. I'm sure if you're a big shot politician or moneybags lobbyist, you'd have no problem! 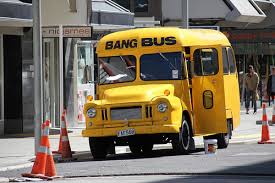 You know who else had gay rape gangs? Sodom and Gomorrah.

Gold Member
This is some real gangster shit. Dudes only do that when they get paid. Someone had it in for the victim big time.

Gold Member
And this is why I have a pistol and a knife on me at ALL times in public.
P

Yeah DC is an interesting microcosm regarding the constitution. The 2nd amendment is extremely clear: "shall not be infringed". Not even as tame as "allowed", but a crystal clear "not infringed". I.e. can't even go into the fringes of the right. And the DC, the actual seat of the federal government, where the federal constitution most applies, has been forever actively refusing to follow the constitution. At one point people couldn't even posses a firearm in their own homes, and have never been allowed to carry a weapon. So I guess "to keep and bear" actually means "cannot keep, and cannot bear". Who knew.

Naturally the monsters involved in this act have no interest in the law anyway, so they'll never be without a gun (as in this case). Only everyone else will be. And naturally, this doesn't bother the state in the slightest. The leftism-ridden state is after all, primarily in the business of doing evil.

Gold Member
I am with El Mech. This is someone targeting the victim. Why would any gay guy risk jail time to rape for sex when they could hit up a gay dating app or go to a gay bar and find a willing sex partner easily.

The alternative reality that there are groups of gay men roaming around in vans across America looking for straight men to rape is too unbelievably horrific.

Of course. Can they do it legally? Takes an act of god to qualify for a permit.

Damn man. I have no words. I have never heard about something quite like this. 7 guys kid napping and raping a dude?

Like a few others said. This has to be some group targeting this person.

Maybe some sort of fucked up gang initiation? Or payback for snitching or something.

It doesn't go into details, thankfully, but there is a big possibility that it wasn't actually non-consentual and forced homo-sex.

They might have raped the guy with objects, especially considering that they used the term sexual assault.
R

Homo-thugs have found a new niche.

Someone fucked you out some money? Stepped to your girl wrong? Maybe just looked at you wrong?

Homo-thugs have found a new niche.
Click to expand...

This has been going on for a long time I know for a fact these services are for hire as well as many others most are not aware of.

zombiejimmorrison said:
A gang of poofs. I'd carry a gun if I lived in America.
Click to expand...

Gold Member
Yeah, revenge rape of men is definitely a real thing that goes on.

But...knowing that, it's not that much of a stretch of the imagination to think some guys might do it just to do it. Maybe gang initiation, maybe hopped up on drugs and bored, maybe just because they're twisted fucks...who really knows. There's even the mistaken identity possibility, which happens with street justice a lot.

So don't know if there's enough evidence to assume they were after that victim for a reason.

Gold Member
And you'll still have fems being like: They'll find some way to hamster this away. I'd love to hear a response from them.

They talk about unreported rapes....I honestly think that MEN would be harder pressed to report a rape than a woman.
H

Yeah I don't think its hired rapists either. Just a bunch of downlow ex cons out reliving the glory days of prison showers in their buddies' van.