If Trump and the Right started pushing for:
- Forced and mandatory vaccinations.
- Mandatory microchipping for health status and banking.
- China style lockdowns indefinitely.
Mainstream media and the normie karens would revolt and turn on the idea rather quickly I think.

No they wouldn’t. They’d roll with it because the media would make sure Fauci gets credited with the policies.

Galaxy_Traveler said:
George Soros in turn is a fanatic ideologue, but at least there is some depth to him.
Click to expand...

This is pure speculation, but I think you have it backwards, Galaxy. Gates is smart but totally unwise, but I'd say unwise in the sense that his sense of moralism and being a do-gooder is the cherry on top of his ego, and yes, he still loves the profit thing (which I admit is odd at this point, too). The funny thing is that he's a total dork, still nerdy looking, not a good athlete, doesn't have some smoking hot wife = no one really wants to trade places with him.

As for Soros, his lack of wisdom is entirely different. My speculation is that he does know what he is doing. He is very well aware of his rebellion and his participation in chaos. Increasing money and power by trades or crashing economies is a constant means to do more. He's higher on the ladder than Gates, who might be somewhat aware of the pecking order, but just thinks its cool that he is doing the bidding of the greater elites (like a nerd would), as opposed to Soros who has much closer connections. Think Snoke vs. Kylo Ren. Soros does the real bidding and is effective, time and again. Gates is the annoying wannabe that overplayed his hand and watch, he'll get whacked somehow now.


Easy_C said:
I’m not sure Gates isn’t an ideologue. He was raised from birth surrounded by depopulation propaganda and seems to believe entirely in it.

The closest pop culture analogy I can make is Thanos. He seems to genuinely view himself as a savior, above the rest of us, and therefore justified to do whatever is necessary to save the world by reducing the population.
Click to expand...

I generally agree. Thanos didn't try too hard though, or ask others about things, he just did it. Gates does 2 hour town halls with lil' Greta.


kel said:
Personally, I prefer the "lower type" if I have to pick. Someone who just wants money or personal glory is much more comprehensible than someone who just actively wants to make the world inhuman, passionless, and cruel for the sake of it.
Click to expand...

Yup. As I said above, those types also tend to fall into more chaos, because they try to hard to be something they aren't. I'm sad to say Soros is, but his lack of wisdom shows in that he's running out of time on the earth to do anything good, or repent.
M

wow, now that I see his 'wife', I'm almost feeling sorry for him. She looks like a caveman.


It's clearly an inverted cross:

Gold Member
I've been connecting dots over the last two weeks and came to the conclusion that Poland will probably be made example in the region. The talmudic jews hate Poland since the Bolshevik war. The global warming advocates hate Poland because it's economy was rapidly growing still being reliant on coal. The 'Polish death camps' lie has been spread numerous times around the world. Why? Because if people outside Poland belive it they won't pity this nation when it's attacked by a hostile army.

The Economist cover from 2015 showed Putin as a member of the Satanists, amongst Merkel, Jinping and others. I'm more willing to trust that hidden info than the official theather conflict of Russia vs. West. Germany and Russia are making big deals with the pipe line like the Molotov-Ribbentrop Pact never ceased operation. It would still be a good place to start WW3 between Russia and the US. I'm absolutely sure that the talmudic jews have slated it for a not that distant future. In their plans Poland will become 'Rusoland'. For Putin it's a sweet deal to annex such big land. Why shouldn't he do it...

However, the most imminent threat for Poland is the 'rona second wave. Presidential elections are near and every candidate is bogus. Even Polish Confederate party are agents of the evil. It doesn't look like people electing their leader but a would-be leaders contesting for the prize of the most faithful masonic shill in the country. Bill Gates has apparently invested 4 billions in his operations in Poland. The 5G network has been switched on in the seven biggest cities. Minister of Health has declared weeks ago that everyone has to be vaccinated. American military made a permanent base here one or two years ago. I don't believe this is a coincidence. The government revealed their plans to track every citizen. The Satanists could make a killing in Poland.

I have solid grounds to believe this will be the case. I'd want to be optimistic but seeing how the game is rigged from top to bottom I don't have much to look forward to in this world. The country is too weak to resist this. I feel that the decision I make now will result in me living or not. History has taught me that waiting for another September '39 is not a good idea.
Last edited: May 20, 2020
K


It's clearly an inverted cross:

This just confirms everything, it's so hard to accept.

Bill Gates does control the WHO, he's given more than a billion dollars, and it's the WHO that is giving the guidelines on what to do. We are being directly lead by a false prophet.

He claims to know what the virus will do, what we should all do in response, and he claims to be able to bring the cure. He's acting like a biblical prohet, leading the entire world against a plague.
Last edited: May 21, 2020
I

Since when do Americans take medical advice from a computer nerd who hasn't stepped foot in medical school?

ItalianStallion9 said:
Since when do Americans take medical advice from a computer nerd who hasn't stepped foot in medical school?
Click to expand... 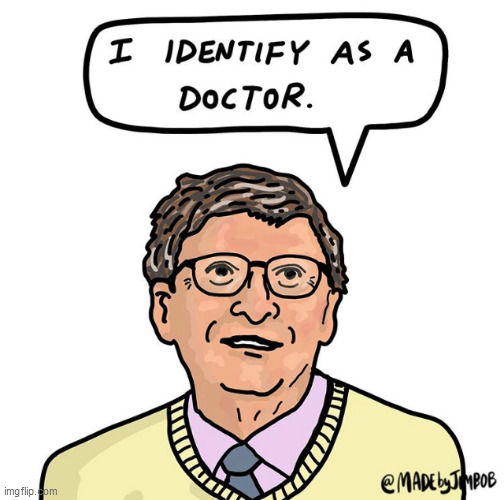 Ehh, what does being a doctor mean anymore, though? The rot of credentialism and politics is everywhere.

It's not his lack of medical degree that makes me distrust Bill Gates on this matter.

No but those memes are good for dealing with normies who worship credentials.

Mountaineer said:
Corbett is putting fantastic content here. The moment I heard about this "Darkest Winter" the timeline has fallen into place. It's reasonable to expect and prepare for a replay next winter then. Kill Gates said himself that next virus "could" be a terrorist attack. Maybe something propagating on surfaces to kill off cash, who knows. It looks like this first wave is testing the waters after all, to reveal obstacles, unsuitable people who bring up truth stink, to tweak and debug their game. It looks optimistic now but we may face a very unpleasant end of the year if we don't push this back further than deemed necessary during the summer.

Agreed. I've watched the first two of the series and it's been pretty eye opening. Surprised that it hasn't been removed from YouTube yet.

I didn't see it posted in this thread yet, but here is the second from his current series on Gill Bates:

That's not him in the video, but these ideas exist, and it confirms that vaccines that modify DNA and thus potentially behavior are in the works.

The field of DNA vaccination is developing rapidly. Vaccines currently being developed use not only DNA, but also include adjuncts that assist DNA to enter cells, target it towards specific cells, or that may act as adjuvants in stimulating or directing the immune response. Ultimately, the distinction between a sophisticated DNA vaccine and a simple viral vector may not be clear. Many aspects of the immune response generated by DNA vaccines are not understood. However, this has not impeded significant progress towards the use of this type of vaccine in humans, and clinical trials have begun.

Gold Member
This confirmed my suspicion when I tried to access The Last American Vagabond website yesterday and this morning. I could tell the website was under attack due to a database-related error and connection issue (i.e., hanging).

The media is trying to do damage control now since they realize people are waking up. 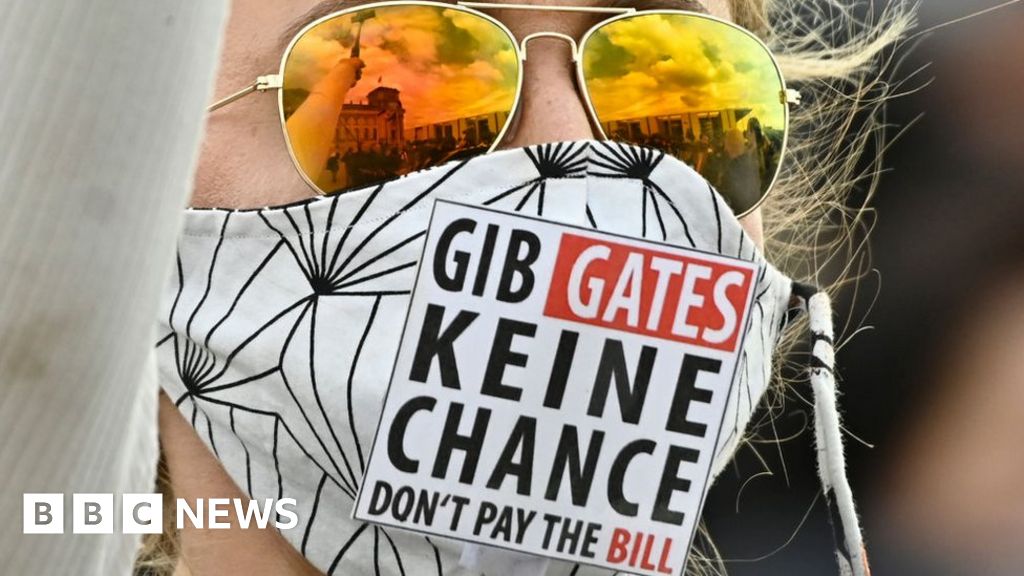 Fact-checking vaccine claims - including ones about the ex-Microsoft boss and a dubious cow-dung trial. 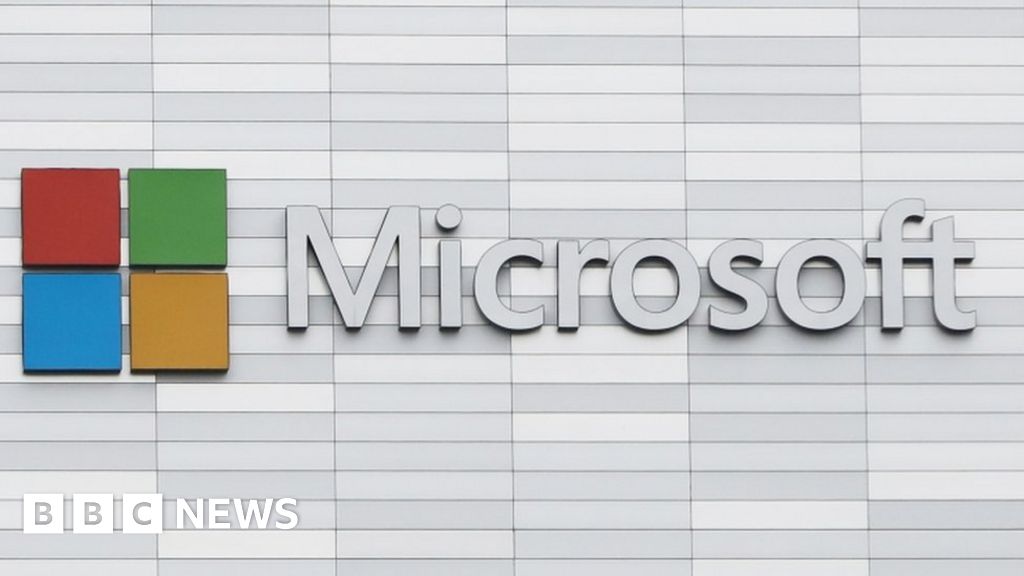 Microsoft 'to replace journalists with robots'

Dozens working on the MSN site look set to be replaced by AI, media reports say.

Forester said:
Agreed. I've watched the first two of the series and it's been pretty eye opening. Surprised that it hasn't been removed from YouTube yet.

I didn't see it posted in this thread yet, but here is the second from his current series on Gill Bates:

Corbett's documentaries on 9/11, The Rockefellers/Big Oil, the Fed are absolute must sees. 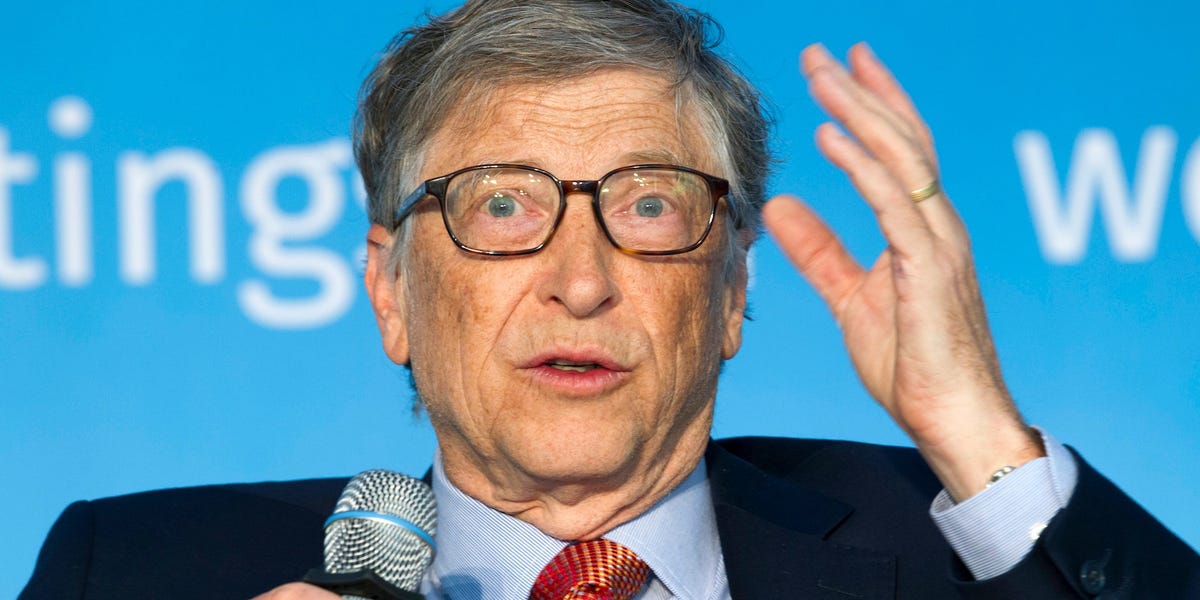 Gates said that while it was "concerning" that some Americans believe the misinformation, that hasn't "held up" global funding for a COVID-19 vaccine.

www.businessinsider.com
"I've never been involved any sort of microchip-type thing,"