Bury Zenek said:
Sorry to interrupt guys but this is a thread about Bill, please don't turn it into a phone talk. Maybe we should make a digital security thread if needed.
Click to expand...

You're right, sorry about that.
W

Microsoft has patented a body chip crypto currency device and the patent number is W02020060606.

Final numbers of the patent number: 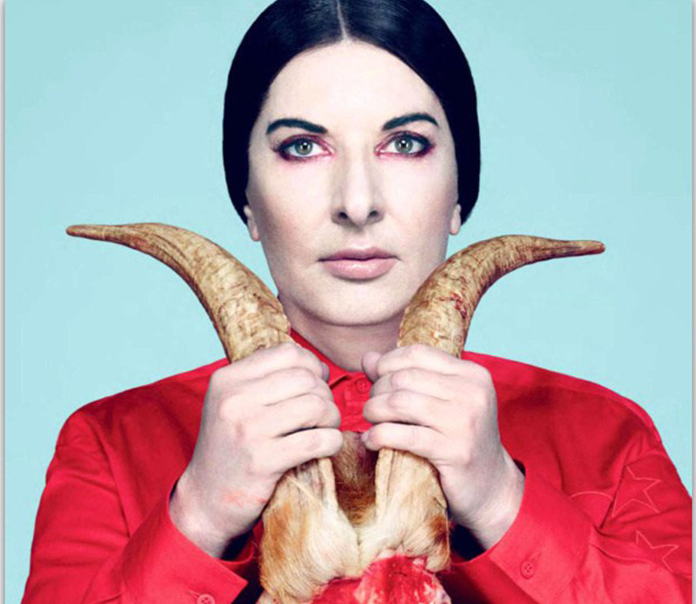 Microsoft nixed a commercial featuring Marina Abramović after a bogus conspiracy theory surfaced that the performance artist was involved with Satanism.

Abramovic had been featured in the advertisement for a Microsoft headset called the Hololens 2 — which allows the user to see digital imagery with the outside world.

In the spot, the artist discussed her new mixed reality project and interviewed the CEO of Christie’s auction house.

“I believe that art of the future is art without objects,” says Abramović in the now-deleted YouTube clip.

“This is just pure transmission of energy between the viewer and the artist. To me, mixed reality is this answer.”

The ad, however, garnered 24,000 dislikes amid an online outcry over alleged Satanism, reported first by Artnet.
Click to expand...

That woman really creeps me out.

Gold Member
Kenya and Malawi, test areas for a vaccination card injected under the skin

Engineers from the Massachusetts Institute of Technology (MIT) have invented injectable nanoparticles under the skin that emit fluorescent light invisible to the naked eye but visible by a smartphone, and which could one day be used to confirm that the person has been vaccinated .

The Gates Foundation, which is funding the project, has also launched opinion polls in Kenya, Malawi and Bangladesh to determine whether people will be ready to adopt these microscopic quantum dots, or prefer to stick to old vaccination cards.

The idea is to write proof of the vaccine on the body itself, in developing countries where paper vaccination cards are often wrong or incomplete, and where electronic medical records do not exist.

The system, described Wednesday in the journal Science Translational Medicine , has so far been tested only on rats but the researchers, funded by the Bill and Melinda Gates Foundation (partner of Monde Afrique ), hope to test them on humans in Africa in the next two years, co-author Ana Jaklenec, biomedical engineer at MIT, told AFP.

Engineers have spent a great deal of time finding components that are safe for the body, stable and capable of lasting for several years.

The final recipe is composed of copper-based nanocrystals, called quantum dots , 3.7 nanometers (nm) in diameter, and encapsulated in microparticles of 16 micrometers (μm, 1 μm equal one millionth of a meter, and 1 nm equals one billionth). The whole is injected by a patch of micro-needles 1.5 mm in length.

After being applied to the skin for two minutes, the micro-needles dissolve and leave small dots under the skin, distributed for example in the form of a circle or a cross. These small dots are excited by a part of the light spectrum invisible to us, close to infrared.

A modified smartphone, pointed at the skin, makes the circle or the cross appear fluorescent on the screen. Researchers would like to see the measles vaccine injected with these little dots. A doctor could years later point to a smartphone to check if the person has been vaccinated.

The technique is said to be more durable than indelible felt marking, for which the researchers simulated five years of sun exposure. And it requires less technology than an iris scan or the maintenance of medical databases.

The limit of the concept is that the technique will be useful for identifying unvaccinated children only if it becomes the exclusive tool. Also, will people accept multiple markings under the skin for each vaccine? And what will happen to the points when the children's bodies grow?

The Gates Foundation is continuing the project and funding opinion polls in Kenya, Malawi and Bangladesh to determine whether people will be ready to adopt these microscopic quantum dots, or prefer to stick to old vaccination cards
Click to expand...

And for all the Chemtrails/Geoengineering non-believers, pay attention to 6:35
Click to expand... 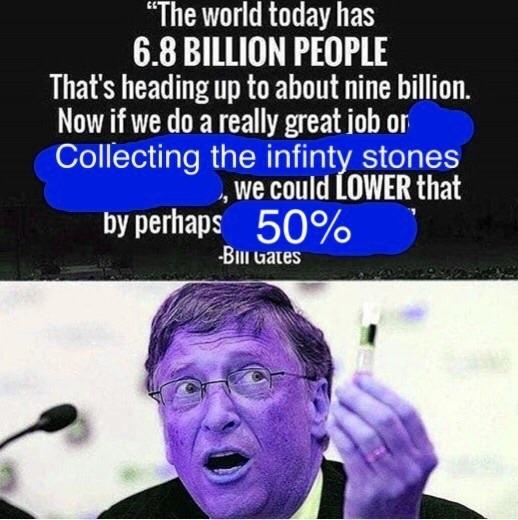 How time consuming is it to switch to Linux? I'm generally technically savvy, run both Windows + Apple setups.

I've noticed a major tendency for Windows machines to wake themselves up on their own. Tried many things, no fixes. Very eery with this new context about Gates.
M

Gold Member
Not particularly difficult, just depends on what you use your computer for. There is already a thread on it.

It's easy to switch to Linux for work purposes. Gaming, graphics and video, probably not as easy.

If you're a typical office worker, then I'd just get Google Suite, and work entirely from my browser. Then you have the privacy issues with Google, but honestly, I trust them more than Gates. Out of the tech companies, I trust Apple above Google above Microsoft above Facebook.

Gold Member
Ok, someone tell me if they think this is legit. It's a patent filed by Microsoft, patent number WO2020060606...

It's for a biometric cryptocurrency. Seems like mining is accomplished by body activity (think, using humans as an energy source like the matrix :-/). Only news outlets I could find talking about this are ones dealing with crypto:

Gold Member
I suspect it may be the thing that will combine money with skin vaccine chip.

Russian tennis legend Marat Safin has suggested the coronavirus pandemic could be a pretext for the mass implanting of microchips into humans, as the former world number one gave an unexpected take on the crisis.
“I think they are preparing people for 'chipization' [chip implants]," Safin, 40, said in an Instagram chat with Russian outlet Sports.ru.

“Back in 2015, Bill Gates said we’ll have a pandemic, that the next enemy is a virus, not a nuclear war.

“They did a simulation at the Davos [economic] forum of what it would be like. I don’t think Bill Gates is a predictor, he just knew.

“I think with this virus the situation isn’t like what we’re being told, but people believe it all, the horror stories on TV.

“Some people believe civilization will end, I don’t believe that. We’ll just be going around with chips soon," Safin added, continuing his unorthodox take on the current crisis."
In a further twist, the two-time Grand Slam winner even suggested there were shady forces at work that may be behind recent events.

“They’ve put the whole world [in lockdown] at home, so everything works," said Safin.

“I think there are guys even bigger than world leaders who are the real masters of money, the masters of the world, they can turn things around easily.

“Call it a shadow government, call it whatever you like. I think we don't even know they exist.

“The Rothschilds and the Rockefellers are well-known names, but someone else is behind them.”

Troller said:
“The Rothschilds and the Rockefellers are well-known names, but someone else is behind them.”
Click to expand...

That "someone" is Satan basically.

Gold Member
Satan is at the very top, they're basically openly admitting that.

What do people here make of the theory that the Payseurs are the real shadow masters on the physical (human) plane, above the Rothschilds and the Rockefellers?

Gold Member
There is a a White House petition - We Call For Investigations Into The "Bill & Melinda Gates Foundation" For Medical Malpractice & Crimes Against Humanity - with over 300,000 signatures since April 10.

As we look at events surrounding the "COVID-19 pandemic," various questions remain unanswered. On Oct. 18th of 2019, only weeks prior to ground zero being declared in Wuhan, China, two major events took place. One is "Event 201," the other is the "Military World Games," held in none other than Wuhan. Since then a worldwide push for vaccines & biometric tracking has been initiated.

At the forefront of this is Bill Gates, who has publicly stated his interest in "reducing population growth" by 10-15%, by means of vaccination. Gates, UNICEF & WHO have already been credibly accused of intentionally sterilizing Kenyan children through the use of a hidden HCG antigen in tetanus vaccines.

Congress & all other governing bodies are derelict in duty until a thorough and public inquiry is complete.
Click to expand...

There is also another petition - Stop ID2020. Investigate bill gates assets , stocks , and companies - with over 30,000 signatures.