Demolishing some brick walls, want to save the bricks, looking for tips

Pretty much what it says on the can. No experience doing this. The bog standard Internet advice on recovering or salvaging bricks from already-built walls, with the intent of reusing them, seems to come down to

(1) Get a cold chisel and a hammer, be careful how you tap, and be prepared for a learning curve made up of broken bricks to start with, then clean off the remaining mortar either with some sort of HCl acid solution or a brick cleaning machine; or

(2) Get a cheapass angle grinder, stick a diamond-dust or stone disc on it, and grind the motherfuckers out.

Was wondering if anyone had any experience or better tips to offer on this one, any techniques that work better for getting the stuff out. I've got a bolster and a hammer and I'd planned to just start at the top of the walls I want to break down and work one row after the next, but if you think there's a better way to do it I'd love to hear it.

The bricks themselves would have to be a good thirty to forty years old, as well as the mortar. I hear older mortars were softer than modern, but does any of that have any bearing on the advice as well?

I've never done it, but it seems like if you took a cold chisel that was wide, and aimed it at the mortar between the bricks, they'd break up pretty easily.

If you're willing to splurge on a tool rental, if you don't already have one, a handy impact or similar high-power drill like this one, plus in usage with the chisel, would make quick work of it:


I have broken up kitchen grout before. Makes a hell of a mess. Make sure you have a respirator and some clothes you don't mind destroying!

Gold Member
Do you know what kind of brick?

Are the walls brick through and through or is the brick a veneer over something else such as block?

Can you "tip" sections over? (Like onto a lawn)
M

Gold Member
Hammer and chisel will probably be the most effective way, though time consuming.
S

Last summer my father and I demolished two big brick chimneys and two walls of storage room inside the house. We got shitload of bricks from that. We didn't use chisel to remove mortar but we simply put thick leather gloves on and hammered bricks one to each other or on some hard surface. Mortar removes itself easily. I think you can try that or use the chisel method.

Gold Member
I would probably destroy several power/petrol tools in the process of finding out.

First on the list would be a jigsaw. After that I would file the fuck out of the depth gauge on an old chain of an old chainsaw.

I mean, that way you're cutting out the bricks and cleaning off the mortar at the same time, right?

PapayaTapper said:
Do you know what kind of brick?

Are the walls brick through and through or is the brick a veneer over something else such as block?

It's a straight one-brick-thick wall, an exterior nib wall basically. That and a brick flowerbed,.but that's probably just single brick from what I can tell. Far as I can tell the bricks are ordinary clay, they're not concrete. Definitely not a veneer. They have I think two or three circled-shaped voids through their centres.

I can't really tip sections over because of where the walls are, it'll be a case of going row by row I guess, but I'm wondering if there's any little tricks to it to try and get a maximum number of bricks survive - tapping the brick to loosen it or something, anything like that?

Gold Member
Any impact on the brick itself if going to leave you crying, I'm afraid. I'm now recalling some memories I'd blacked out after trying something similar. The few bricks I saved were later destroyed when trying to remove the mortar.

I think a saw of some kind would be best since it will rid you of much of the mortar at the same time, but it might work much better if you pair it with a garden hose and wet it down while you cut it. Personally I'm thinking a jab saw or even a crescent pruning saw. How far you'd get before it was toast would probably depend highly on how grainy the mortar was.

Gold Member
Masonry walls by design are very very strong under compression (vertical static loads) Thats why they can be stacked very high. Simultaneously the mortar joints are really weak under lateral tension (think destruction during earthquakes of masonry construction) You want to exploit that weakness

1. Lay a piece of plywood (or several) on the ground if you need to protect that surface

2 . Rent a small rotary hammer similar to this 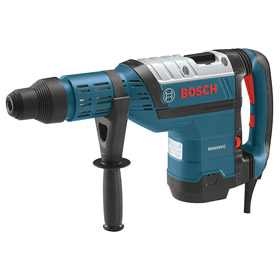 3 Use it to "cut" a vertical line full height of the wall. You want to remove a full vertical stack (if its a subway stack the ends will alternate so that they line up in the center of the brick above and below ) You will have to sacrifice some bricks. Be careful to check stability of the wall from time to time as you come down

4. Once you have your cut out the mortar joints of the bricks adjacent to the cut should be relatively weak. Using the biggest rubber mallet you can find you should be able to knock bricks out quickly and easily starting from the top.

How much mortar sticks to the brick will depend on the original composition and how its seasoned. That's going to be the most time consuming

If you pm me pics of the wall Id be glad to assess the situation and see if theres any other tips I can share (30+ years of residential and commercial design, engineering and development experience at your disposal :wink

A single skin brick wall will basically fall over when the sides and top are taken out. If you just built a brick wall in your garden not tied in to anything you could just push it over.

If the motar is weak you can just deconstruct a wall bricky by brick. If not they will come apart a few bricks at a time.

Taking it down is usually the easy part. The way to reuse bricks is to clean them by hand with a brick hammer which is specially designed for renoving motar from bricks.

Like i say removing a badly built wall from a hundred years ago is a lot different to taking one down that's been built with a decent mix. But all walls are pretty weak if you work topn down. Mortar isn't a glue.

Edit - sorry i didn't read the post above. You can also cut the wall with something like a stihl saw if it's safe to do so. 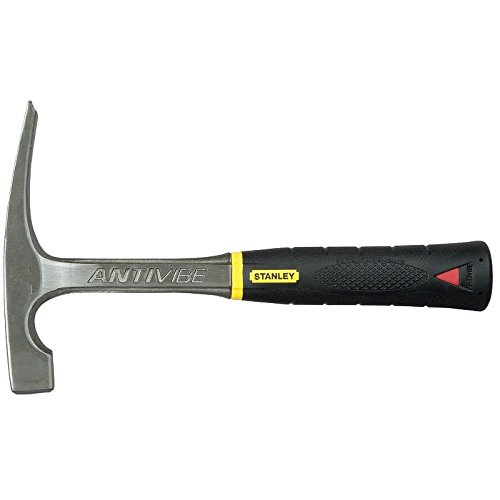 With regard to cleaning bricks. The older and crappier the mortar the easier it really is. Up to the point it's so soft it isn't brittle. I.e ancient, wet lime mortar. Which assuming you're in the usa you don't have to worry about. 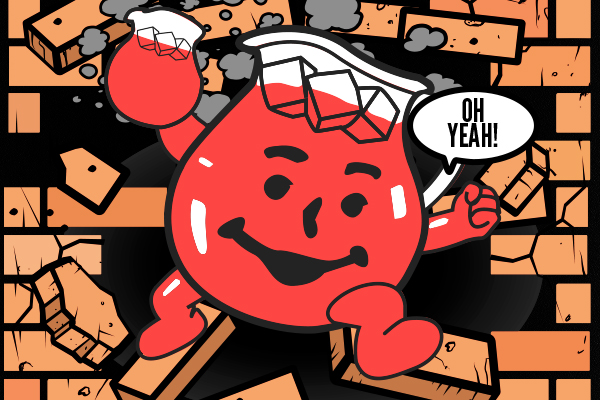 PapayaTapper said:
If you pm me pics of the wall Id be glad to assess the situation and see if theres any other tips I can share (30+ years of residential and commercial design, engineering and development experience at your disposal :wink
Click to expand...

^ 5+ years of winging bullshit around the house. This sounds like the way I'd try to do it, too, after watching a video of someone removing bricks with a chisel and realizing it takes three minutes to remove one.
M

Gold Member
If the mortar isn't too strong I use Arbotech AS170. Hook it up to the vacuum, fun / good to use and lots less dust than a grinder. Can hire them and the vacuum. I sometimes use it without the vacuum. www.arbortechtools.com
P

Gold Member
Thanks for all the advice, fellas, thought I'd check back in and let you know how it went...

The wall came down pretty easily, probably because the mortar wasn't really properly done to start with - at least on the nib wall. Attacked it from the edge, tapped out with a bolster along the bottom right hand of the brick to give it some levering force against the bricks to the left. Came off easier than I'd been expecting, I only lost about 5 bricks out of about 80-odd. The garden bed walls were a different story: double brick, for a start. Those motherfuckers were built to withstand a nuclear assault. Still working on them, but I'm about 40 bricks off from the target I want to hit and I reckon I'll get there pretty much in hand.

Anyway, getting the mortar off I luckily had some help from a couple of family/friends. Once I'd knocked the bricks out of the wall, they got most of the mortar off with a straight old hammer and chisel approach, and from there I used a brick cleaning machine to try and knock it right back to the face of the brick. It had a couple of chisel attachments to grind back the mortar into the voids (though I still vibrated about 3 bricks in half doing that). I got it back to pretty smooth on the original brick, but Christ it was a bugger of a job even with the machine. Don't believe everything demonstration videos tell you about brick cleaning machines, they'll shear off plaster and very light mortar pretty easily while your blades are still sharp, but anything more substantial and you really are better off just with a chisel and aiming your strike carefully. Main thing the brick cleaner was good at was getting fairly thin bits of mortar you couldn't take off with a chisel without doing the brick in.

And it was fun to be able to sing the Anvil Chorus out in the open and swing the hammer in time to the beat.


Told a tradie about my exploits a few days later. He grinned and said if he was going to do something like that he'd go hire a brick saw for a day and just cut along the line of the brick. Apparently that's usually good enough to bind to.
S

If you're reusing them for something that needs to look really nice consider cleaning the bricks with muratic acid. If you do, be sure to look up proper instructions and do everything you can for safety, the stuff is dangerous and under no circumstances do you want to get even a drop on your skin.

Is this another brick in the wall?