Other Christian
I found this interesting. Why do foreigners move to Europe and the USA with Caucasian majorities and then complain about too much whiteness? Why doesn't the same thing happen in non-white majority nations (such as moving to Nigeria and complaining about too much black focus in museums there)? In my opinion, this is a very racist statement and also quite confusing.

What is your opinion? Do you agree with these artists that Denmark must try to reduce the amount of art by white artists to please foreigners and show they are tolerant? If so, what percent of non-white art should museums have to make them satisfied? 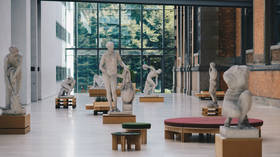 The Skulpturgaden, or Sculpture Street, at the Statens Museum for Kunst (SMK) in Copenhagen, Denmark. © Statens Museum for Kunst
The non-Danish-origin artists who participated in a Danish Radio (DR) documentary titled ‘Rebellion at the Academy’ this week slammed both the management and the artists who exhibit at these museums, noting how even the walls in such institutes are white.
“We only get one story told. We get a story of white men about white men for white men,” artist Ihsan Ihsan, a student of the Royal Danish Academy of Fine Arts, complained to the channel. He added that, in his view, some of those in charge needed to “relinquish their positions of power.”
Ihsan’s comments were supported by fellow artist Dina El Kaisy Friemuth, who graduated from the same academy. She told the channel how, “as a brown person, it feels strange to go into these white institutions, where everything is white.”

“And I don’t just mean that the people who work there are white. Everything is white. Even their walls.”
Click to expand...

Meanwhile, the Organization of Danish Museums (ODM), which represents 170 of the country’s museums and conservation centers, conceded that the artists had raised a “relevant issue.”
READ MORE 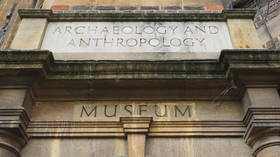 ‘World class joke’: Cambridge university museum to install signage explaining ‘whiteness’ of Greek & Roman plaster-cast sculptures
“The existing power structures, which can help to promote a limited art expression ... we cannot say we are free from it. And even though many places are working with the problem, we are not on target yet,” ODM Director Nils Jensen said.
While the organization apparently encourages member museums to promote diversity-related initiatives, Jensen noted that the “responsibility for a specific exhibition and programme planning lies with the museums themselves.”
Nonetheless, the artists’ concerns prompted ridicule online, with Danish social media users countering that such criticisms themselves were “racist” and out of place in a country that is predominantly white. One person slammed DR on Facebook for promoting a “ridiculous wokeness on steroids” agenda.
“I missed the bit where the criticism becomes more concrete – which Danish museums are specifically for whites?” tweetedBerlingske journalist Troels Heeger.
E

Other Christian
Leftist whites love this stuff. They get to attack more successful whites, and at the same time appear virtuous and caring to minorities and other low IQ whites. These white saviors envision themselves replacing successful whites in positions of power, and tossing leftovers to their beloved minorities, while they proceed to pillage the existing wealth of the white capitalists they toppled.

I think deep down, many middle and lower class whites have a sort of resentment that they exist in the same economic hierachy as minorities they view as less intelligent.

Protestant
I don't think it will lead to something extreme like here in America where the statues of generals and presidents have been removed. Denmark is moving away from Sweden as it's sending migrants home now.

Orthodox
I dunno why people get excited by this stuff still. Its just standard demoralisation tactics. Soon theyll be a doc of King Cnute with a Sudanese actor playing a lord in his court, then few years later their version of Idris Elba will be Hans Christian Anderson in a tv drama. All just there to entitle the low iq gollem population, and gaslight, bamboozle and antagonise the white normies.
Share:
Twitter Email Share Link
Top