Lots of dissapointed dindus out there that wanted an excuse to burn, loot, and murder. Gotta put those gibs on hold for those nike sneakers and dollar tree snacks.

EndlessGravity said:
Can anyone recommend a good book or blog analyzing how bad it is there and what could be done differently in South Africa if one were living there?
Click to expand...

The lie of apartheid and other true stories from Southern Africa by Arthur Kemp, is a great one. 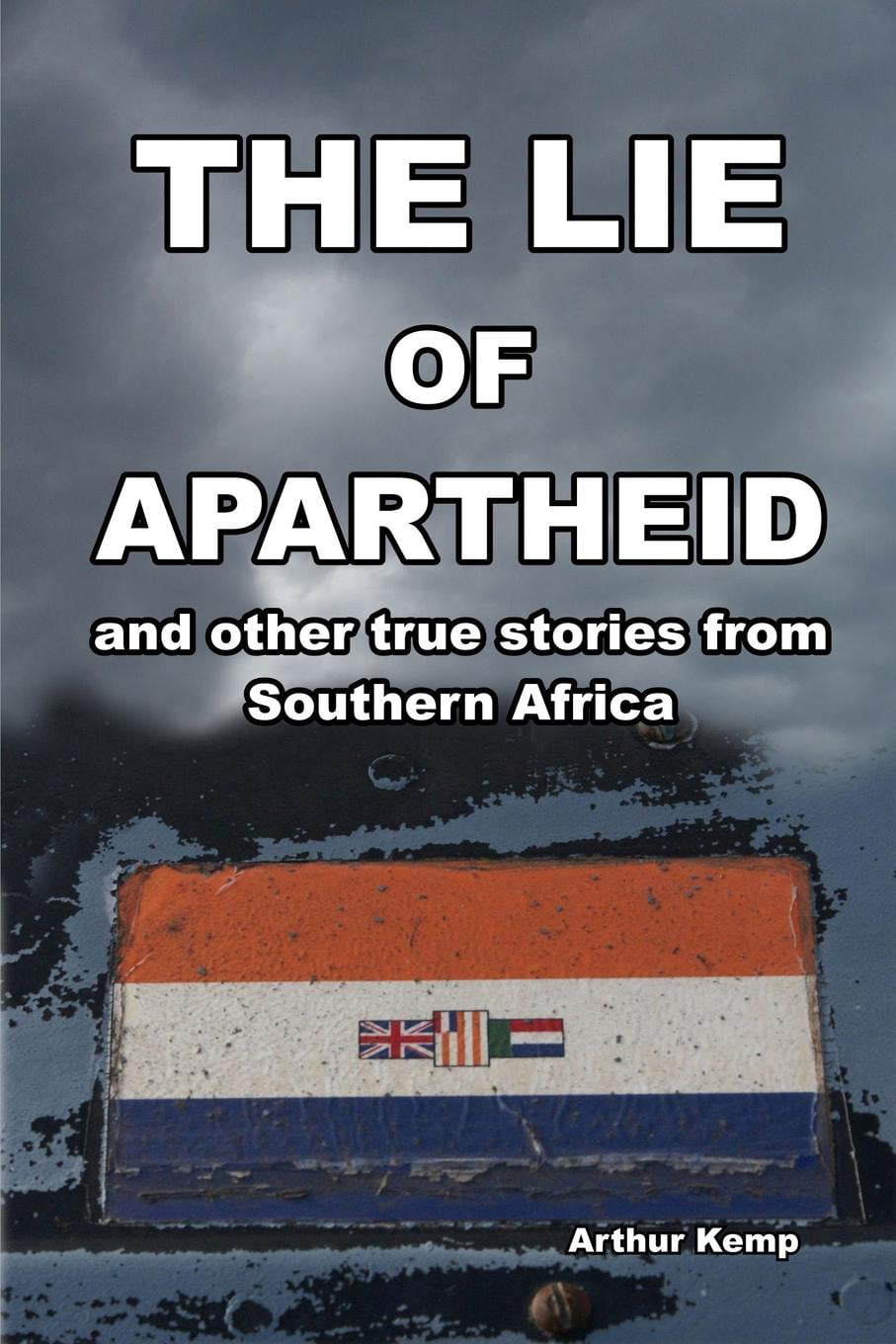 The Lie of Apartheid (Paperback) - Walmart.com

Buy The Lie of Apartheid (Paperback) at Walmart.com
www.walmart.com 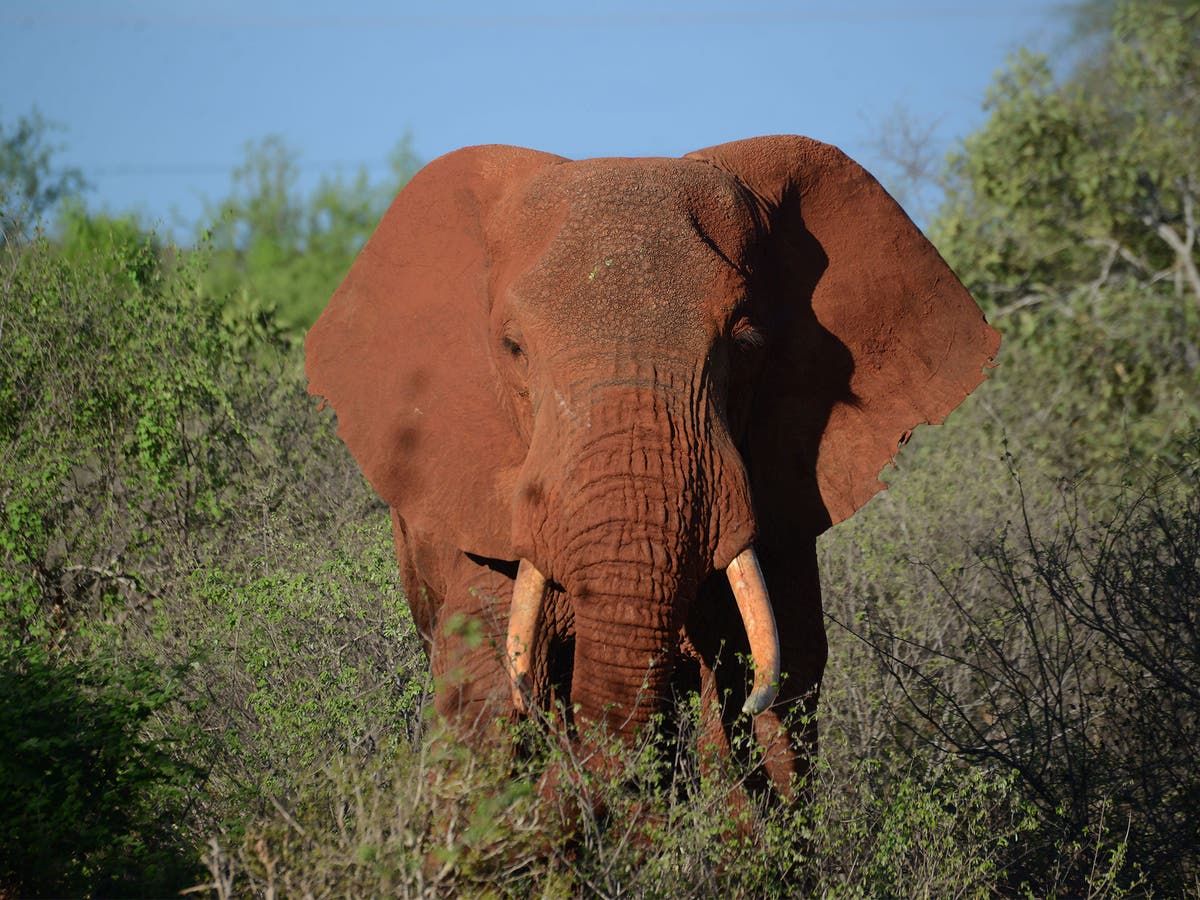 Kenya..
In spring 1994 there was a shooting near where I was staying in central Nairobi where an armed robbery gone wrong gang all got shot dead in the middle of the street.
According to many witnesses the last wounded victim lying in the middle of the road junction was approached by the officer who then turned him over with his foot until he was facing upward, still breathing, and then the officer emptied his gun into him. Very theatrical.

Similarities and differences I would say..

Interesting experience having to have soldiers as armed guards on public buses there when entering bandit country, which was a lot of the country at that time, reading about the violence in Naivasha at the time, talking to young women whose relatives who had just been killed by the government in that region, having armed soldiers turf me out of public transport so they could board it with their loot and, in commandeering it, thus escape pursuing armed locals. Went up to Lamu which was just rebuilding after fires and shootouts with local cops.

I went up to places like Lodwar that was filling up with Somali refugees like Ilhan Omar at that time (we missed each other unfortunately) and it was eye opening to read the front pages of CNN like newspapers parroting "the thoughts of President Daniel Arap Moi" uncritically each day while Masai and Kikuyu and Kalenjin were carrying out govt. or politician backed murders of each other left and right.

Apparently Jomo Kenyatta had picked Moi as his successor because he saw him as "dumb and malleable".
Plus ca change, eh?

Catholic
Gold Member
This verdict is a total disgrace and represents one of the final few blaring alarms for the remaining normal Americans to wake up, get out of the big cities and organize mass secession movements before it's too late.

I would understand a few years for manslaughter caused by recklessly applying the official guidelines without due diligence taken to assess the situation and be more gentle with Floyd, but this is a complete travesty.

Not a single word regarding intent, malice or the desire to inflict harm willfully was mentioned at the trial, yet Chauvin was found guilty of intentionally murdering Floyd because supposedly he disliked his skin color and decided to kill him right there and then.

It's like a government bill regarding regulations on chicken feed that's read in Congress for three days and causing a limited debate regarding poultry, but what is actually written on the paper that's going to be approved is a $15 trillion military spending package that has nothing to do with chicken feed.

Remember, not one word was mentioned at the trial about Chauvin's supposed intent to kill Floyd. It wasn't even implied, yet they sentenced him for that!

The rioting, looting and burning will never stop. The police will keep getting hollowed out, muzzled and replaced with SJW regime thugs. The BLM is now well-established as the deep state's official paramilitary force, to be used to terrorize citizens and kill political dissidents, and it's too valuable for the establishment to ever dissolve.

It will keep getting worse and worse.

All Americans need to realize they live in an occupied country and start acting accordingly.
Last edited: April 21, 2021

Handsome Creepy Eel said:
I could change my name to HandsomeCEelmann if it helps
Click to expand...

With that name half of the board will assume you are part of the Tribe.
T

The need for a military and police force is as strong as ever from the establishment's perspective, it's just the people within them to be reformed and replaced.
Click to expand...

It will be interesting to see how quickly that effect unfolds. The military is a lot more transitory than most people think. One on hand you have your career enlisted and officers, which is a longer-term game, but, they've infiltrated these ranks anyway. For the majority of military members they stay for their 4 years and get out. So, most of the military comes and goes every 4 years.

When I was in the Marines, which was nearly 20 years ago, I saw all social projects taking shape. Certain minority groups got preferential treatment. I'm sure its only gotten worse, but, if it was bad when I was in I shutter to think how silly it is today.

I can see why these morons would want to replace the police with "their own people" because the "community" will be able to exploit this new organization i.e. rampant crime. But, to have our national military turned into this sort of thing is foolish, because, you'll have a bunch of diversity hires and not a bunch of competent men. That matters greatly and no matter how superior our technology or our, for instance, F 35 might be its not going to matter if the pilot is 8 months pregnant and has cramps...a condition that is utterly unsuitable for pulling G's. But worse still, the engine will probably be installed backwards because the diversity hires who maintain the aircraft are just as unsuitable for that position too.

As I was growing up, my local Catholic church had some Priests from Ghana and Kenya.

Most people complained (understandably) that they could not understand their English during the homily. I strained my young mind to cut through the language barrier, and once I listened for long enough I could get to the points they were trying to make. These ended up being some fantastic homilies. For lack of a better word, they were pretty based.

There are many good God-fearing men in Africa, even with the problems surrounding them there. Maybe we can learn something from them as the situation here gets worse for Christians.

The jury was supposed to be "sequestered." How many of them you wanna bet were using their smartphones to see what was going on?

Transsimian said:
It was such a mistrial HandsomeCreepyEel is starting to sound like LeonardDNeubacher
Click to expand...

Other Christian
Why is anyone here surprised? Did you really expect anything different?

I have to laugh at the "Black" community, their influence is waxing. Everyone is going hate Black people, after this sorts itself out (Chauvin's case is FAR from over).

I think the BLM movement is to get whites to support amnesty for illegal hispanics. Think about it. On one hand, you have a group of people who bitch and moan about shit that happened one hundred some years ago, a group that constantly is using shame/guilt tactics to extort money from another group ("whites"), while another group (hispanics) kind of does this, but not nearly at the level and voracity that blacks do.

I think after all is said and done, an amnesty bill will be passed and have the support of whites across the board here in America, if for nothing else to spite the black community for all of the above.

In a few months, expect whites to take a page from the Zionists..

Catholic
I tried to avoid this trial, but the little that I caught (being displayed in hotel lobby televisions) I noticed that the prosecutor and his arguments were repeatedly shown (as opposed to Chauvin's defense). So it's typical of recent topics (such as Corona virus and the vaccine) where there is only one side to the argument - the oligarch.

National Fraternal Order of Police: "The trial was fair and due process was served."​ 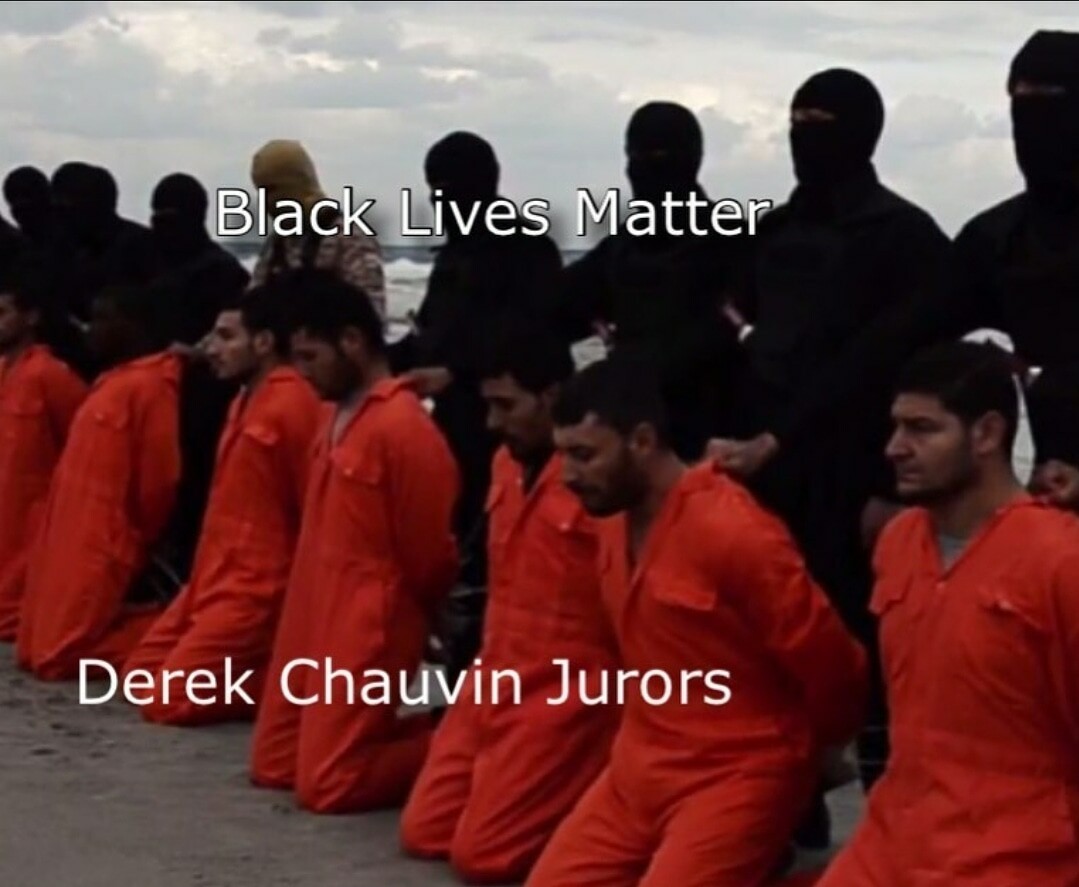