younggun said:
Weird problem I have, wondering if anyone else has experienced this

hoping I can get Lasik as soon as I'm insured or at least have some steady income.

I hope you didn't get around to get lasik yet;
if not, before you get it, please read the attached.
sorry for repeating the warning, guys, but it's driving some people to suicide.
http://www.lasikcomplications.com/suicide.htm

Ya'll wanna know the worst part of banging out a random h... Mademoiselle? So you're at a party, you're chillin' with the boys, talking bullshit, next minute you pussy radar starts to beep and Rush be like:

Oh shit, that girls shootin' the fuck me eyes [Probably not literally, but they ain't sayin' fuck off] - So you stroll up, do your thing, next minute you've ordered a cab.

You've pulled the girl and suddenly the party has a time limit. You look at your the boys and they're like: Where you going? You look at the girl, and suddenly start to think... "Is this worth it?"

You pull the trigger, get in the taxi with the girl, go to her place and bang her. Once it's done, it's 3am in the morning, you're on the street waiting for your uber and you're like:

"I would have much rather stayed with the boys and talked shit". Now it's 3am, I'm on the side of the road, waiting for an Uber, writing a post on Roosh with this song playing in my head.

DesertHawk said:
Hi guys. This is my first post in this thread. I am planning on drinking alcohol the first time tonight but I am somewhat anxious. I will keep it to a one can of beer max. What should I expect?
I am 175 cm (5.7 ft) tall and I weigh approximately 55 kg ( 121 lbs) if that is of any importance.
Click to expand...

You get it done, Lil'Buddy! Hahaha!

Gold Member
Almost finished a little bottle of Sang Som, Yo! Crazyness is starting to kick in. Who's drunk in Bangkok?
C

Gold Member
Back from a Christmas party. Drinking more beers...and eating a box of chocolate candy. I don't nkow if I am going to him my macros! lol

I just looked at his profile. Apparently he signed in yesterday. Maybe it was his ghost.

Is he the Ghost of members past?

I just looked at his profile. Apparently he signed in yesterday. Maybe it was his ghost.

Is he the Ghost of members past?
Click to expand...

Gold Member
Meeting up with a HK chick later on, but she's the backup plan. If my dick isn't inside a pussy tonight I have failed as a man
B

I've had 14 tins of a decent bitter today, enough to make a decent empty can pyramid. Time has flown past. I've also used the loo about 10 times today.
M

Not actually drunk right now, but I feel inclined to post about the dangers of alcohol and dimly lit bars after a harrowing experience yesterday. Last night I got smashed and took a number from a young, sexy girl with a great rack. Today she came over and turned out to be a 35-year-old single mom, a legit 5. Given that I had a hangover and was horny, I couldn't come up with a bullshit reason to send her home. I banged her anyway and she let go a smelly fart. Without a doubt the worst notch of the year. And I blew off two young girls who wanted to come over! Stay sober, my friends.

Just making sure this thread is ready for New Year's Eve.

I'm working through some wine in preparation of tonight's festivities. Happy 2018 RVF

Happy New Year everybody ! I invited 4 of my old school friends from London to Newcastle for new years. We ve been partying everyday and it's been a good time to just have fun and bond with friends. We went to a dope club called digi (top50 all clubs worldwide) and we got turnt up, drank ALL DAY, popped E's and had a pre-party with some hot chicks and got lit at the club. Unfortunately, my friend is a super-lightweight and fell down in the club, so he got escorted out by the bouncer and he was so gone I couldnt leave him alone cos he would pass out on concrete. Sometimes you have to sacrifice getting pussy and getting lit at a club if your friend is messed up, guess you just gotta look out for eachother. Happy new year once more and stay safe out there

Gold Member
It is -28 degrees F and dropping but only -36 F wind chill. Let's do this new years shit! 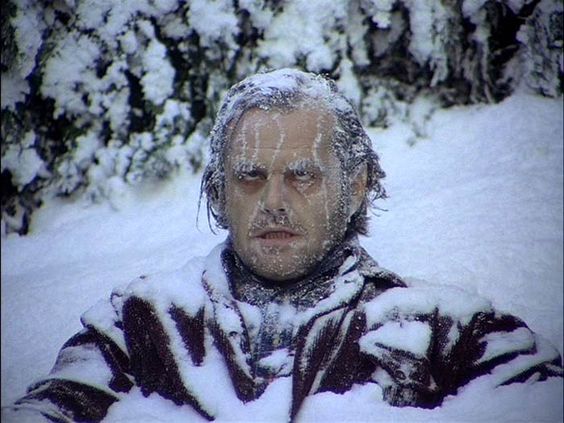 Pushing 6 in the morning here with my family, friends and gf. Karaoke on the go. To the hoes in the past, (present), and the future, Happy New Year.
As a bonus.

Is it true Ouzo get's you drunk twice? I just got some to try and it's good, I like drinking quality liquor for a change.

Gold Member
Who is getting drunk tonight!?!!