Orthodox
I'm late on this but Dutch farmers have been protesting against implementation of WEF-style limitations on farming.

Looks like big machines are the Achilles tendon of the elite.

Orthodox Inquirer
It's wild. It's nothing I've seen like during 2 years of lockdowns. They're going in hard, even storming police stations with tractors when people get arrested. Of course the riot police like the criminals they are are going all in also. But I didn't expect there was such power and resilience left in our soyed out country where everything is always positioned from a place of ''talking'' and ''tolerance''. This has been going on for a few weeks now and they have daily impact still. The essence is that because of the ''nitrogen crisis'' before 2030 (wink wink) the nitrogen levels have to go to extremely low levels, in accord with the climate change hoax. All of this is done of course to ruin the countryside, as many farmers will lose their companies. It was barely profitable anyway, and they already had to make a lot of adjustments for climate change requirements, and now they flat out have to diminish their companies, get rid of their cattle etc. To me this is all about destroying the last line of unity on the countryside, in preparation for the ''big city'' slave life of servitude that the regime envisions for us in the near to mid term future. They can't have a relatively independent, coherent layer in society that is in relative unison, they want atomized NPC's in their big city apartments who don't know their neighbors.

Viktor Zeegelaar said:
But I didn't expect there was such power and resilience left in our soyed out country
Click to expand...

Yeah, people like to blackpill about how weak westerners are and that's true, but you just need 5-10% of men to act. Mess with people's food and livelihoods and that's enough motivation for that 5-10%. Wish y'all had gun rights.

I apologize on behalf of 17m Dutchies for his Inglisj.

DanielH said:
Yeah, people like to blackpill about how weak westerners are and that's true, but you just need 5-10% of men to act. Mess with people's food and livelihoods and that's enough motivation for that 5-10%. Wish y'all had gun rights.
Click to expand...

Even less than that if the men own big rigs that can't be stopped by a Facebook censor or eco-friendly police car with gay flag painted on the side. At risk of Fed posting, to bring a modern government to a standstill, you only need a couple hundred super dedicated men.

Protestant
People are afraid to act, but when they stop being afraid, that's when the floodgates will open. Nobody wants to be the first, but you can be absolutely sure that when the action starts, nobody will want to be the last.
B

Gold Member
This is the biggest story of the protests so far:

Elipe said:
People are afraid to act, but when they stop being afraid, that's when the floodgates will open. Nobody wants to be the first, but you can be absolutely sure that when the action starts, nobody will want to be the last.
Click to expand...

This is a tendency indeed and as is said already you need a small yet strong and determined group to make an impact. We can't expect the inured and complacent slave masses to come into action, for they'll follow whatever is most comfortable for them. The more suffering, the more people will get to action as suffering is the only thing that gets people to action, it's absolutely not some idealistic notion about rights and freedom.

Gold Member
Eva Vlaardingerbroek the Dutch political commentator was on Tucker Carlson last night talking about this. I cant find that video but here she is speaking about rejecting globalism and the agenda a couple months ago

Protestant
It has spread throughout Europe.

Catholic
I was already thinking in the last days why we don't have a thread on this topic yet.

Now farmers from other nations are protesting too and maybe that's why the thread should be called
"Farmers protests." 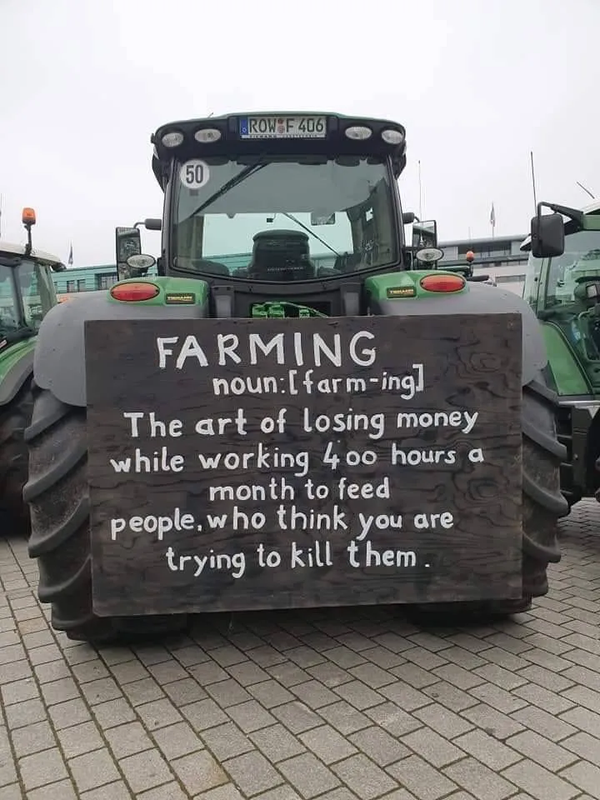 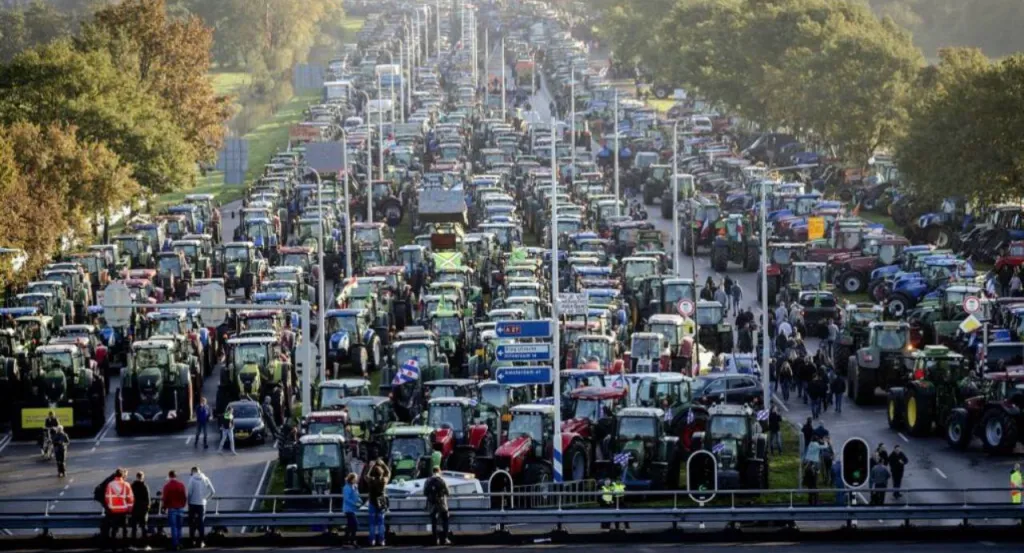 It reminds me of de de-kulakization in the Soviet Union. As the spirit is the same as then, it's not a coincidence that they'd come for the farmers sooner or later.

To add to the Bill Gates thing, the de-kulakization we see is a mere property shift from independent people to the regime:

It's really quite cool to see the unison.

When you see a Ukraine flag, a BLM sign, or a trans flag, you know that the person is shackled in 100% of the lies.

Protestant
Pay attention to this one, guys. Virtually no one in the MSM is covering it and the ramifications for losing are dire.
Look for signs that the protests are becoming pozzed, similar to what we saw with the Canadian truckers and the Freedom protests here in Australia, you will begin to see some leftism creeping inwards. Suddenly, there will be pride flags and various left-wing talking points being uttered by 'leaders' of the movements. The protesters demands will become vague and more women will start showing up, basically the cancer of astroturfed infiltration.
Let's say this is real, that this is the beginning of the end for meat, this is a big deal. This is more than just a protest - this is a direct challenge to the food supply and even a nations' culture. This is the ability to eat the foods your healthy ancestors ate for generations without WEF or some other lame organisation telling you it's not 'carbon neutral' enough.
I'm not 100% on whether or not these are going to be able to be sustained or not, let alone if they are even real. But if it is, then this is serious.

Garuda said:
It has spread throughout Europe.