Economic effects of the Russo-Ukrainian War

From the Reuters article:

Orban said there was no chance for peace talks between Russia and Ukraine.

"As Russia wants security guarantees, this war can be ended only with peace talks between Russia and America," he said.
Click to expand...

This is one of the points from the article I found most interesting. He's clearly stating the truth that this is all about America attempting to deny Russia's demand for clear security agreements. Ukraine is just a pawn, and even Hungary and the EU are pawns. The US is the one who has to accept Russian security requirements to settle this.

At this point I don't see the US agreeing to this at all, but I think this is the beginning of the EU nations calling on the US to make this stop. 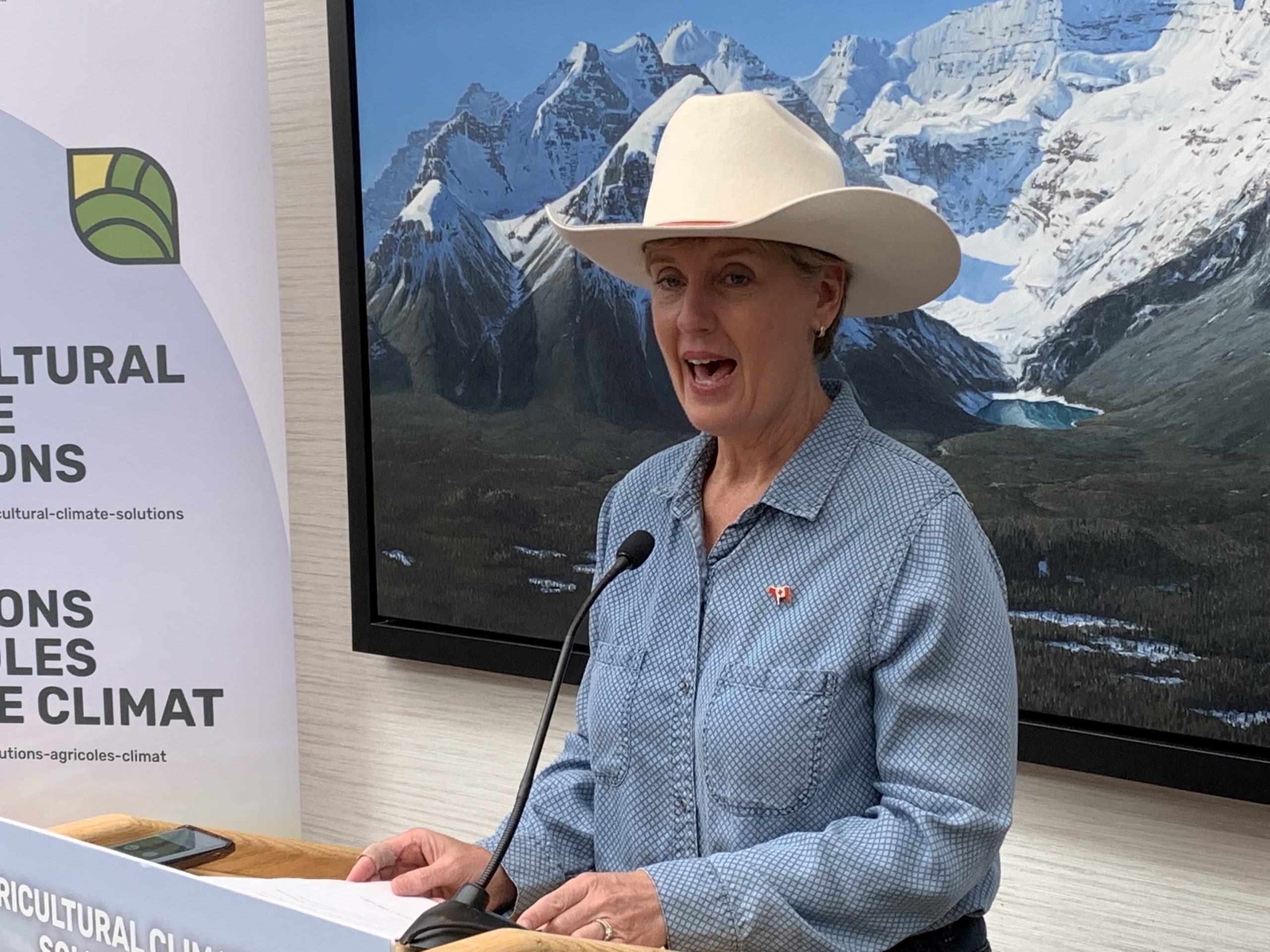 Government plans to reduce fertilizer use have resulted in protests in the Netherlands and a government overthrow in Sri Lanka.

The most consistent thing about the current climate is the attack on food and energy. Russia is a great scapegoat and serves two purposes. It makes it harder for European and Russian peoples to get along both economically and politically and it pushes them into the arms of the globalists even more - without realising its against their best interests.

All the while they continue to kill in numerous ways.

Sri Lanka is using QR codes to give out fuel supplies with the threat of armed violence from the state if you dont comply.

Indonesia is using its Covid App to supply people with cooking oil.

Little or no money in Sri Lanka.
T

Great take on why GDP measurement an utterly useless metric, yet is still used by the west to as source of hubris and arrogance in their assessment of Russia relative to the west. @crim_thought: Ok here we go. "Real economy" time. The Russia Ukraine war and the resulting sanctions has illuminated something very important about the "global economy" The "on paper" stats showing economic size an...…

Robert High Hawk said:
Great take on why GDP measurement an utterly useless metric, yet is still used by the west to as source of hubris and arrogance in their assessment of Russia relative to the west.

@crim_thought: Ok here we go. "Real economy" time. The Russia Ukraine war and the resulting sanctions has illuminated something very important about the "global economy" The "on paper" stats showing economic size an...…

This is super interesting. His approach to estimating real national production looks very useful. It is clear that Russia is punching way above its weight compared to their supposed nominal and PPP based GDP levels. Clearly their economic capabilities have not been represented realistically by these current GDP methods. The approach laid out in this thread seems to have a more realistic assessment.

This thread also shows some other things not directly related to the Russia question. In this guy's approach, the individual EU countries like the UK, France, Germany, and Italy come out looking extremely puny, as does Japan. These are conventionally rated among the richest and most powerful nations, but it's easy to realize how over rated they all are. Not only are their economies no longer that important, they are extremely weak militarily.

The US is still very big, but by this new rating standard, China, India, Russia, and Brazil are all way bigger than usually thought. Interestingly, Canada and Australia show up with really large numbers as well. This may show the limitations of this approach, because Canada and Australia both have fairly small populations, but this approach makes them appear to be some of the largest producers. They have large production of the kind of industrial materials this approach measures, but they are nowhere near as powerful economically as some other nations that appear weak by this approach.
Last edited: July 25, 2022
T

They fell in line 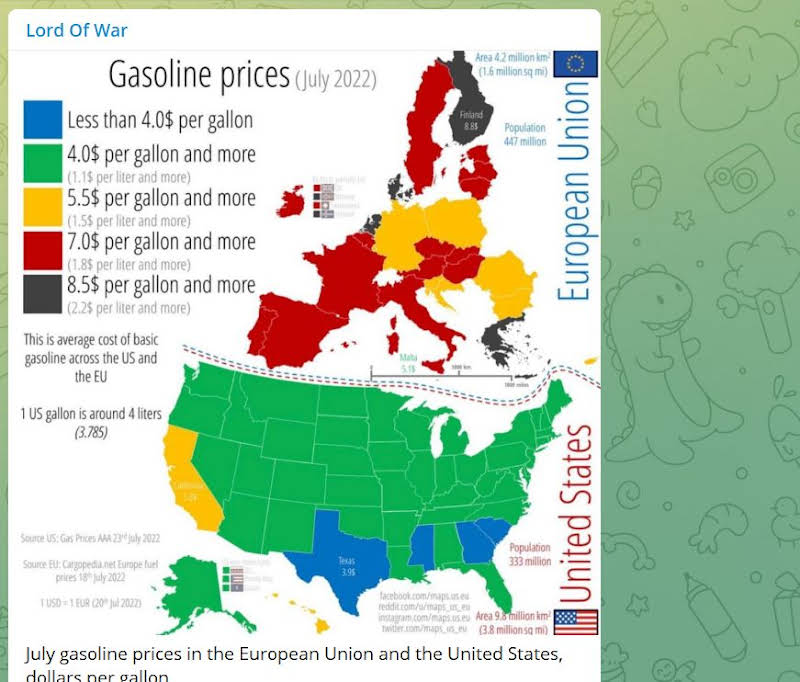 Pointy Elbows said:
^ That's rich, given the beating that Portugal, Greece, and Spain have taken for years as 3 of the 4 European "PIGS."

Yeah: "Europe and NATO are as united as they have ever been." Sure. I see more of this in the future.
Click to expand...

The Eurozone actually represents nothing more than a massive subsidization project for German exports, and the "PIGS" story is nothing more than propaganda aimed at perpetuating the said subsidies while the rest of the EU is sucked dry.

Most don't know this.

The UKs wealth is centred in the City of London and its links to British Empire-times tax havens which exist to this day. Ofc there are biases involved when it comes to looking at Russia through the same lens.

Its why I am always amused to see articles stating how Russias economy is in the dumpster and getting worse and how poor regular Russians are. Well no shit sherlock.

The economies of the West aren't doing to good either if you're not wealthy. Not to say there isn't opportunity to be had but the squeeze is real and most people are being left behind. They dont just think it anymore because they see it too.

We now have a fake reality where Yellen can say we're in a transitionary period and not a recession. They have even distorted the meaning of recession now, just like with vaccines and immunity.

All of this points to a truly horrible reality that very bad things are happening and there is simply no getting around it. The tsunami is going to hit us hard and people will freak out.

The UK is somewhere between the red and black zones. The other day, it cost over £70 to fill my 37 litre (10 gallon) tank with premium, E5 >5% ethanol petrol. At current exchange rates, this equates to $8.5 per gallon. 10% ethanol petrol is cheaper, but I will not risk it destroying the engine. Fortunately, I cycle to work and do very little driving.
T

I keep wondering when we'll see the actual effects of the "undermining" of the dollar. You'd think we'd have already seen it, and quite dramatically, but I'd have done better in the last few years keeping cash in USD in my mattress than investing the stock market, crypto, precious metals, or exchanging my dollars for any other currency I'm aware of.
You must log in or register to reply here.
Share:
Twitter Email Share Link
Top