BasilSeal said:
We clearly have differing theological views on what constitutes blasphemy and specifically in which cases it may be considered unforgivable. I am fine with my use of the term, for this case.
Click to expand...

My dict.cc says blasphemy is meant in the sense of

Orthodox Inquirer
Is this a show guys? Really? Mr Baphomet costume, planting chips in brains and champion of transhumanism and climate change through his cars now saving free speech? It feels like a movie where a bunch of people were ''martyred'' earlier to give them hero status, and now bringing them back with new vigor and fanfare. I can be wrong, but I guess it's once again a mere show to just keep people in the earthly heroes frame and giving them the delusion that they're winning. If you go to the casino and you lose 10 times in a row, you quit. If you lose 4 times, win 2 times, lose 4 times, win 2 times, you'll end up at 0 too, but at least you feel like you have a chance to win and even won at some point, with which you will come back. I see a similar dynamic.

Samseau said:
Blasphemy is the unforgivable sin. "Sins against men can be forgiven, but sins against the holy spirt cannot." That is what Jesus taught. Do you really think God could not forgive Musk for that tweet? Seems unlikely to me. It's not directly turning people away from God, and also, the cartoon does not deny that the Lord's prayer is unable to save.

The cartoon Musk posted actually has happened, in the past. Thomas Aquinas, for example, had to pray and chase a hooker out of his house with a fire poker once, as a family member tried to buy a hooker and corrupt him with it. Does the cartoon deny the power of God to save? Does it deny God? I don't see it.

Blasphemy is a serious charge, one I won't put on anyone lightly, because it implies that person is hellbound having committed an unforgivable sin. Considering God can forgive any sin against men, which includes murder, that means blasphemy is worse than murder. Do you really think that tweet is worse than murder?
Click to expand...

In the specific original context referred to Pharisees accusing Jesus of casting out demons by the power of Beezebub:

Through the years, numerous writers have taken on the task of explaining the comment spoken by Jesus concerning the “unpardonable sin”—blasphemy against the Holy Spirit. From these writings have come countless false doctrines, insinuations, and suggested explanations. It is the purpose of this...

A heart so hardened in unbelief that the clear evident workings of the Holy Spirit in Jesus's works on earth is attributed to Satan himself rather than God when witnessing the Miracles firsthand.
Last edited: November 22, 2022

With this and the kayne business we're really seeing behind the globalist curtain.

Orthodox
Gold Member
Since we're on the topic of trying to understand just how anti-Christian or blasphemous Musk really is, here is some relevant exposition from Chrysostom.

The Lord had refuted the Pharisees by explaining His own actions, and He now proceeds to terrify them. For this is no small part of correction, to threaten punishment, as well as to set right false accusation. Otherwise according to the first exposition. The Jews were indeed ignorant of Christ, but of the Holy Spirit they had had a sufficient communication, for the Prophets spake by Him. What He here saith then is this; Be it that ye have stumbled at Me because of the flesh which is around Me; but can ye in the same manner say of the Holy Spirit, We know Him not? Wherefore this blasphemy cannot be forgiven you, and ye shall be punished both here and hereafter, for since to cast out daemons and to heal diseases are of the Holy Spirit, you do not speak evil against Me only, but also against Him; and so your condemnation is inevitable both here and hereafter.

For there are who are punished in this life only; as they who among the Corinthians were unworthy partakers of the mysteries; others who are punished only in the life to come, as the rich man in hell; but those here spoken of are to be punished both in this world, and in the world to come, as were the Jews, who suffered horrible things in the taking of Jerusalem, and shall there undergo most heavy punishment.
Click to expand...

Really important teaching here: blasphemers are punished both in this world and in the next. The mark of having been condemned by God is shown by both offensive words or deeds against God and punishment in this life. The punishment afterwards is naturally assumed.

Thus, if Musk is a blasphemer, then we will watch him get destroyed, perhaps all his wealth and companies are stripped away, he is humiliated, thrown to the wolves and forgotten.

Conversely, if him wearing an upside-down cross on a mock demon suit is merely speaking against the Son of man, then Musk can be forgiven. In this case, Musk is merely vain, using anti-Christ imagery in order to draw attention and look cool, without him seriously caring one way or the other about any holy implications. In such case it is an insult to Christ as the man, but not to God's Holy Spirit.

God will reveal all to us in time.

Samseau said:
While this joke is in extremely poor taste, Musk is obviously trying to show that Twitter is no longer a "safe" space and free speech is allowed.

Conversely, when Musk is serious, it turns out he does turn to the Bible for questions of right and wrong. 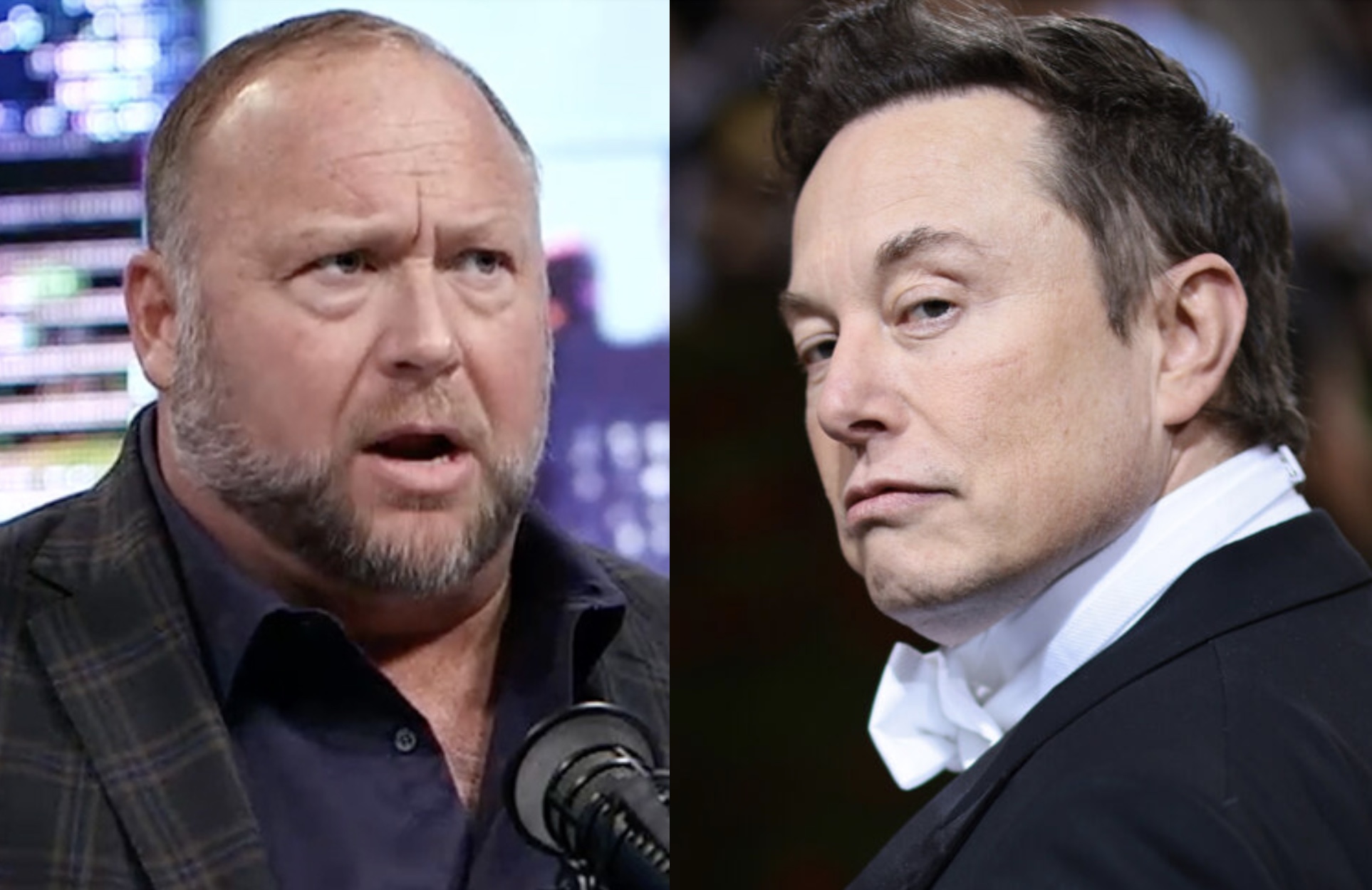 Elon Musk is a free speech and first amendment advocate and is running his newly acquired Twitter as such, except for conspiracy theorist Alex Jones.

At the end of the day, I don't want to judge Elon lest I get judged for hypocrisy. I have no knowledge of his upbringing or heartfelt desires. However, it does seem he is influenced by the Master, so I cannot say if he is good or bad. He seems to be a mixed bag, like everyone else.

As for Alex Jones, I am not sure how guilty Jones is, however, he did lose in a defamation case that had relatively low publicity. My gut says to trust the jury that ruled against Jones. If they say he was using this incident to profit, then it is indeed shameful behavior. Leaving Jones banned is a way to also demonstrate to the chews and other leftists that Musk does in fact have standards, and portray himself as "moderate," but honestly I don't blame Musk for leaving Jones banned in light of the court verdict. Unless I had more relevant pertinent information, I'd probably do the same thing.
Click to expand...

Sorry Samseau you're grossly wrong about the Jones case.

He was defaulted by 2 judges with out a trial on the merits.

It is a business decision not to have him on. Which is fine... But let's not give credibility to the liberal ham Judges who said he was guilty with out a single piece of evidence presented to the Jury.

Musk just wants the same clout he has with the .mil industrial complex among the right. 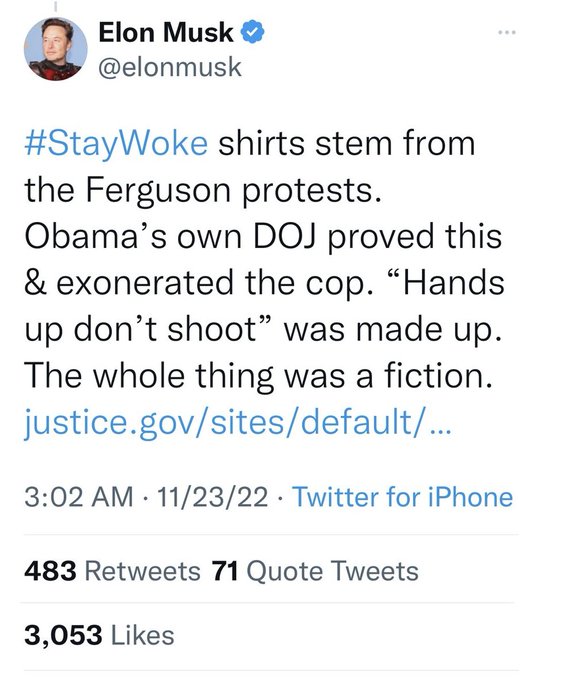 Dusty said:
Soon we will be inundated with Giza Dream Sheets ads on Twiiter.
Click to expand...

Catholic
He is moving faster than people can keep up. My expectations were that the changes would take a lot longer, but i guess when you are your own boss and have no board members to answer to its a different story.

These moves and others will shift the US to a more balanced media distribution cycle where not everything will pass through a liberal filter. Its a very impactful change which will have consequences way beyond twitter.

Maybe the bots were cleaned up after the last poll:

I signed up for a business Twitter account after he took over, and am impressed so far. This is more of a swamp draining than Trump did - board fired, viscous cuts, embeded left-wing machinery gone, trolling.

I feel I owe him the $8 pm at this point. It's surely not going to be an easy ride in lieu of what is likely going to happen to advertisers.