Sherman said:
You can add the police to the list of traitors. All over the country, police are taking the knee to apologize to the looters, rioters, and thugs. A cop however will still show up to arrest you for defending yourself. 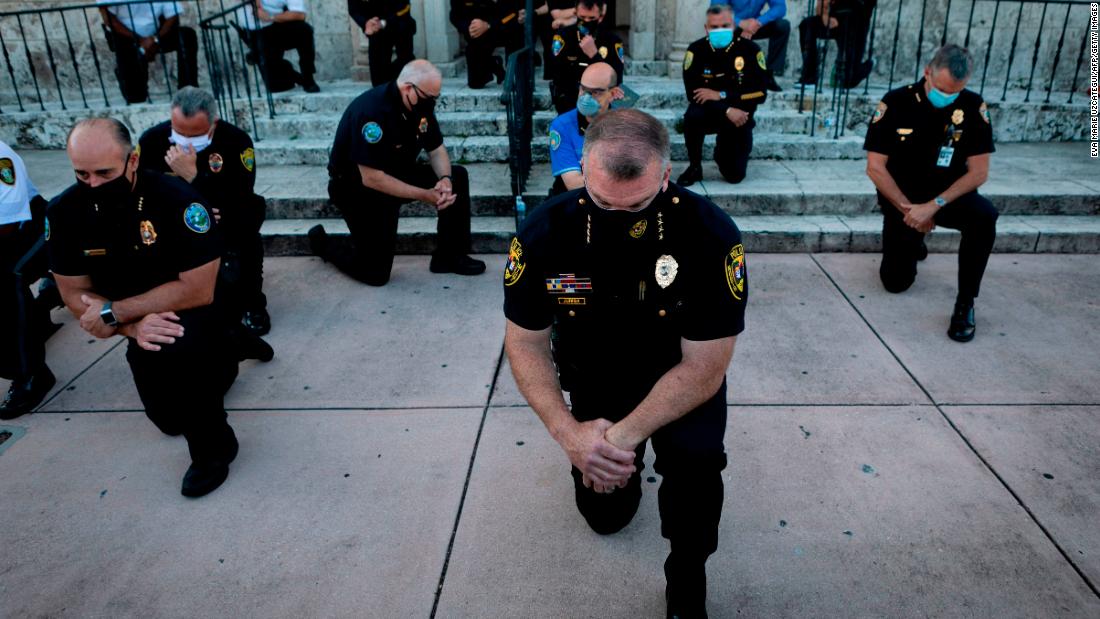 In New York and Coral Gables, police take a knee in solidarity with protesters - CNN Video

In the midst of protests around the nation, moving scenes unfolded in New York and Coral Gables, Florida, when some of the cities' police officers knelt in solidarity with protesters. 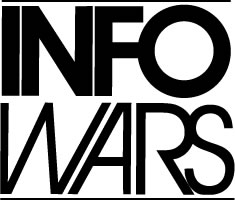 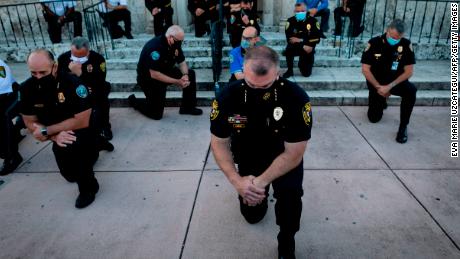 Here is the real significance of kneeling on your right knee: FIG. 10. CANDIDATE TAKING THE OATH OF A FELLOW CRAFT.(left to right: Master. Altar and Lights. Candidate. Conductor.)
"Kneeling on my naked right knee, my left forming a square;"

Gold Member
https://twitter.com/i/web/status/1266294593697353733
IRTs are the worst. They come here from a filthy shithole, then agitate against the founding stock. I see so many ant-white IRTs here on the west coast. I think it is largely driven by envy. They’re a very envious people.

Here is the real significance of kneeling on your right knee:

FIG. 10. CANDIDATE TAKING THE OATH OF A FELLOW CRAFT.(left to right: Master. Altar and Lights. Candidate. Conductor.)
"Kneeling on my naked right knee, my left forming a square;"

I'm getting really tired of this Masonic crap, what a bunch of self-centered pricks. A normal person has better things to do than to belong to some bullshit club. The symbols, rituals, gestures, at it's core it's all pathetic, childish drivel made up by bored, lame egomaniacs. Take a hike once in a while and stop being such a burden to the world.
Last edited: June 1, 2020

I have to agree with 911 on this. The police who are taking the knee are participating in a Satanic ritual. This is the thug who will rape your wife and daughter. Woke Totalitarianism Wins A Big One | The American Conservative

The 1619 Project,” a massive attempt to “reframe” (the Times’s word) American history by displacing the 1776 Declaration of Independence as the traditional founding of the United States, replacing it with the year the first African slaves arrived in North America. Let’s be crystal-clear here: The most powerful media source in the world decided that Americans should stop believing that the Declaration of Independence represents the nation’s founding, and instead accept that the real birth of American happened in 1619, when the first African slave arrived in North America.
Click to expand...

Gold Member
Here's (as of now) a list of 149 companies that support looting and violence:

Here Are The Companies That Support Antifa, Black Lives Matter, and Want You Dead

Hi! This is a list of all of the “woke” companies that are supporting violent protests across the United States. Despite the chaos… U.S.—The racists of the nation announced they are repenting in mass after they read a statement on equality from Hidden Valley Ranch posted on Twitter.White supremacists across the country said they were holding out despite hundreds of corporations declaring their support for equality on...

We are in the middle of a global pandemic caused by a virus that attacks the respiratory system and is spread through droplets expelled when we cough. This pandemic has had a highly disproportionate impact on the Black community. The world also recently witnessed a United States police officer kill a Black man by kneeling on his neck while he cried, “I can’t breathe.” Using tear gas and other chemical weapons that attack respiratory systems, cause coughing and make it hard to breathe in response to protests about the longstanding racial injustices in our communities is excessive and morally repugnant.

The ACLU of Oregon implores you to immediately prohibit the use of indiscriminate weapons, as well as adopt practices that account for the unique risks of the current COVID-19 pandemic.

In 1918, the International Committee of the Red Cross referred to chemical weapons like teargas as “barbaric” and “criminal.”1 In 1925, the Geneva Protocol banned the use of chemical weapons in warfare.2Again, in 1997, the international community reinforced its commitment to ban the use of dangerous chemical weapons.3 Now, in 2020, over 1,000 United States health professionals are calling for an end to the use of tear gas to support public health and the fight to end racism.4

Tear gas, a weapon banned in war, has no business being used in our streets with such abandon as we have seen by officers throughout Oregon, especially in Portland, Eugene and Salem.We have heard complaints of tear gas harm from a wide range of people, including media, legal observers, children and other peaceful protestors. We have also heard particularly alarming accounts of people in the unhoused community being hit with tear gas while they are sleeping. Police militarization is killing and severely injuring Black people. This must end.

Article I, section 13 of the Oregon constitution demands that arrest and confinement practices be justified by necessity. During the COVID-19 pandemic, the government has a constitutional obligation to keep those in their custody physically distant from one another. The congregate environment of jails present uniquely high risks for COVID-19 infection, as does the frequent cycling of new persons into the facilities.5With these risks in mind, police should avoid taking people to jail and avoid using group transportation vehicles where at all possible. Oregon has made significant strides in reducing its jail populations.6Now is not the time to backslide.

The ACLU of Oregon also calls on you to immediately prohibit the use of dangerous aerial distraction devices (“flash-bangs”) and rubber ball distraction devices (“flash bang grenades”). We have witnessed the severe harm that such distraction devices can cause to people exercising their First Amendment rights. In one case, an Oregon woman suffered third-degree burns and permanent soft-tissue damage on her arm when the Portland police shot her with a flash bang.7 We have also witnessed the use of grenades that explode and shoot small, hard rubber balls in all directions, causing disorientation and impact wounds. These dangerous weapons do not make our communities safer and too frequently injure peaceful demonstrators, bystanders, and media.

Flash bang devices and tear gas are by their very nature indiscriminate and their use should be prohibited.Some Oregon police policies prohibit the indiscriminate deployment of weapons into crowds. That is a good policy. However, the use of weapons, the impact of which cannot be controlled, directly contradicts the language and spirit of these policies. Officers cannot control who is impacted by large clouds of chemical irritants, nor can they control who may be impacted by flash bangs. Both categories of weapons have the potential to seriously injure or kill a person.8 They should not be used on Oregonians.

Now is the time to put down your weapons and listen. Black lives matter. And your job requires you to make sure that they do.

To the ACLU hacks...

Gold Member
Now this is awesome news: MSNBC has hired Homewrecker Lisa Page as an "NBC News & MSNBC National Security & Legal Analyst". So, the obvious question is: who will she bang in the MSNBC office?

What is the context?
It would be especially amusing, knowing what the initial influence was behind Orcs / Orks...

The official said the president told Attorney General Bill Barr that he wanted the National Guard to be armed so that they could protect themselves from rioters and looters coming in to the city, but Esper on his own told the D.C. National Guard leadership to take the weapons of National Guardsmen who were coming in from other states.

“He’s not really on board with what the president is trying to do,” the official said.

The official said Esper also on his own directed the National Guard in D.C. to wear soft caps instead of helmets. Breitbart News queried the Pentagon chief spokesman Jonathan Hoffman on Friday afternoon, but he did not respond by deadline.

The Washington Post also reported that Esper disarmed National Guardsmen activated in D.C.:
“Defense Secretary Mark T. Esper made the decision to disarm the guard without consulting the White House, after President Trump ordered a militarized show of force on the streets on the streets of Washington to quell demonstrations that were punctured by an episode of looting Sunday, two senior administration officials said. Trump had encouraged the National Guard to be armed.”
Click to expand...

Esper is reportedly on thin ice with Trump after the Pentagon secretary announced during a press conference on Wednesday that he did not support invoking the Insurrection Act, which would allow active-duty forces to act in law enforcement roles.

White House Press Secretary Kayleigh McEnany said that Esper had not consulted the president before making the announcement, to her knowledge. She also said that the president has the “sole” authority to invoke the Insurrection Act.

Trump has reportedly asked advisers whether he should replace Esper. Sen. Tom Cotton’s (R-AR) name has been floated. He has advised the president to use military troops to restore order in cities that have seen riots in response to the death of George Floyd.
Click to expand... 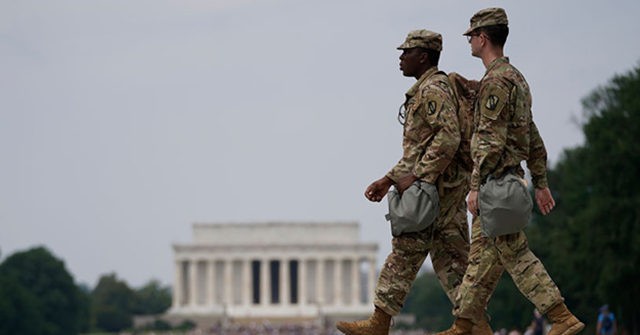 Esper on Friday ordered National Guard troops in Washington, DC, to disarm and wear soft caps instead of helmets, an official said.