FactusIRX said:
Really well said. My experience is those who praise capitalism are those who benefited from a decent cultural system rather than capitalism. In other words, Boomers are generally the only group who praise capitalism because they grew in a post-WW2 Christian, predominately white society, and mistake the benefits of that cultural systems with the benefits of capitalism. In fact, many of the protectionist policies in place during WW2 that allowed the Boomers to strive were decidedly anti-capitalist. Our current society a more full expression of capitalism than when the Boomers grew up, and we can see what type of hellscape it created.
Click to expand...

The fact that society now is worse than it was back then doesn't really say anything about capitalism. Because of cultural rot in general, and usury, banking, governments, inflation, and other stealing happens, you can imagine economically things would get shitty regardless of system.

I surmise that discussion amongst those contemporary would be divided along similar lines.

The level of sour grape hamstering here is telling

The Catalyst said:
The fact that society now is worse than it was back then doesn't really say anything about capitalism. Because of cultural rot in general, and usury, banking, governments, inflation, and other stealing happens, you can imagine economically things would get shitty regardless of system.
Click to expand...

I honestly don't care what economic system we have. The "socialism vs. capitalism" battle is simply a distraction by the ruling (((elite))). The larger concern is the moral (or political) system that's in place. You need to have a majority white, Christian population with a Christian divine ruler. The laws of the country need to be derived from and consistent with Christian theology. Once you have that in place, the distribution of resources will naturally be right and just.

I surmise that discussion amongst those contemporary would be divided along similar lines.

The level of sour grape hamstering here is telling
Click to expand...

Christian Europe was as close as to a perfect human society as we have had. As a result, God blessed Christian Europe with untold riches, knowledge, and peace and prosperity that was unseen in human history. It started to unravel during the French Revolution, and our decay has been accelerating since then. 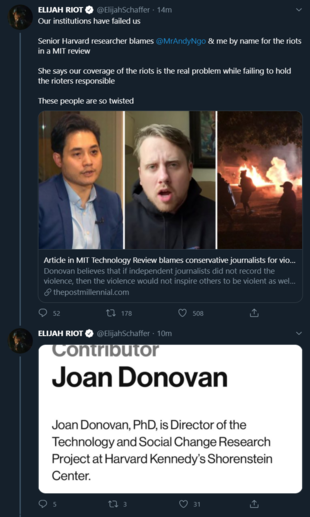 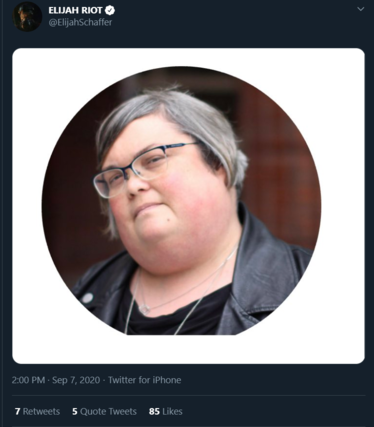 Max Roscoe said:
To the degree that one can call America "the greatest civilization in human history" (I have giant problems with such a broad statement and to extend the claim to the entirety of history borders on the absurd), capitalism happened to overlap with the greatness that America was experiencing, not cause it. And capitalism is not a fundamental cause or source of civilization anyway, but an economic system for allocating resources.
Click to expand...

Such bombastic statements remind me of this gem:

Gold Member
Can one the of the American chaps here please explain to me in as succinct a manner as possible what on earth is wrong with Portland? I mean, does it even function as a city any more?

Enemies of the people...

Not sure if this is the right thread, but Facebook.

'In some cases, we allow content for public awareness which would otherwise go against our community standards - if it is newsworthy and IN THE PUBLIC INTEREST'...

The Chicoms behind BLM and Antifa own the Democrat party and the #NeverTrump Repubs, as well as almost all the corporate news media. Hence, you will never hear them bash them, or if they do as a cover, they will never point out who controls or pays for them. Basically, the only public figures you can trust are any confirmed pro-Trump Republican and the few independent, ideologically consistent "progressives" (e.g. Glenn Greenwald, Jimmy Dore, Aaron Mate, Michael Tracey).

If/when Trump makes his move against the Chinese money controlling BLM-ANtifa, the REEEEES and squeals for a coup from these traitors will make the impeachment farce look like a friendly game of whist.

Teedub said:
Can one the of the American chaps here please explain to me in as succinct a manner as possible what on earth is wrong with Portland? I mean, does it even function as a city any more?
Click to expand...

Places like Portland and Seattle are full of the most left-wing, brainwashed, ideologically destructive and limp wristed people in the US. It's not surprising that they would enable this behavior. Portland's cuck mayor is a great reflection of the people there.

Life was nice and easy in those places for a long time. Portland and Seattle and such were clean, quiet, medium-sized cities where you could afford to live well and have a family and have the benefits of urban living without the full expense or filth or crime or other downsides you got in, say, LA.

And, in typical "good times make weak men" fashion, the people there got soft and complacent, assumed that the gift they were given was just the natural, default state of the world, and went down the usual black hole of leftward drift. Now their cities are unlivable shitholes, but they don't put two and two together.

Gold Member
If there is one thing I have learned in over half a century of life it is that the vast majority of people only learn the hard way. And that's okay. The universe oscillates between a state of equilibrium and constructive destruction. Life would not be worth living if everything was easily attainable, infinite, and permanent.

The one thing that defines us as human beings is constant struggle and overcoming adversity. And a big part of the latter is defeating all evil and Satan's constant lure in every form. As opposed to being negative and becoming black pilled we need to embrace the fact that we are given an opportunity to make the world a better place for ourselves and our children. That is the challenge that God has presented to us and we better damn live up to it.

Good times are very enjoyable but they are devoid of glory and human transcendence. Let's face it, the generations of men alive in the West today are a mere shadow of the men that once walked this earth. We are but an atomized narcissistic scattering of weaklings that has permitted its own women and children to be sexualized, dragged into the dirt, and often killed without repercussions.

No wonder nobody respects or fears us anymore and I am convinced that if our ancestors would be alive today they would be deeply ashamed of us. It's time to go back to our roots and recapture the birthrights we inherited.

redpillage said:
No wonder nobody respects or fears us anymore and I am convinced that if our ancestors would be alive today they would be deeply ashamed of us. It's time to go back to our roots and recapture the birthrights we inherited.
Click to expand...

I use that framing a lot. It works with the right person. "If your ancestor are indeed watching, what would they think of you?" "Your ancestors survived the ice age, and your big struggle is that you're eating so much you can't stand up under your own power", etc. 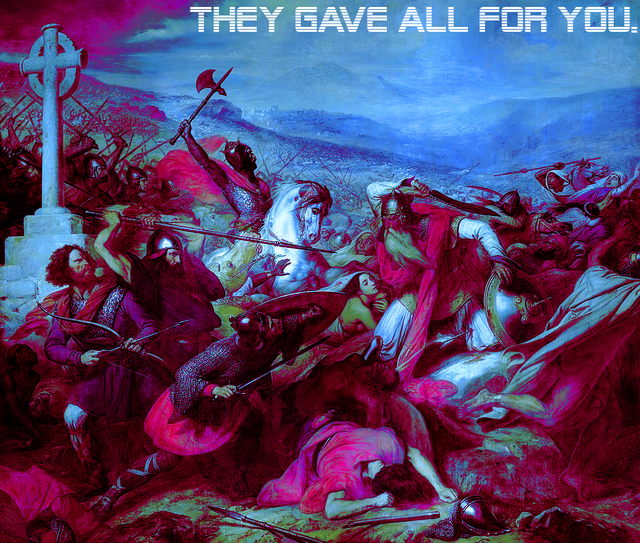 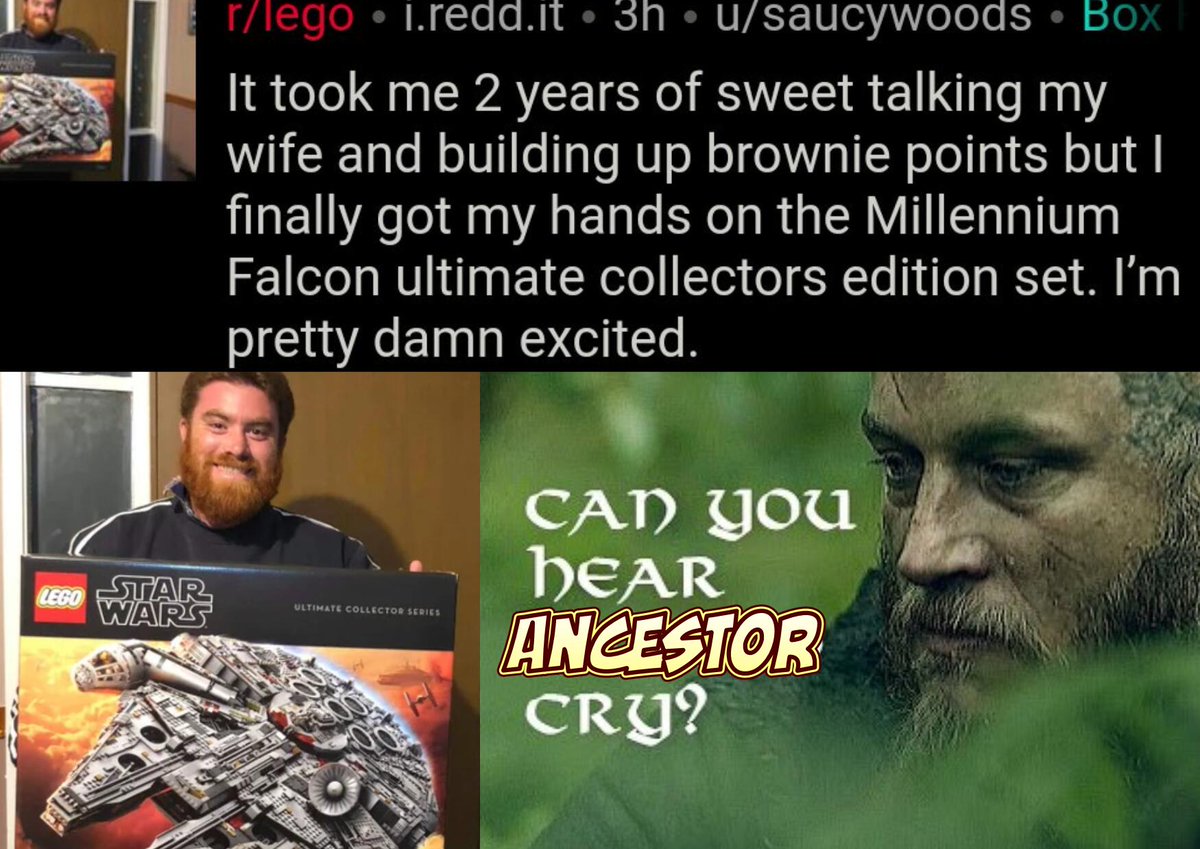 Gold Member
^^^ The real tragedy is that Mr. Neckbeard doesn't even realize what a world class doormat he truly has become. By depriving himself of his masculinity and dominance he has embraced a life of Godless servitude. Back in the days local peer pressure would have forced him to re-evaluate his ways, but unfortunately in the century of the long tail he his surrounded by encouragement and validation. It's time for Darwinism and natural selection to return.

The problem is natural selection has been subverted. We live in a *DYS*genic society where those *least* successful / intelligent / strong are encouraged to breed and thrive and those most driven, creative, thoughtful or strong are repressed. It is a system that not only prevents natural selection from occurring, it is actively breeding and raising up the worst of us in every generation.

Gold Member
I remember Seattle being spoken of as a a paradise, akin to a US version to Denmark or somewhere. Left leaning in terms of taxes and so on, but very green and pleasant. Essentially the embodiment of 'socialism works to a degree in small homogenous societies where everyone is pulling the same direction'. How sad to see the state of it today.

You know what the difference between me and Mr. Neckbeard is?

He buys it so he can goober out over it himself. If I bought something like that it would be to build with my kids.
You must log in or register to reply here.
Share:
Twitter Email Link
Top