European energy crisis due to war

cosine said:
Your link took me to Mattie Rogers?? Not sure what happened there.

Hahahaha! I guess my research on Weightlifting medaling at the 2020 Olympics got mixed in with this research!

This should be the right page: 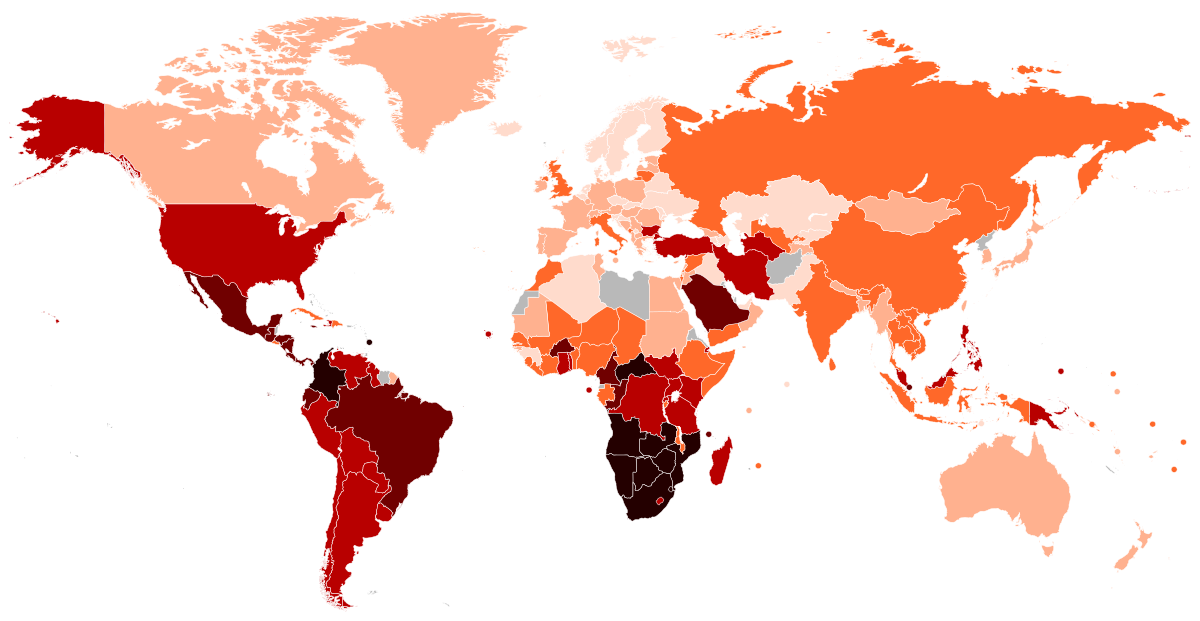 Here, Netherlands is 21 on "Gini" (as opposed to "Wealth Gini"). I haven't gone into the differences in these formulas, but it seems hard to believe that Holland would be more unequal than South Africa or Saudi Arabia.

This number is clearly incorrect. Average home equity is well above 10%. Perhaps for new mortgages at a 90% LTV this is true, but not for the vast majority who bought years ago or own their homes outright.

Funny they would project "100% Renewable" in English, not French.

The "Druzhba" oil pipeline (Druzhba -> Friendship) is one of the largest in the world and delivers Russian oil to large parts of Central Europe. The northern string runs through Poland to Germany and has a leak. An "accidental damage" is the reason, says PERN, the company responsible for the Polish section. 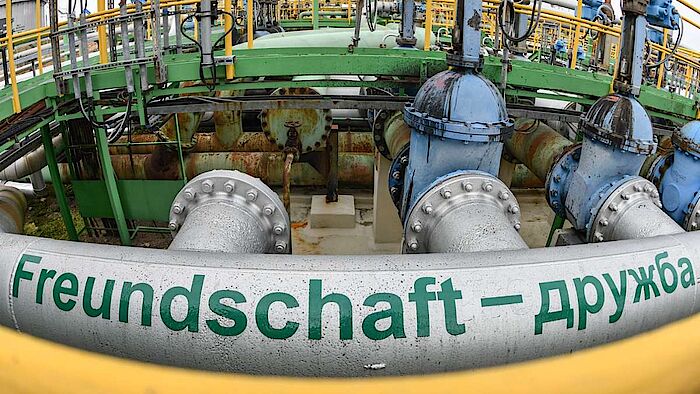 The "Druzhba" (Russian for friendship) oil pipeline starts in Siberia and runs deep into Central Europe. In Belarus, the pipeline splits into a northern leg, which runs via Poland to Germany, and a southern leg, which supplies Ukraine, Slovakia, the Czech Republic and Hungary. The operator is the Russian company Transneft, which has concluded contracts with companies in the neighboring countries for maintenance and repair work. In Poland, the company PERN is responsible for this work and has now discovered a leak in the northern pipeline near the city of Plock (about 40 kilometers northwest of Warsaw).

The reason for the leak was "unintentional damage," says a spokesman for PERN, but does not go into detail about the damage. It is not known how long the repair work will last. Oil would continue to flow through the pipeline all the way to Poland, however.

The south branch is not affected by this leak anyway, there the oil flows in agreed quantities, say uniformly spokesmen of the maintenance companies in the Czech Republic, Slovakia and Hungary. No statement is known from Ukraine. There one does not want to admit probably that one depends on oil supplies of the "bad Russian", so that the own (war) economy remains functional.

Protestant
They're going to push this as the new normal.

Garuda said:
They're going to push this as the new normal.

Wolfgang Schäuble just loves being the supervillian in a wheelchair.

French refinery workers and nuclear powerplant operators are on strike, the Macron regime is starting to get destabilized.

Anti-govt protest at a high school in a Paris suburb:

This area is very leftist, if the left, workers, and the right start rising at the same time, it's going to be a huge headache for the government...
Last edited: October 14, 2022

"Nord Stream" to be abandoned: system parties vote for ruin in Brussels

Now it should be official. Nord Stream 1 and 2 will not be repaired. Already last week, the EU Parliament voted on the further procedure with the two pipelines. Without large sensation one decided there simply the task, jointly responsible are CDU/CSU, SPD, Greens FDP and free voters Voted for the for it. That means: further rising gas prices and further deindustrialization of Germany and Europe.

Europe on the road to the abyss

Germany, Austria and all of Europe are suffering from the suicide sanctions against Russia. The industry goes kaput or migrates to the USA, which lures German entrepreneurs with cheap energy and good conditions, traditional enterprises which already survived economic crises and two world wars, do not survive the impoverishment program of the system. The fate of Germany as one of the leading industrial countries is thus sealed.

This vote shows very clearly that the old parties are simply not interested in representing the interests of their own country, and indeed of Europe. They have opened the door to ever-increasing poverty and stabbed their own citizens in the back.

Bernhard Zimniok, MEP of the AfD, reported in a video about the vote and the attempted cover-up by Brussels: 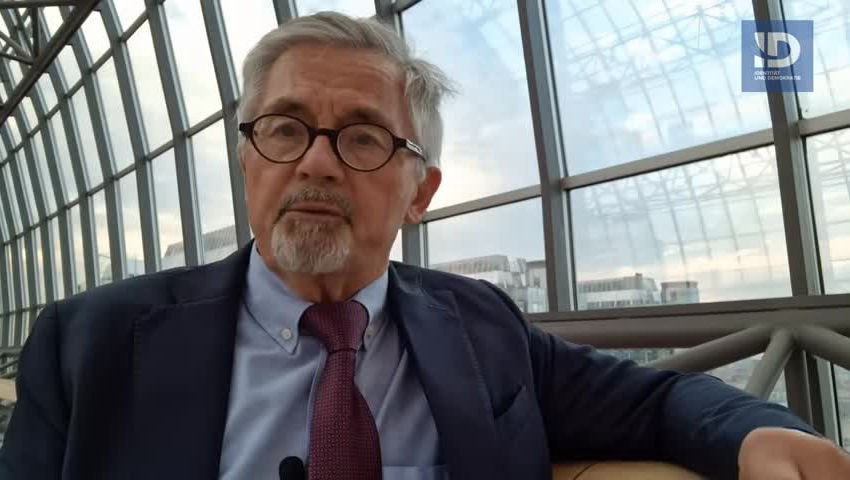 After the "Nord Stream" end, there is no need to face the unpleasant question of who is responsible for the terrorist attack on it...:
Last edited: October 15, 2022

Belgrano said:
It's all about home ownership. Southern Europeans tend to own their houses, so the property value is part of their net worth. Doesn't necessarily mean that they have more cash in the bank, although I'm sure the savings add up over a few generations if managed shrewdly. Germans tend to rent more.

On top of that, real wages in Germany practically haven't risen since the early 1990s and the fall of the Soviet Union. I guess since the looming threat of an alternative economic and political system was removed, there was no need to share the spoils with the common people anymore. Wages are kept artificially low to make German exports more competitive and give German industry an advantage. Furthermore, HCE is absolutely right with what he wrote about the way Germany benefits from the EU common market and especially the Euro as their artificially undervalued currency. The German economy is cannibalizing the rest of Europe, de-industrializing smaller and weaker countries by undercutting domestic competition and capturing the market for German products, in the process destroying local jobs and value chains, and causing a brain drain in the periphery, attracting young people who have no prospects in the now decimated economies of their home countries. However, the average German does not get to participate in these tremendous profits, which are reserved for the rich elites and the shareholders of German mega-corporations. Germany also has a surprisingly large underclass, mostly unemployed, who basically own nothing and live in government-subsidized pods, as well as a large percentage of migrants who don't really contribute much and need to be bribed with welfare money so they don't cause too much trouble.

Germany is basically a carefully managed beehive that produces a prodigious amount of honey, the average worker bee, however, doesn't have much to its name and is just a small cog fulfilling its purpose in a big machine. They are raised to be content with that lot and not ask too many questions (such as "Hey, where is all the honey going?"). There's a reason why Germany and Japan have always gotten along so well.​
Click to expand...

Well explained. Except that Germany doesn't profit. Germany is the production house, milking cow of the beehive called Europe.

The honey doesn't got to the German workers as you say. The honey goes to the immense bureaucracy which is there to feed and protect internationalism (largest EU and UN sponsor), the owners of the companies (mostly non-Germans), Jews and migrants and jobless.

Also indirectly it is spread, the euro is diluted with large money creation in southern Europe. In reality the people in Southern Europe gain a stronger currency and can buy more for their euro than they could for their Italian Lira. Germany though can buy less, The Deutsche Mark would have much more stability and buying power than the current euro. A cheap currency is not an advantage, as it creates a poorer population.

en.wikipedia.org
We see here how Germans have gone relatively poorer since 2000.

The German social and cultural construct is that of worker bees. No complaining, grind on, strong acceptance of hierarchy, mourn the holocaust, high taxes, their ancestors killed and defames. Large floods of roaming migrants, queen bee women in power under Jewish control are getting men frustrated and humiliated. When you got to the larger cities you will find many homeless on the streets, addiction problems, mostly white German population, estimated 100.000s.

Germany has a spiritual sickness, Germans have lost their masculinity, their religion, their architecture (Modern Berlin is a brutalist disaster) and are a home for thieving killer bees from other countries who come there for free honey.

I think Germany is a great example for the internationalists as the ideal country. A large bureaucracy, a large underclass on welfare and social programs which together will always vote for larger government and a smaller but large depressed class of worker bees grinding on.

In my opinion, the German men are the saddest men of Europe.
Last edited: October 15, 2022
T

Orthodox
^Anyone know what the demurrage fee is on a tanker ship like this? If you order a 18-wheeler load in the US, but you can't offload it after 2 hours, you will pay $100/hour for that truck and driver to wait on your dock.
Last edited: October 18, 2022
T

^
No idea, but since there's a finite number of gas tankers available worldwide, we could be looking at the beginning of a large scale LNG backlog that will spill outside of Europe.

Pointy Elbows said:
^Anyone know what the demurrage fee is on a tanker ship like this? If you order a 18-wheeler load in the US, but you can't offload it after 2 hours, you will pay $100/hour for that truck and driver to wait on your dock.
Click to expand...

Not sure, but when I was working at a dock here in Vancouver, the fine was $100k per day. But that was a construction dock.
T

My guess is that this will not work, any more than their price capping schemes for gas and oil. If the sellers are demanding a market price for energy, and Germany tries to say they'll pay less than market, the seller will just decline the sale. As far as windfall taxes go, these will just be passed along to the customers, the same as all other business taxes.
T

Thomas More said:
My guess is that this will not work, any more than their price capping schemes for gas and oil. If the sellers are demanding a market price for energy, and Germany tries to say they'll pay less than market, the seller will just decline the sale. As far as windfall taxes go, these will just be passed along to the customers, the same as all other business taxes.
Click to expand...

Forcing the energy sector to sell at cost - by taxing their "excess" (who and how will decide what's excess ?) profits - will lead to bankruptcy of the sector. Eventually the power grid will have to be nationalised and put on an IV of government (taxpayer-funded) subsidies. So the ordinary energy consumers might pay lower bills, but the difference between the cost of energy and the price at which it's sold will be covered from their taxes.
You must log in or register to reply here.
Share:
Twitter Email Share Link
Top