La Águila Negra said:
The majority will only start growling when they get hit in their wallets

I am still hoping for 20 percent cuts on pensions, allowances and public servant paychecks

They'll probably just hide the loss of wealth through inflation. People are too dumb too understand. Likewise the average boomer still fails to comprehend that the price of housing vs. real income has increased by about 400 percent since 1980
Click to expand...

Unfortunately, as history shows, the sheeple can accept 20% and even 95% cuts to their wealth without much protest, and will, also, blame the wrong actors for these losses...
20% haircut just happened - that's about how much dollar purchasing power in the States had devalued in 2020, that's how much their savings, salaries, pensions, social security payments, treasury paper investments had just devalued, but yes they are too dumb to understand that.

As to boomers....for some reason every time I'm in the grocery store it's full of obvious retirees and very old ones, in surgical masks of course - if they're so afraid of "deadly virus" why are they not using curbside pickup/online orders and why are telling others to wear masks instead... Some of them even go "shopping" having to ride carts because they're too sickly or fat to walk in the store, while they have their adult children who shop along with them -- all masked, of course...and I'm supposed to wear a mask which prevents me from breathing to "protect" those??

I do not have good expectations about resistance (here at least, in the US)...every grocery store is full of poison, 99% of foods sold here are harmful to health/fake/processed/full of glyphosate, pesticides, additives, fake flavors, transfats/toxic fats such as canola, bad sugars, etc. I don't even mention poisonous chemical crap in detergents, "air fresheners", human-sterilizing personal use chemicals, etc they brainwashed everyone to buy. All these fat zombies that stuff their pie holes with this feed (that makes them dependent on Big Pharma already) can't possibly be showing real resistance to being injected with poison. The injection of poison into their bodies is just a next logical step that was bound to happen.
The only reason we're not seeing actual lock-up camps like Gulag is elites had figured out that it's much more efficient to lock people up in their homes, no need for camp-building expenses, and electronic surveillance replaces iron-jawed guards at the gate and barbwire. There would be no real resistance if Gulags were built, but most are already living in Gulag without realizing it.
J

ginsu said:
What we need is a protest movement to start appearing inside the ranks of the police, medical professions and media
I'm not necessarily fed up so much with the average citizen, I blame the police mostly, these are the scumbags enforcing the rules. The average person just goes along not to get a fine or worse, its the only reason for most to wear it. They just want to live their life and stay out of trouble

Maybe this is naïve but I hope they will realize that the world they are creating by playing along and enforcing the dumb rules is also going to put themselves & their family in chains.

How many people do you have to throw to the ground for not wearing a piece of cloth before you can't live with yourself anymore
a year ?, two years ?. Even if the answer is never, they should start to feel that the work they are doing will hurt their quality of life more than the paycheck they are getting.

They also can't take those yearly holidays anymore or eat out and enjoy life like an average consumer, which is why they want to get that money in the first place. So I trust in the selfish aspect of the order takers
Click to expand...

If we ask the police in Nazi Germany, Soviet Russia and Mao China and besides that tens if not hundreds of insane regimes that we've seen in world history I highly doubt we can expect anything from the police. As long men think they are participating in good he will easily go along, whether it is in our case to protect the citizens against a killer virus, against the Jews in NG or against basically everyone with money who was supposedly subjugating everyone else, the reason doesn't matter. Once people believe they are doing the good thing they are capable of anything, and the police and military are an interesting case as they balance on a cord between evil leaders and good leaders and are basically a to for either one of them

Gold Member
We are going to have lockdown for life unless we have a revolution, don't we? This is the feeling I have....
R

Jeremy Vile said:
What makes you think that opposition is definitely increasing? Besides some demonstrations here in the Netherlands that were obviously demonized by the controlled and elite owned media systems, I do not see opposition at all. In fact, I see increasing masked aliens on the streets, a clear increase in the last weeks since we locked down utterly and completely compared to what it was. Moreover, mask compliance in supermarkets is 99 to 100%. I do agree that there are more people getting uncomfortable with the length of the measures, but besides a well watched underground show called Jensen that is awake I just don't see that much genuine opposition, which obviously is hard too given that you can't organize and and the system not least the media is fully rigged against you.
The problem with scientists attending the protests is the reach and scope; a scientist at a meeting may reach a 1000 people, the daily newspaper and news shows reach a million each. I do however hope that the uncomfortableness will erupt in increasing opposition once it gets clear that the new normal is actually the new normal and that the vaccines won't give a go back to how things were. Actually, I hope these illusions are broken as soon as possible, so people can actually choose a side.
Click to expand...

This German gentleman (please everyone, send him your prayers, pray for him with all your heart) is putting together a class action lawsuit, based on the testimony of hundreds of experts excluded from and censored by big tech, aiming to expose the fraud:

Contact Dr Reiner Fuellmich: [email protected], or you can contact him via his contact page on his website. He does get hundreds of emails per day, which are all read and says he responds to those
www.covidtruths.co.uk

And there are protest marches throughout Europe breaking out in December that are ignored by the legacy media. And these people know what is happening, they’re not confused about the elites’ motives:

Number 62 In this issue: We will prevail! Naming the enemy Shattering illusions Here comes Santa Klaus! Jaime Semprun: an orgrad inspiration Acorninfo 1. We will prevail! It was back in March 2020…

Snippet from a news item

An extension of the Corona lockdown beyond January 10 is becoming more and more likely (in Germany).
"I'm very concerned about New Year's Eve celebrations. That needs to be stopped urgently."

You slaves are not allowed to have any kind of fun. Stay at home and shut up.

Glaucon said:
We are going to have lockdown for life unless we have a revolution, don't we? This is the feeling I have....
Click to expand...

IF the virus hoax won't do it anymore, they will tell us to keep living as though we are in lockdown forever to save the climate

Its not about the climate of course, its just about control and keeping us in an ever smaller living space with less options

An extension of the Corona lockdown beyond January 10 is becoming more and more likely (in Germany).
"I'm very concerned about New Year's Eve celebrations. That needs to be stopped urgently."

You slaves are not allowed to have any kind of fun. Stay at home and shut up.
Click to expand...

They forget the very old lesson of bread and circus ....

IF the virus hoax won't do it anymore, they will tell us to keep living as though we are in lockdown forever to save the climate

Its not about the climate of course, its just about control and keeping us in an ever smaller living space with less options
Click to expand...

yeah.. we gave up pretty much all the rights we earned since feudalism ended in less than a year. It is kinda horrifying to think about really..

Glaucon said:
They forget the very old lesson of bread and circus ....
Click to expand...

The slaves are free to watch their stars on TV celebrating New Year's Eve.

There are rumours, the German government will introduce a hard lockdown with curfew restrictions on a radius with 15 kilometers.

It will not stop unless theres rebellion. What a shitshow

That canadian and Danish document that floated on /Pol last year with the steps being undertaken is looking legit but the stages were in the wrong order.

This is the correct order.

They are normalising the use of the military as well.

Troller said:
There are rumours, the German government will introduce a hard lockdown with curfew restrictions on a radius with 15 kilometers.
Click to expand...

If the incidence value is above 200, the movement radius should be limited to 15 kilometers around one's home.
However, monitoring is likely to be difficult.


Troller said:
It will not stop unless theres rebellion.
Click to expand...

That's true, no freedom without fighting.
A

Monitoring is easy, they just need to ask for google's Data. I love my Samsung smartphone, but at some point I will ditch it for a different device that has a hard killswitch for the RF modem.

Foolsgo1d said:
That canadian and Danish document that floated on /Pol last year with the steps being undertaken is looking legit but the stages were in the wrong order.

This is the correct order.

They are normalising the use of the military as well.

Also in beginning of projected COVID-19 mutation and/or co-infection. Not yet referred as COVID-21. But soon will

AntoniusofEfa said:
Monitoring is easy, they just need to ask for google's Data
Click to expand...

I don't carry a google connected device when on the road and my flip-fone is switched off all the time.

Leave phone at home or use a faraday cage. That´s what the Israelis did. When it will be chips. Don´t know what the solution will be.

Troller said:
Also in beginning of projected COVID-19 mutation and/or co-infection. Not yet referred as COVID-21. But soon will
Click to expand...

Kill said that the second plandemic could be a terrorist attack. I understand that launching something actually deadly would necessitate a cover like 'terrorism' to fly. This is not it, they just pulled out of their ass so I think it's another nothing-burger. No proper plandemic can come without vaccines.

The latest from the UK: 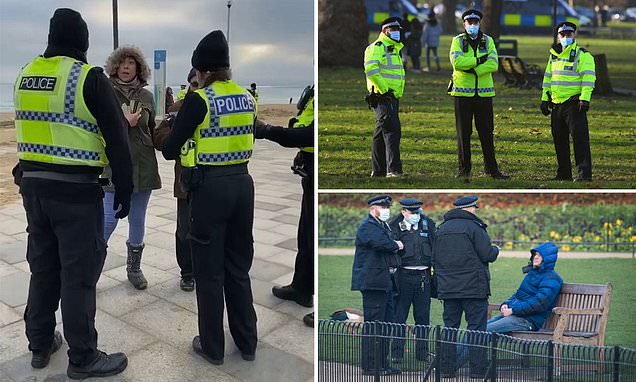 Officers in England will 'move through the gears' and charge people £200 if they think a person is flouting the restrictions and they will not go home when asked once.


Got to say that this increasingly comes to mind:

Get an answer for 'Explain the meaning of this quote from Orwell's Animal Farm: "The creatures outside looked from pig to man, and from man to pig, and from pig to man again; but already it was impossible to say which was which."' and find homework help for other Animal Farm questions at eNotes
www.enotes.com
Share:
Twitter Email Share Link
Top